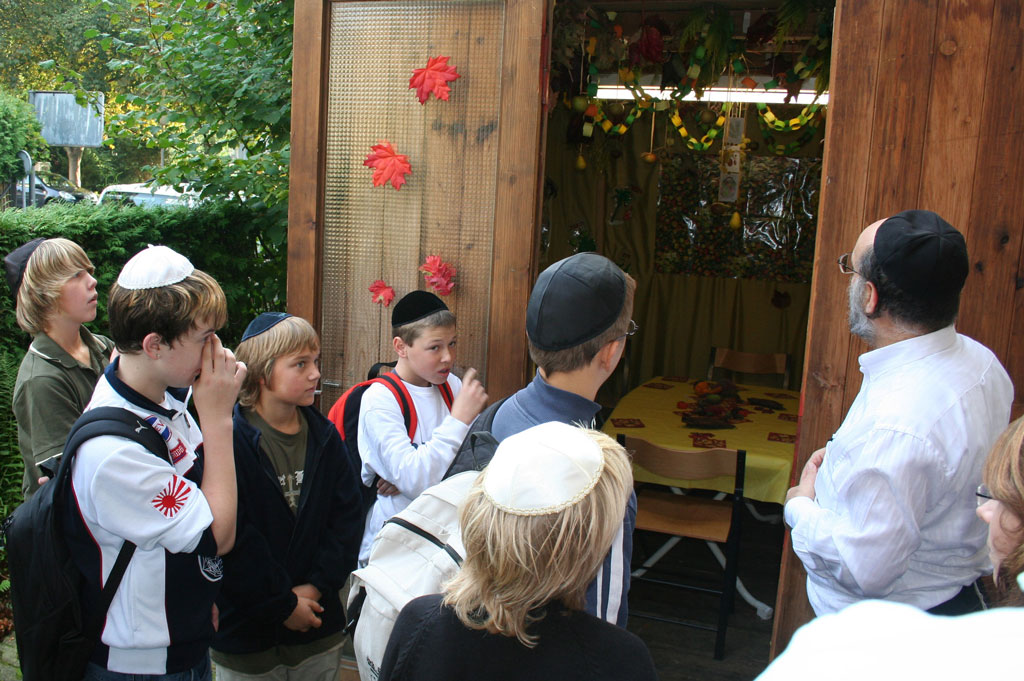 The Rabbi of the Israeli Community in Baden telling schoolchildren about the Feast of Booths © Schule Baden, Klasse 27, 2007 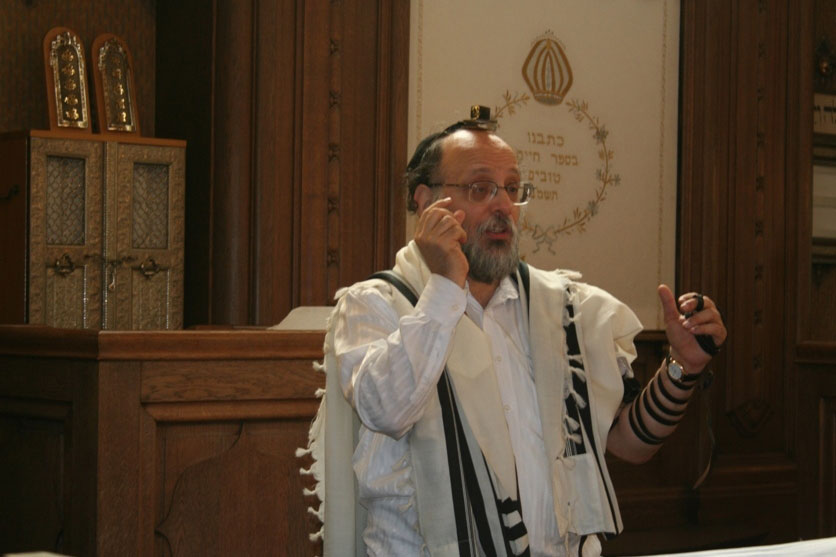 The Rabbi of the Israeli Community in Baden explaining the different objects used in prayer © Schule Baden, Klasse 27, 2007 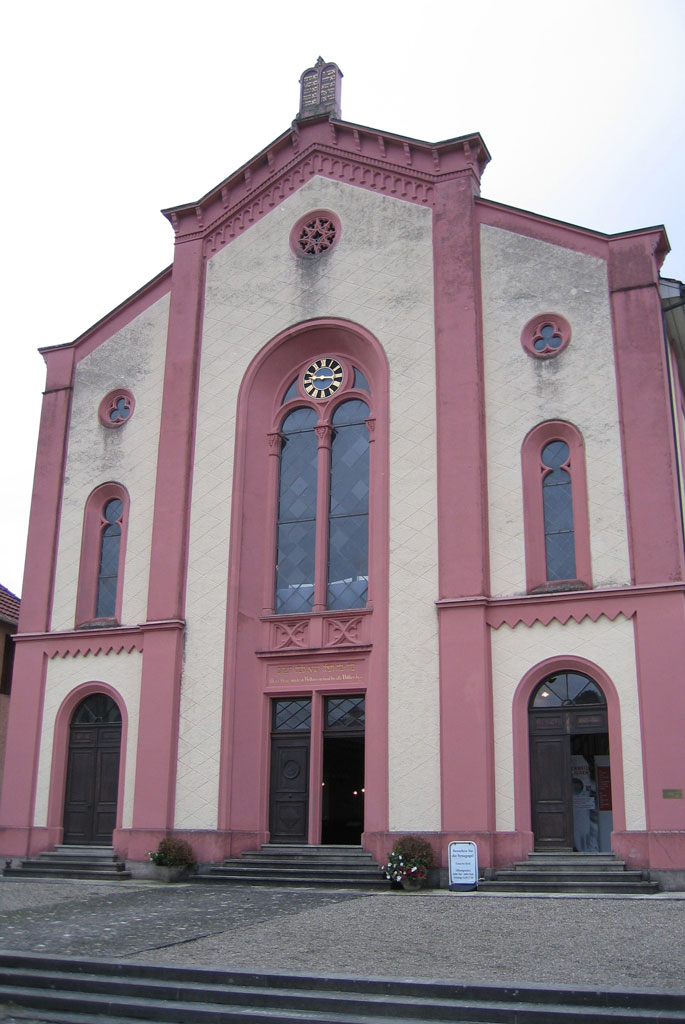 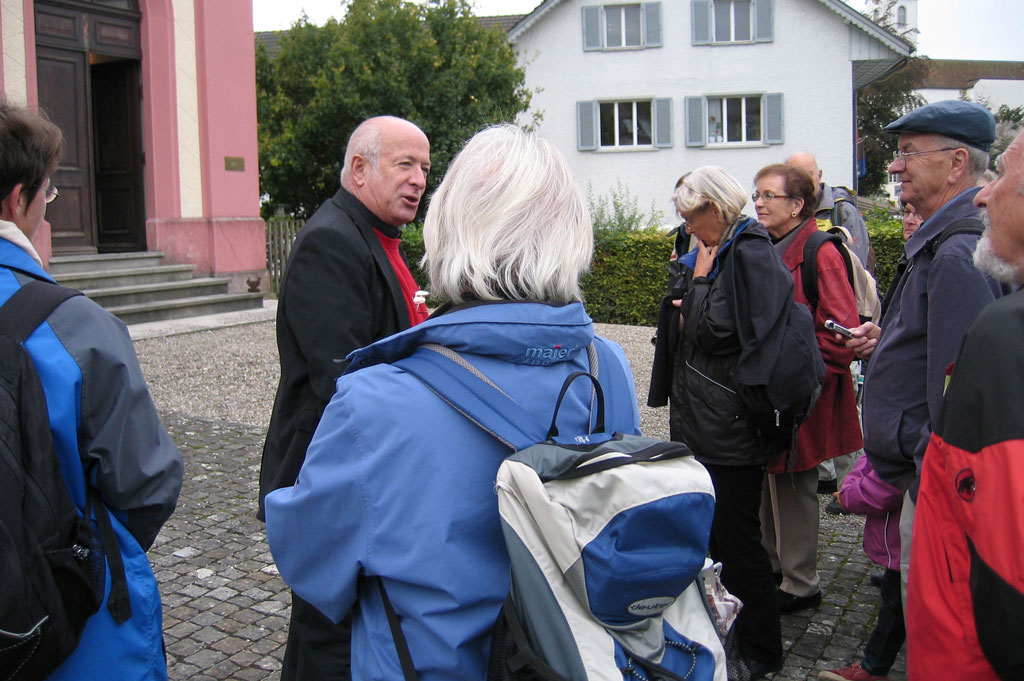 Expert Roy Oppenheim with a group of visitors on the Jewish Heritage Path Endingen-Lengnau © Karin Janz, 2011 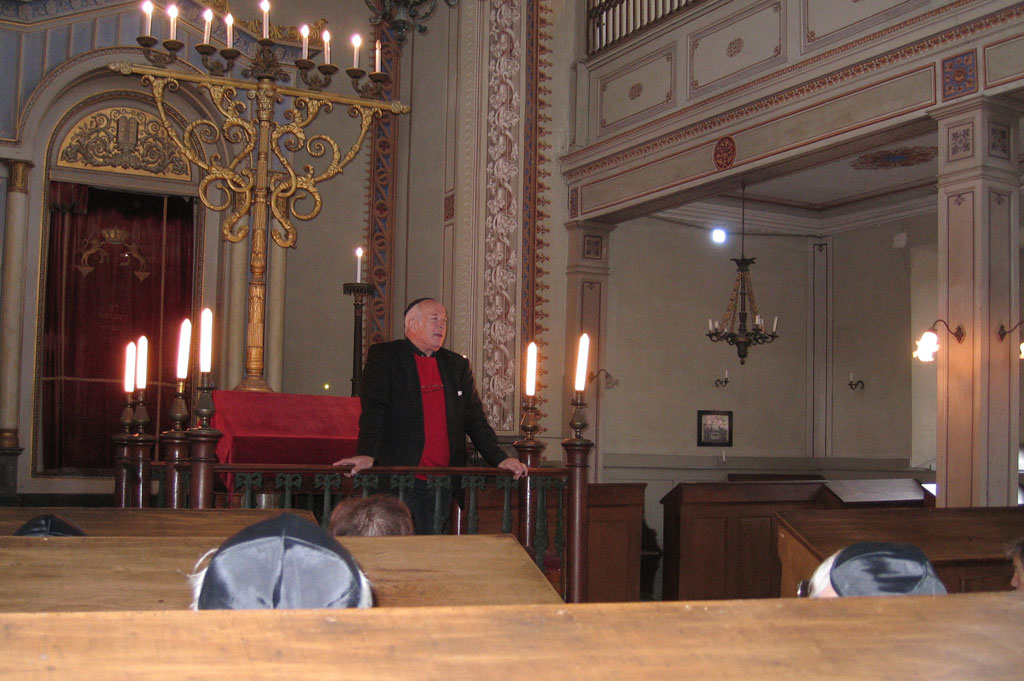 Lengnau synagogue: Visitors are given a head covering (a “kippa”) to wear in the synagogue © Karin Janz, 2011 A house with two front doors on Vogelsangstrasse in Lengnau © Karin Janz, 2011 A house with two front doors on Zürichstrasse in Lengnau © Kai-Bernhard Trachsel, 2011 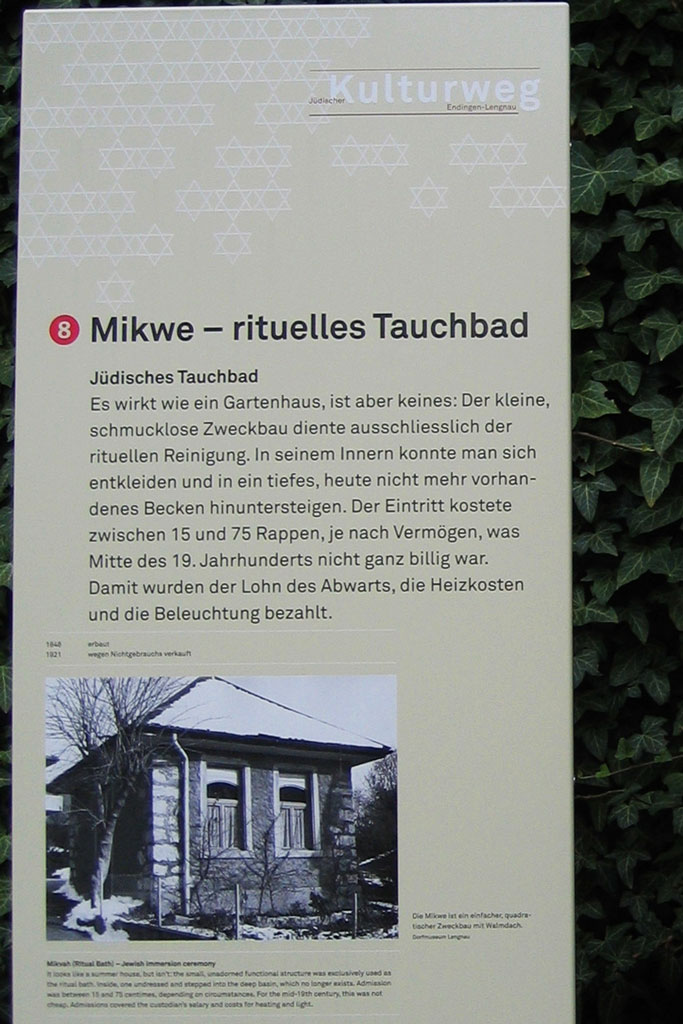 Plaques on the Jewish Heritage Path Endingen-Lengnau providing information on the history of Jews in Surbtal © Karin Janz, 2011 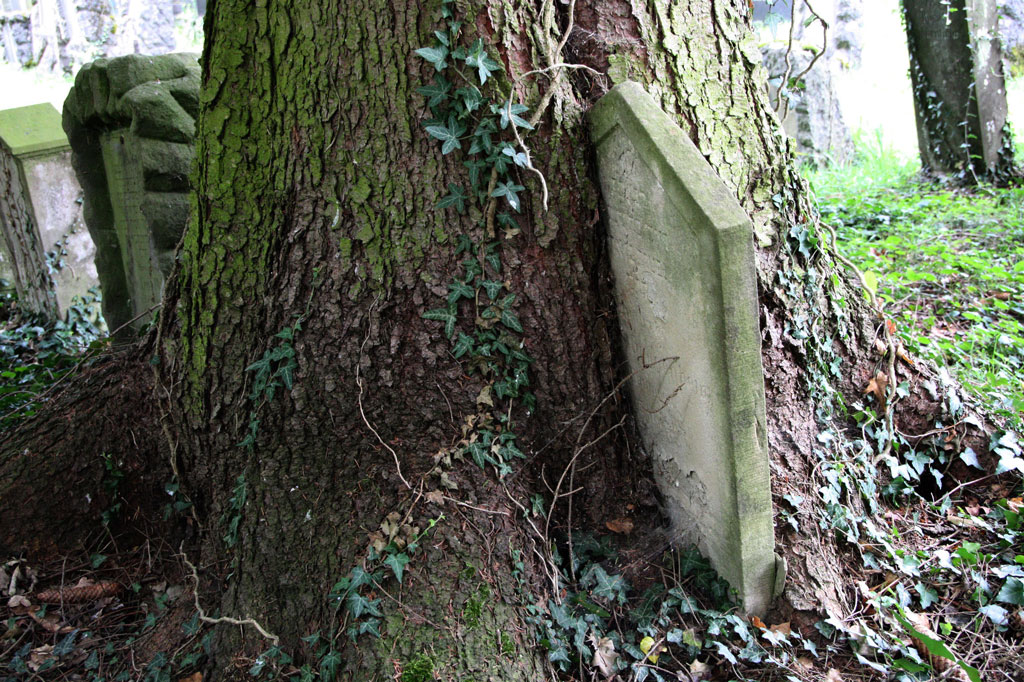 The oldest Jewish cemetery in Switzerland, situated on the border between the Endingen and Lengnau districts © Kai-Bernhard Trachsel, 2011 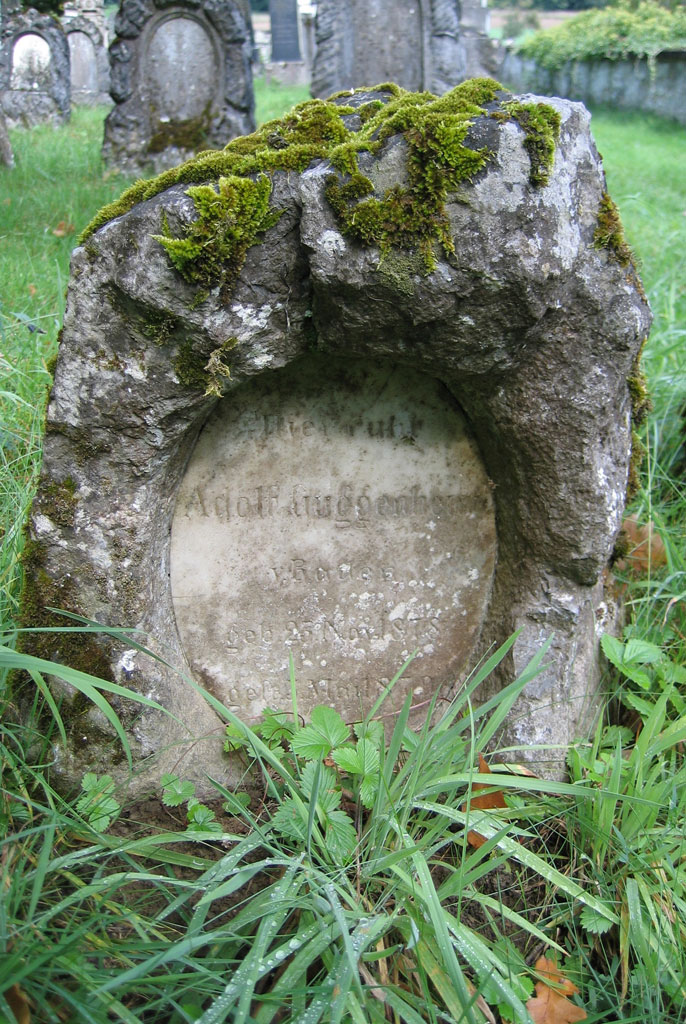 A small gravestone for a child in the Endingen-Lengnau Jewish cemetery © Karin Janz, 2011 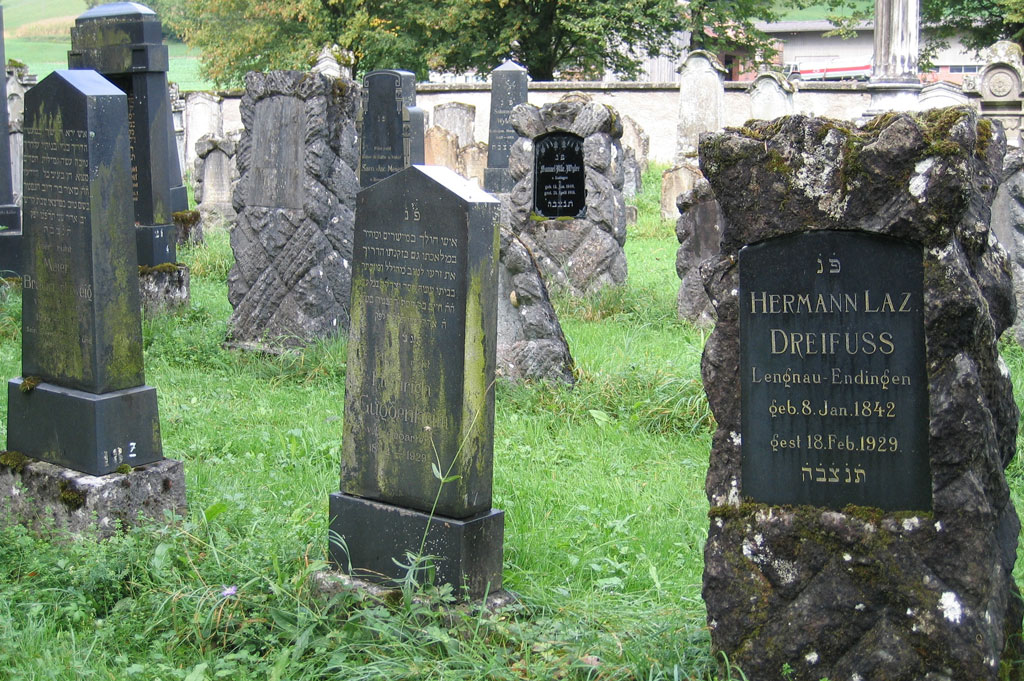 New plaques have been inserted into the old stones of some graves © Karin Janz, 2011 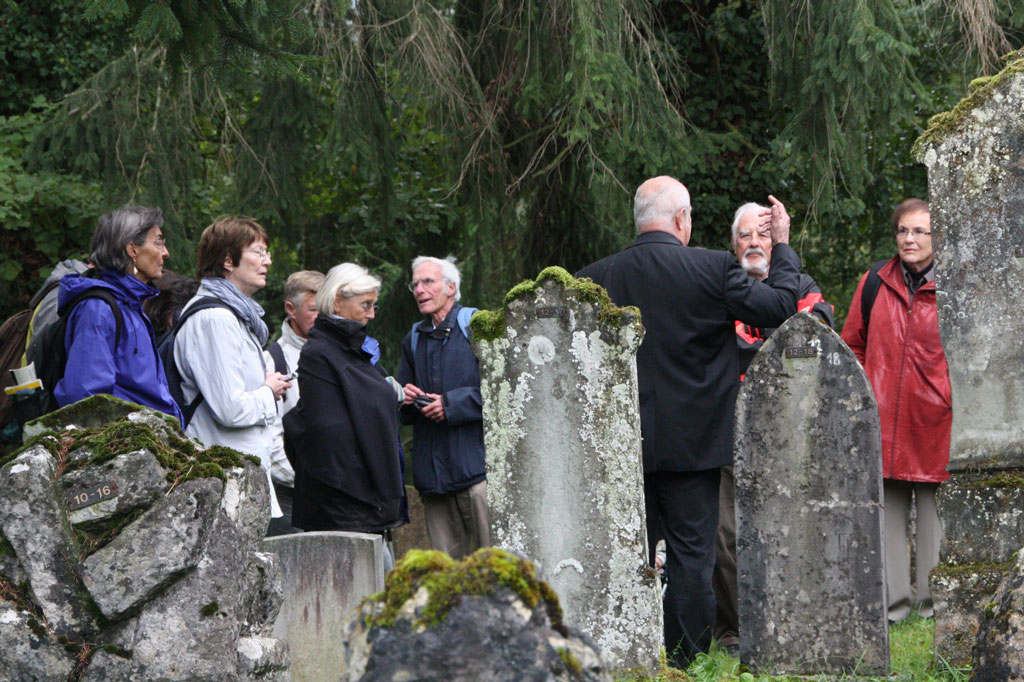 The graves are numbered and the names of the dead are published in a register © Kai-Bernhard Trachsel, 2011 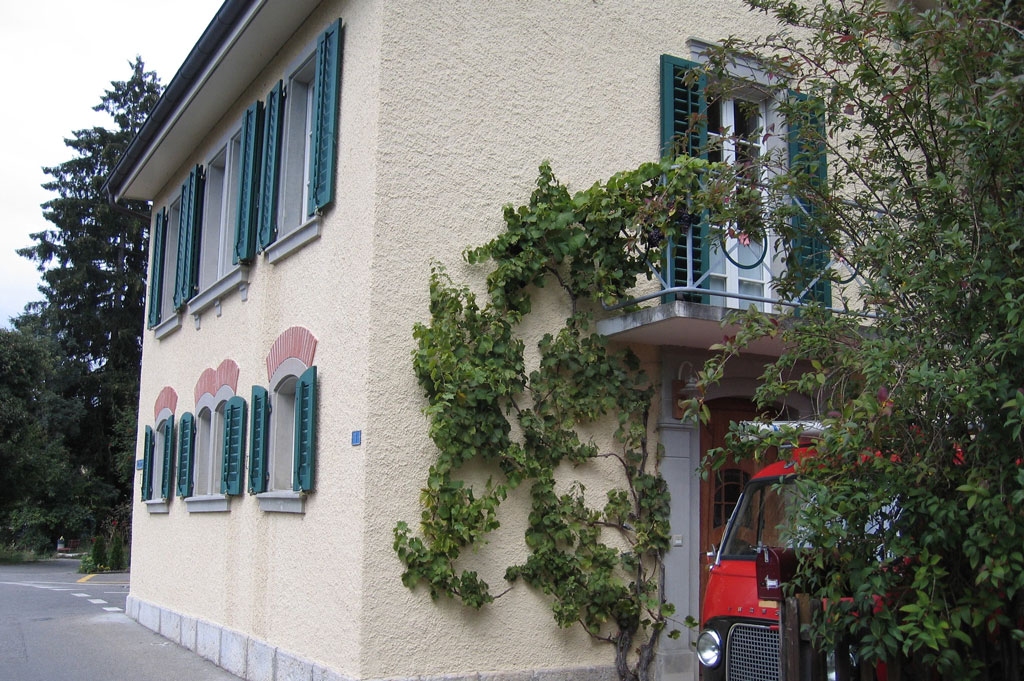 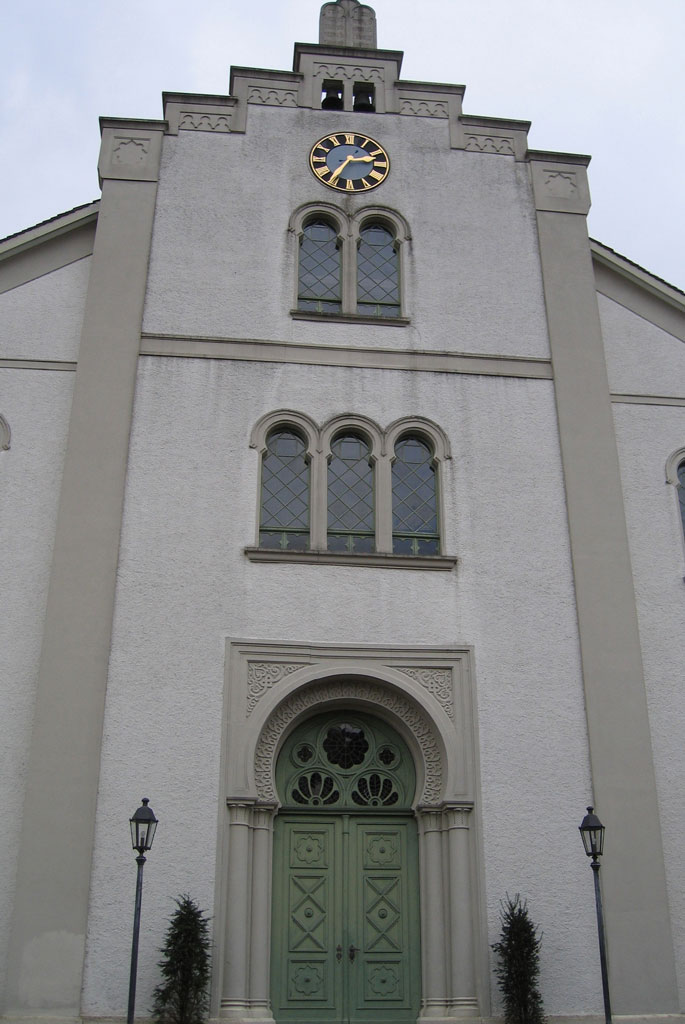 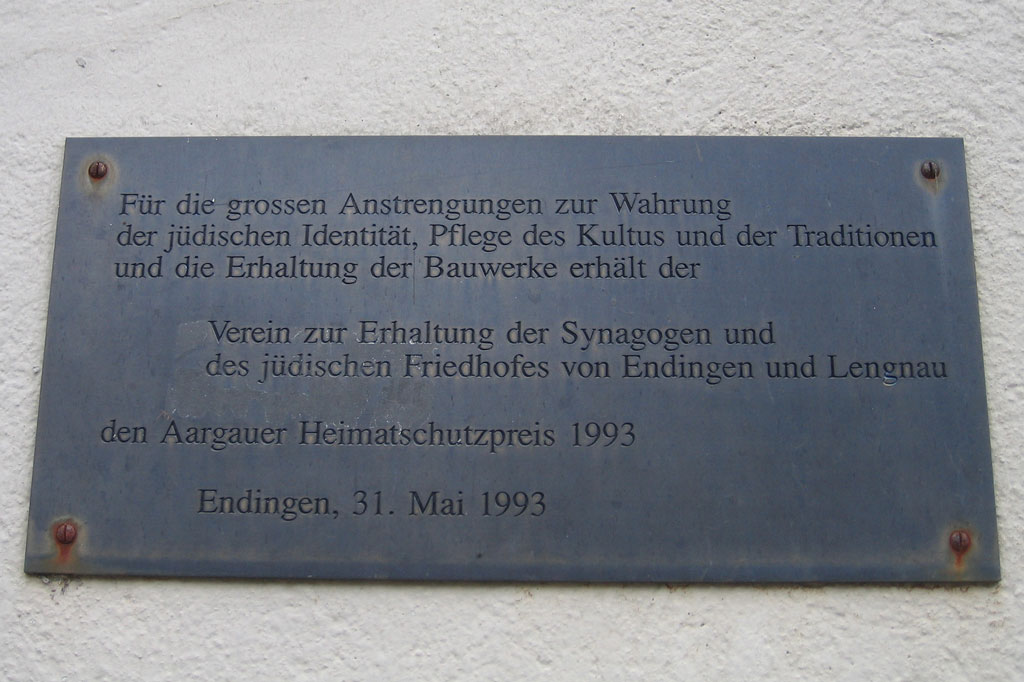 The 1993 Prize for Protecting the Homeland, awarded to the Association for the Preservation of the Synagogues and the Jewish Cemetery © Karin Janz, 2011

The canton of Aargau is especially significant for the history of Jewish people in Switzerland. The communities of Endingen and Lengnau in Surbtal were the centre of Jewish life in the country for more than two hundred years. Jewish families moved to these areas when they were driven out of the cities and when, at the beginning of the 17th century, Endingen and Lengnau were the only places in the whole of Switzerland where they were permitted to settle on a permanent basis. For a period of time, Jewish people accounted for a large proportion of the population of both communities, which came to be known as “Jew villages”. This piece of history remains a part of the canton’s intangible cultural heritage, and is commemorated in a variety of ways. Since 2009 the story of Jewish people in Surbtal has been told on the “Jewish Heritage Path Endingen-Lengnau”, and synagogues and other important buildings are open to visitors. Charles Lewinsky’s novel “Melnitz” takes readers to the significant places of local Jewish history. Furthermore, recent years have seen “Jewish Culture Week” in September, held primarily in Baden, and Endigen and Baden have active Israeli culture communities. In these ways and in their private lives, followers of Judaism, just like followers of any other religion, uphold many different traditions according to personal beliefs.