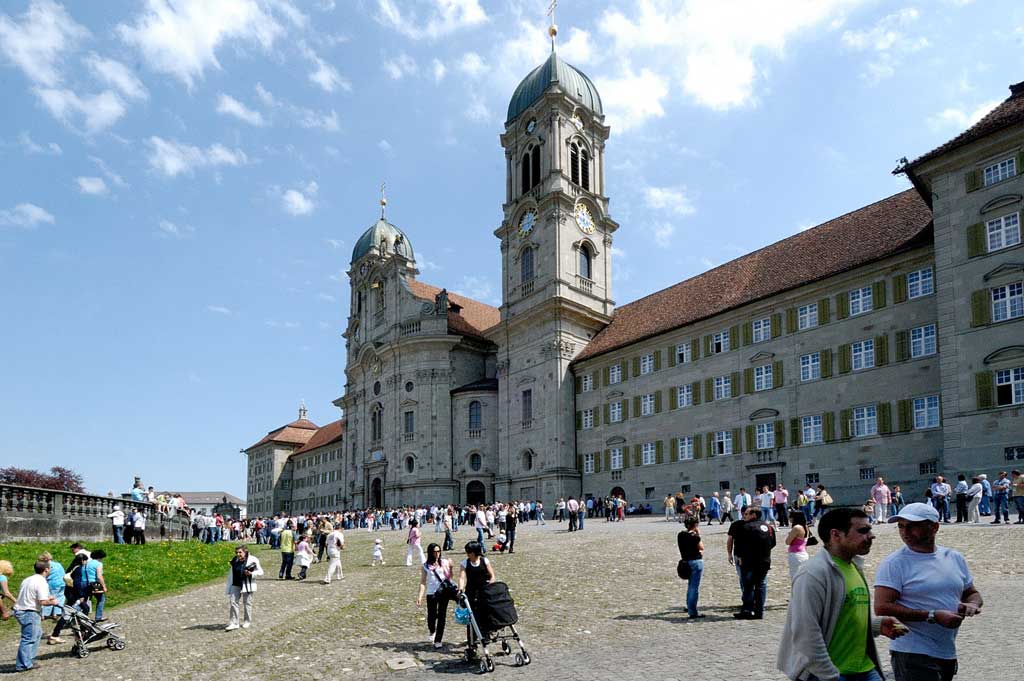 Pilgrims from around the world on the square in front of Einsiedeln Abbey, 2009 © P. Bruno Greis/Kloster Einsiedeln 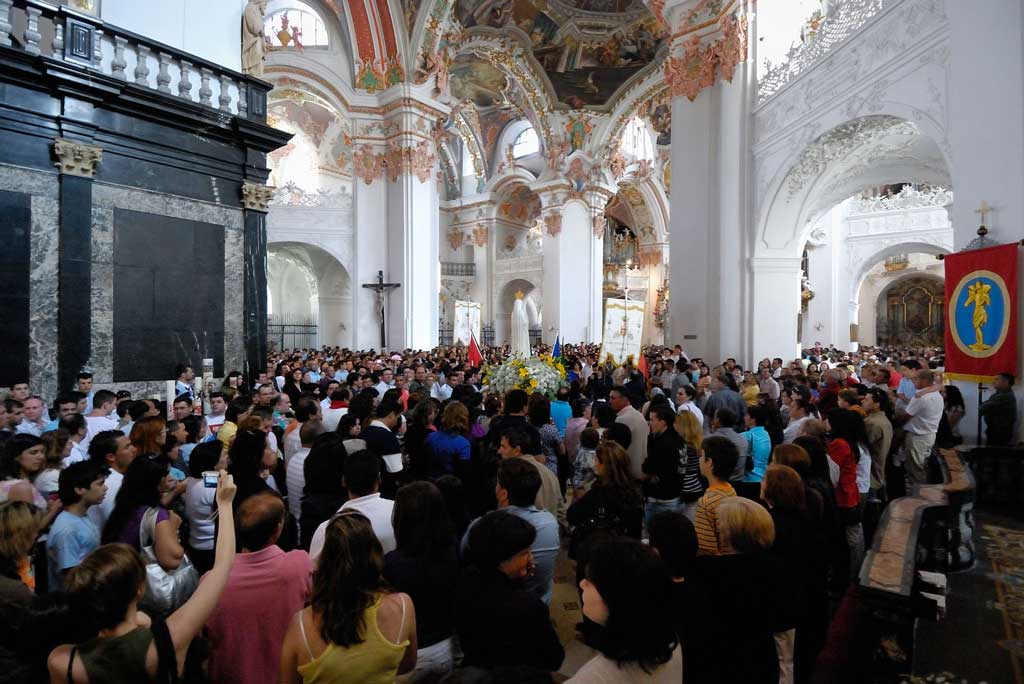 Crowds of pilgrims in Einsiedeln Abbey, with the Chapel of Grace on the left, 2008 © P. Bruno Greis/Kloster Einsiedeln 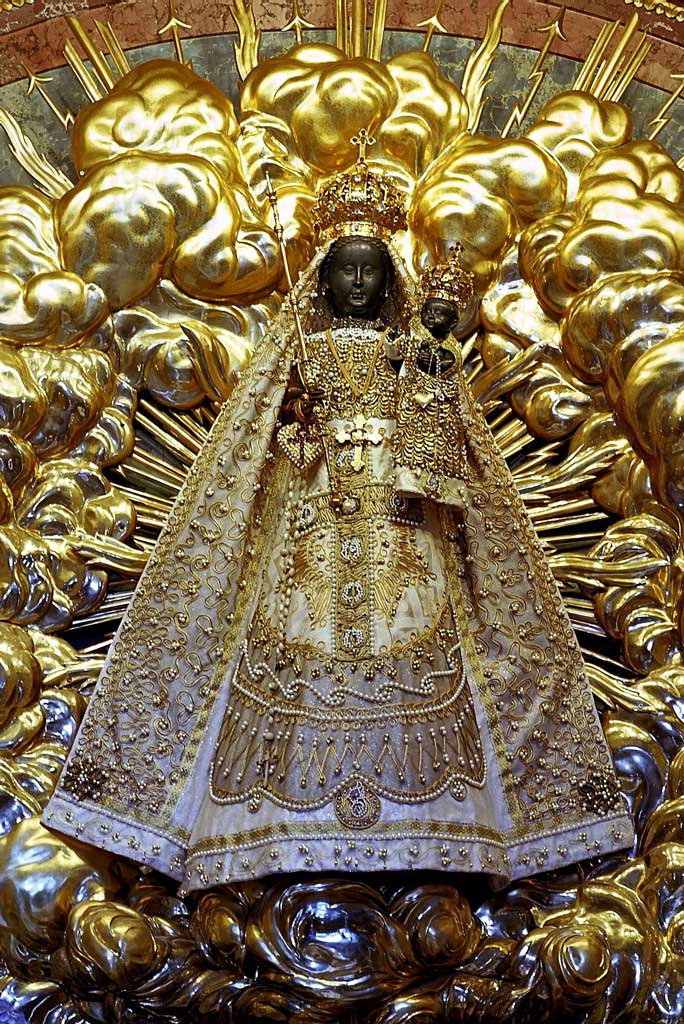 The focus of worshippers' attention: the Black Madonna in Persian robes in the Einsiedeln Chapel of Grace, 2008 © P. Bruno Greis/Kloster Einsiedeln 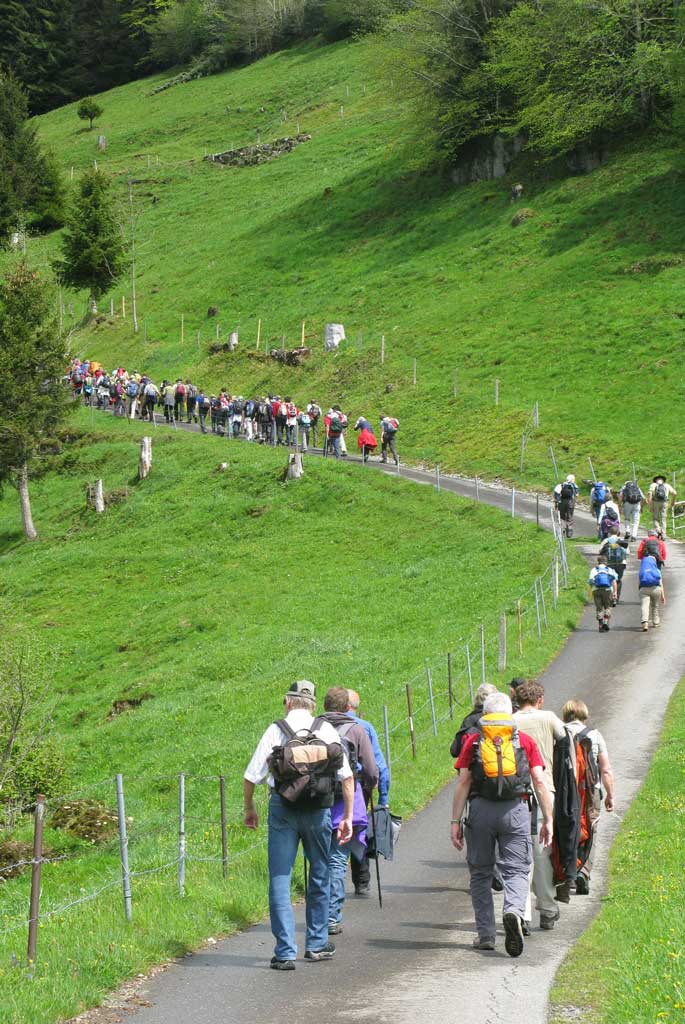 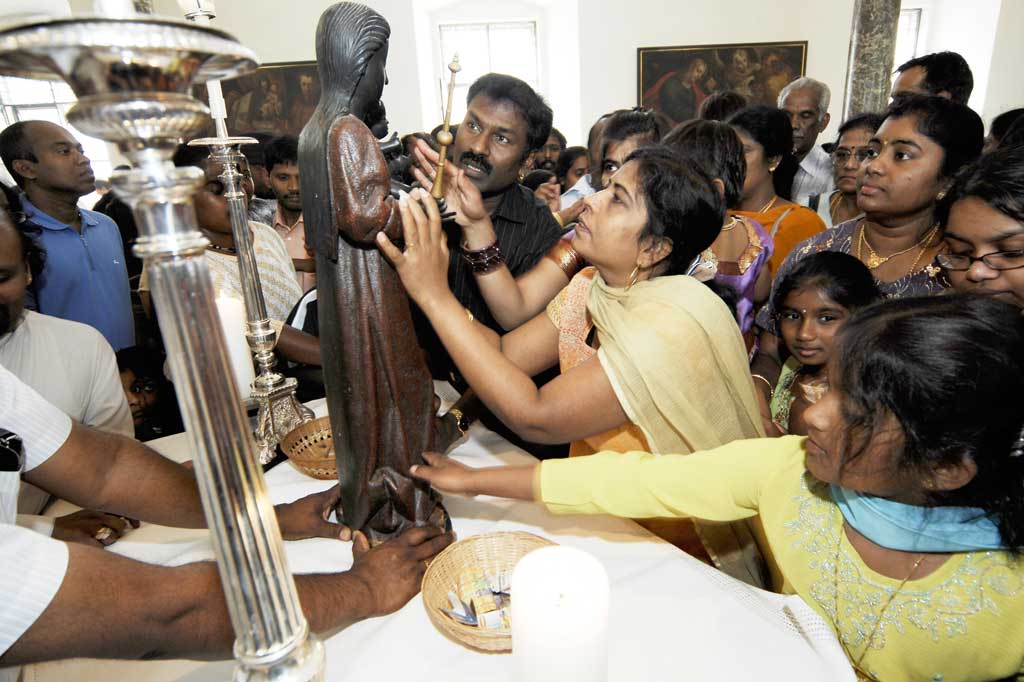 A group of Hindu Tamils who live in Switzerland worshipping in the Einsiedeln Abbey, 2007 © Christof Hirtler, Altdorf 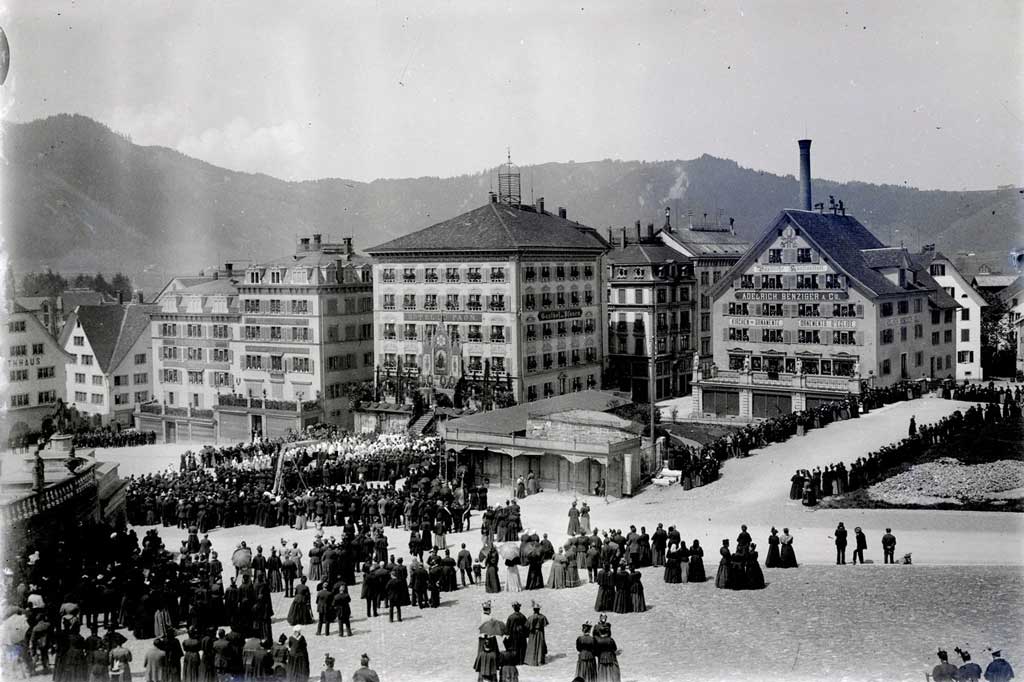 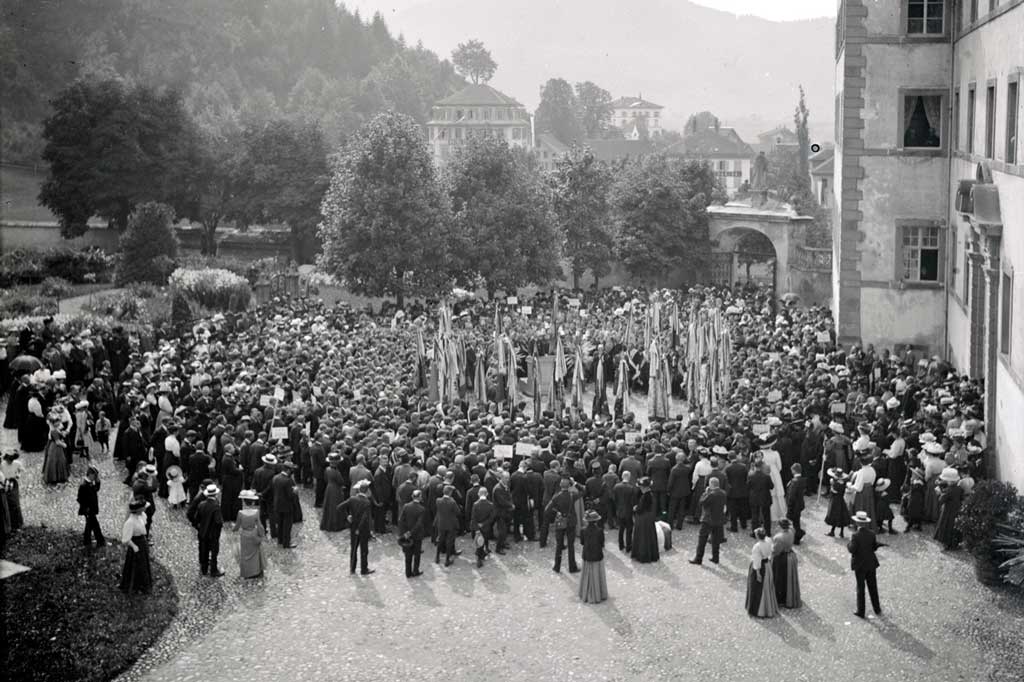 The practice of walking or travelling to a holy site – making a pilgrimage – is widespread among Catholics in Switzerland. Although many publicly celebrated religious rituals became less prominent and important or even disappeared completely in the second half of the 20th century, pilgrimages remained popular with a broad, socially varied group of people. In addition to the ancient religious reasons for making a pilgrimage, many of today's pilgrims are motivated by a yearning for self-discovery. Central Switzerland offers a multitude of sacred buildings with specific Maria and saint figures that are designed for local pilgrimages. There are also a large number of pilgrim churches, with icons and relics that attract audiences from beyond regional borders. The most frequented of these is the abbey at Einsiedeln. Each year, some 500,000 pilgrims from around the world visit the chapel of grace that is integrated into the abbey to view and worship the Black Madonna, a wooden statue from the late Gothic period. Most of these people come from Switzerland and neighbouring countries (Northern Italy, southern Germany and the Alsace), but many also travel from Eastern European countries such as Poland, Hungary and Slovakia. The tradition of making pilgrimages to Einsiedeln dates back at least to the 13th century, but is thought to be even older.