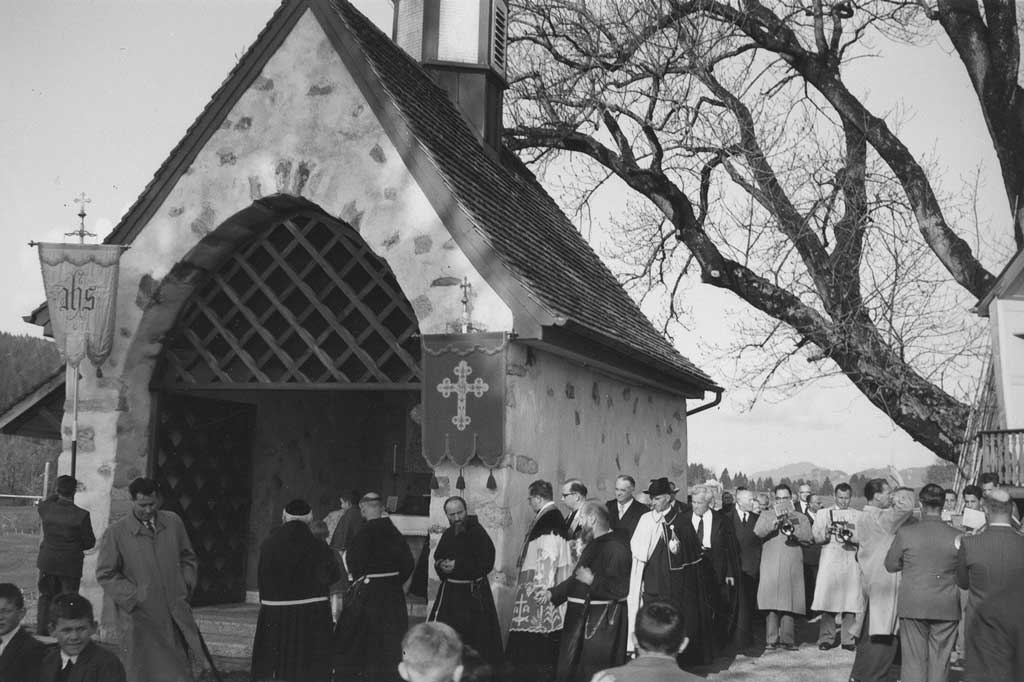 The arrival of the clergy, Capuchin monks and the council together with the Landweibel (an usher working for the cantonal government) at the Stoss chapel © Emil Grubenmann sen., 1955/Museum Appenzell 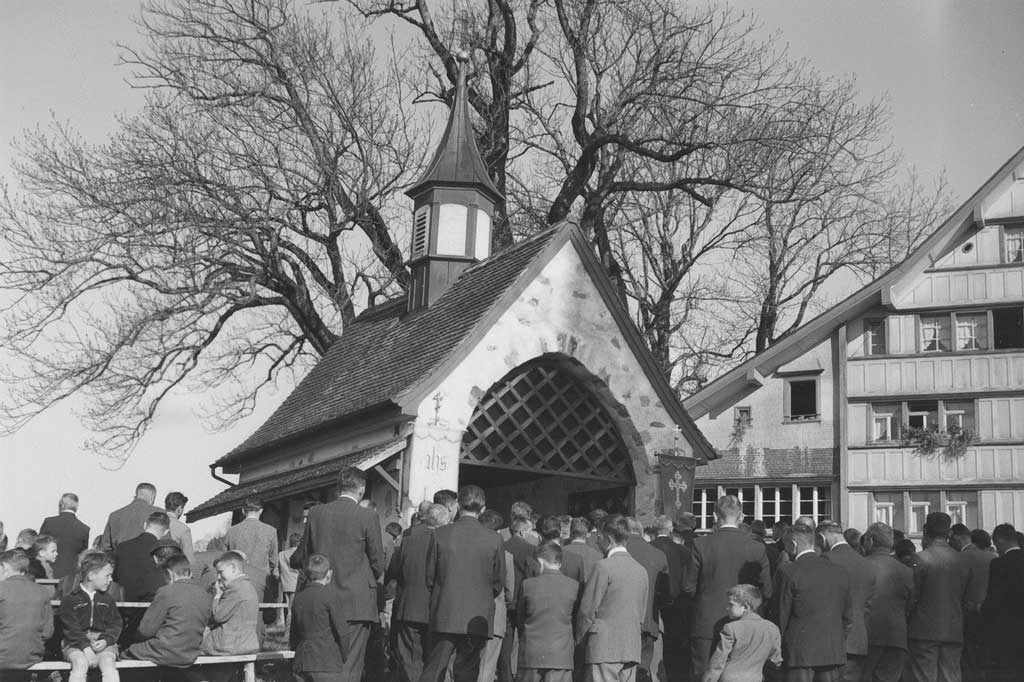 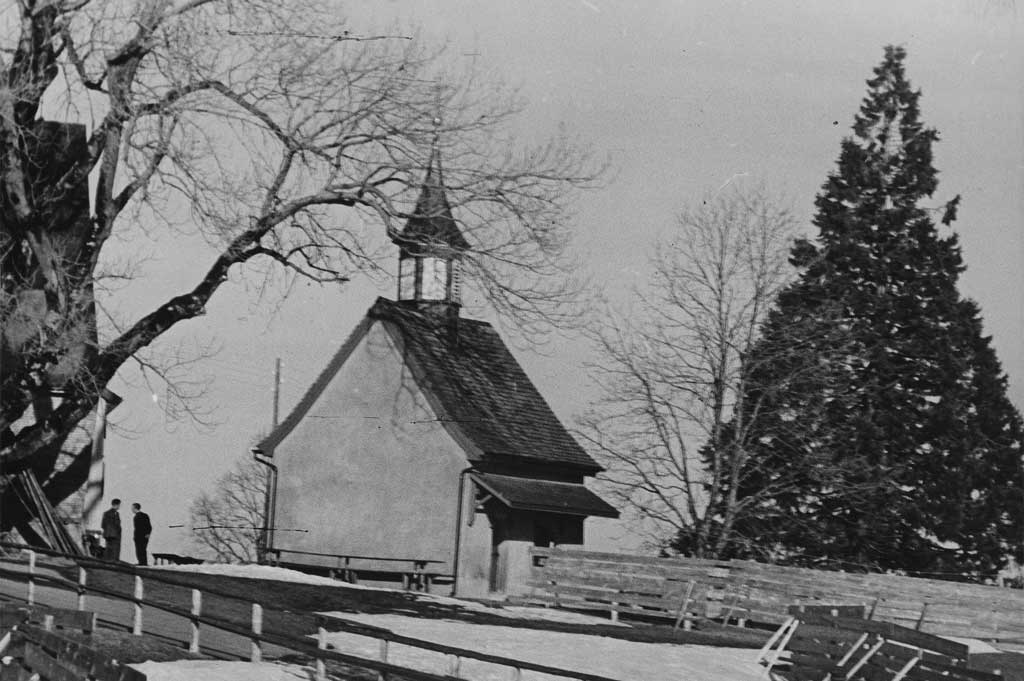 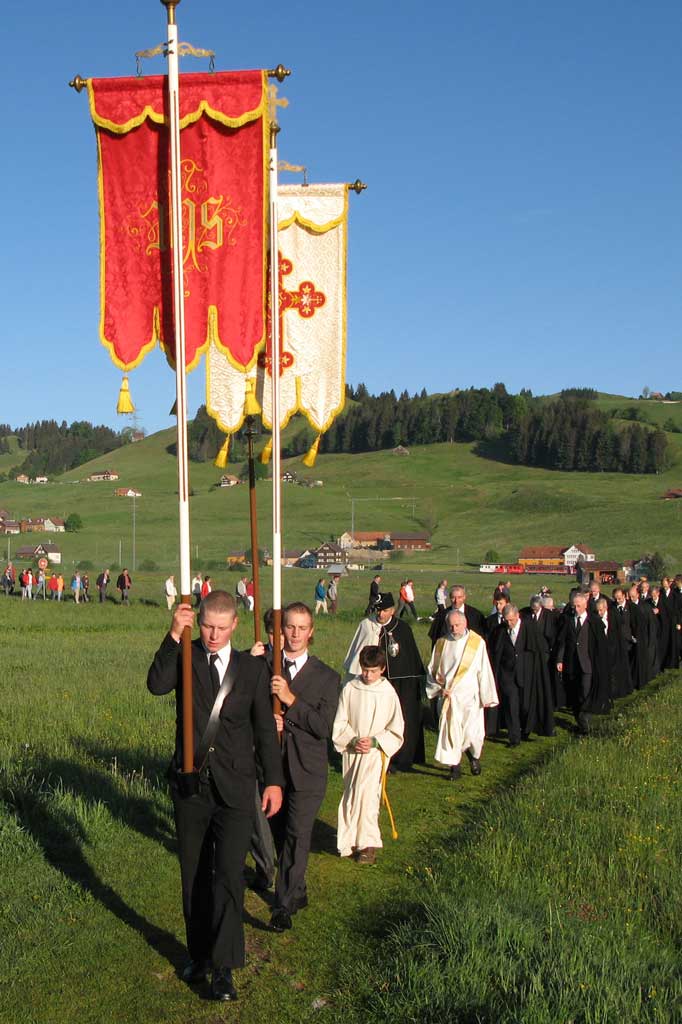 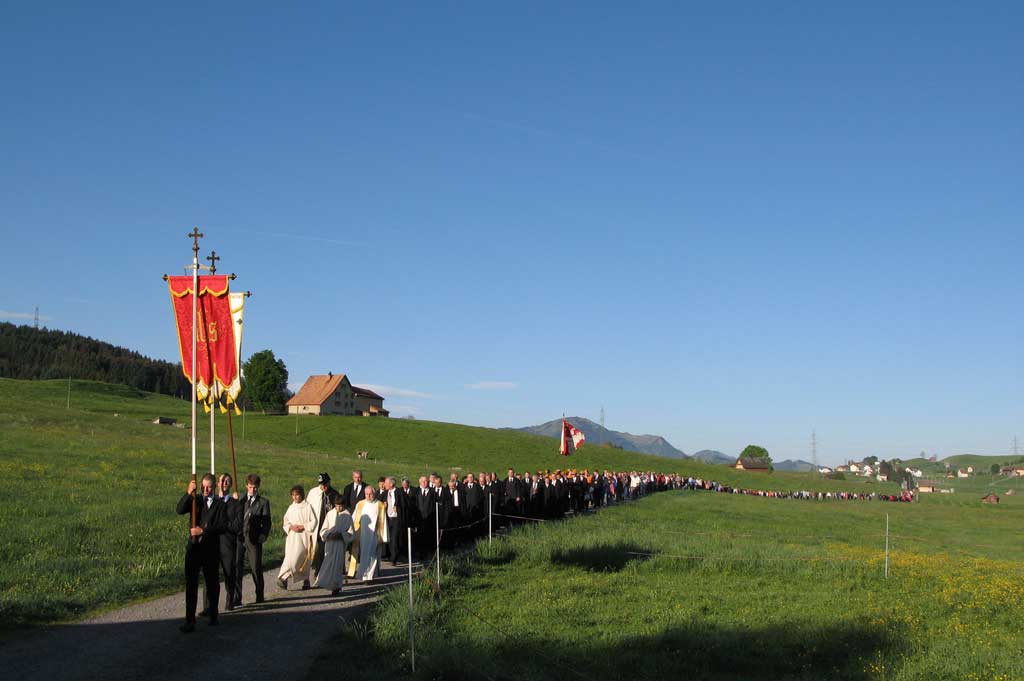 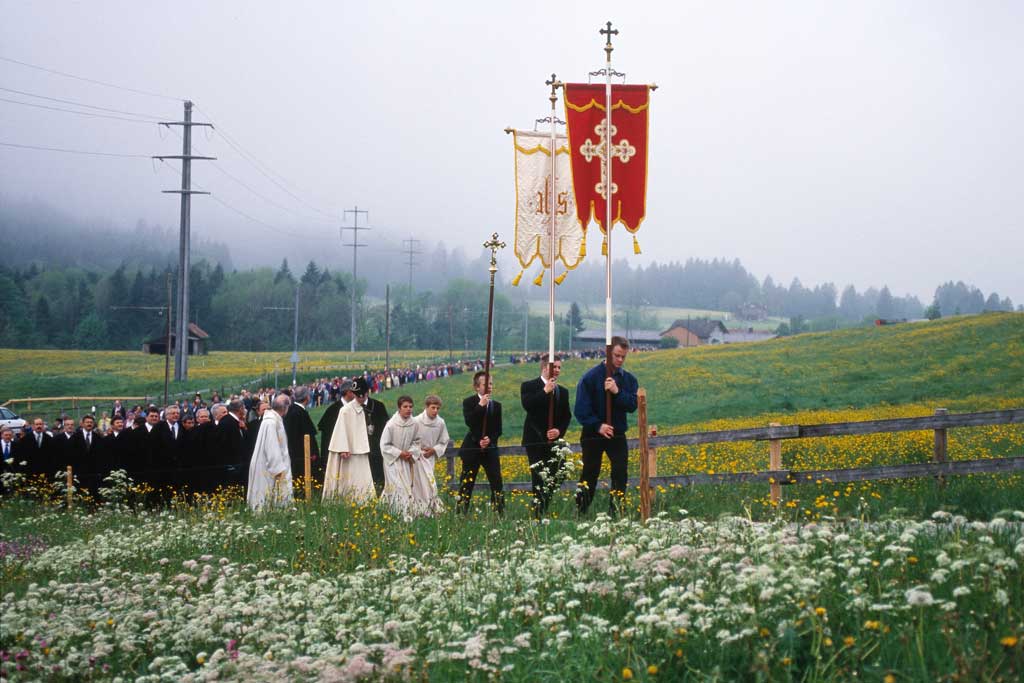 The Stoss pilgrimage shortly before its arrival at the Stoss chapel © Paul Broger, 2007/Kanton Appenzell Innerrhoden

The pilgrimage to Stoss (a mountain pass in the canton of Appenzell Ausserrhoden) takes place every year on the second or third Sunday in May. It commemorates the battle of Stoss in the year 1405, at which the people of Appenzell successfully fought against the rule of the Abbey of St. Gallen following a prolonged struggle for liberation. The battle marked a decisive victory over the abbey's troops and their Austrian allies. To commemorate it, the people of Appenzell pledged to hold an annual ceremony in honour of the fallen. At six in the morning, members of the clergy, the authorities and a sizeable group of pilgrims from the canton of Appenzell Innerrhoden gather in front of the parish church in Appenzell. According to the pledge, a respectable man or woman from every household should take part. Reciting the rosary prayers as they go, they then walk the nine-kilometre path to the chapel at Stoss. At the hamlet of Sammelplatz, the Innerrhoden council clerk reads a document known as the 'Fahrtbrief', which recounts the events of the battle and names the fallen residents of Appenzell. The Lord's Prayer is then recited five times in honour of the fallen. The pilgrimage continues via Gais in the canton of Appenzell Ausserrhoden to the Stoss chapel, where the priest holds a service which includes a commemorative sermon. Following a brief rest, the pilgrims then return to Appenzell by train.