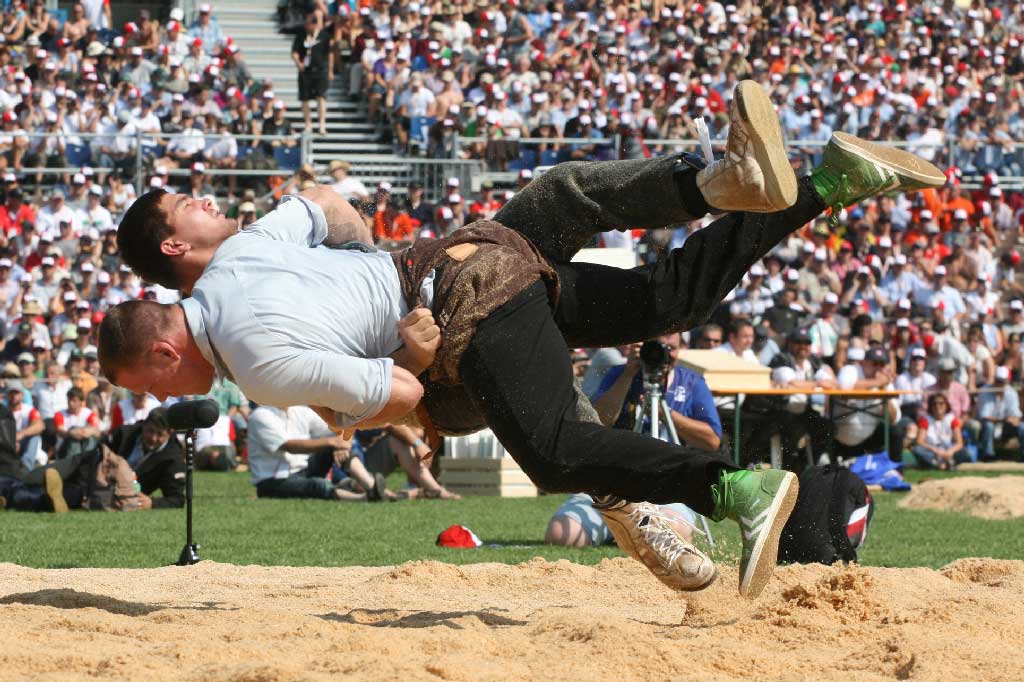 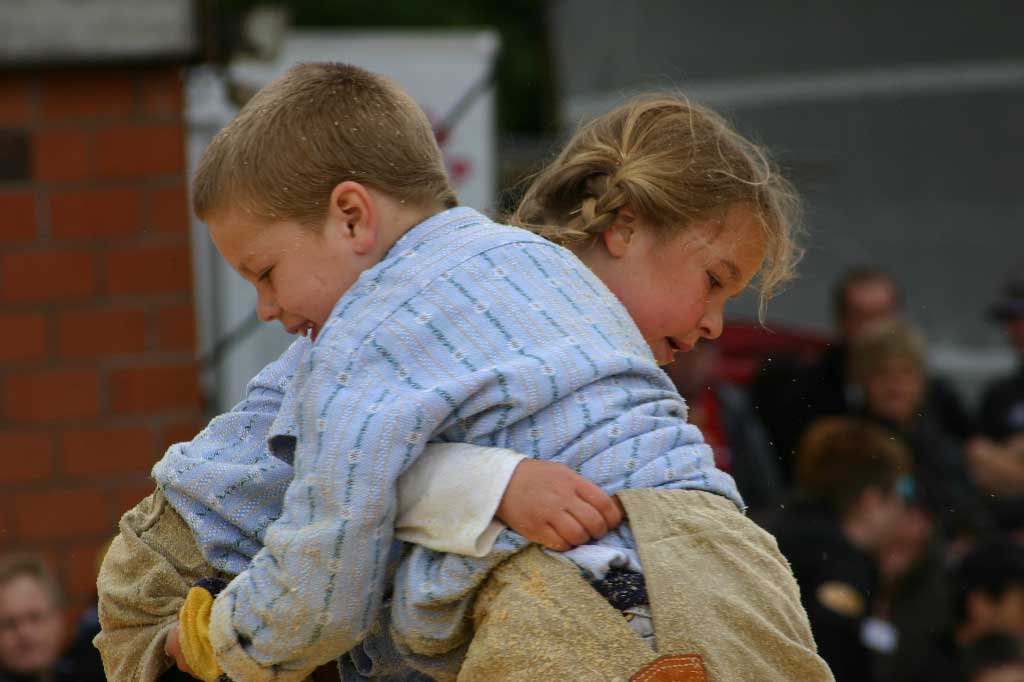 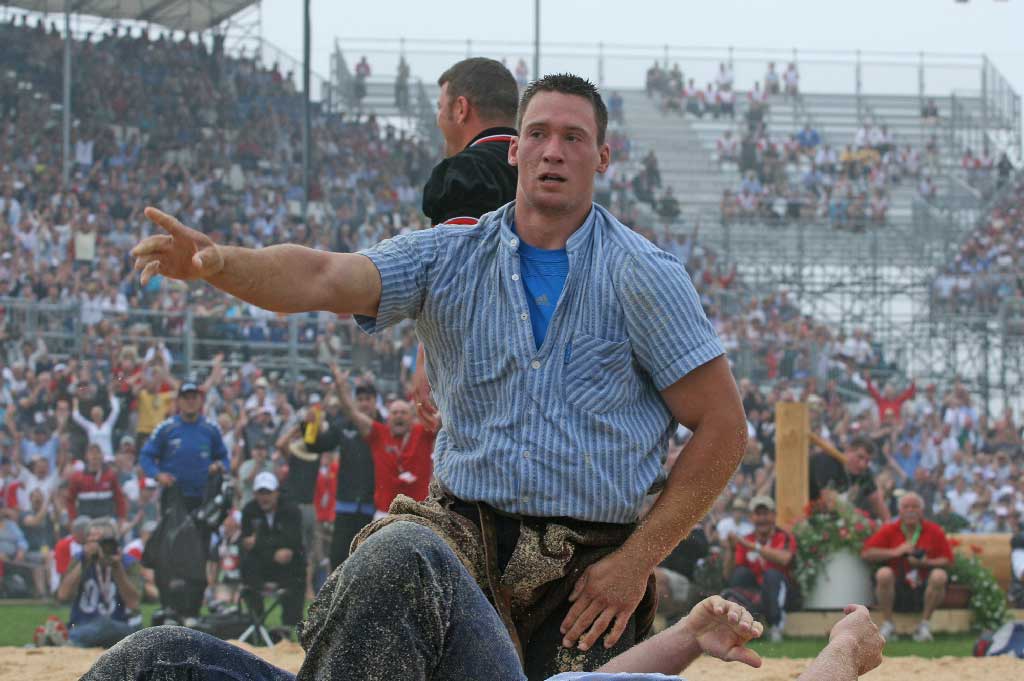 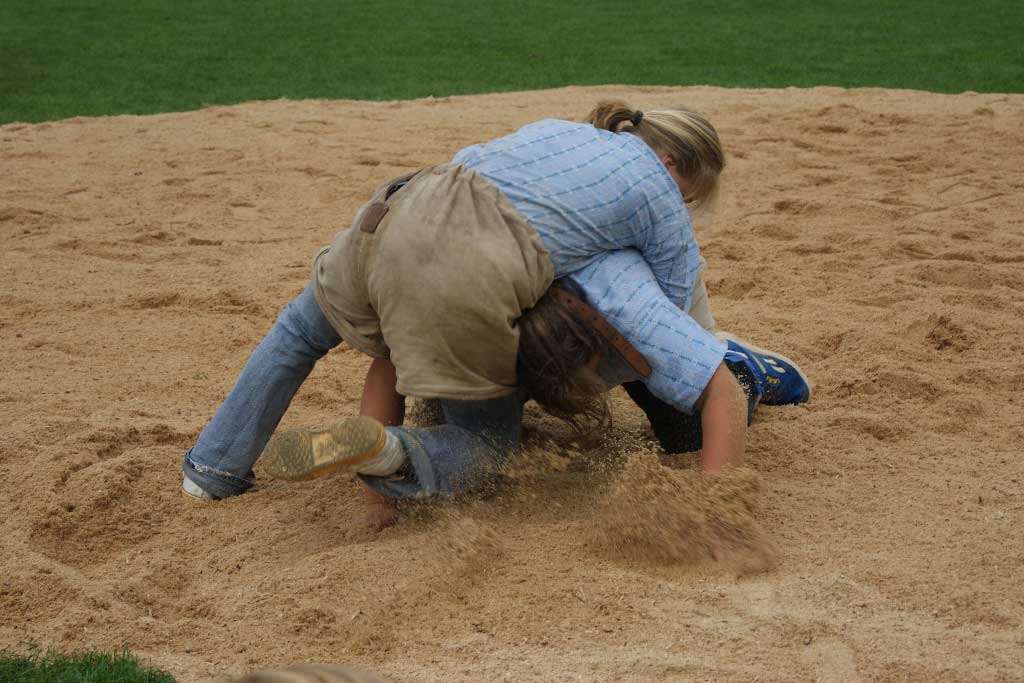 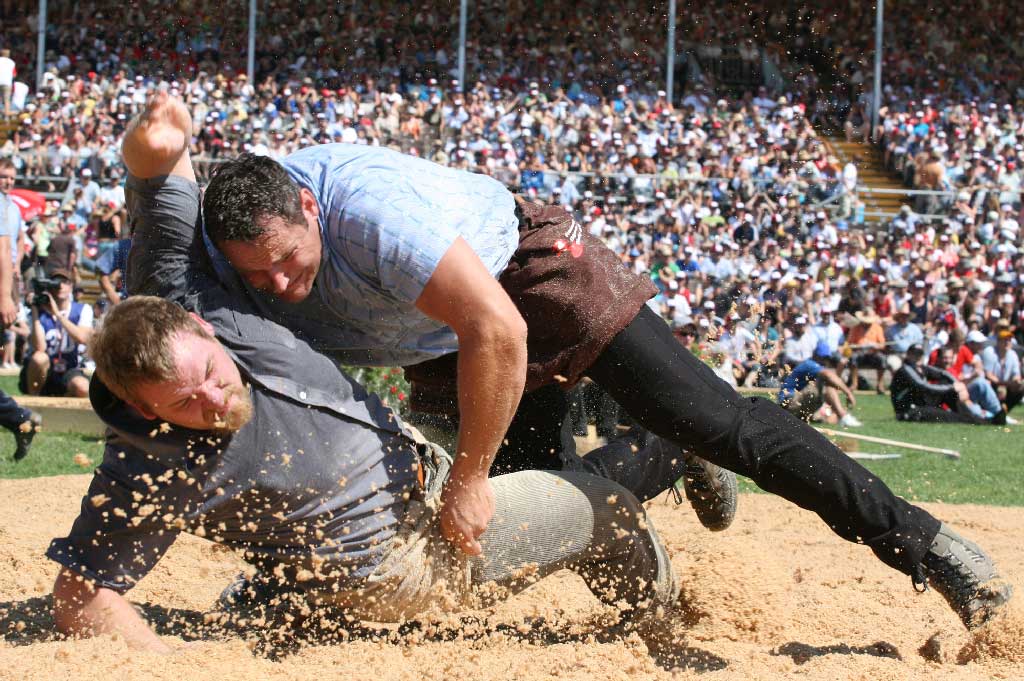 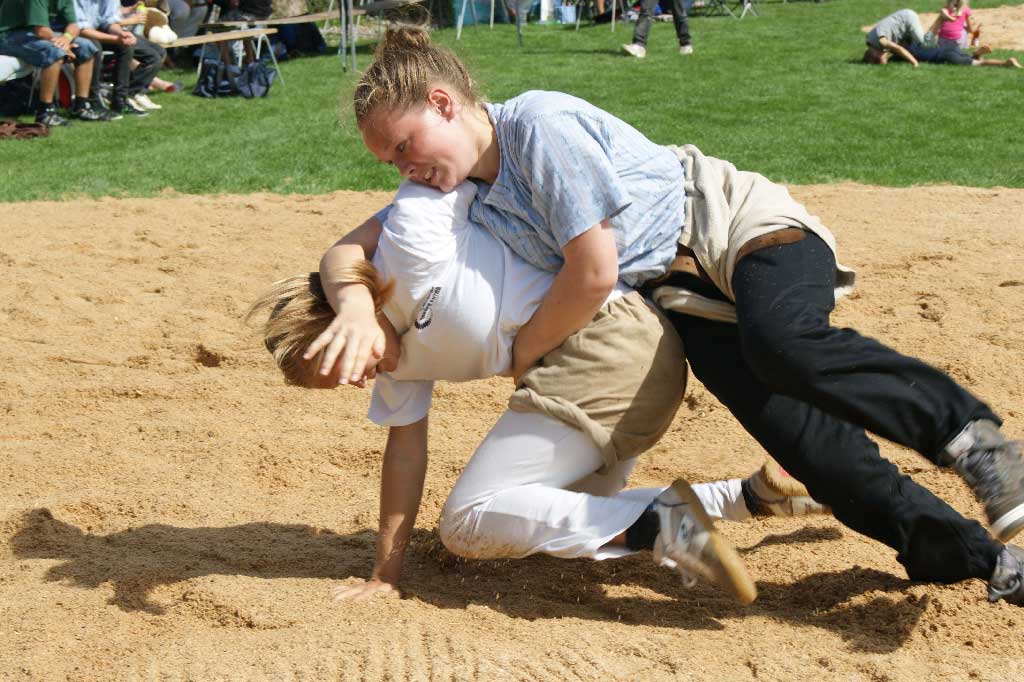 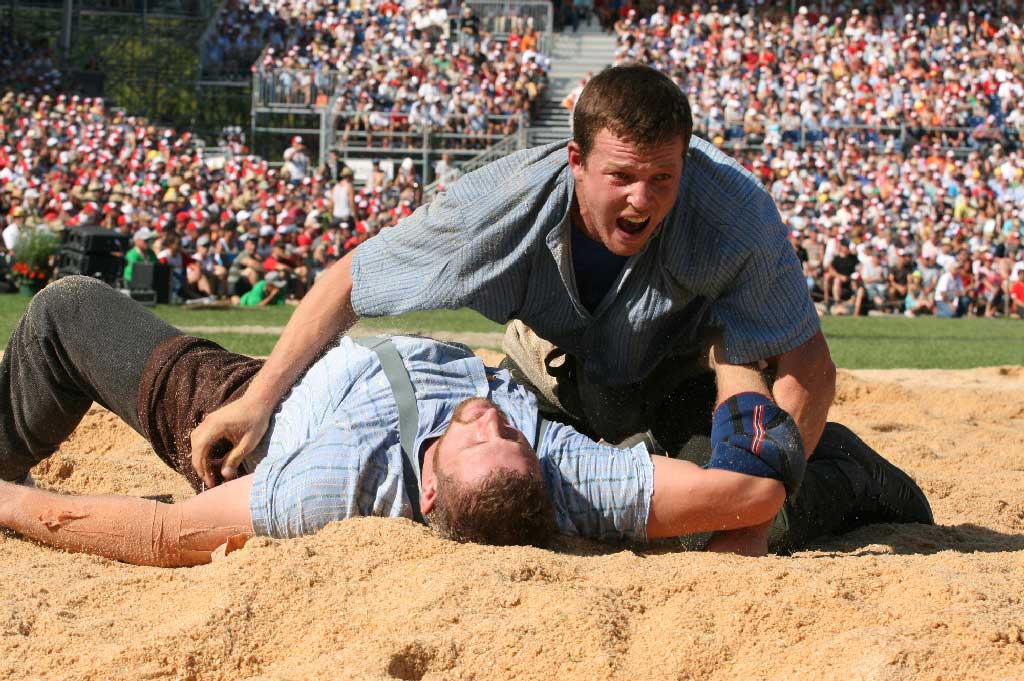 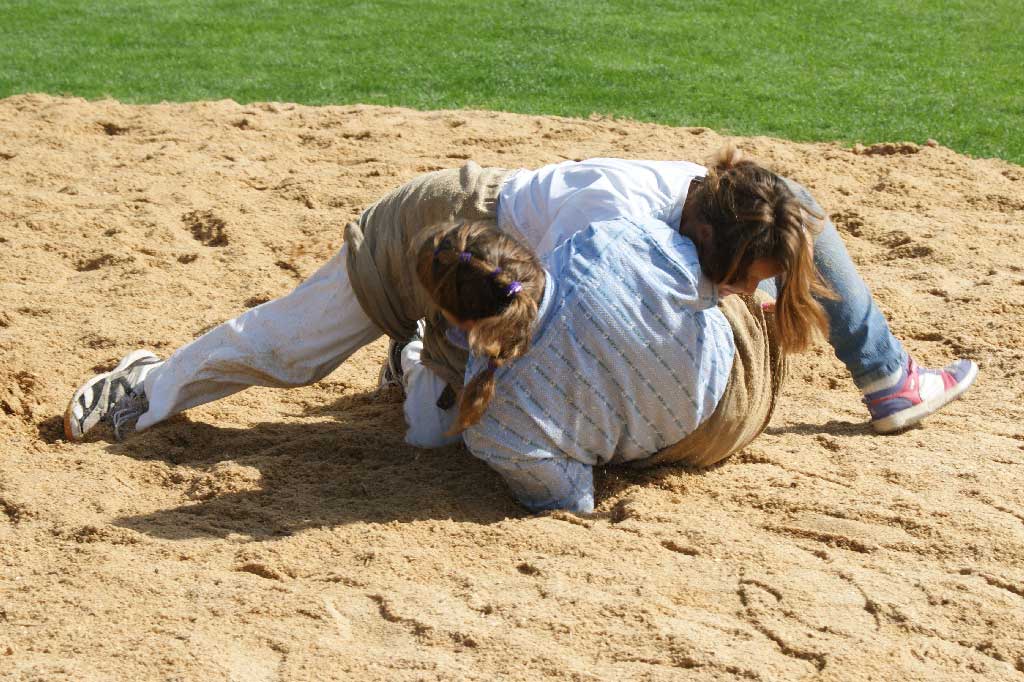 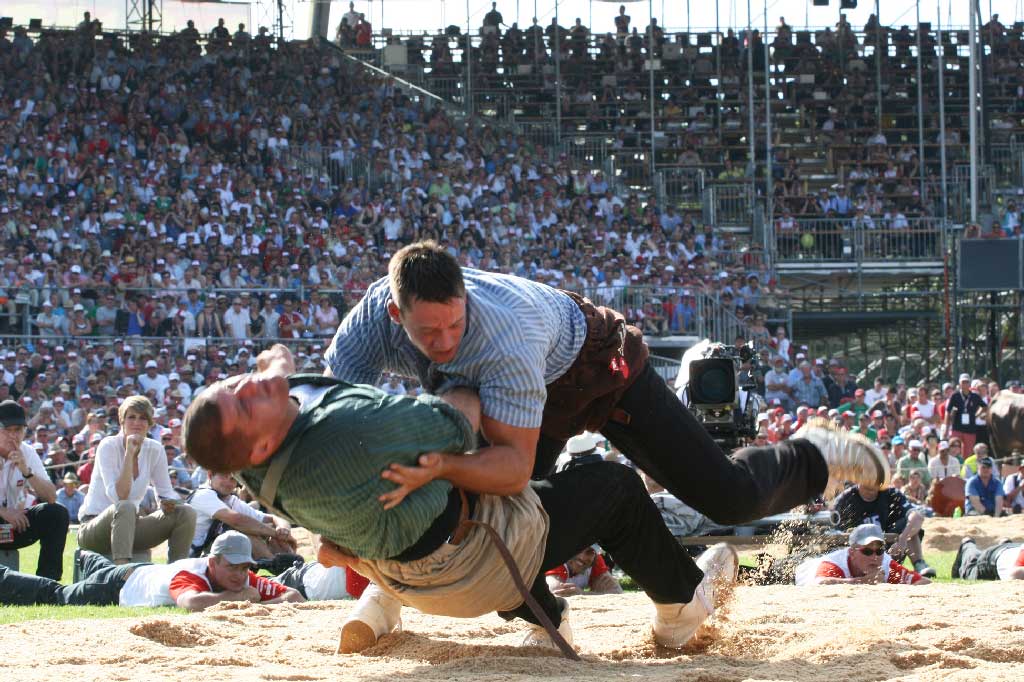 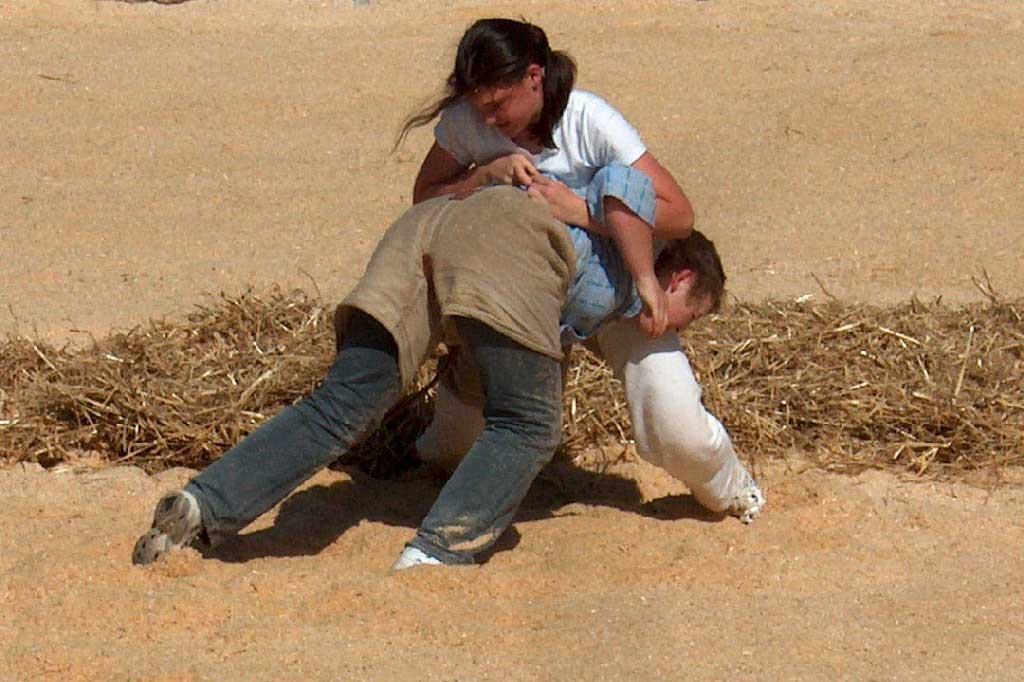 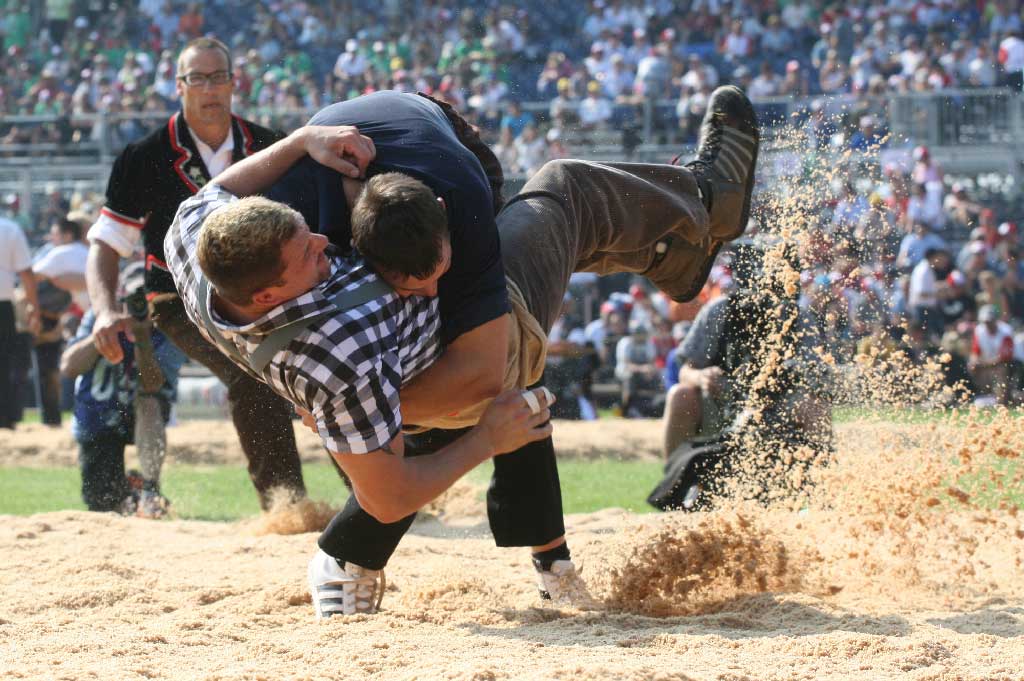 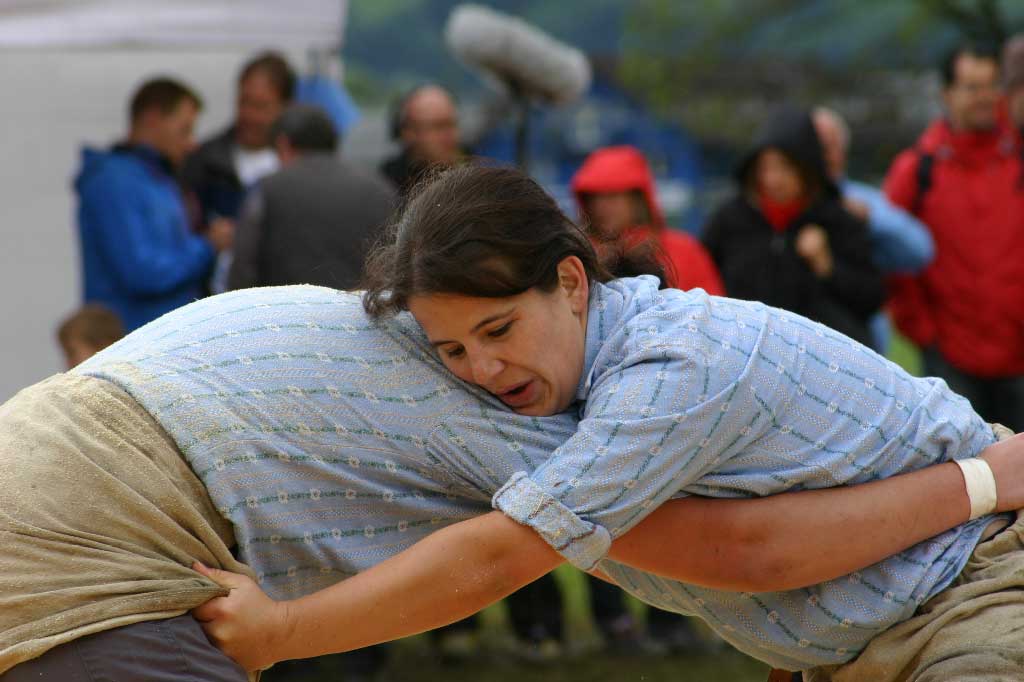 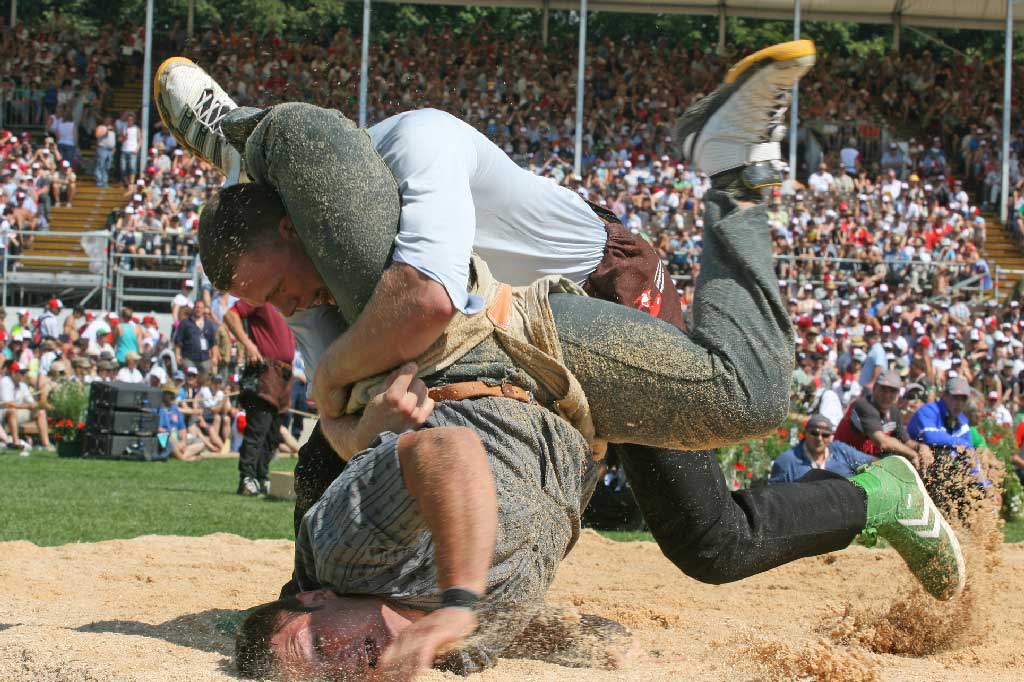 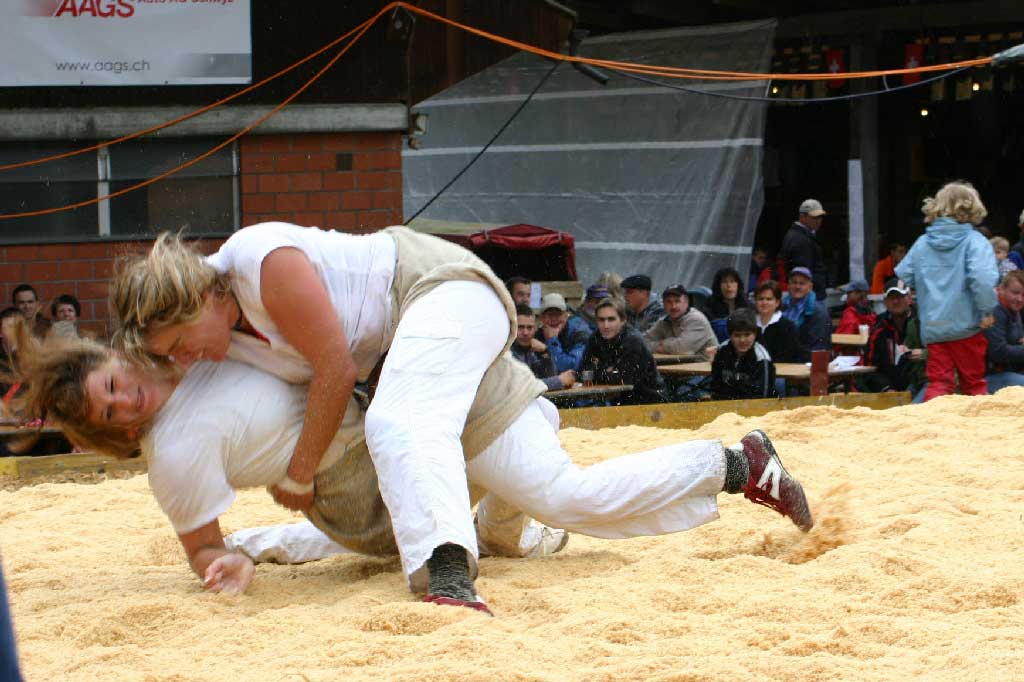 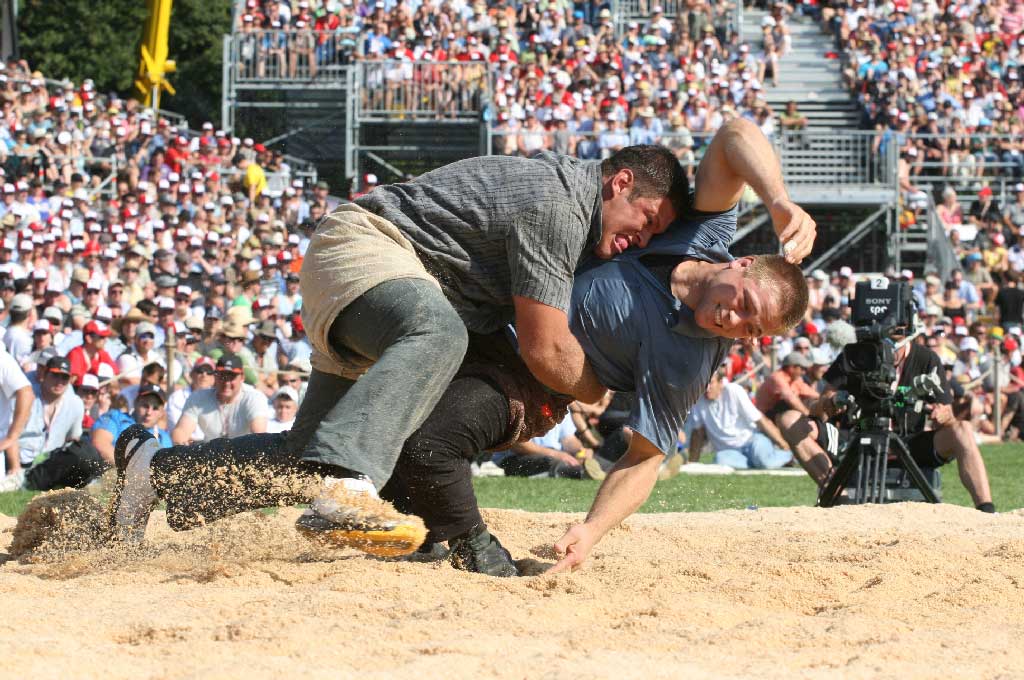 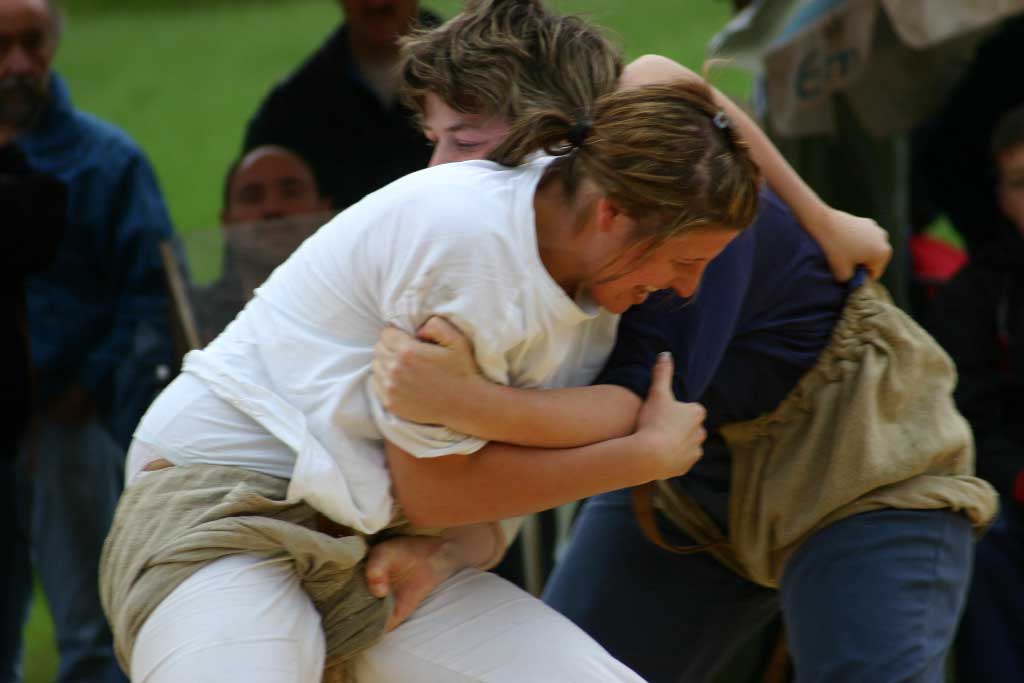 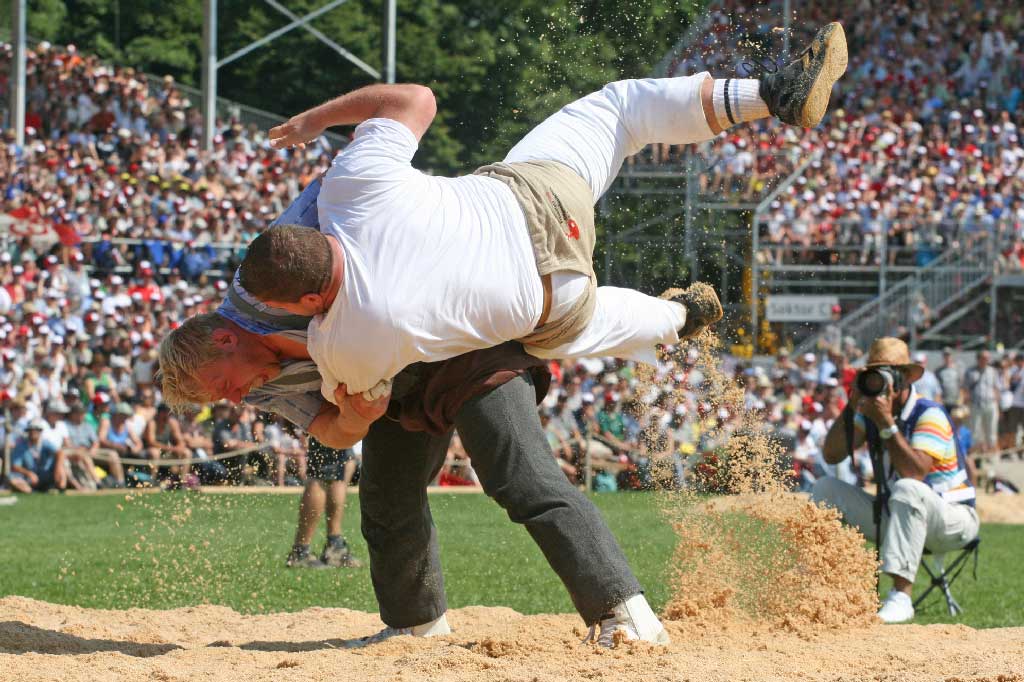 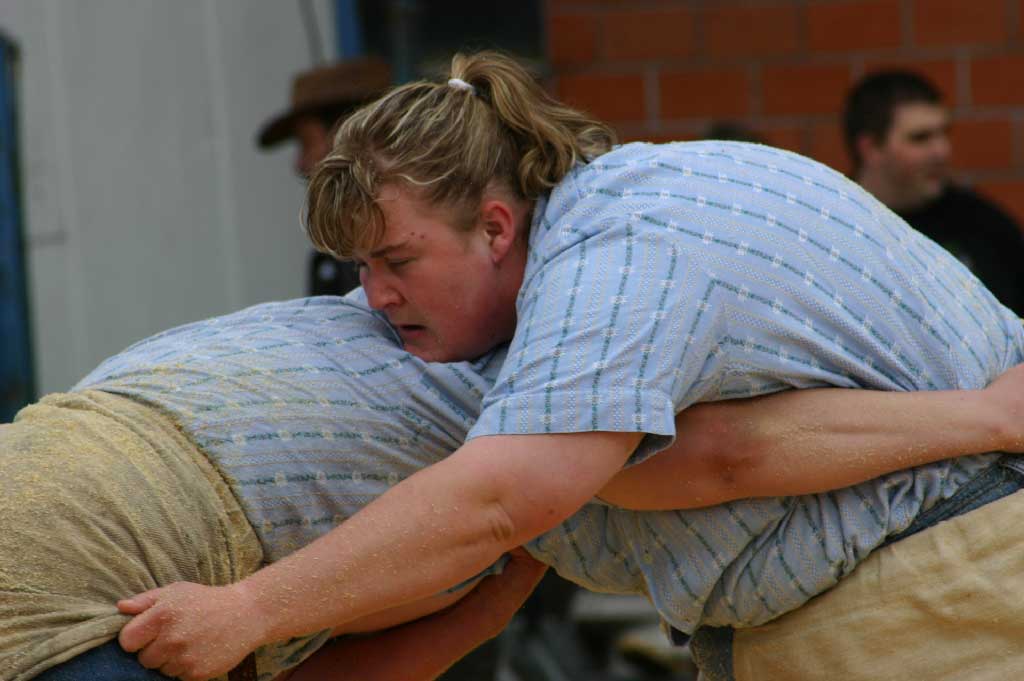 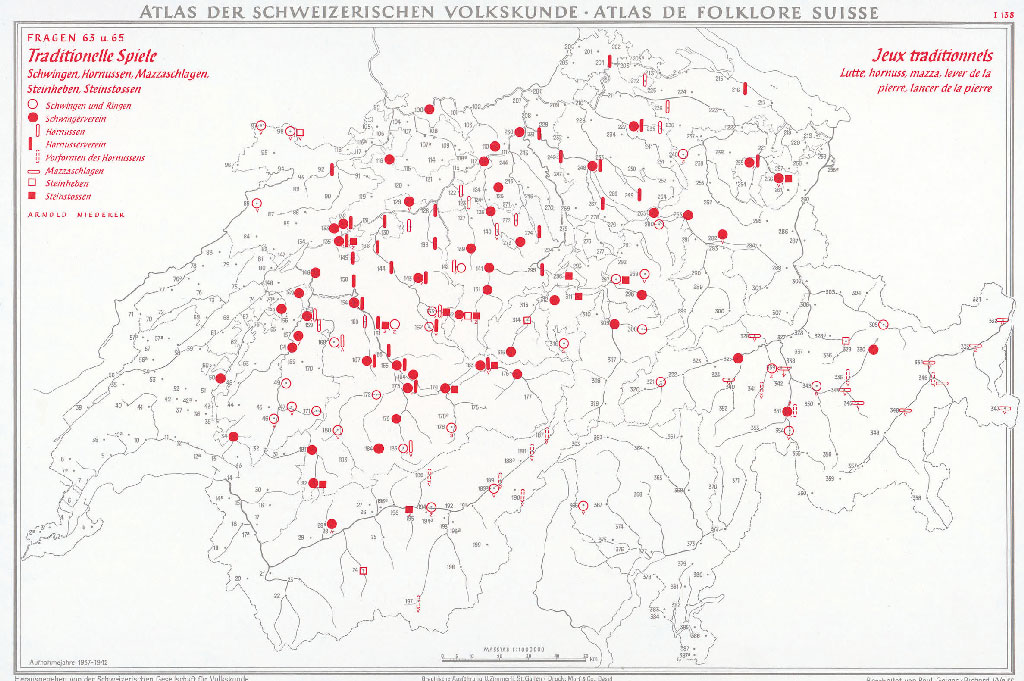 "Schwingen" is a form of wrestling native to Switzerland. The two opponents, usually men though an increasing number of women now take part, make their way to a sawdust-covered ring. The aim is to throw the other wrestler on to his back through a series of holds and nifty footwork. The wrestlers wear special wrestling shorts over their trousers. These are made from coarse drill and fastened with a leather belt. Before the duel begins, each wrestler grabs the back of his opponent’s belt, only loosening his grip once the match is over. The winner is the wrestler who manages to throw his opponent down so that both shoulder blades or back are completely touching the ground. The best "Schwinger" are known as “Die Bösen” (bad guys) and command great respect from their opponents. Each match begins and ends with a handshake, and the rules dictate that the winner must always brush the sawdust from the loser’s back. What began life as a sporting pastime among farmers and herders and without any rules to speak off, would later spread to urban areas thanks to the emergence of athletics and gymnastics clubs. Before long, "Schwingen" became a popular national sport that was played far and wide. As the years went by, contests would be transformed from local events to major sporting festivals. In 2017, the Swiss Alpine Wrestling Association had over 60,000 members. 2016 280,000 visitors flocked to Estavayer-le-Lac to attend the Swiss Wrestling and Alpine Games Festival.

Behind the scenes at the national Schwingen festival (Sport dimanche, 30 May 2010) - RTS