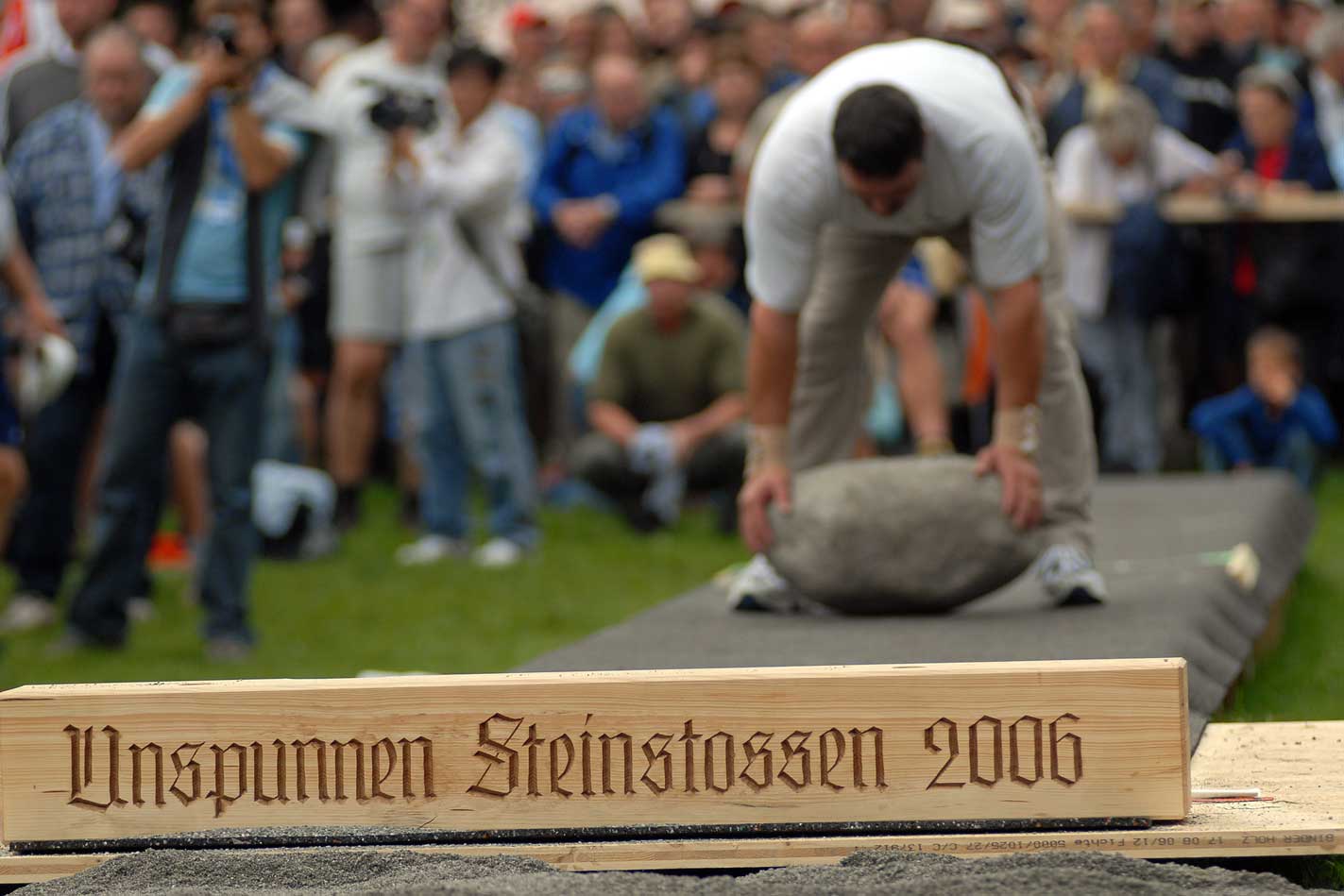 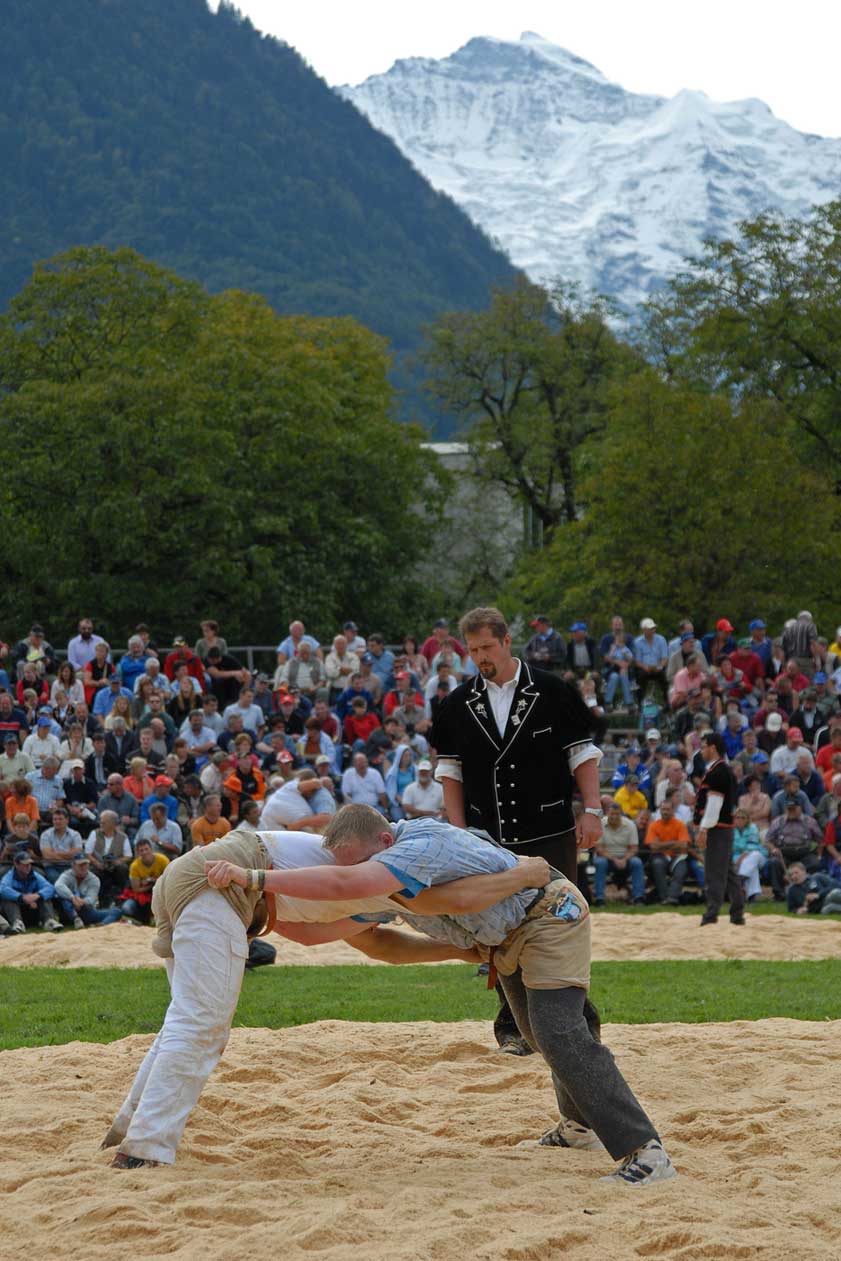 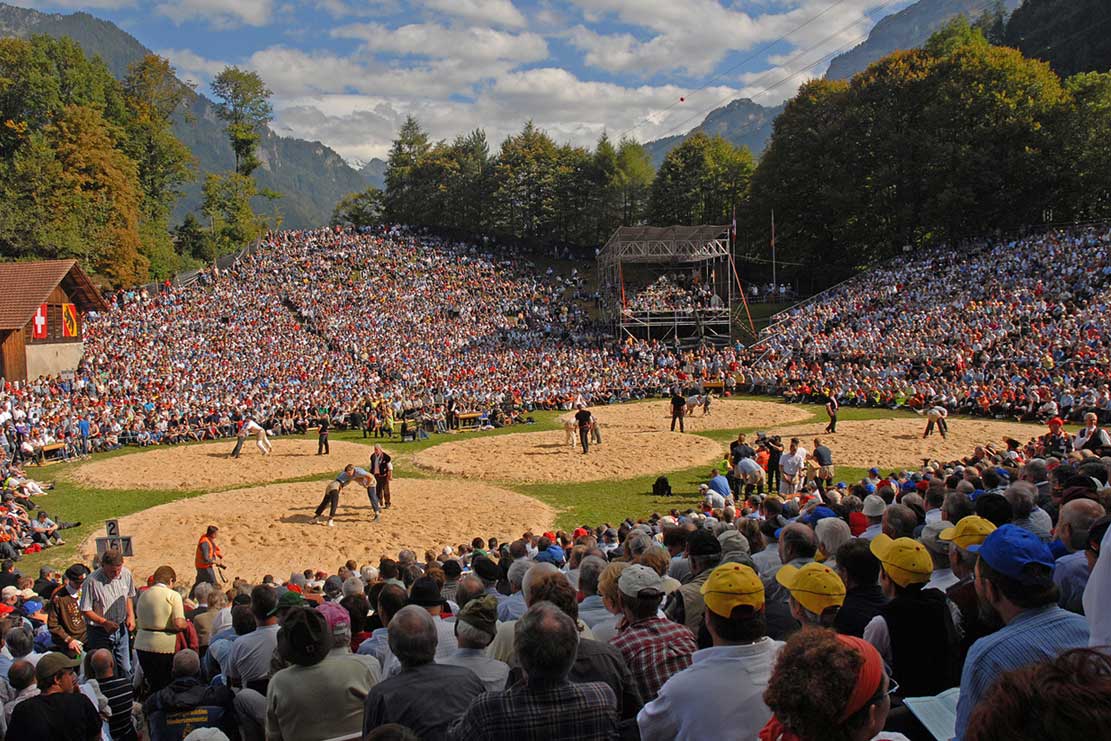 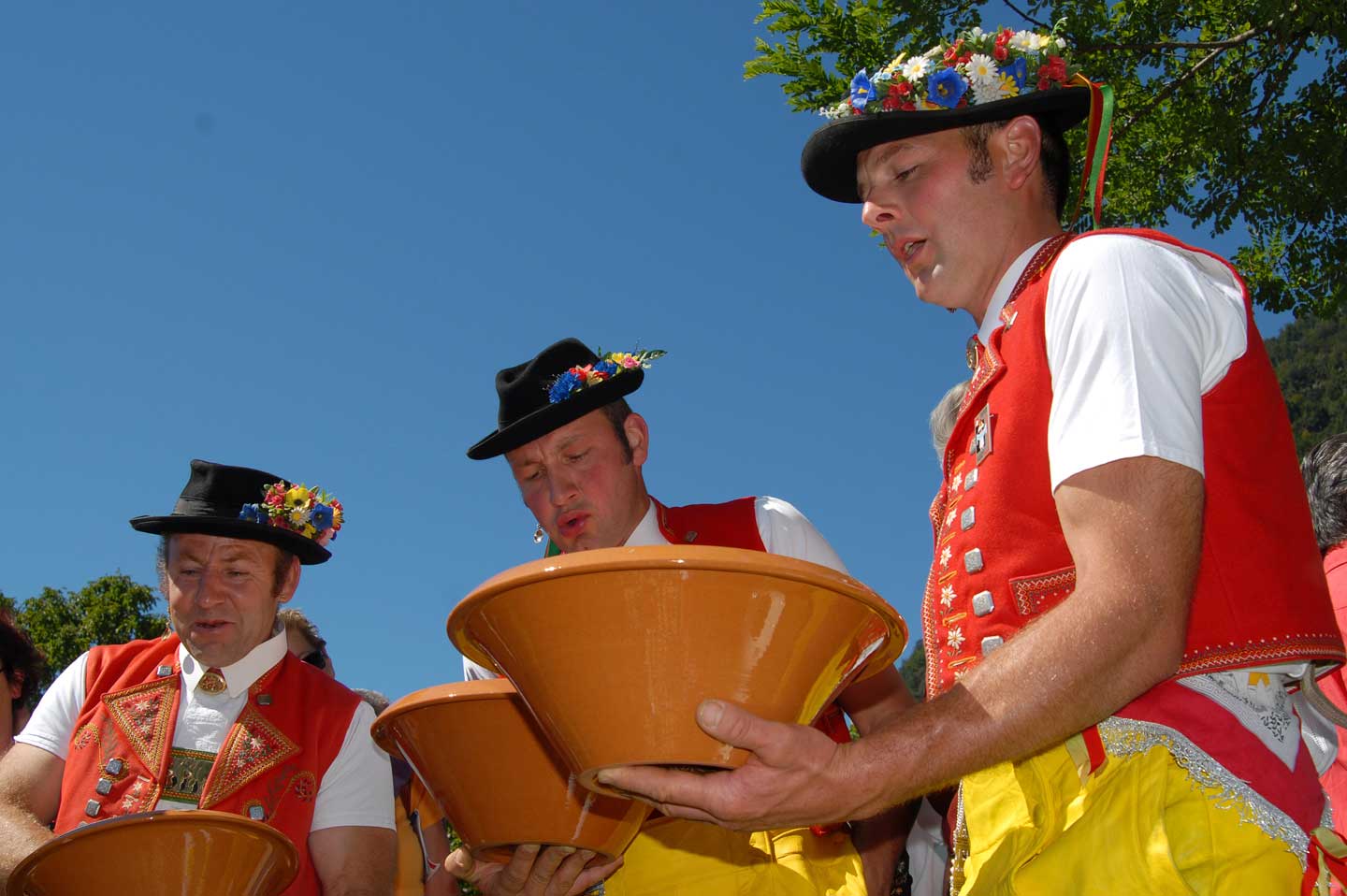 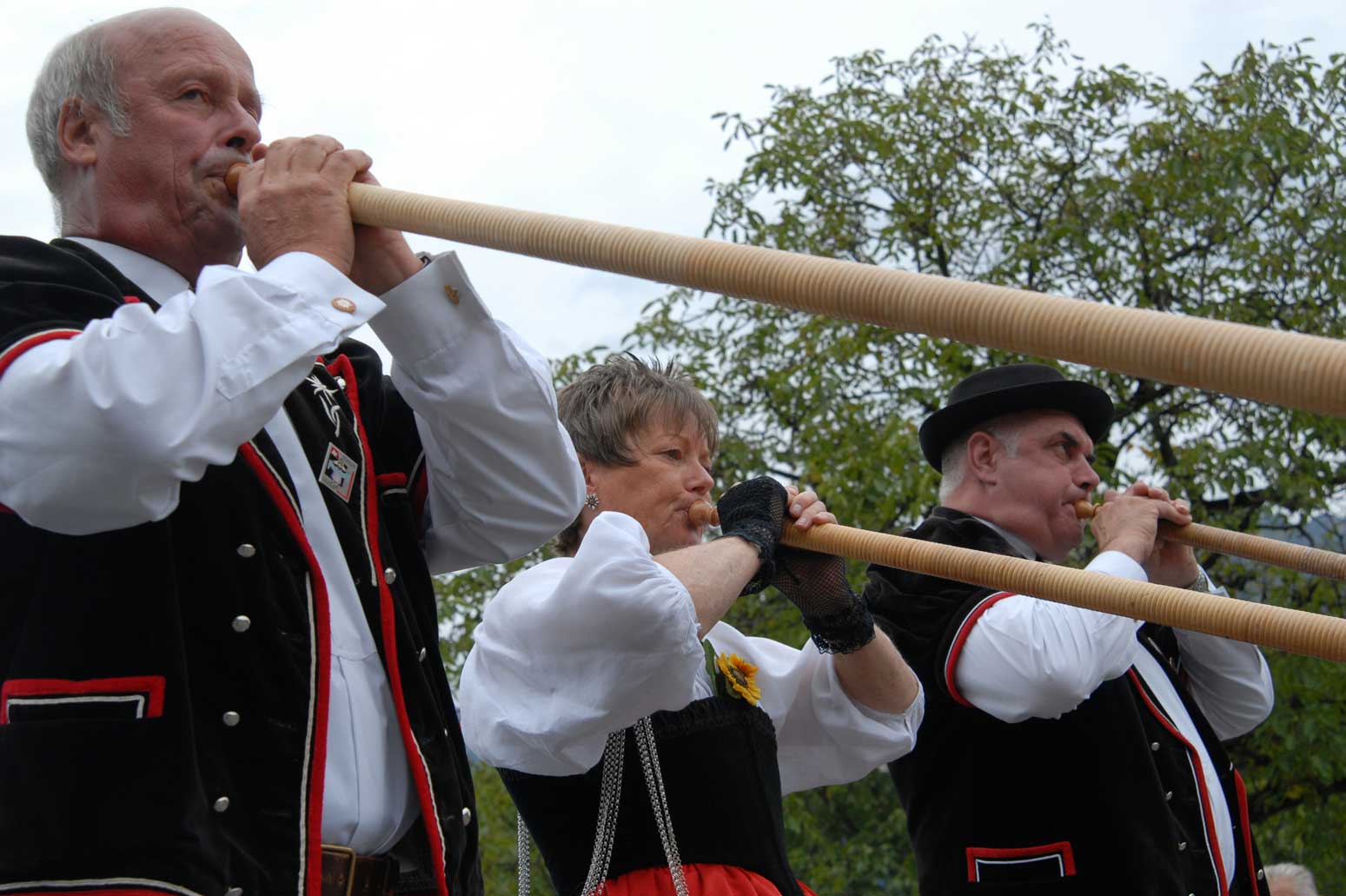 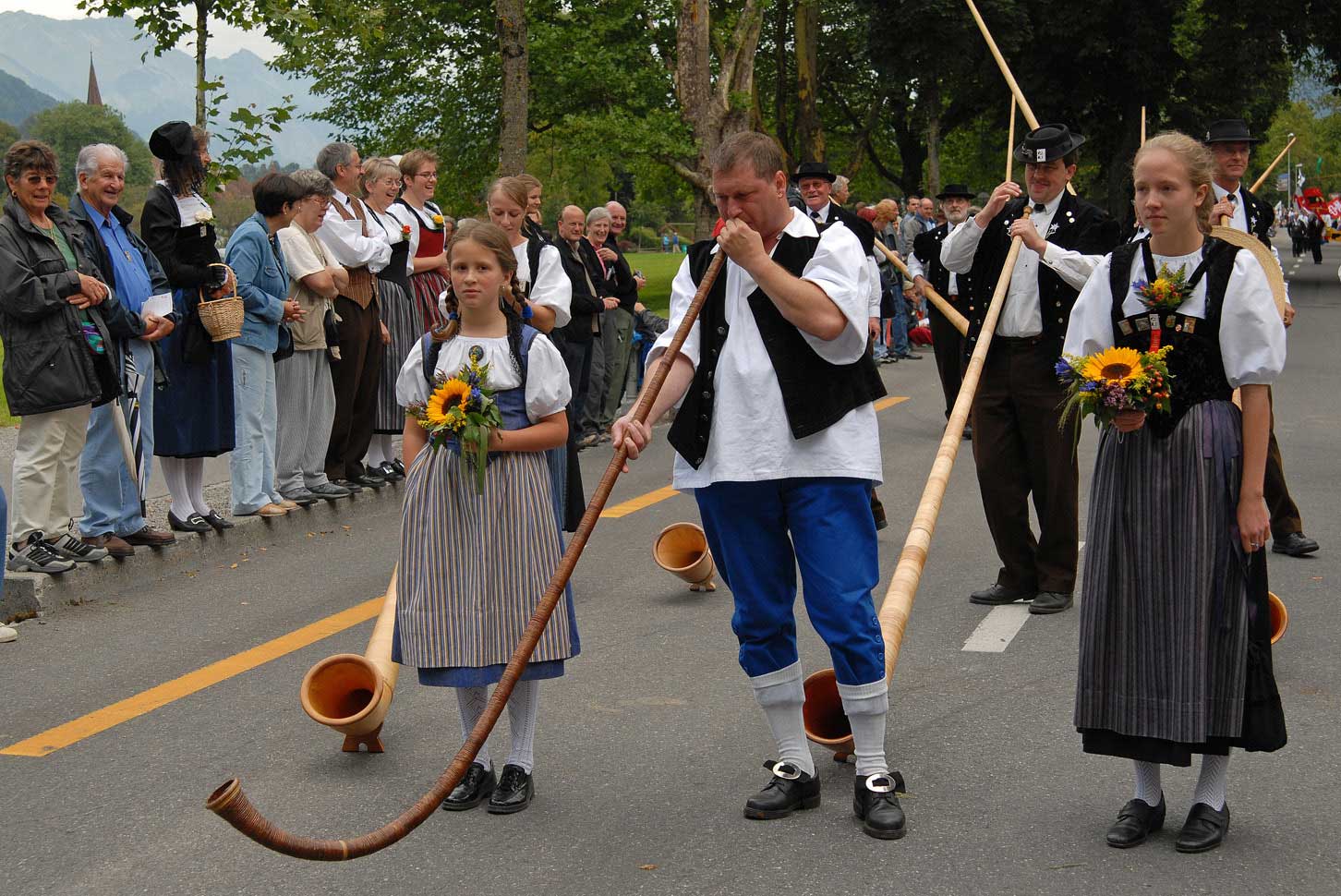 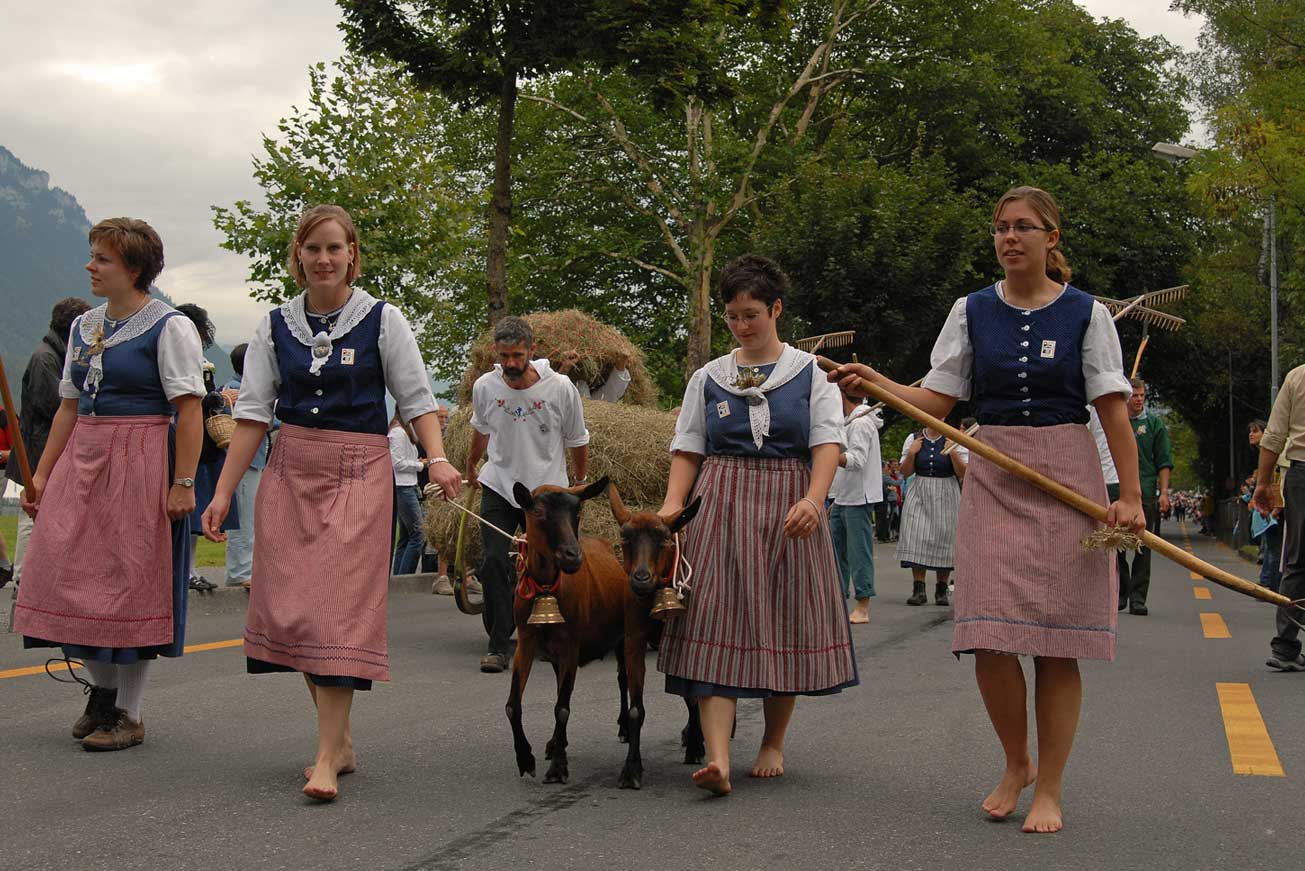 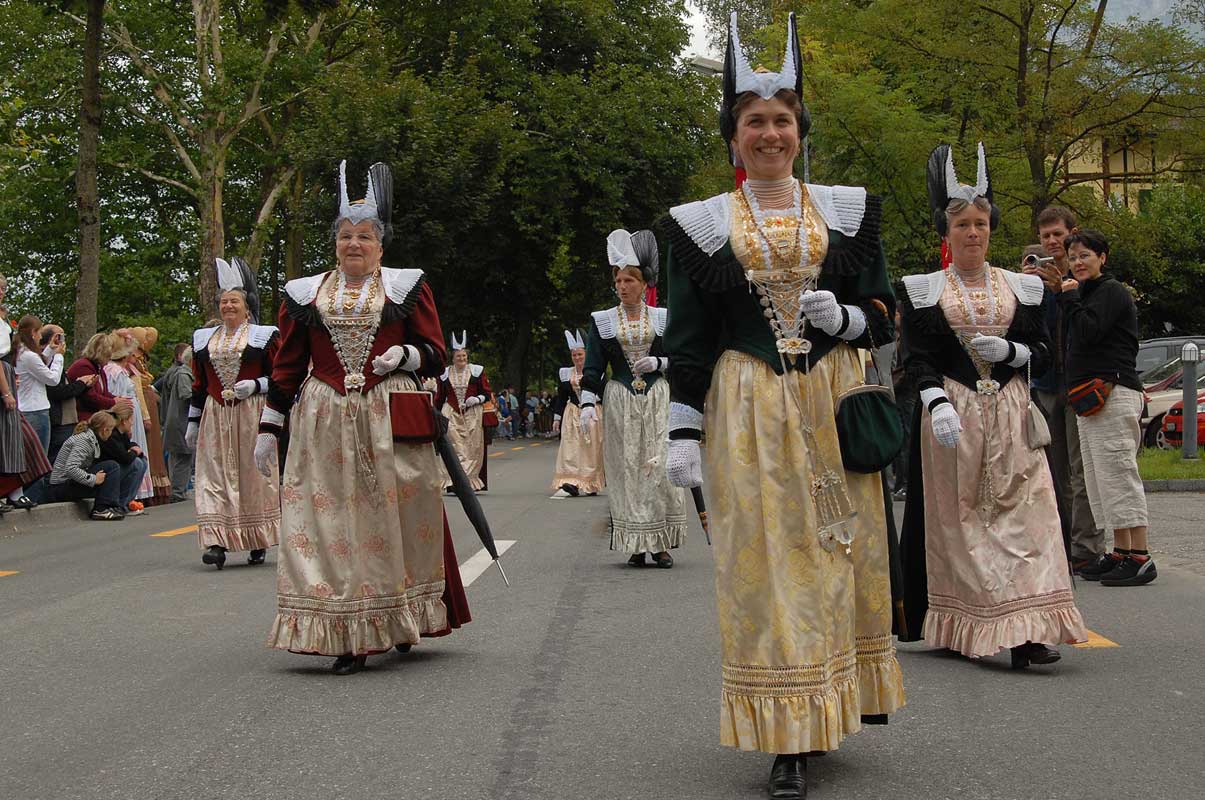 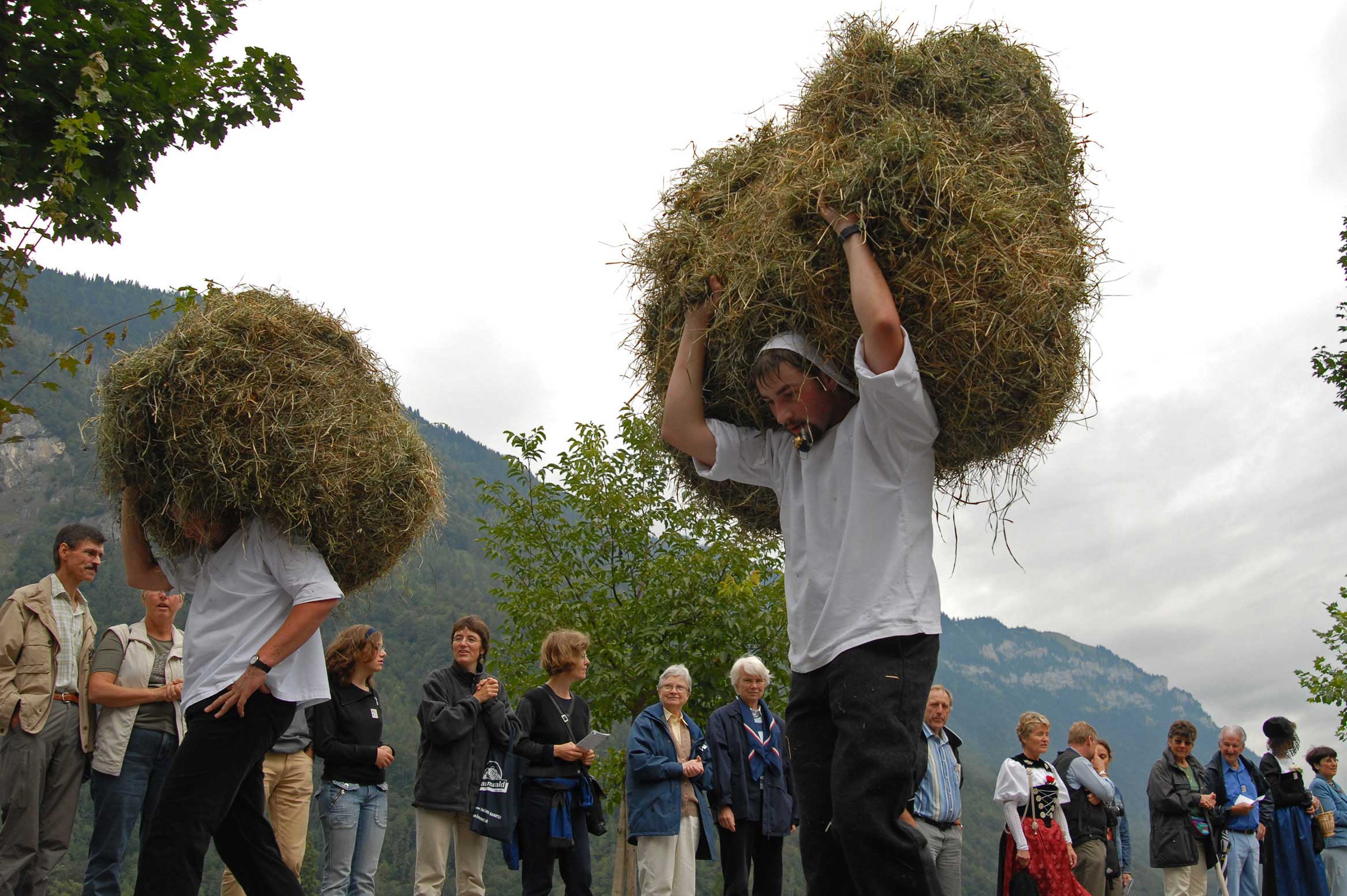 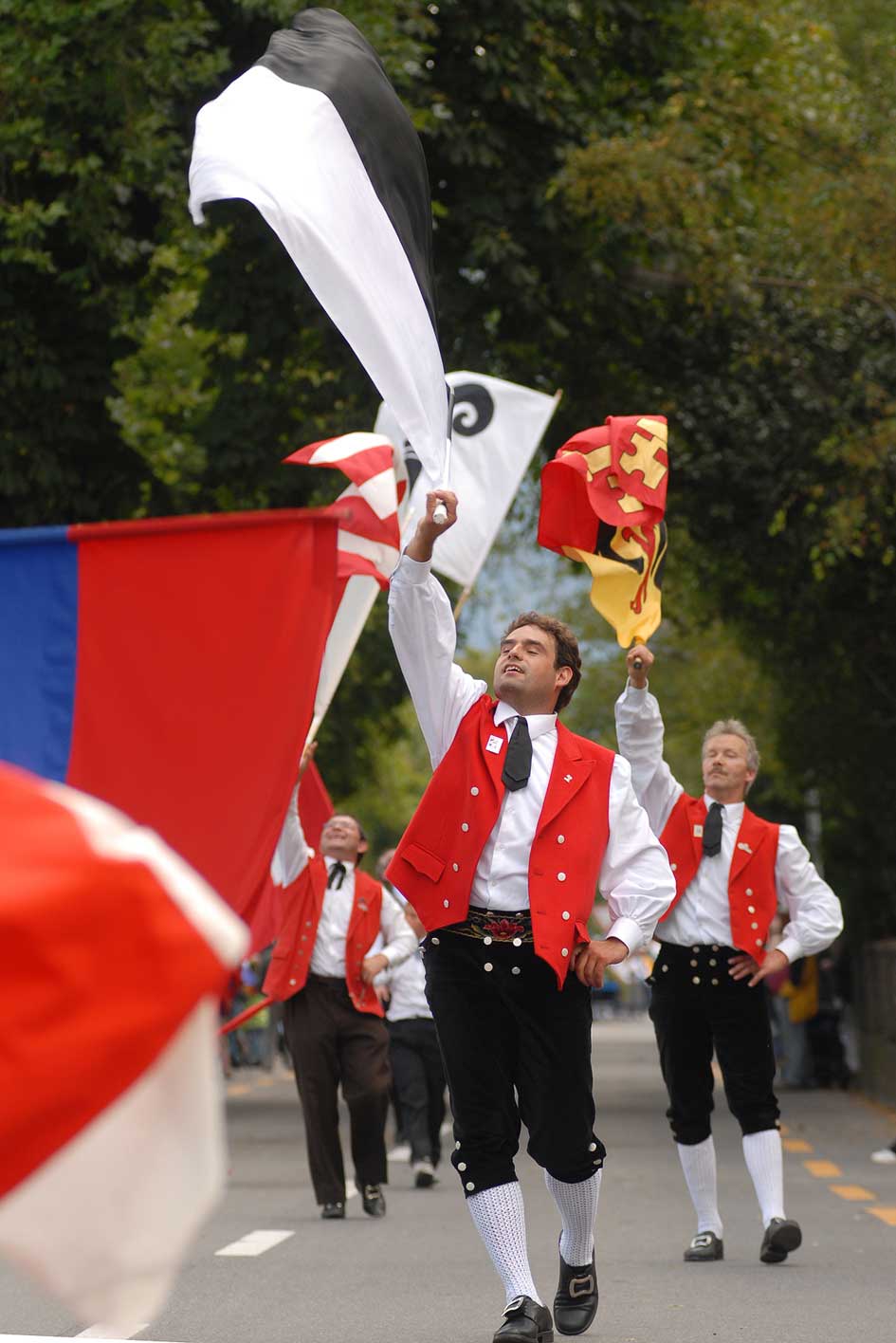 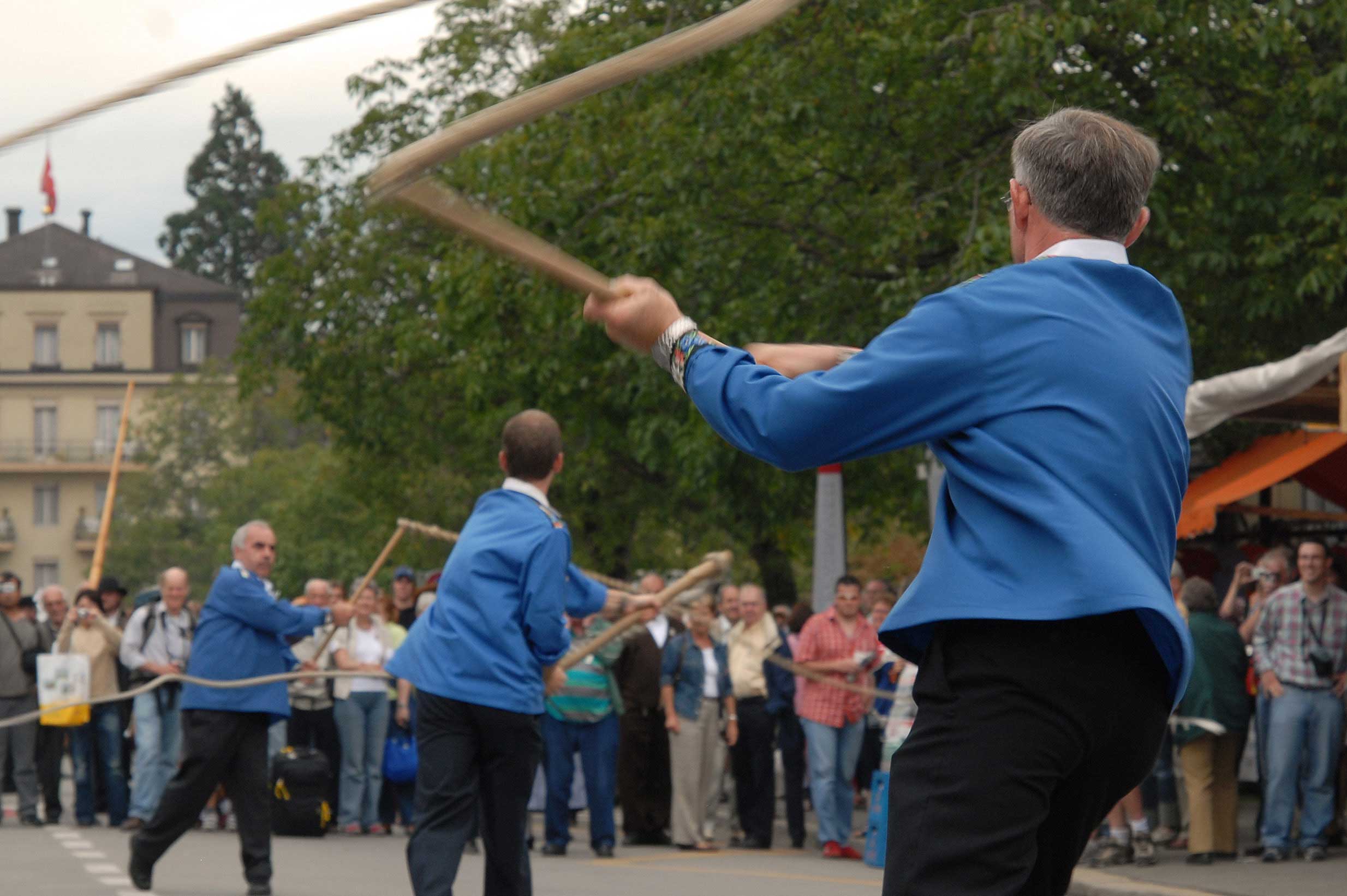 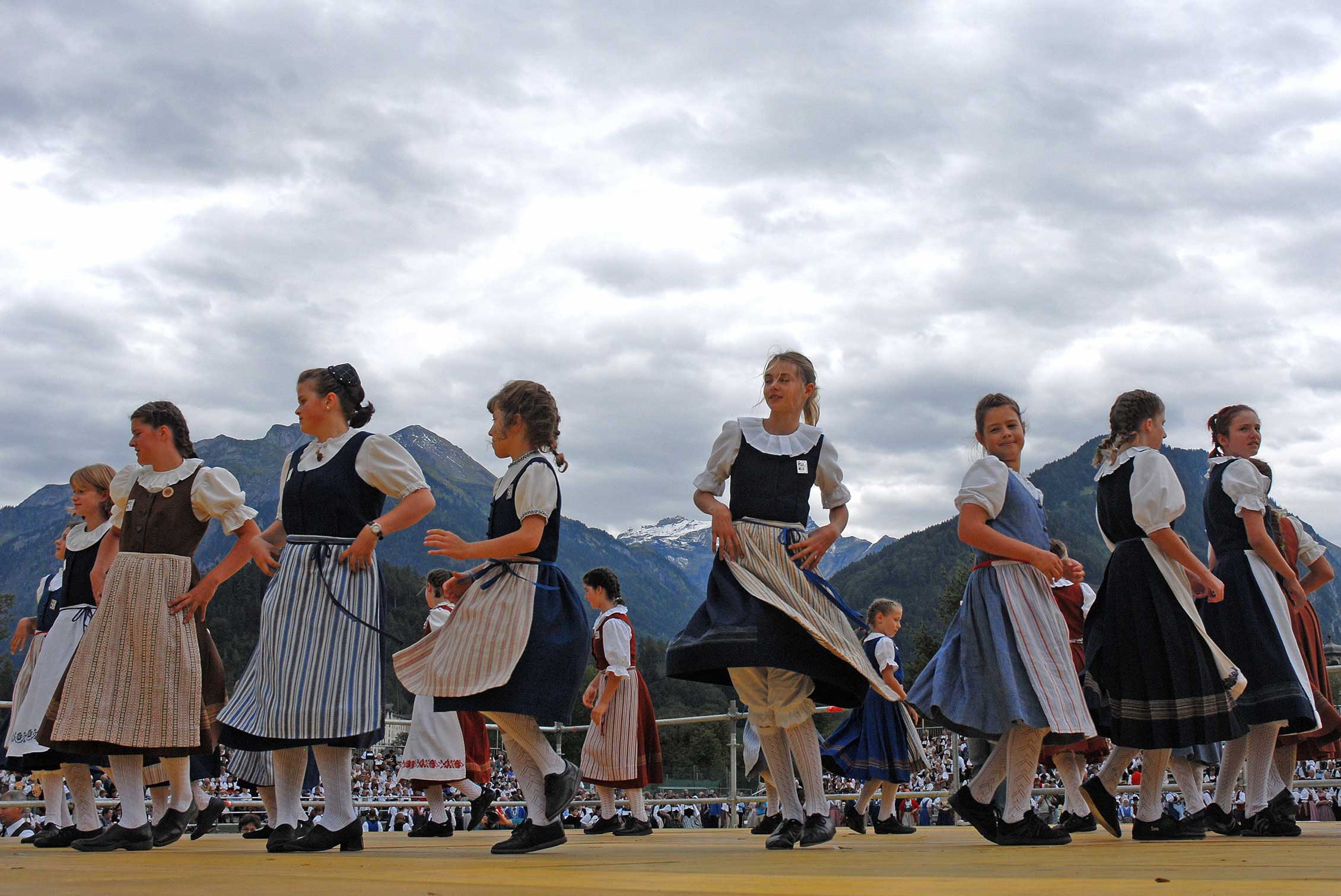 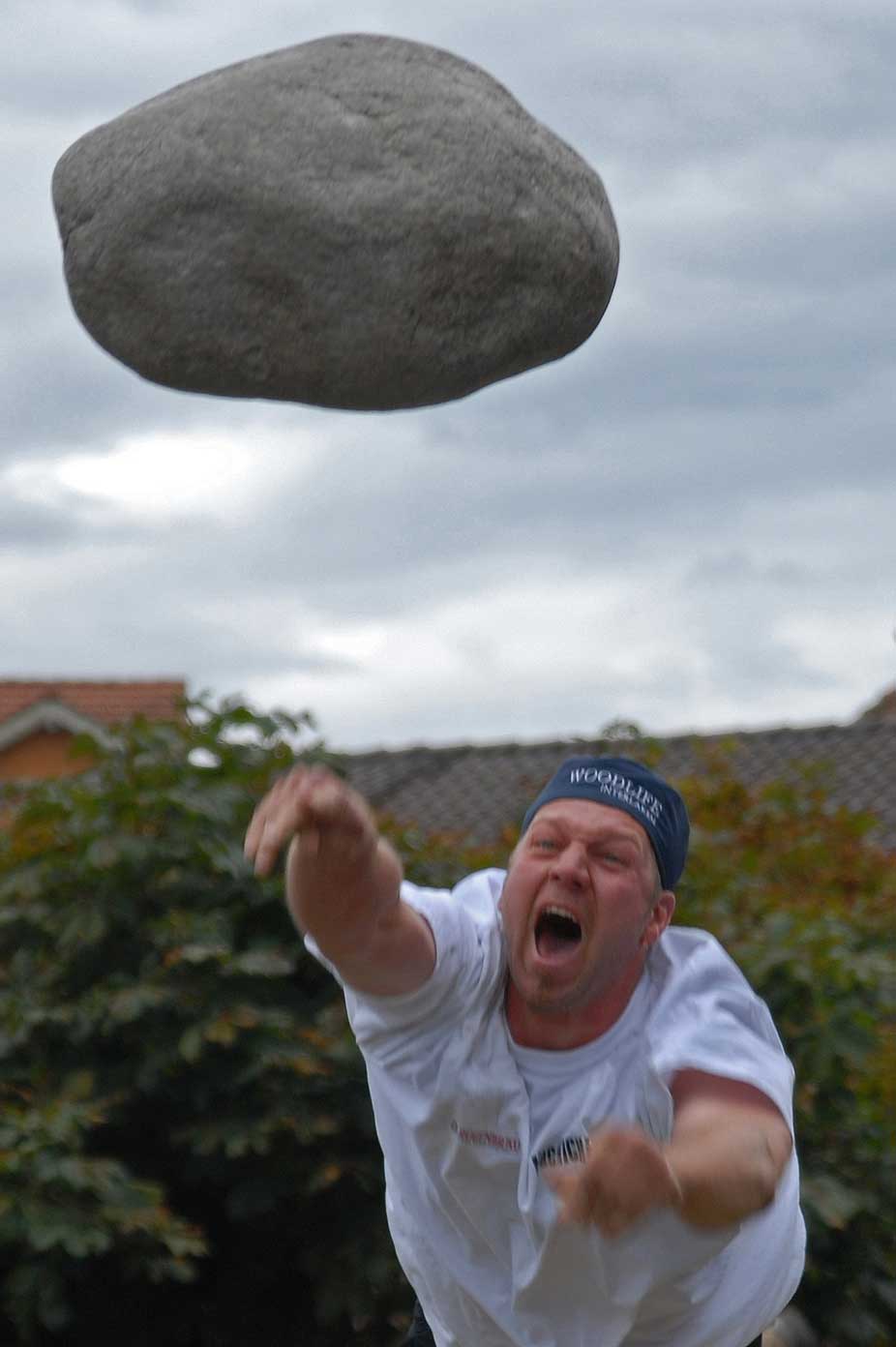 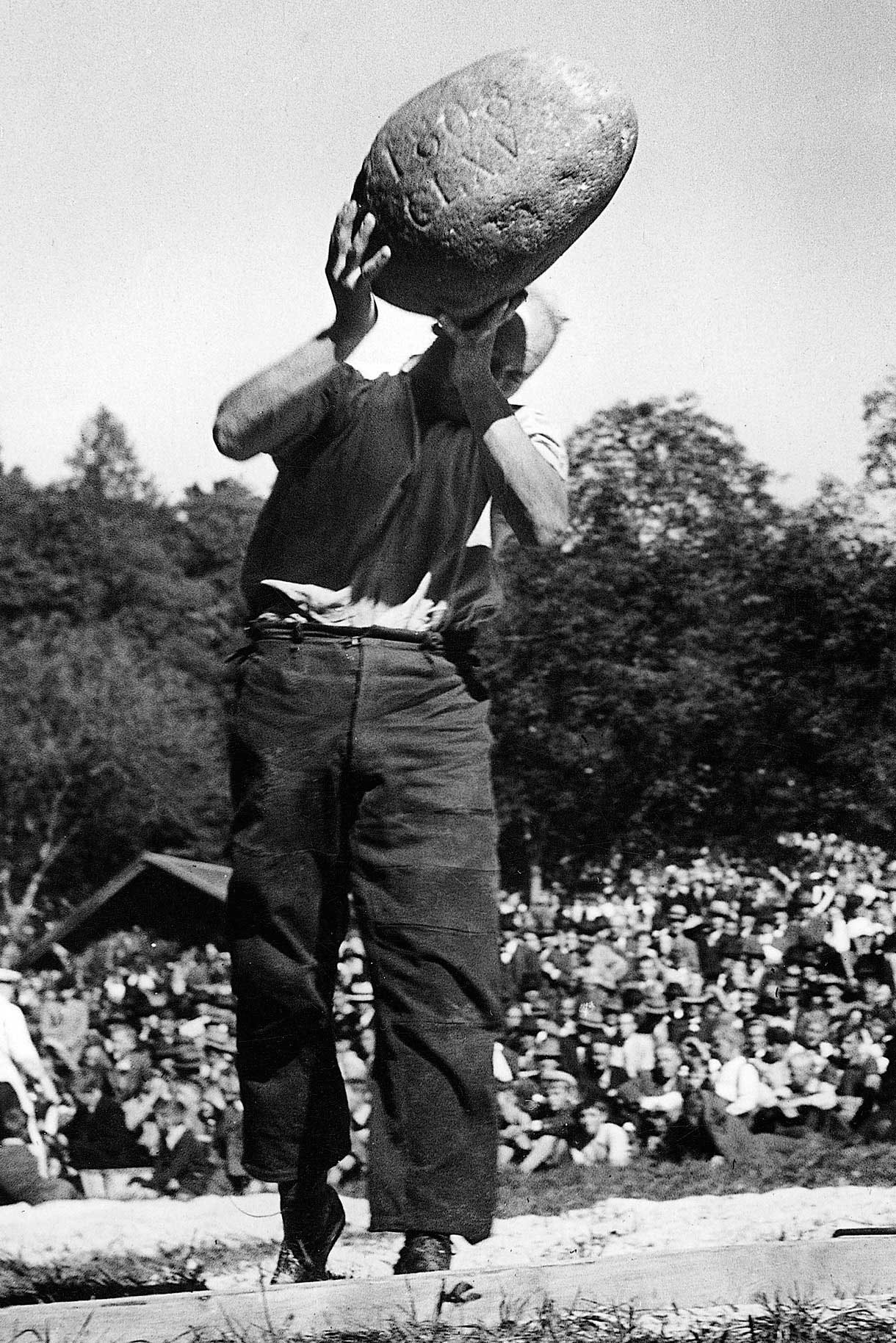 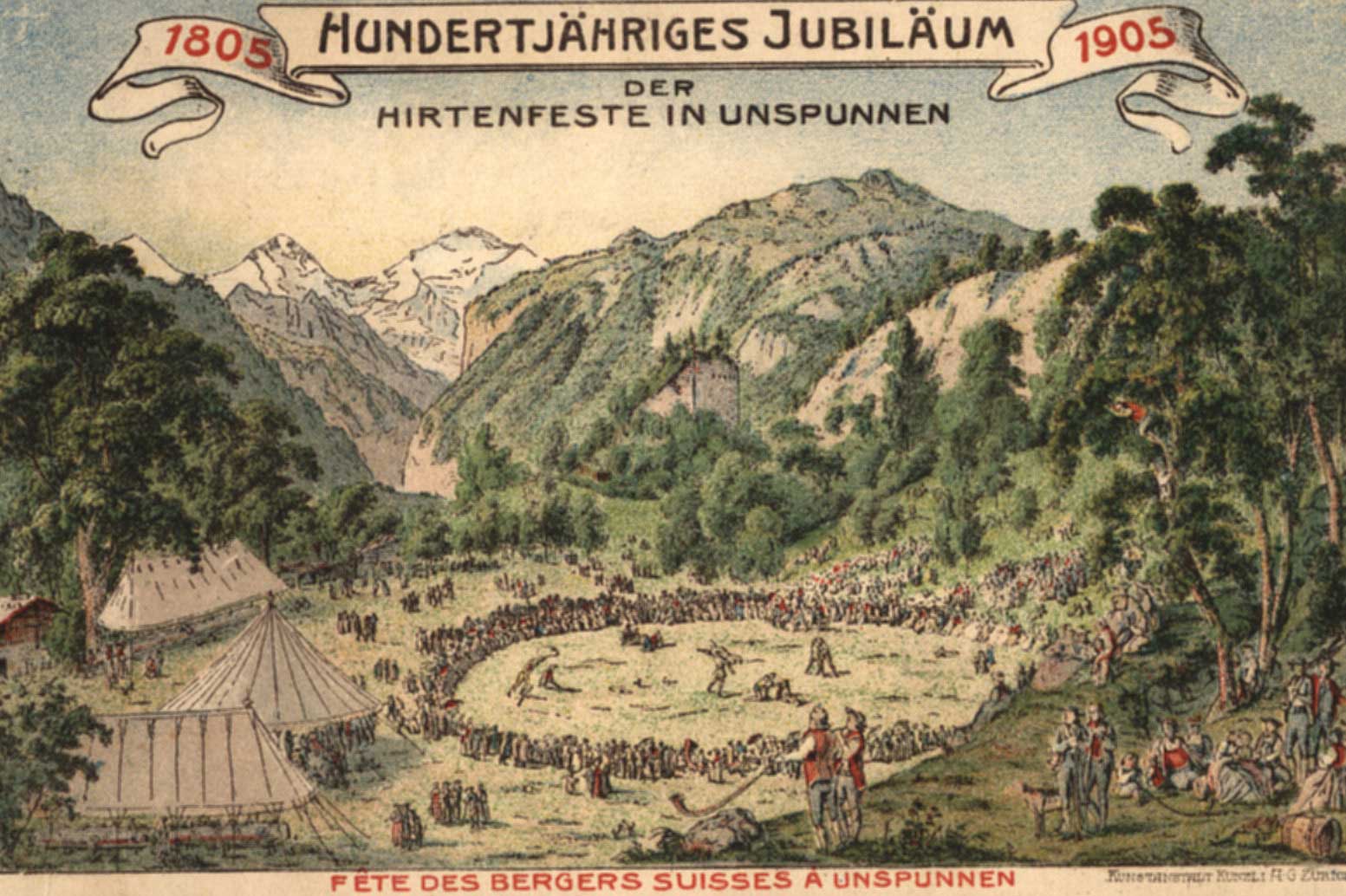 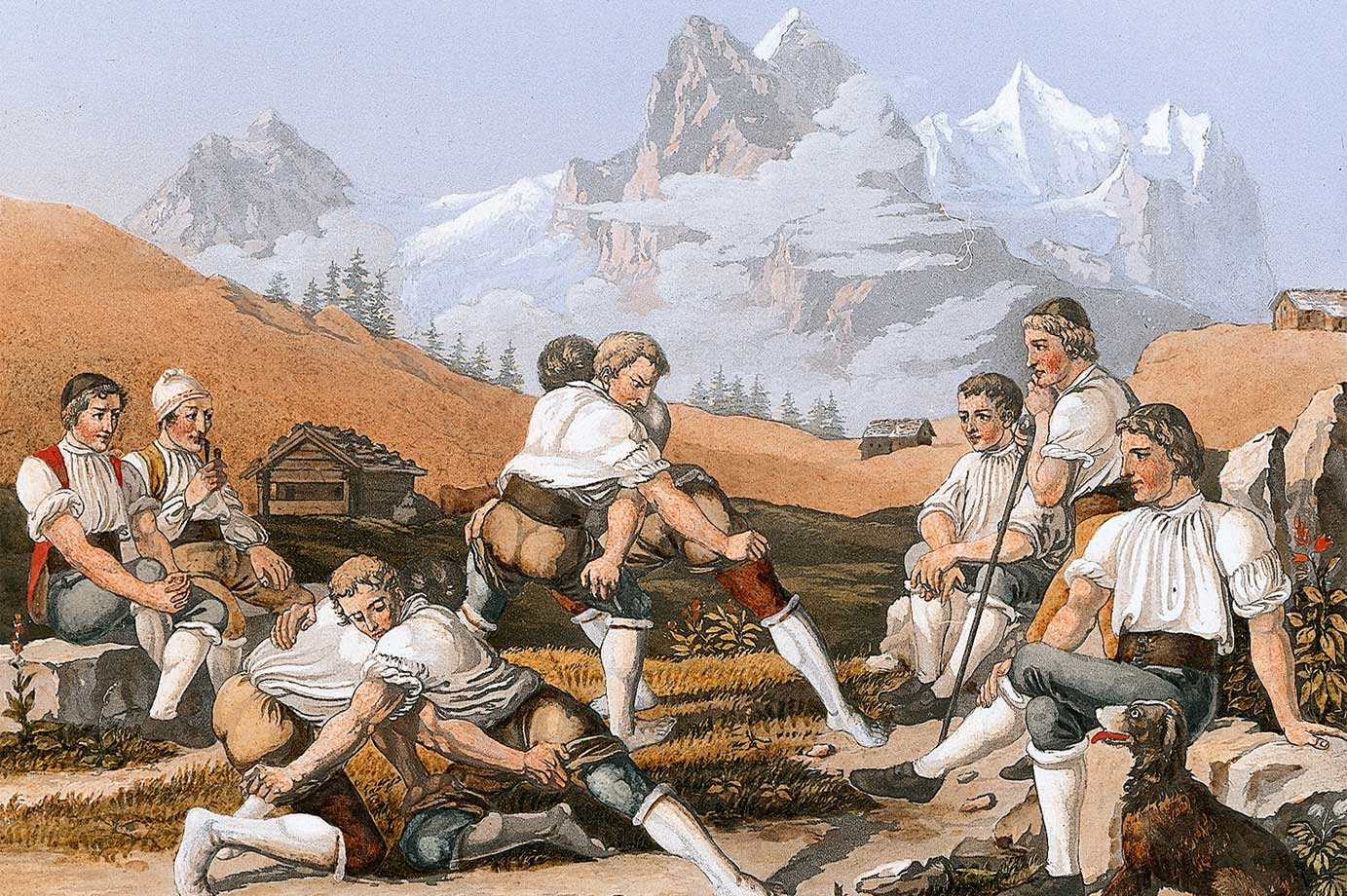 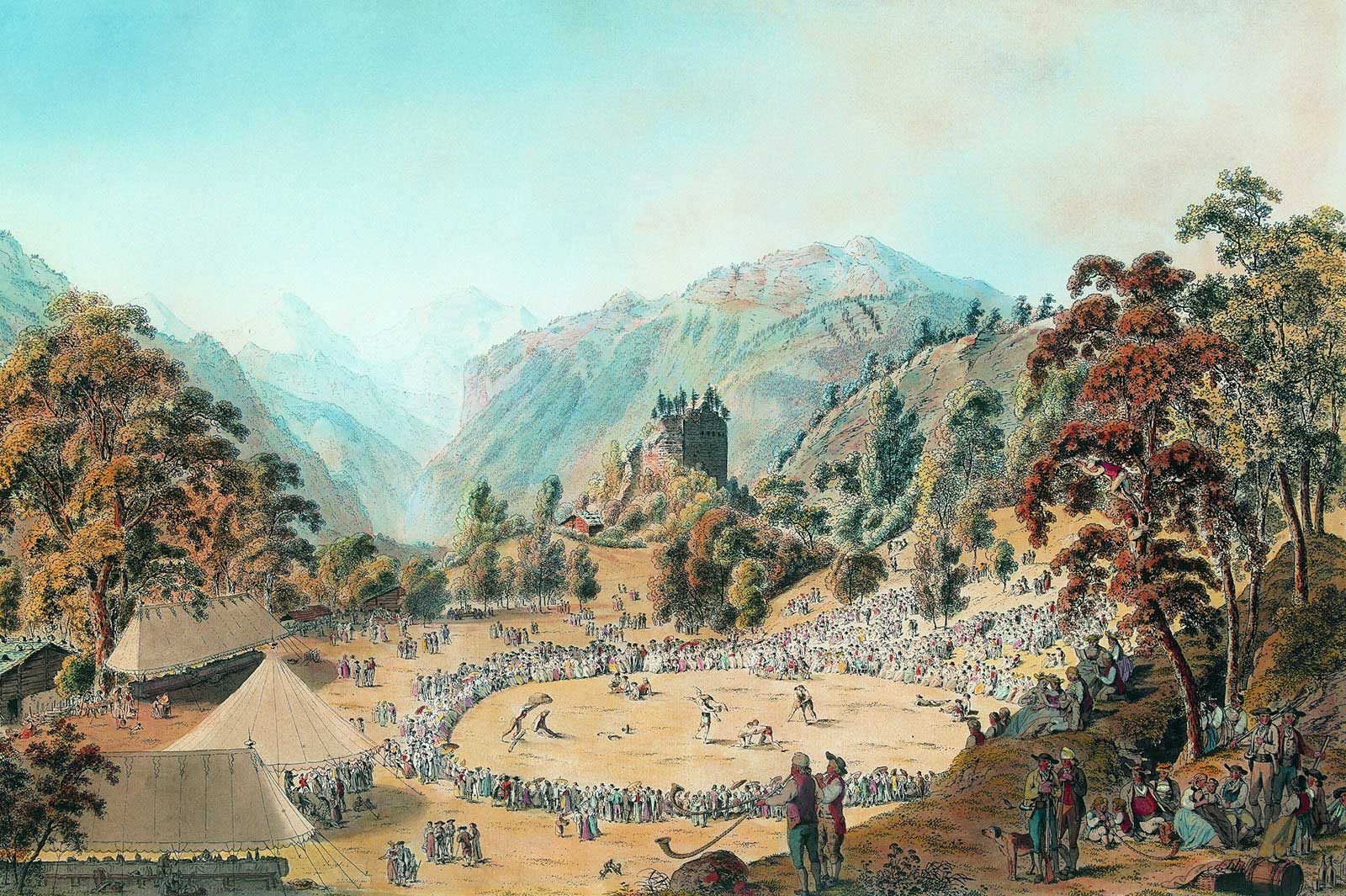 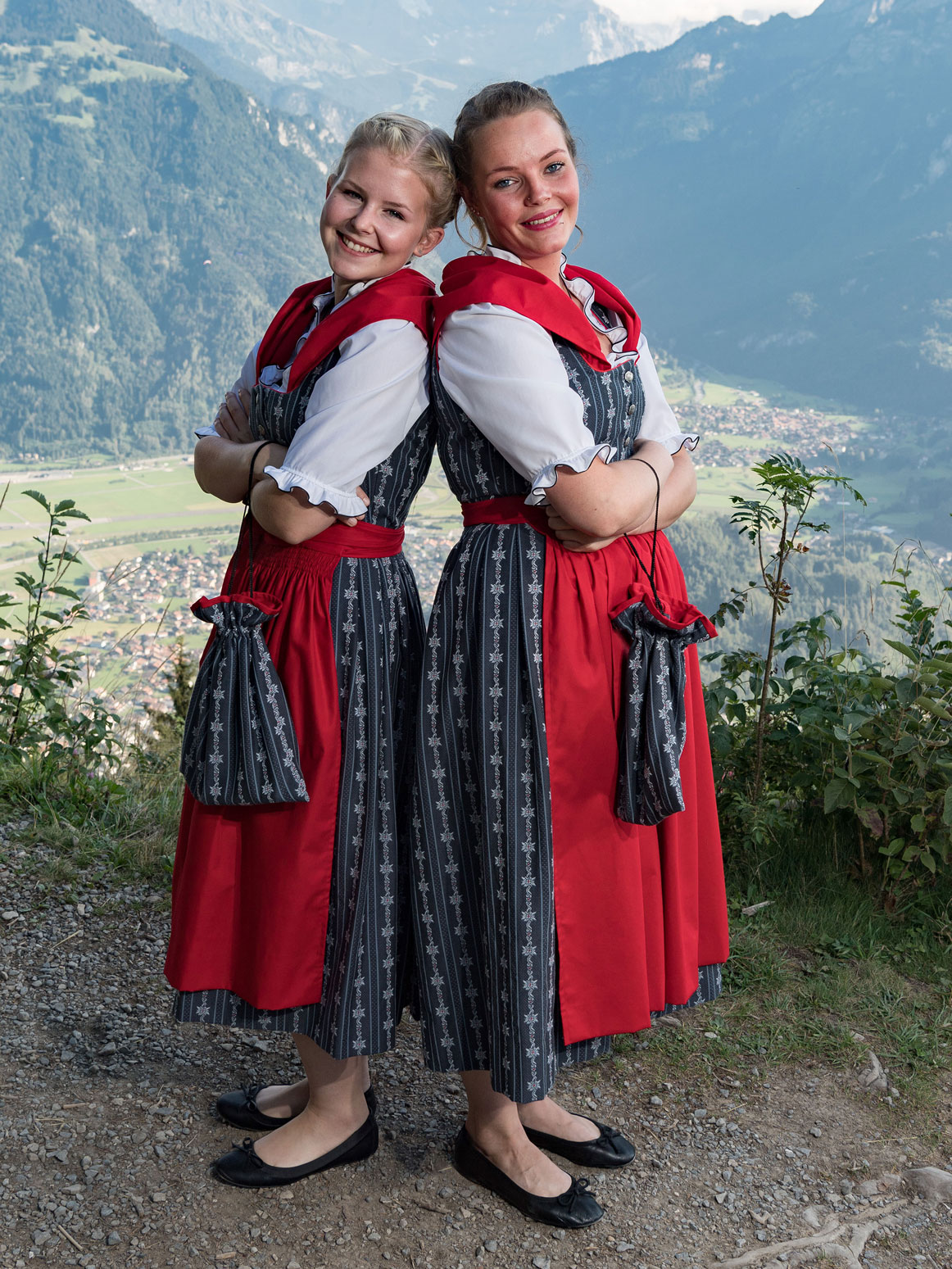 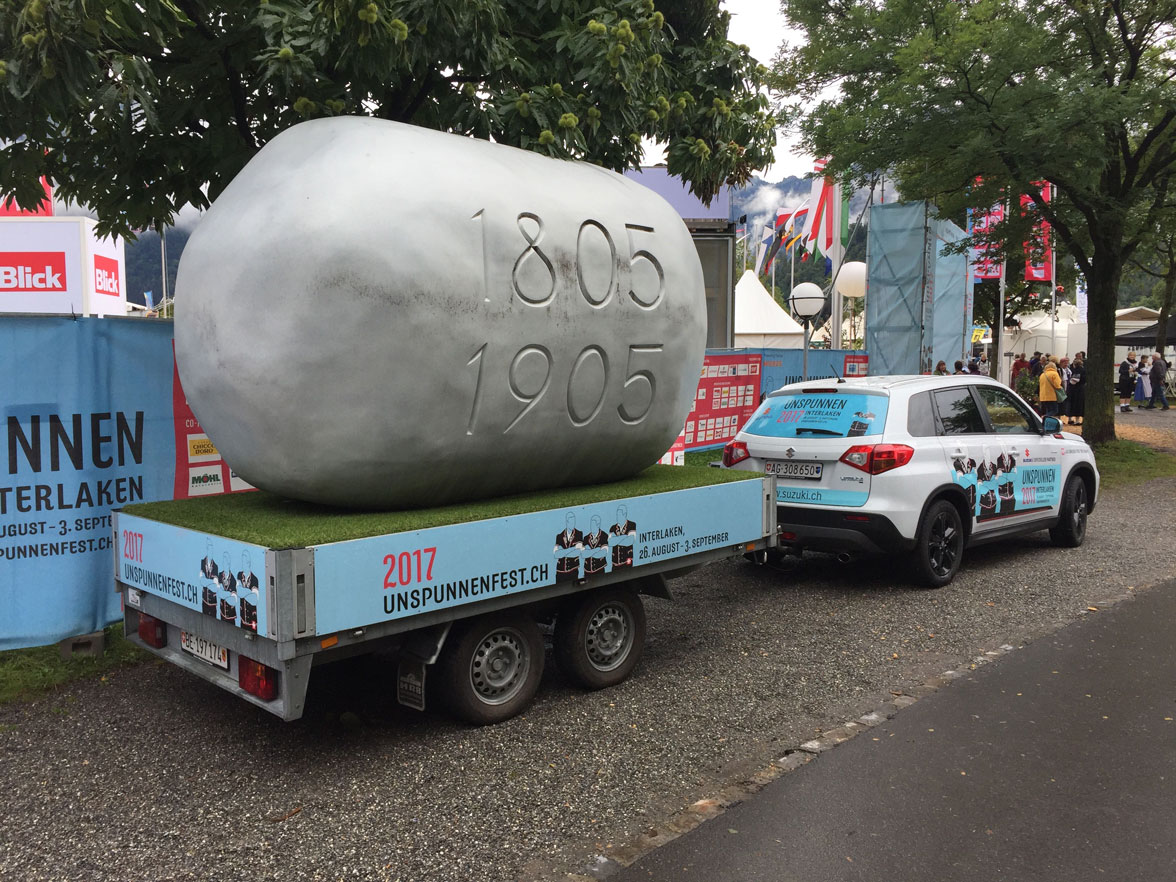 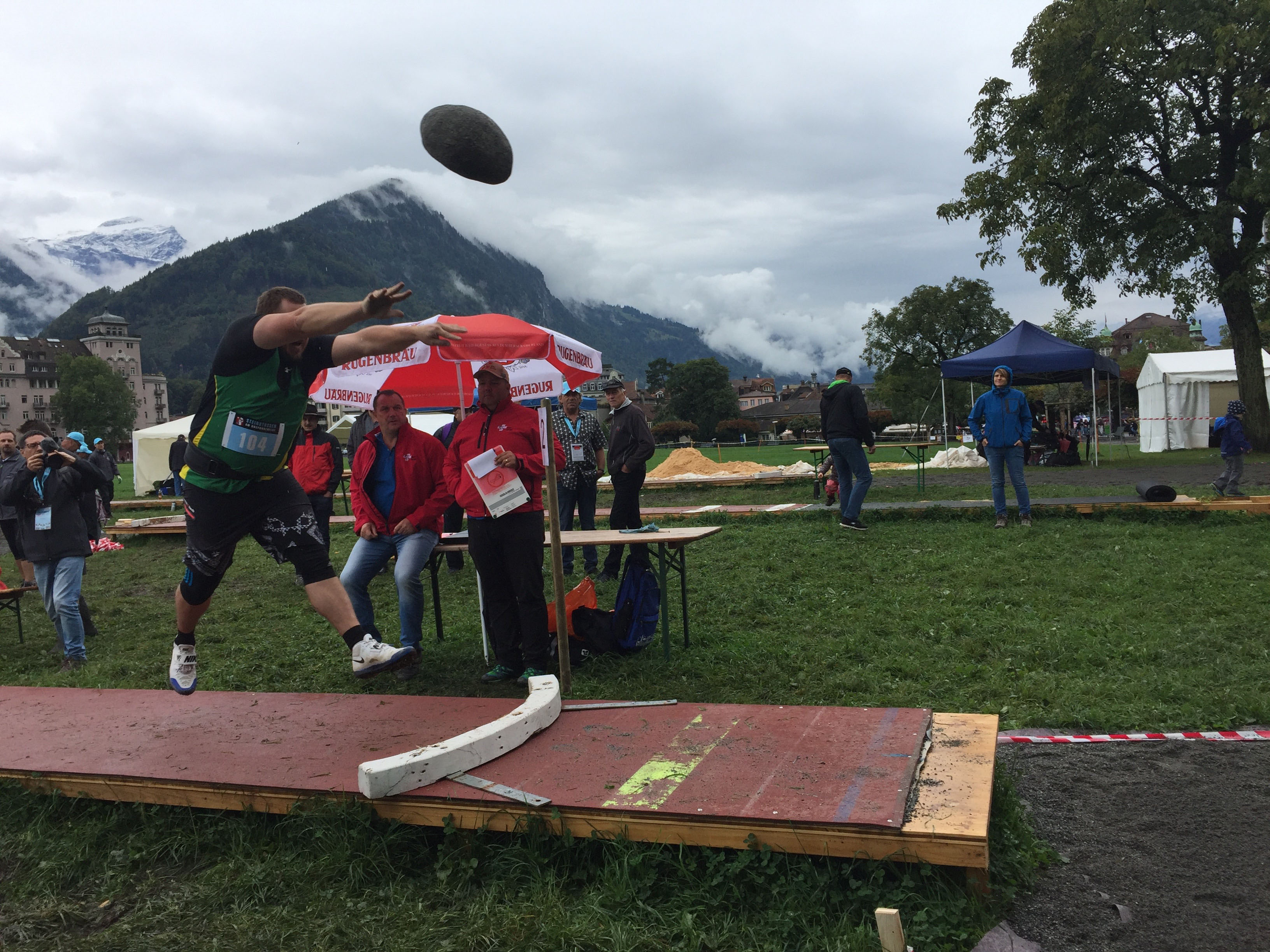 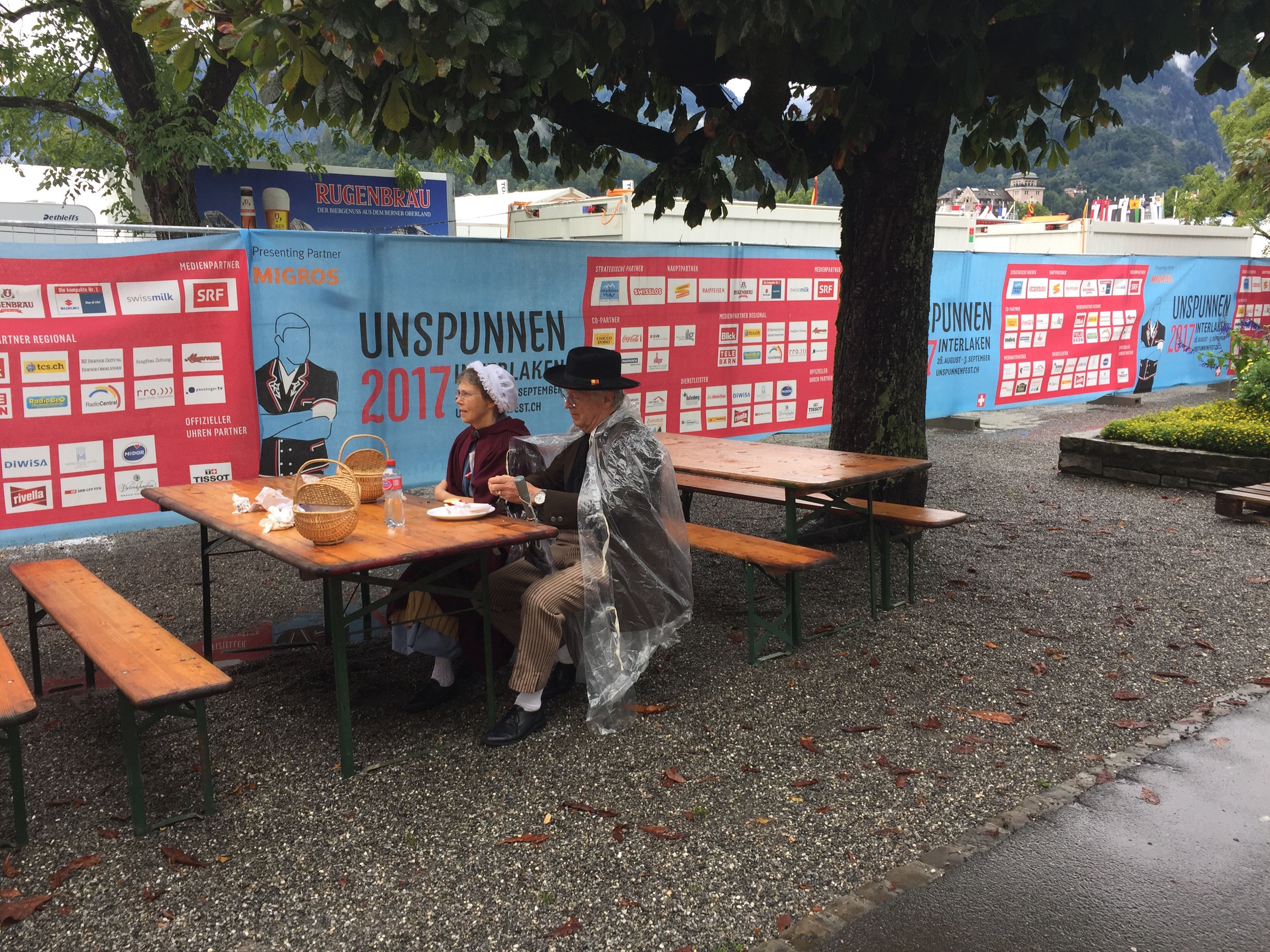 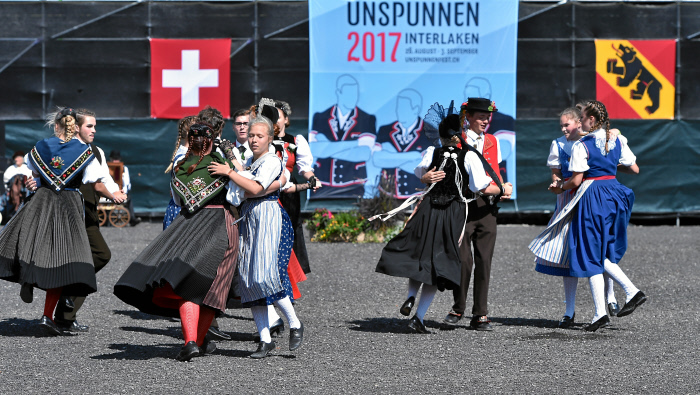 The day of the traditional procession (Interlaken, 2017) © Michael Buholzer/swiss-image.ch 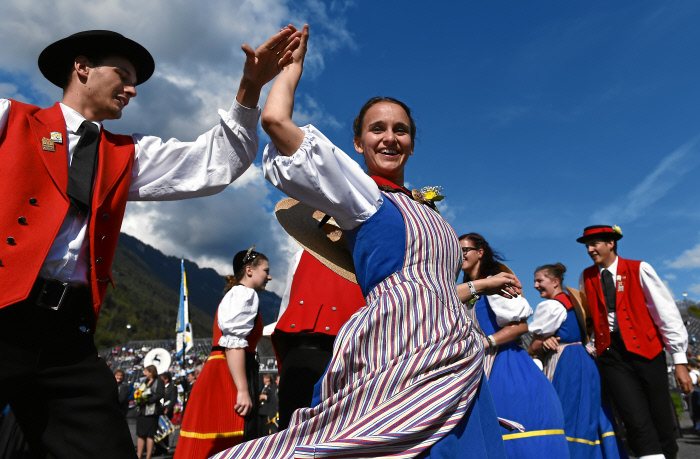 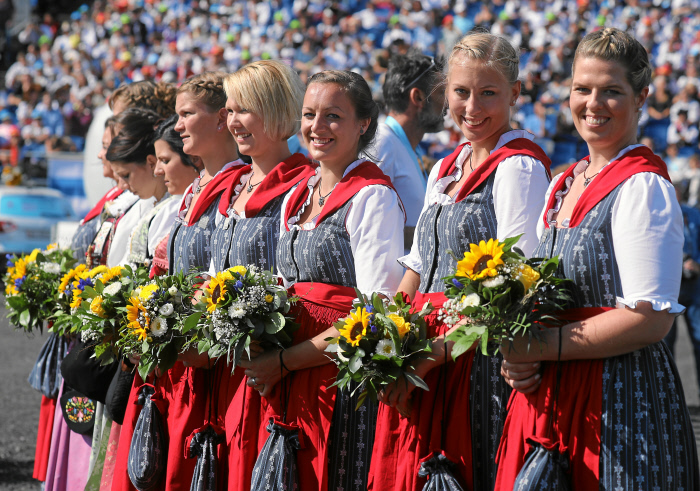 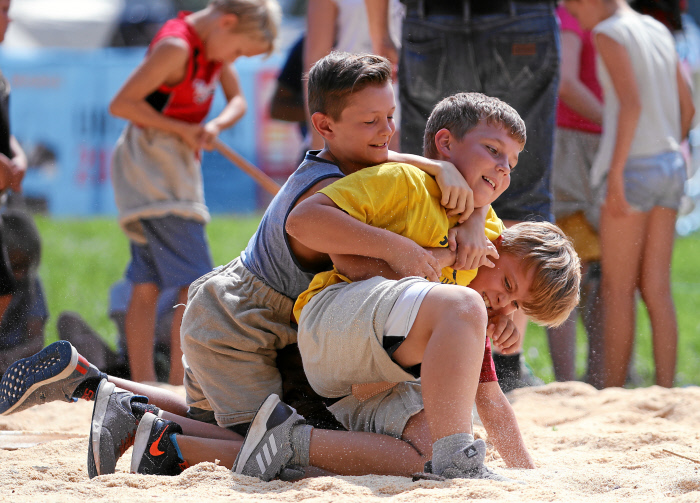 Impressions of the activities for the schools: the wrestling competitions (Interlaken, 2017) © Andy Mettler/swiss-image.ch 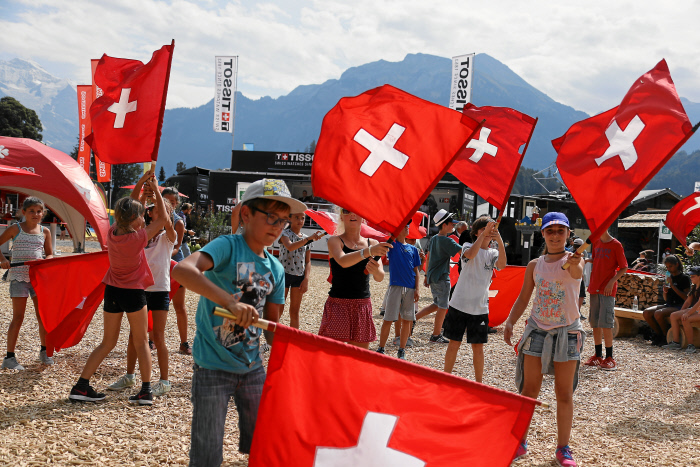 Impressions of the activities for the schools: the flag throwing (Interlaken, 2017) © Andy Mettler/swiss-image.ch 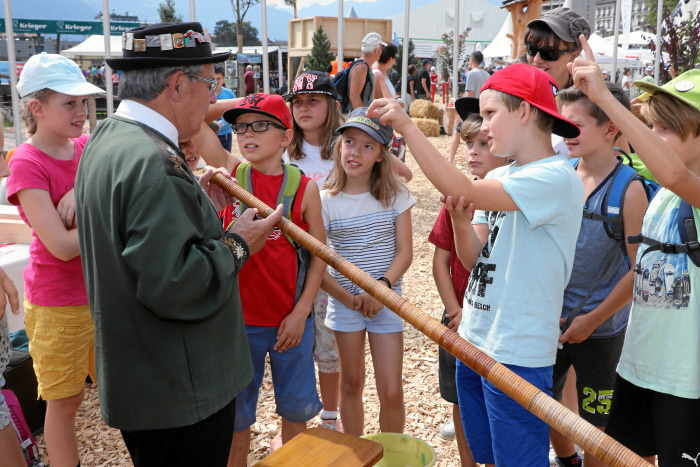 Impressions of the activities for the schools: the alphorn music (Interlaken, 2017) © Andy Mettler/swiss-image.ch 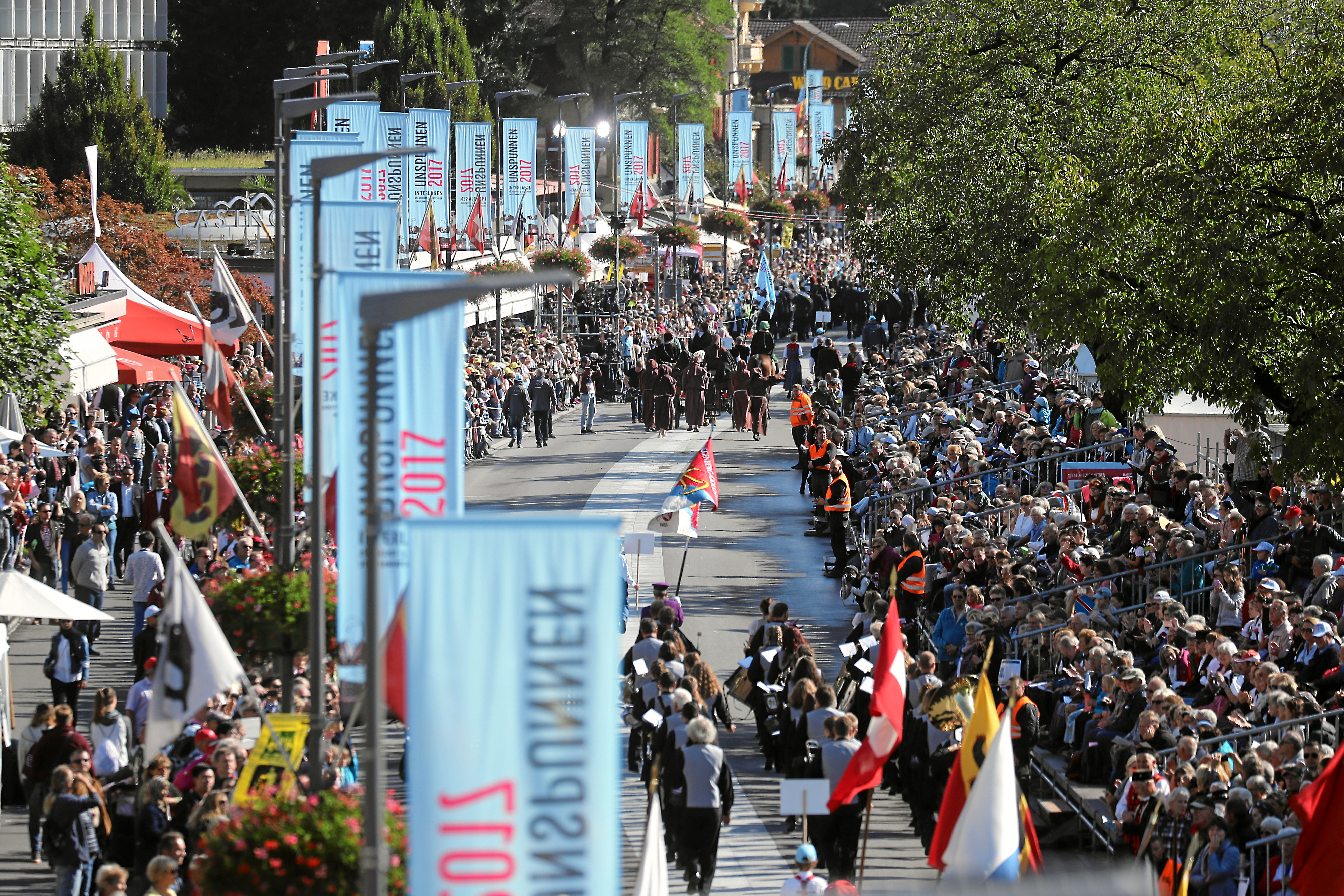 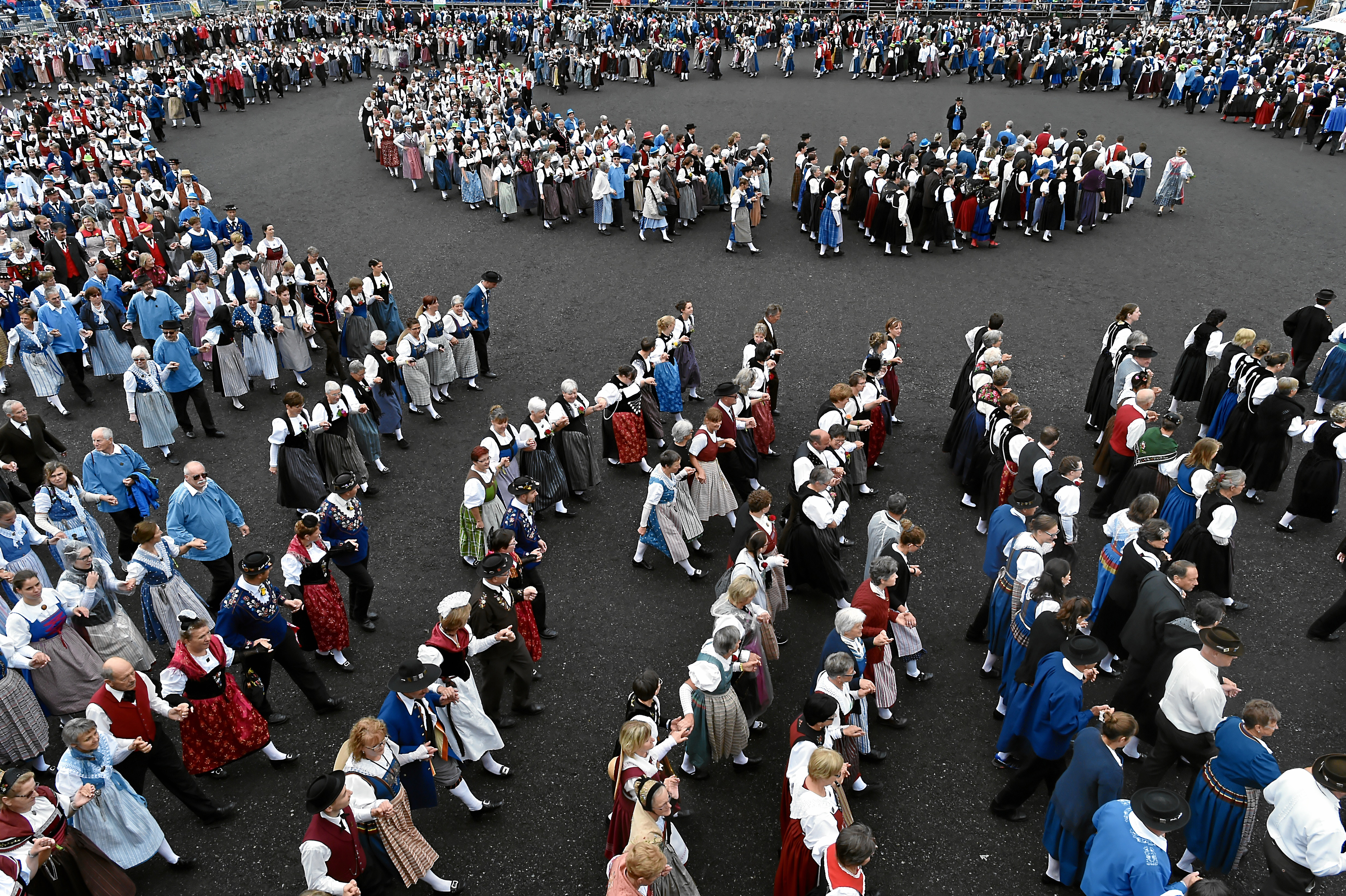 2'500 dancers at the popular dances of the Unspunnenfest (Interlaken, 2017) © Michael Buholzer/swiss-image.ch

The Unspunnen festival in Interlaken is a festival of traditional clothing and alpine farming culture organised by the major Swiss traditional associations, the Swiss National Costume Association, the Eidgenössischer Schwingerverband (the Swiss federal wrestling association), the Swiss Yodelling Association and the Verband Schweizer Volksmusik (Swiss folk music association). Together with their member associations from the canton of Berne, they present stone throwing and wrestling competitions, alphorn music, folk music, traditional costume dances, yodel songs and Naturjodel (natural yodelling, yodelling without words). The procession held on the Sunday morning during the festival is a kind of parade of Swiss popular culture.

The festival has been held at regular intervals of approximately twelve years since 1946, but the tradition dates back to the beginning of the 19th century. The first two Unspunnen festivals were held as Swiss alpine farming festivals in 1805 and 1808 in the aftermath of the collapse of the Helvetic Republic, and were initiated by four patricians from the city of Berne as a means of bridging the divide between the cities and rural communities. These festivals also provided the initial impetus for modern tourism in the Bernese Oberland, and inspired a revival in the popularity of the alphorn and a growing interest in folk songs. To this day, the Unspunnen festival continues to enjoy widespread popularity and a special symbolic significance. This latter fact was one of the reasons why separatists from the Canton of Jura stole the Unspunnen stone - which is used in the festival's stone throwing competition - from the tourism museum in Unterseen in 1984. The original stone reappeared in 2001, but was stolen again in 2005. Its whereabouts remain unknown to this day.

Playing the alphorn and the Büchel