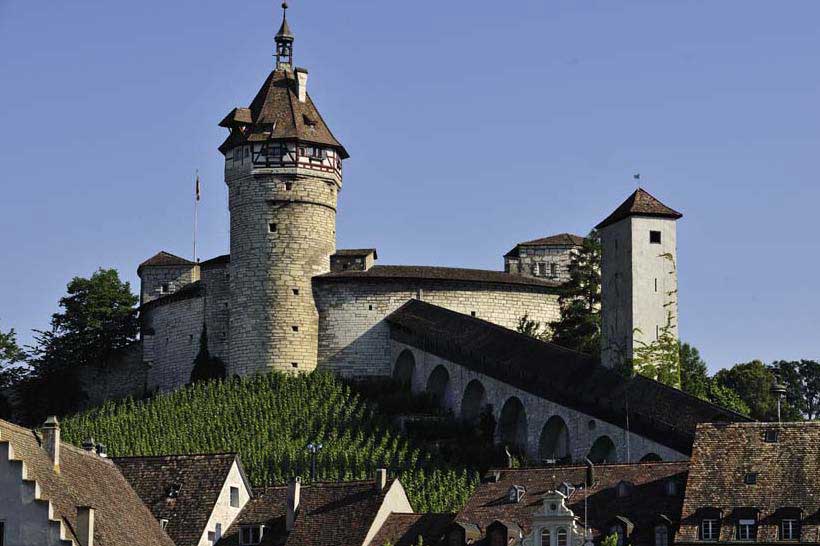 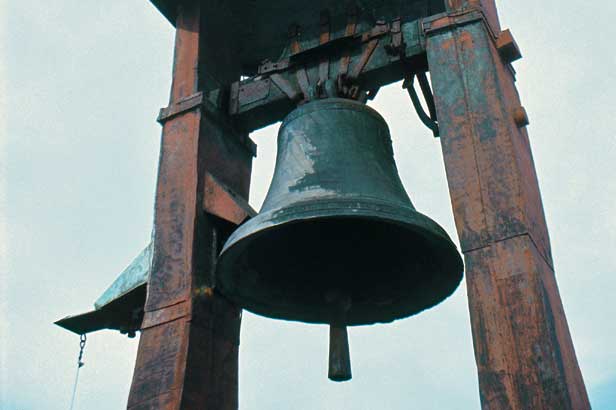 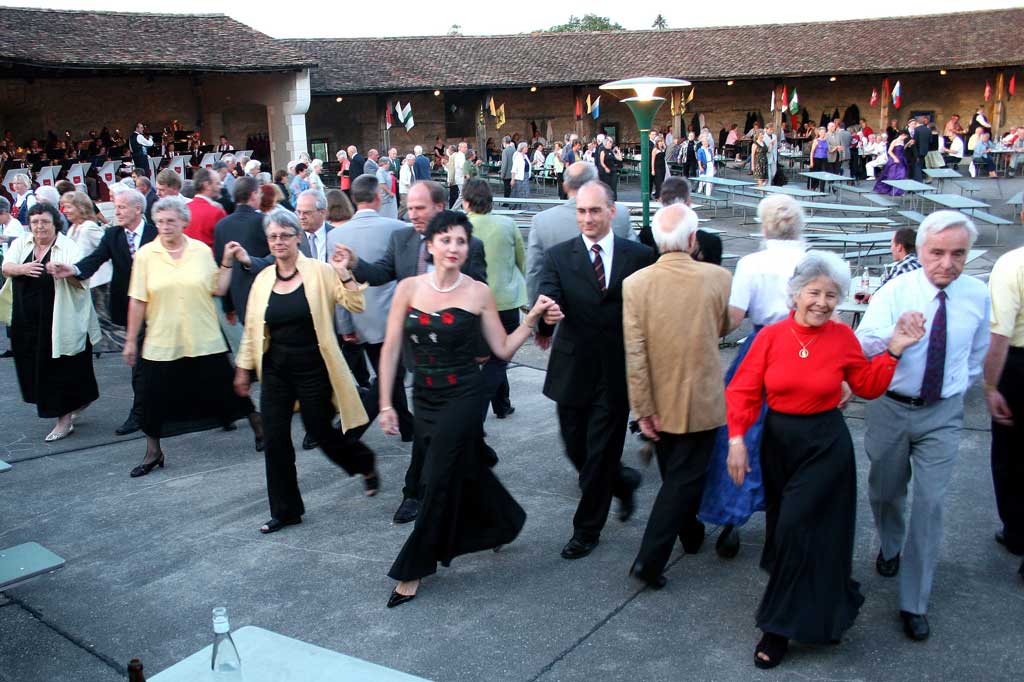 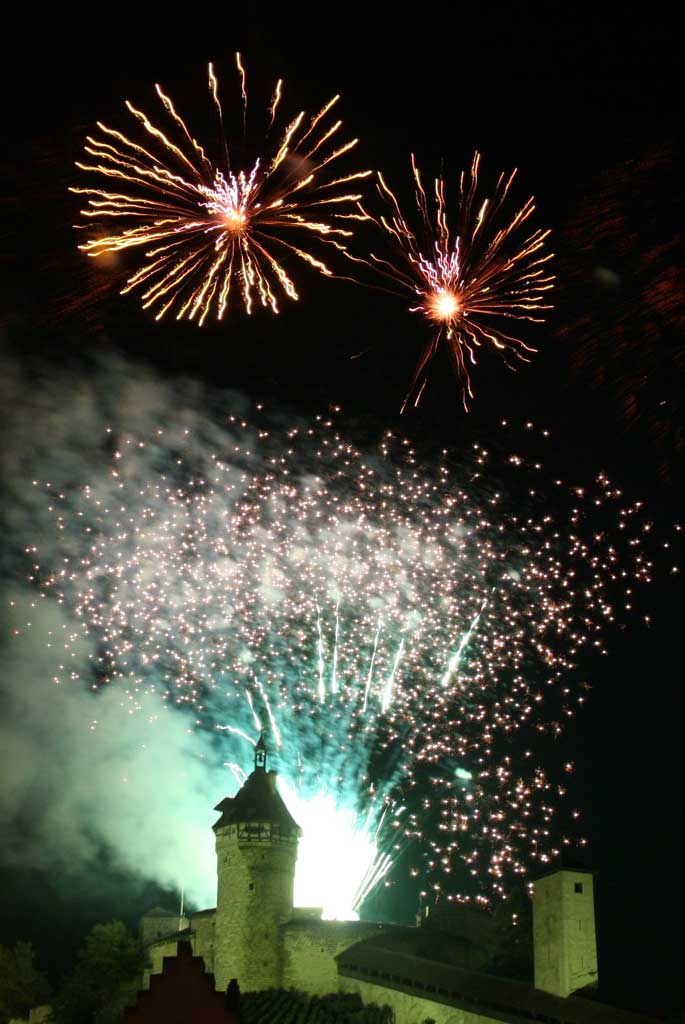 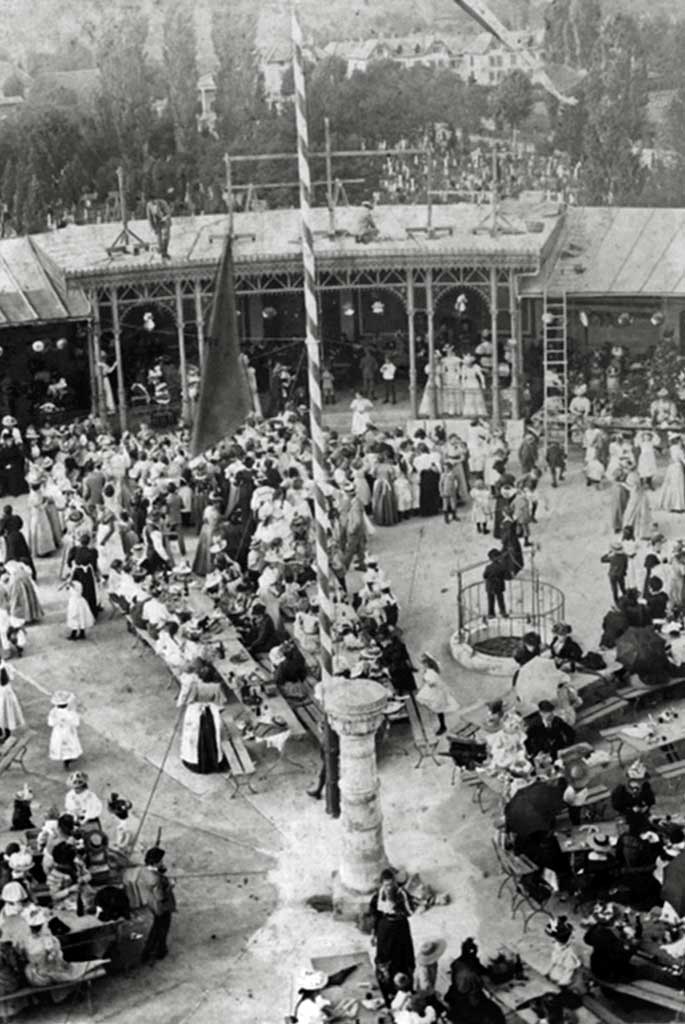 The Munot festival on the battlements, 1897 © F. Kugler, Schaffhausen/Stadtarchiv Schaffhausen

The Munot is the undisputed landmark of the city of Schaffhausen. No other city in the Confederation built a comparably monumental structure in the 16th century. There are numerous traditional and modern customs relating to Schaffhausen's most famous building, all of which are organised and supported by the Munotverein (Munot association), founded in 1839. Between the end of June and the end of August, the traditional Munot balls are held on the battlements of the fortress, with the highlight since 1886 being a ballroom dance called the quadrille. A children's festival with fireworks has been held since 1940, and since 1996 the fortress has hosted a highly popular open air cinema festival each summer. Until 1926, the Munotwächter (Munot watchperson) functioned effectively as a lookout. Today, the watchperson – who still lives in the fortress tower – tolls the Munot bell by hand at nine o'clock every evening. Constructed in 1589, the famous bell is the subject of a legend and a song that is well-known throughout Switzerland.

The sound of the Munot bell © Schaffhausen Tourismus

«Das Munotglöcklein», in in the version by David Bell © David Bell/RedRoomMusicStudio 2012