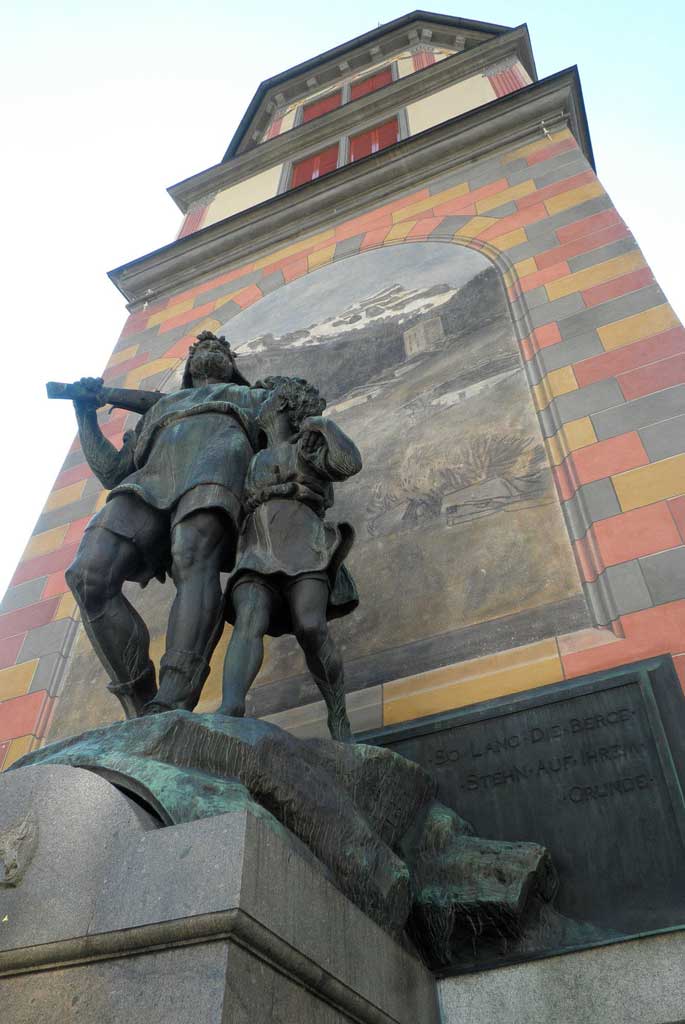 Richard Kissling's Tell Monument on Rathausplatz in Altdorf (Uri), which was inaugurated in 1895, 2012 © Marius Risi, Engelberg 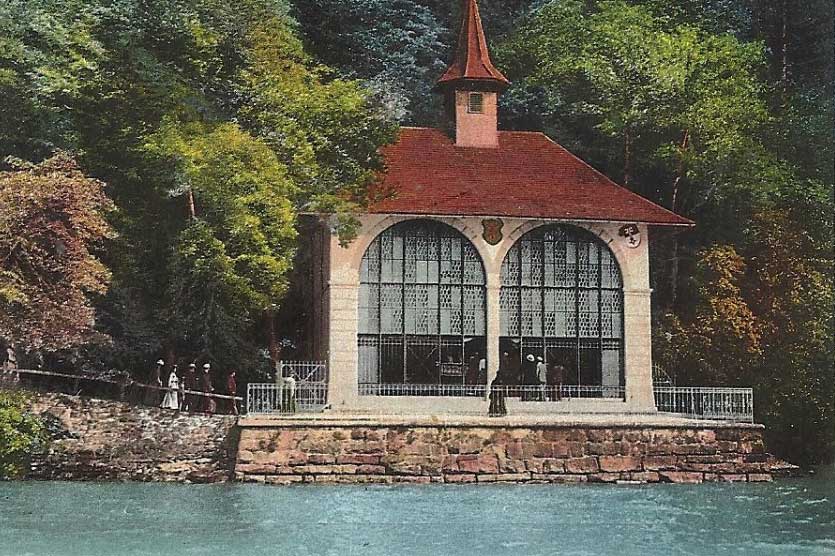 Postcard with a coloured photograph of the Tell chapel on the Urnersee near Sisikon (Uri), around 1900 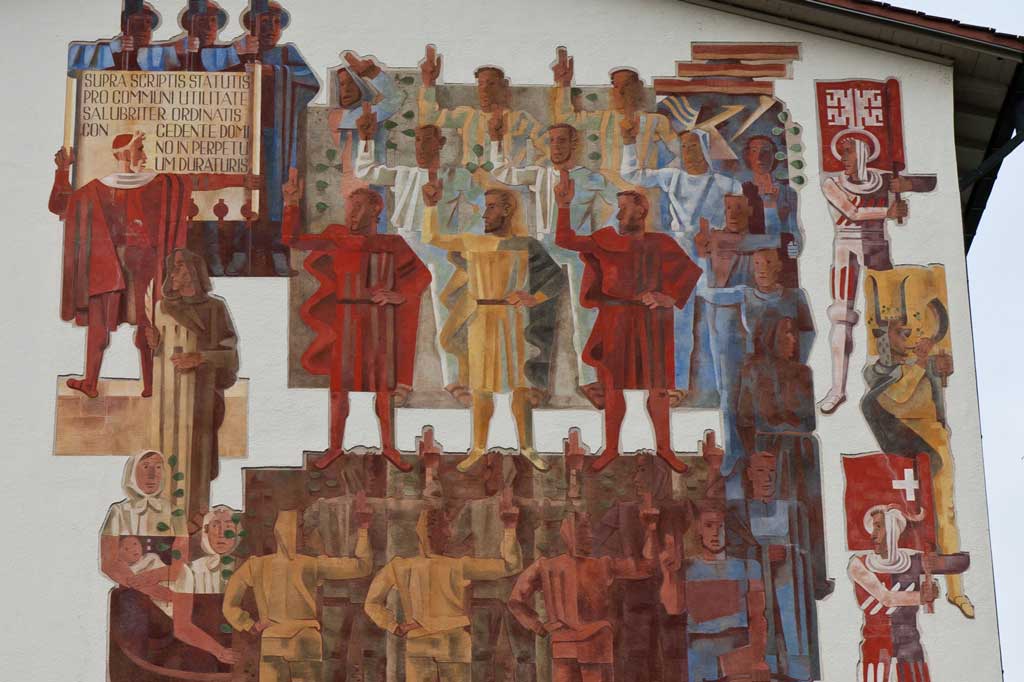 Façade painting from 1936 depicting the Rütli Oath, at the entrance to the Museum of Swiss Charters in Schwyz, 2011 © Marius Risi, Engelberg 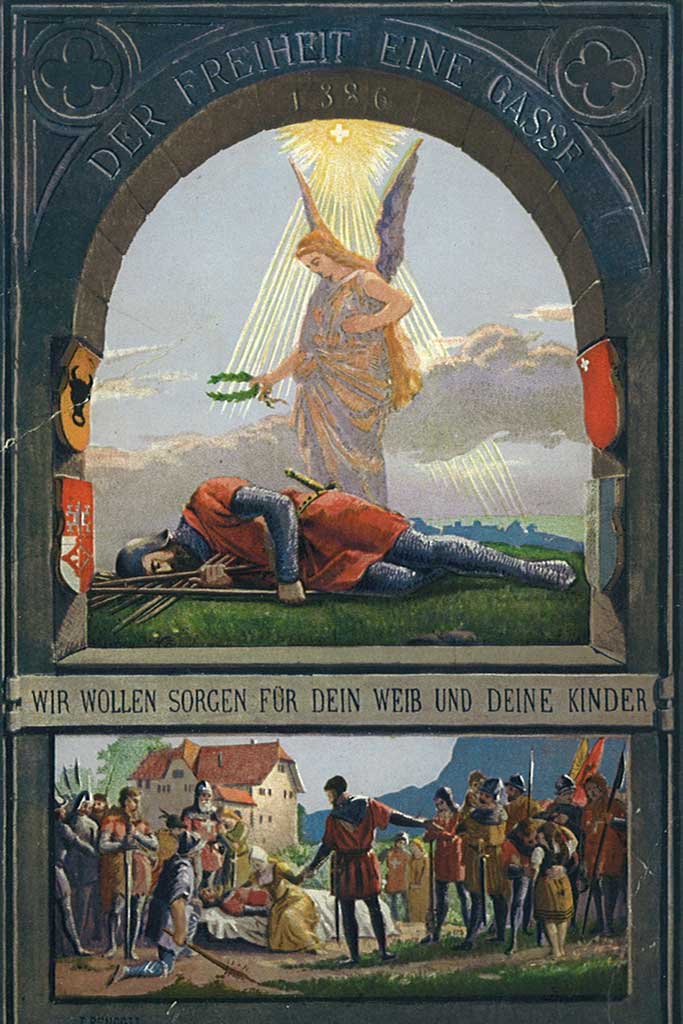 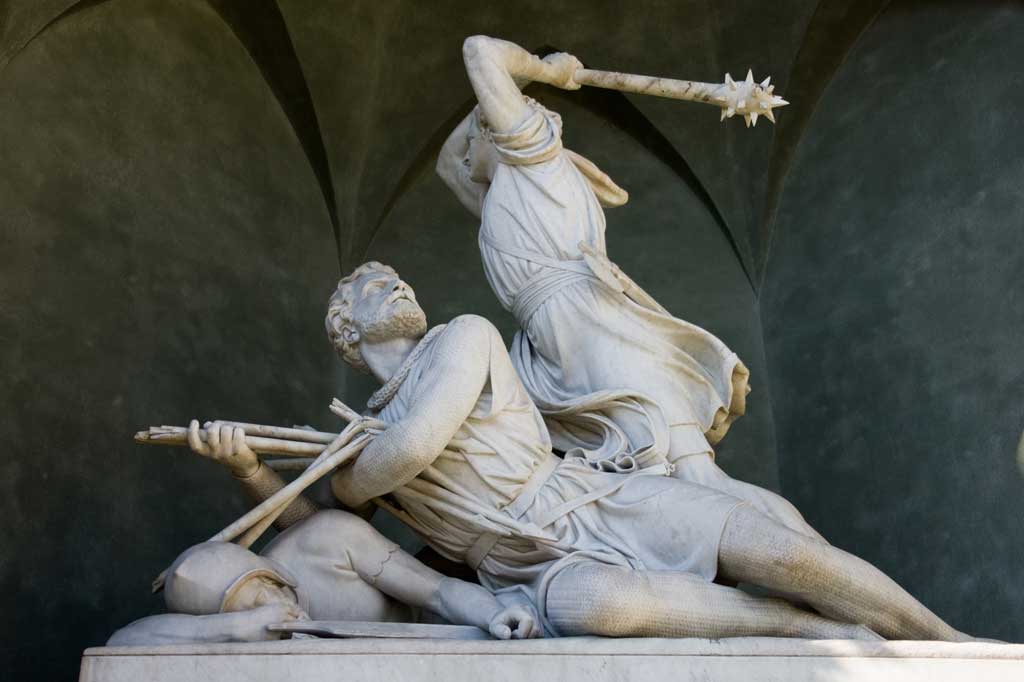 The Winkelried Monument on the village square in Stans (Nidwalden), inaugurated in 1865, 2008 © Roland Zumbühl, Arlesheim, picswiss 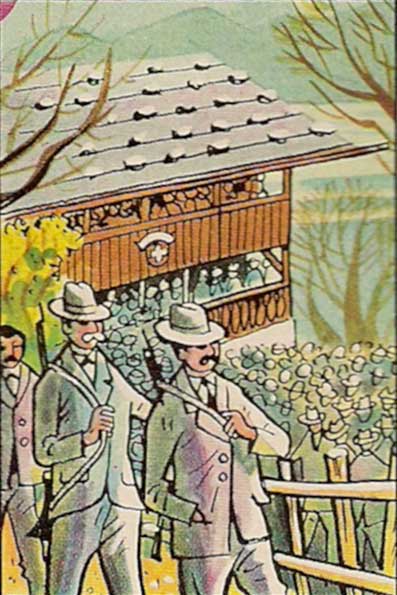 The Rütli shooting competition as an homage to the old confederates: sticker in a collector's album on traditional customs, 1954 © Nestlé Historical Archives, Vevey 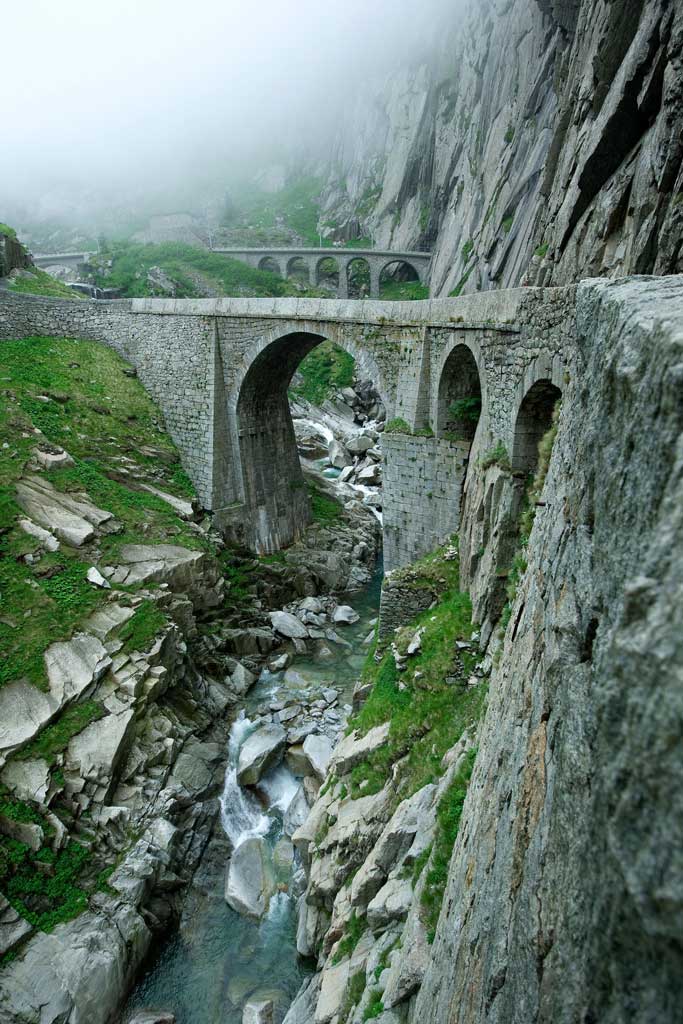 The "Teufelsbrücke" (Devil's Bridge) in the Schöllenen Gorge (Uri). The bridge in the background is part of the Matterhorn Gotthard railway, 2011 © Christof Hirtler, Altdorf 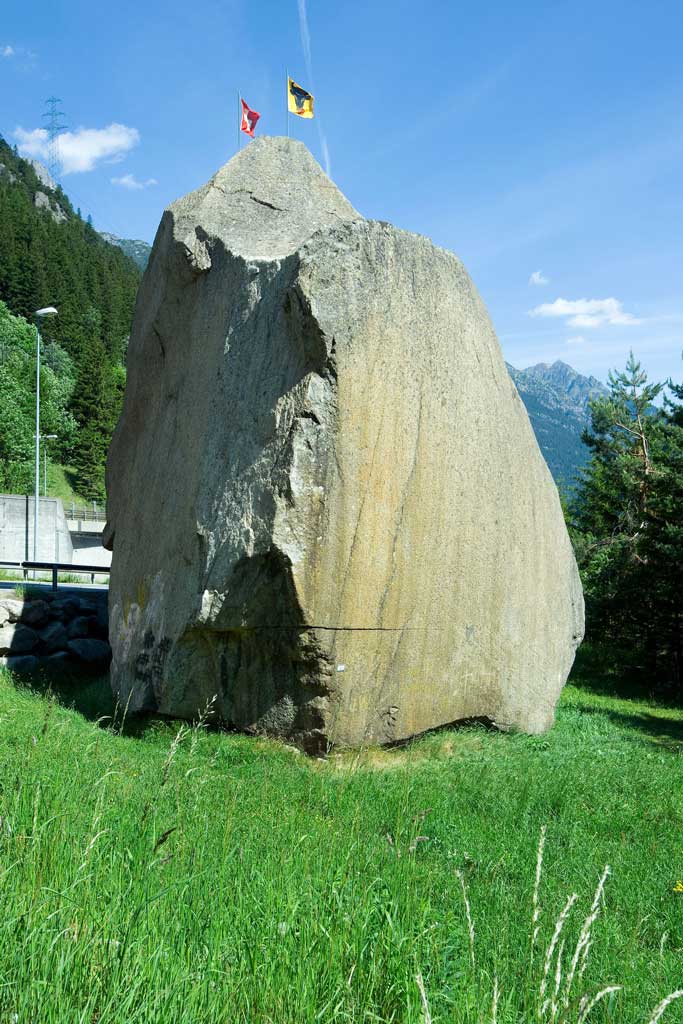 The legendary Devil’s Rock (Teufelsstein) at its new location in Göschenen (Uri); it was moved there in 1973 in an expensive project when the motorway was built, 2011 © Christof Hirtler, Altdorf

The narrative of the struggle for liberation in Central Switzerland is first found in a complete form in the White Book of Sarnen, which was compiled around the year 1470. Thanks to the national historiography of the 19th and 20th centuries, this narrative was not only popularised throughout Switzerland, but developed into an almost unquestionable truth from an emotional and intellectual perspective. Over the course of the last fifty years, however, cracks have started to appear in the mythology of liberation. Today’s historians agree that the numerous alliances seen in Central Switzerland in the 13th century were formed mostly for peacekeeping purposes and not in the pursuit of freedom. Despite this, the idea of a historical struggle for liberation persists in the collective memory. And even if the school curriculum plays a much lesser role in perpetuating these mythological narratives than it did in the past, many inhabitants of Central Switzerland still retain a political and cultural self-perception that is distinguished by a particularly pronounced and historically substantiated love of freedom, a desire for independence and a readiness for self-defence. Conversely, these notions have doubtless also served to influence the reality. They are reinforced by rituals that are still firmly anchored in popular tradition, such as battle commemorations (Morgarten, Sempach) and historical shooting festivals (Allweg, Entlebuch, Morgarten, Rütli and Sempach).