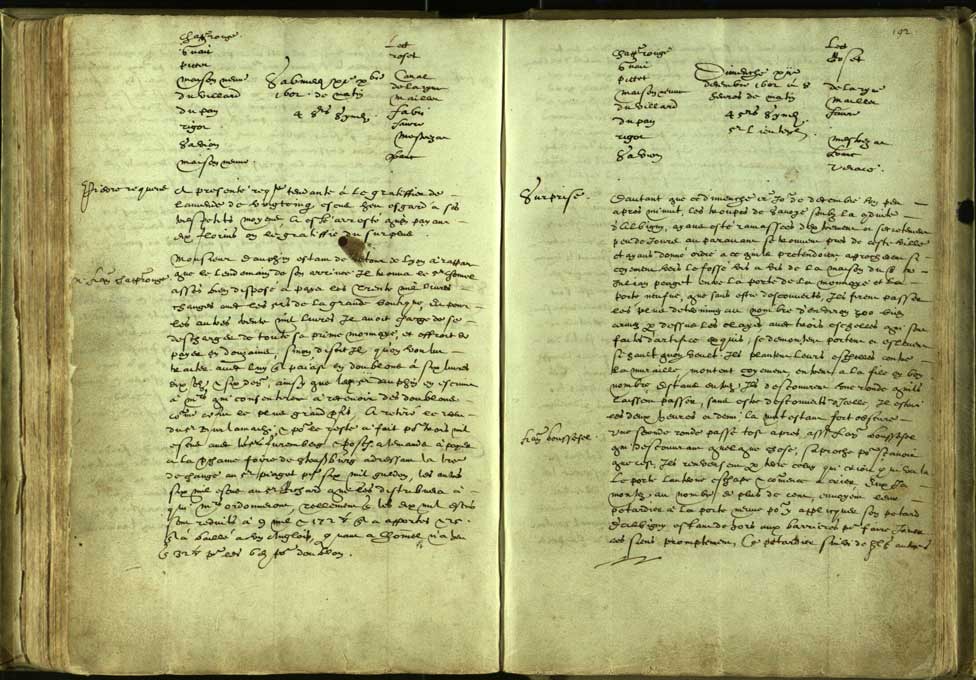 Minutes of the Council of Geneva meeting at 8 a.m. on Sunday, 12 December 1602 concerning the attempt by Savoyard troops to capture the city © AEG, 2005 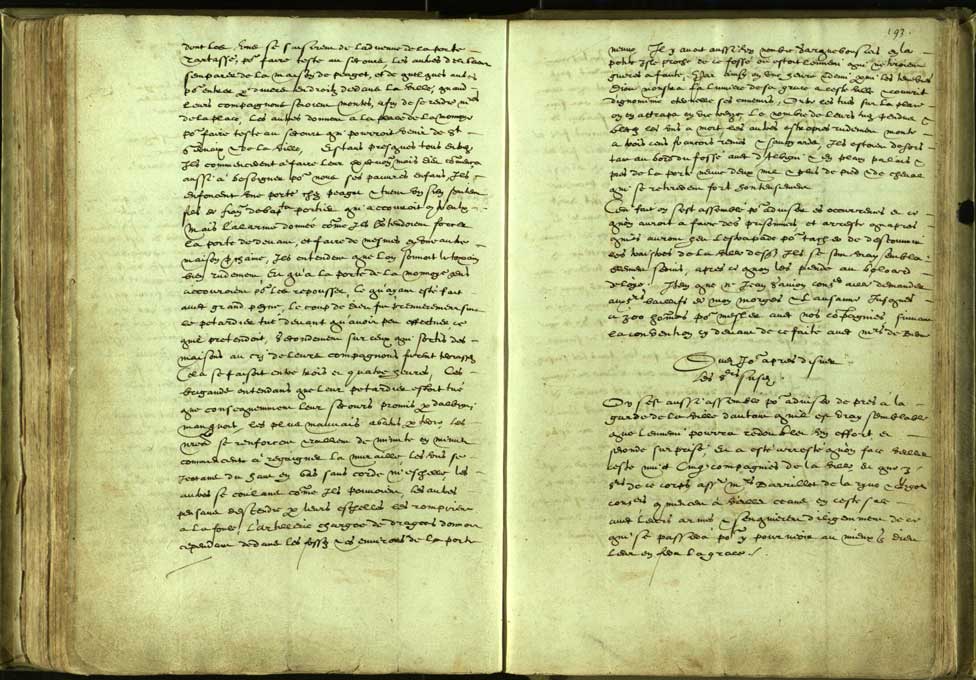 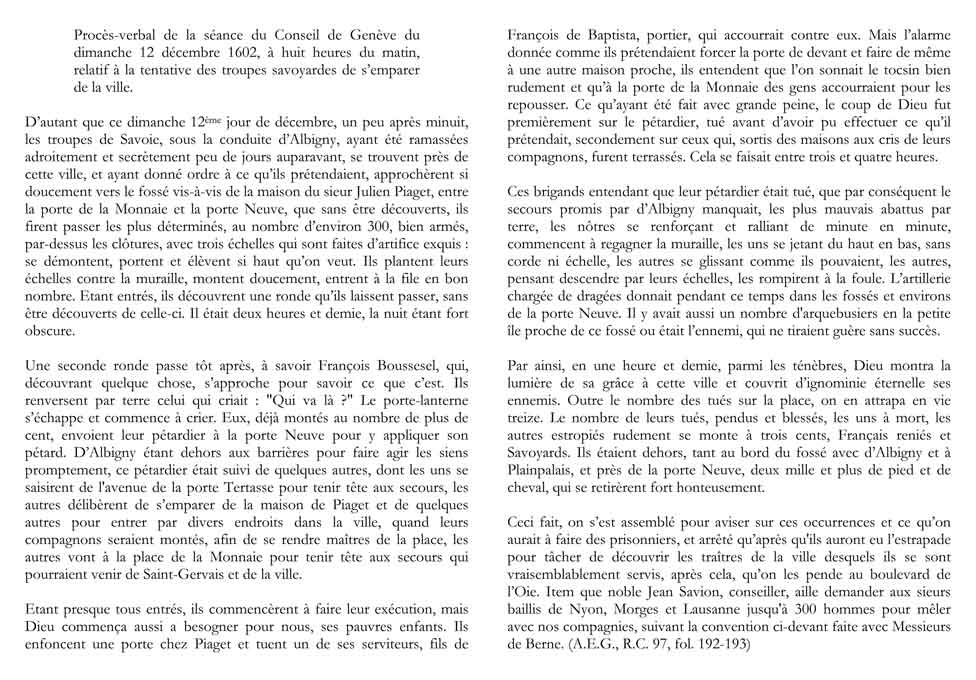 Transcribed minutes of the Council of Geneva meeting at 8 a.m. on Sunday, 12.12.1602 concerning the attempt by Savoyard troops to capture the city © AEG, 2005 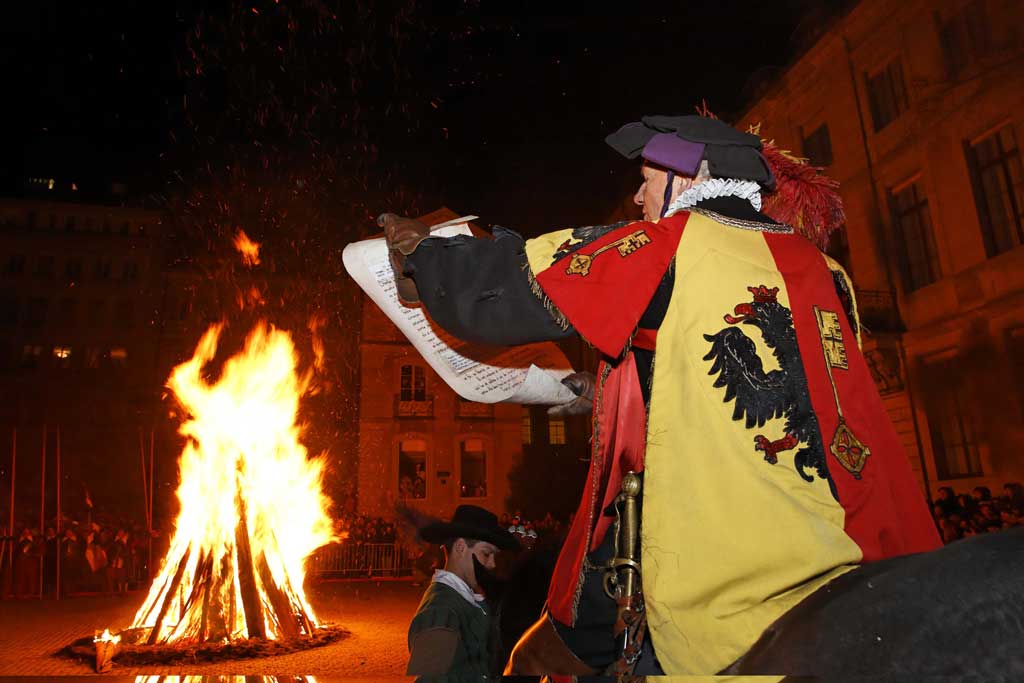 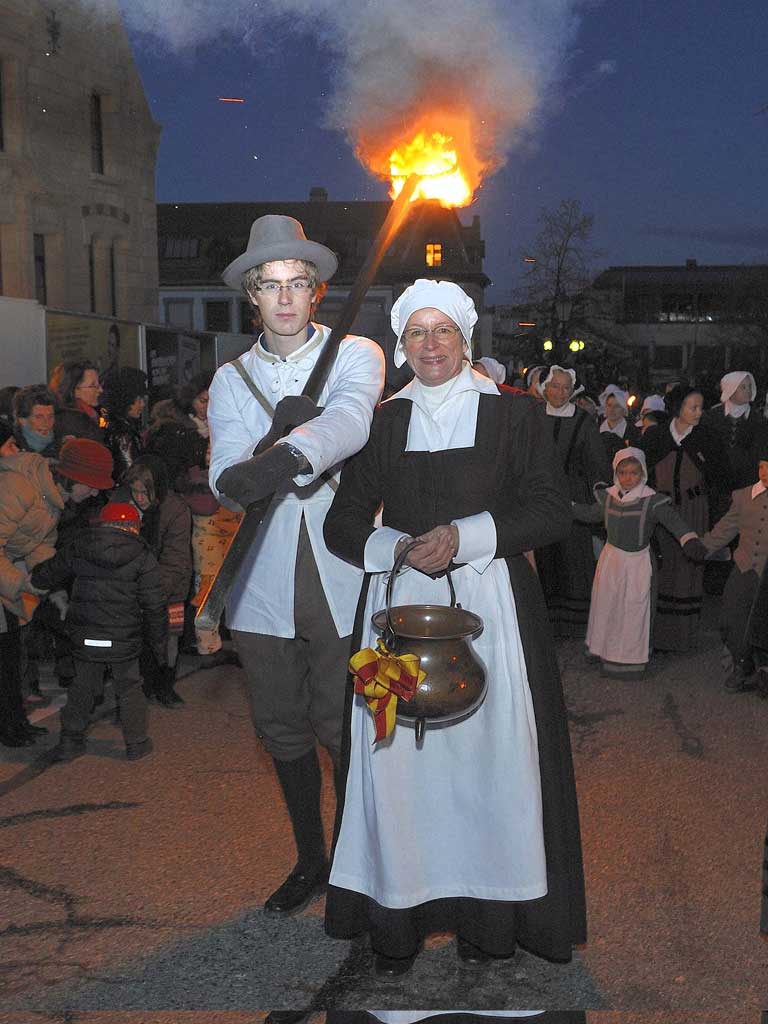 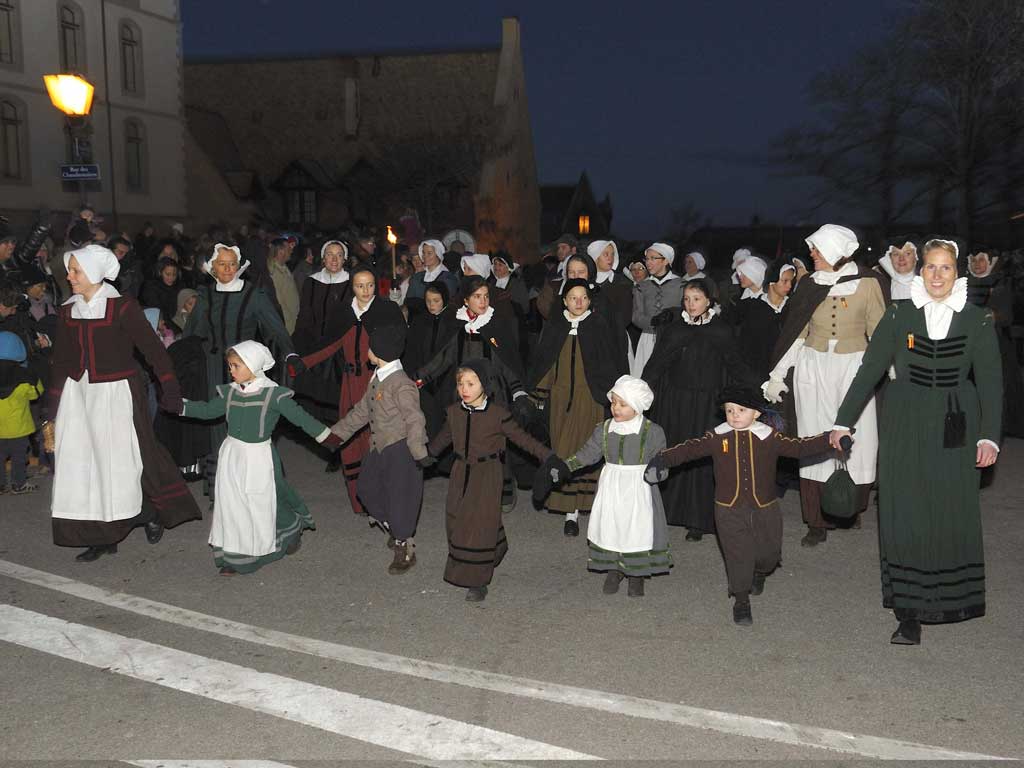 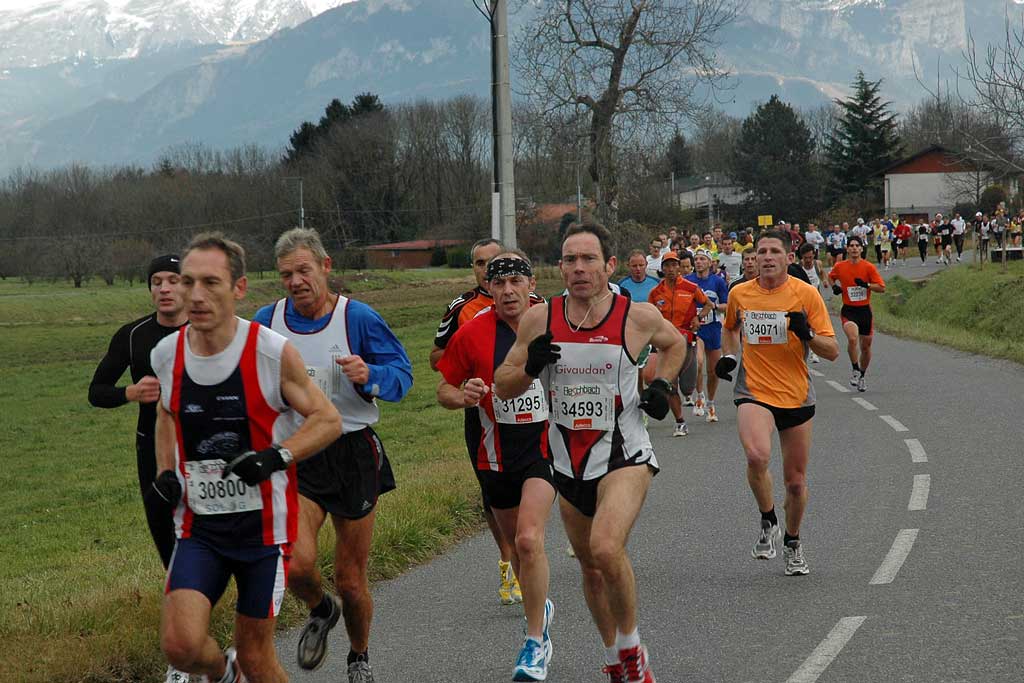 Following in the footsteps of the Duke of Savoy, an army of runners launch a peaceful assault on Geneva © Ass. Course de l'Escalade, 2007 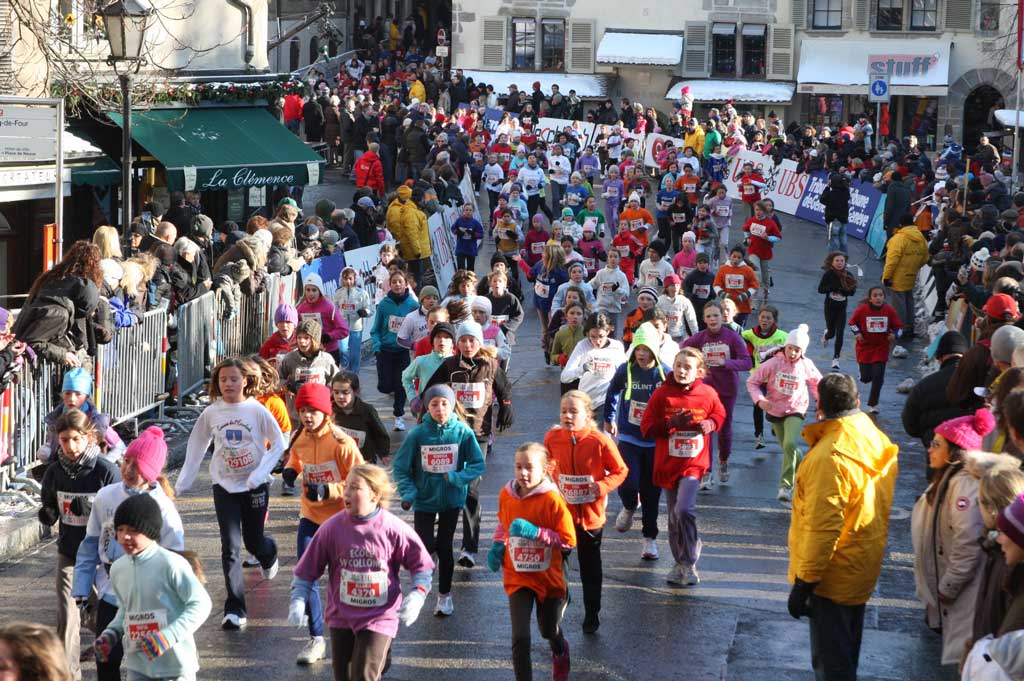 For one day, le Bourg-de-Four, the heart of Geneva’s old town, is given over to the youngest runners. © Ass. Course de l'Escalade, 2010 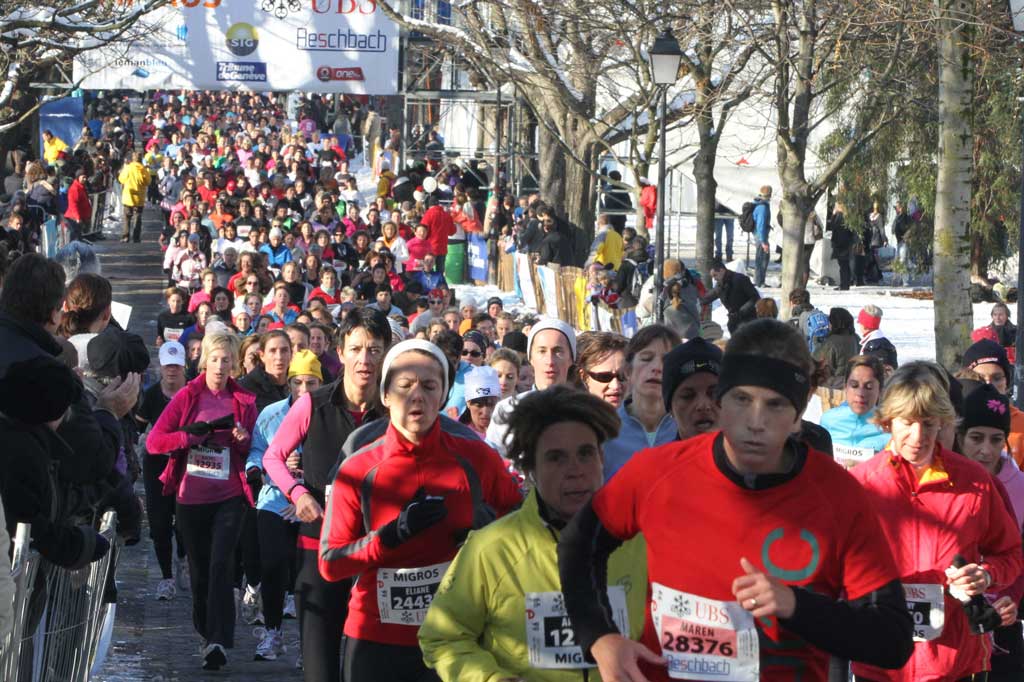 Parc des Bastions: a colourful mix of runners from all faiths pass by under the attentive gaze of the Reformationists © Ass. Course de l'Escalade, 2010 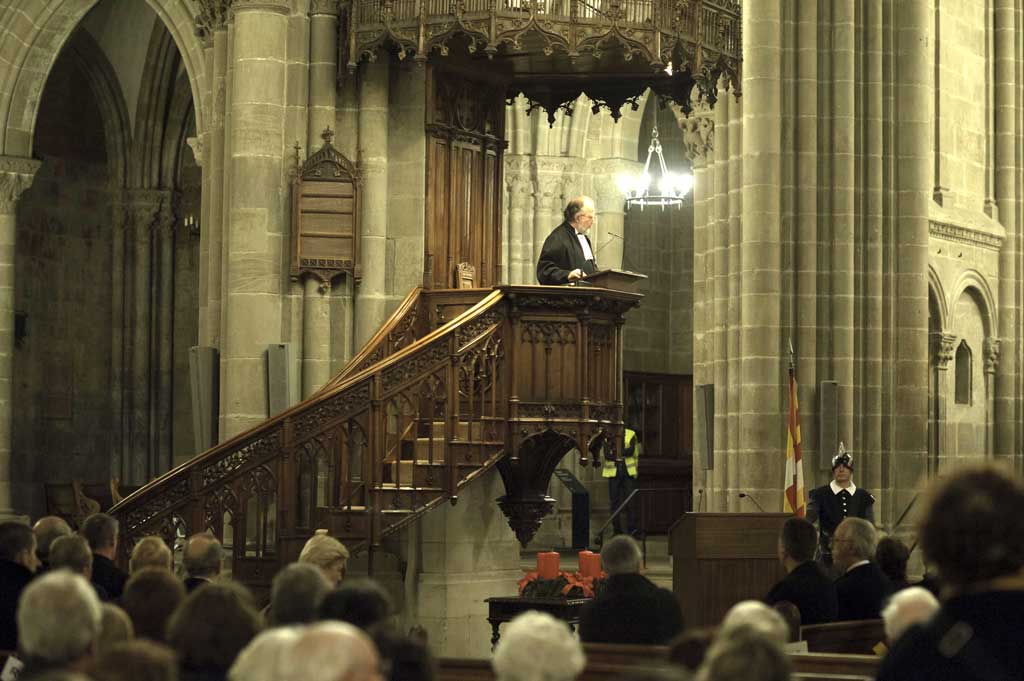 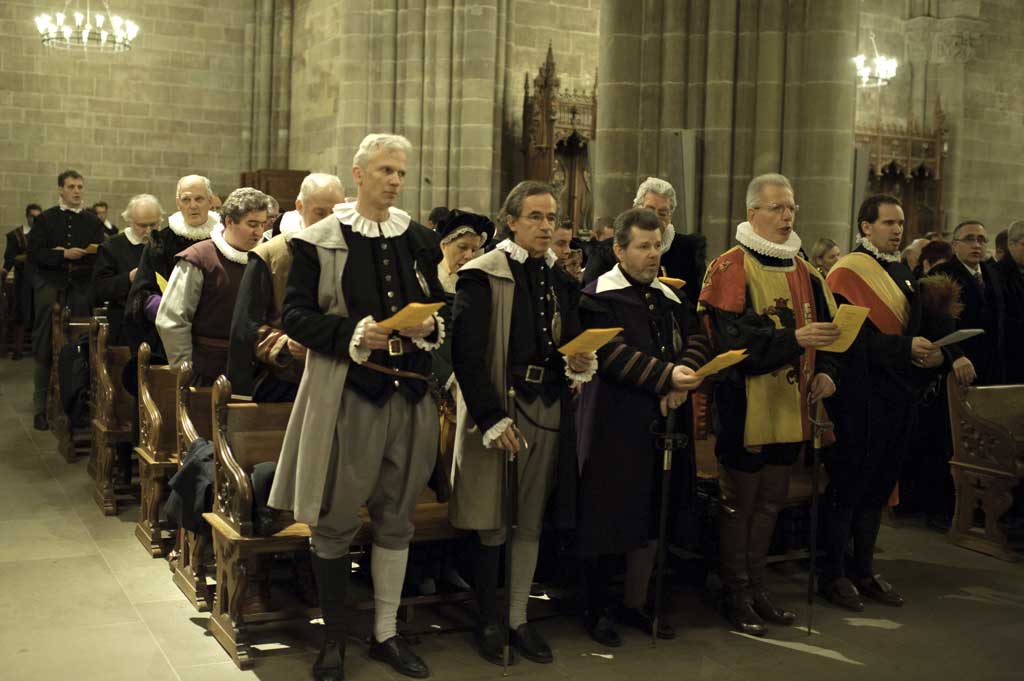 “Thus perish the enemies of the Republic!” Each year, the people of Geneva commemorate their unlikely victory over the Duke of Savoy by smashing cauldrons made of chocolate. The Duke launched an assault against the city’s defences during the night of 11 December 1602, sending more than 2,000 men over the walls. This attack was fended off by people armed with nothing more than their own courage – foremost among them the legendary Mother Royaume, who reputedly threw a cauldron of boiling soup over the enemy – and remains firmly lodged in the city’s collective memory. While the tradition of smashing the cauldron did not become established until 1881, the victory celebration took shape as early as 1603. By turns solemn and satyric, for a long time it divided proponents of historical re-enactment and masquerade, with the latter turning the occasion into something of a Protestant mini-carnival during the 19th century.

"L'Escalade" is the quintessential symbol of Geneva’s rebellious, independent spirit. It gives the youngest citizens an opportunity to knock on their neighbours’ doors and sing “Ah la belle Escalade” or “C’é qu’è lainô” (a rare example of surviving Savoyard dialect) in exchange for some small change or sweets. Various costumed celebrations and processions as well as official speeches take place on the weekend closest to 11 December. Saint Peter’s Cathedral hosts a multi-faith service, and the epic "Course de l’Escalade" race has been held on the first weekend of December since 1978.