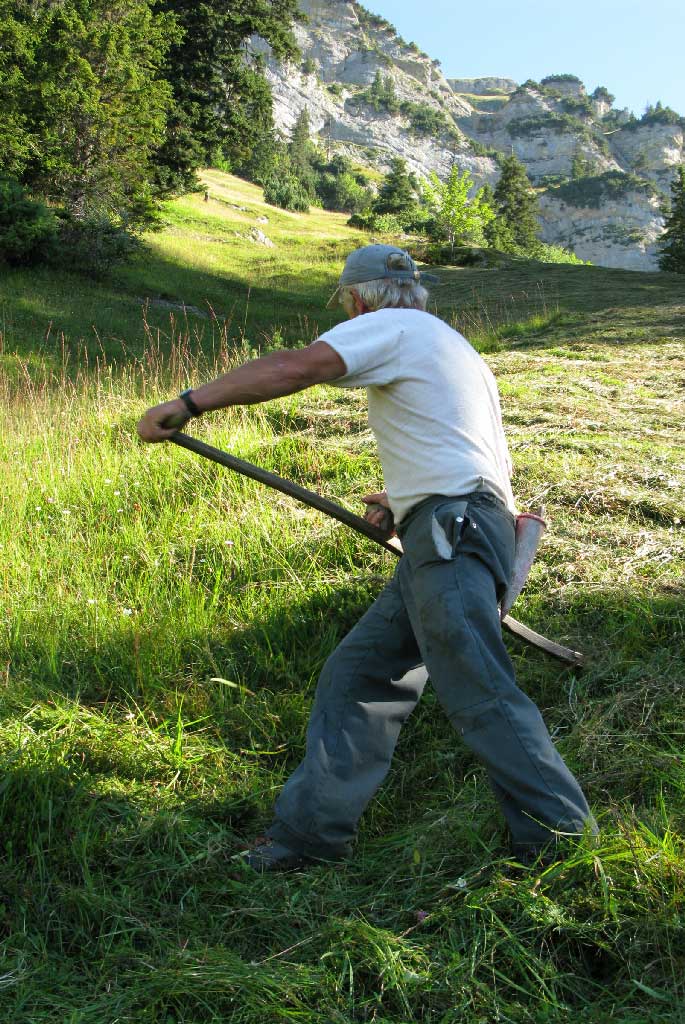 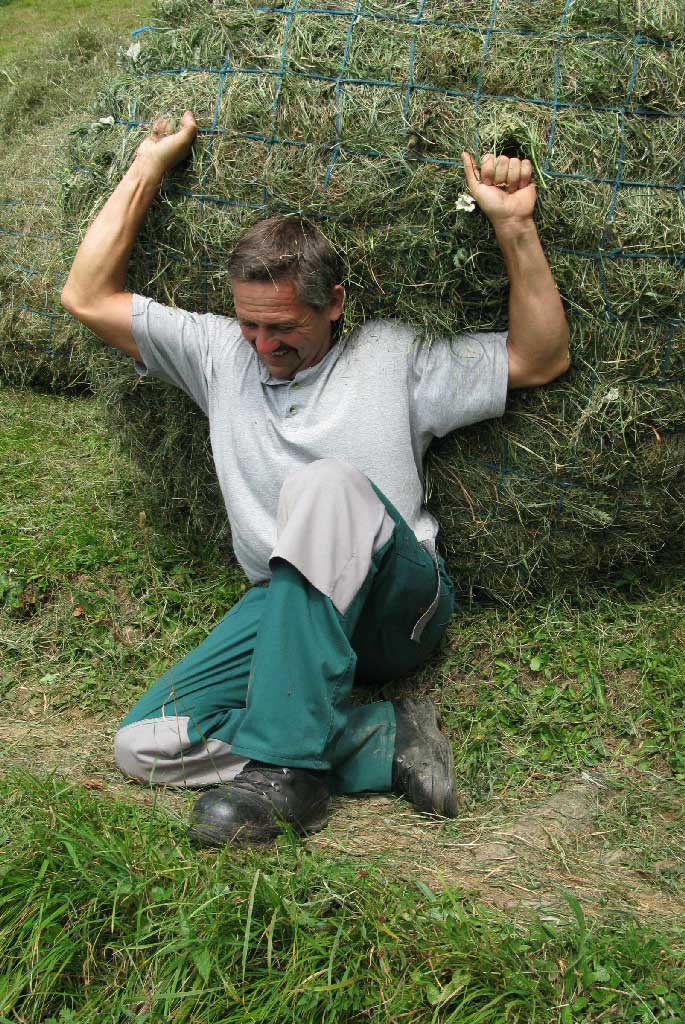 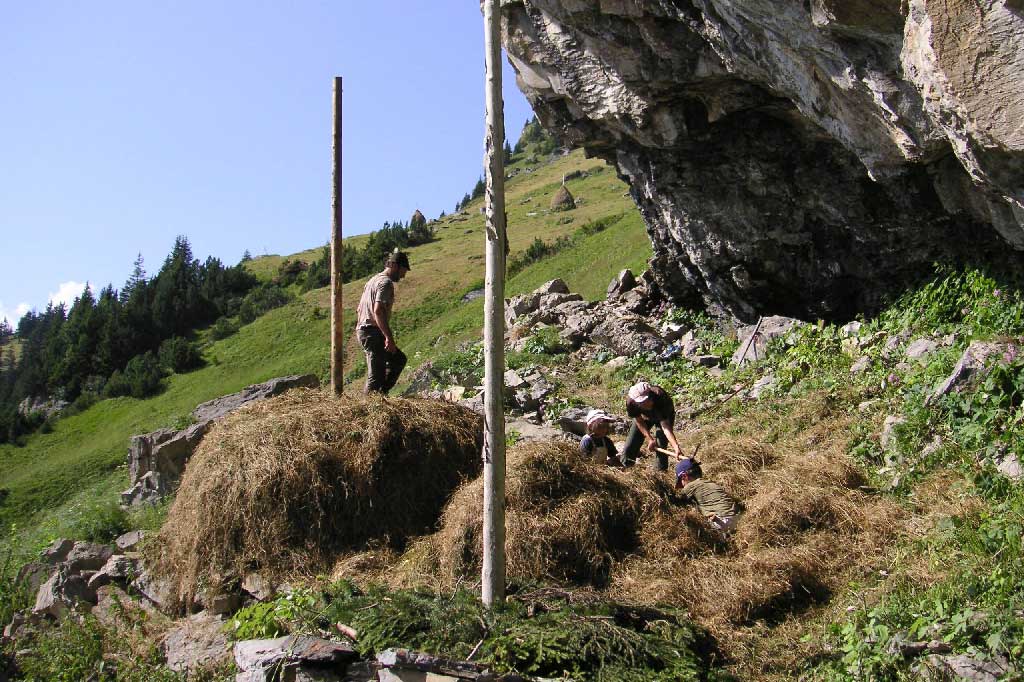 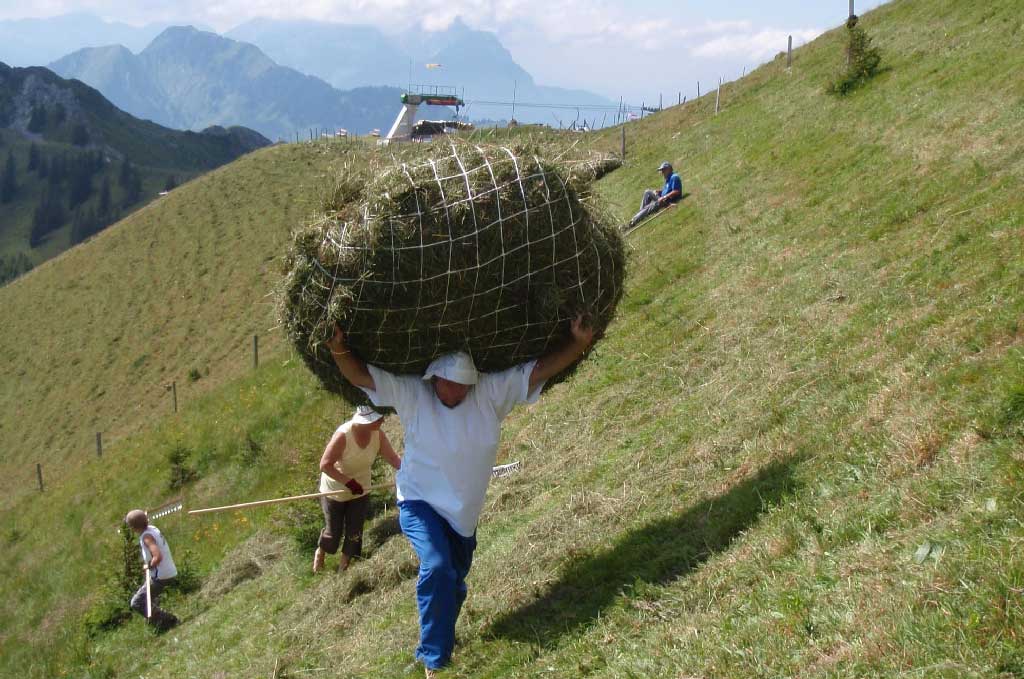 Haldigrat (NW): a wild haymaker in a farmer's shirt carrying a bale of hay on his back, 2009 © Kurt Mathis 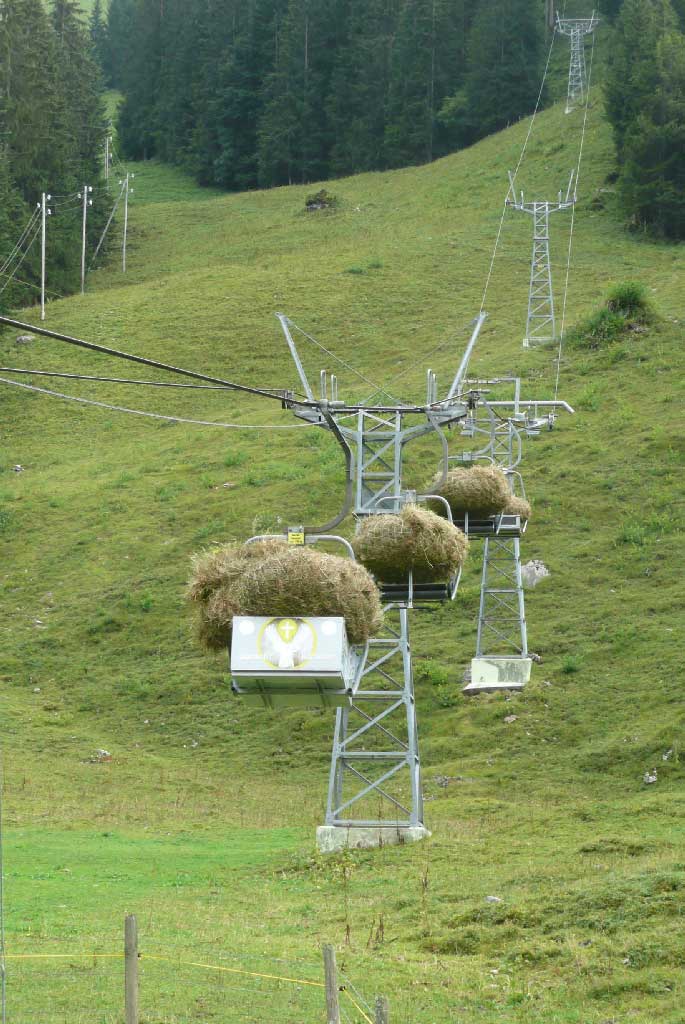 Transporting the hay on a chairlift from Haldigrat down to the Alpboden station, Nidwalden, 2009 © Kurt Mathis

A Muotathal wild haymaker with rucksack, scythe and rake about to set off into the alpine meadows. © Xaver Föhn-Gasser, Ibach (SZ) 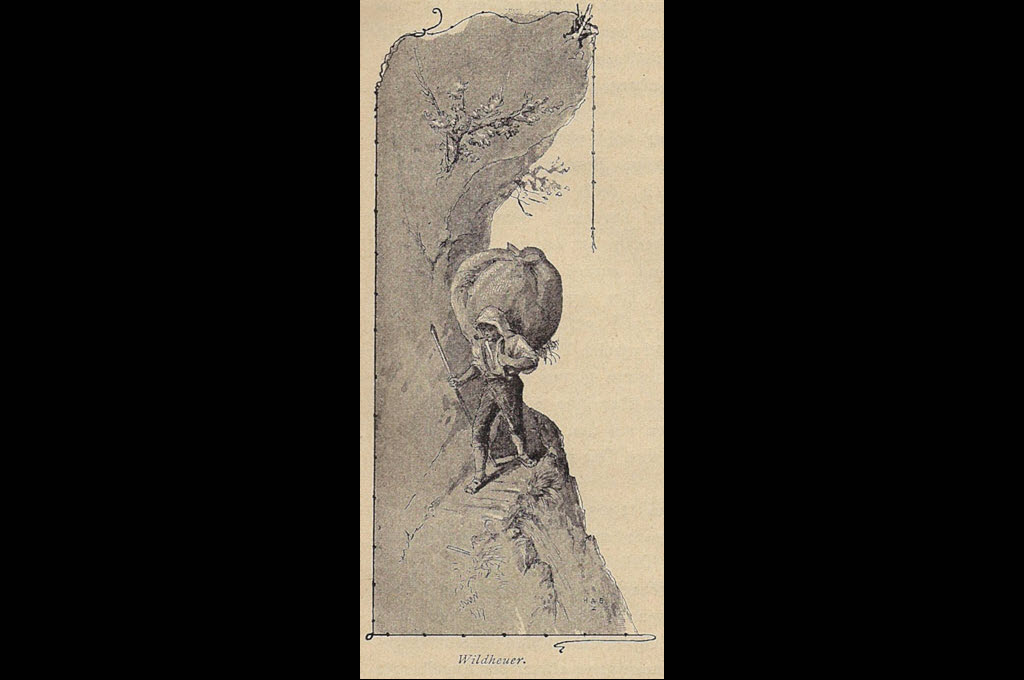 A depiction of a wild haymaker in a guide to Engelberg, 1889 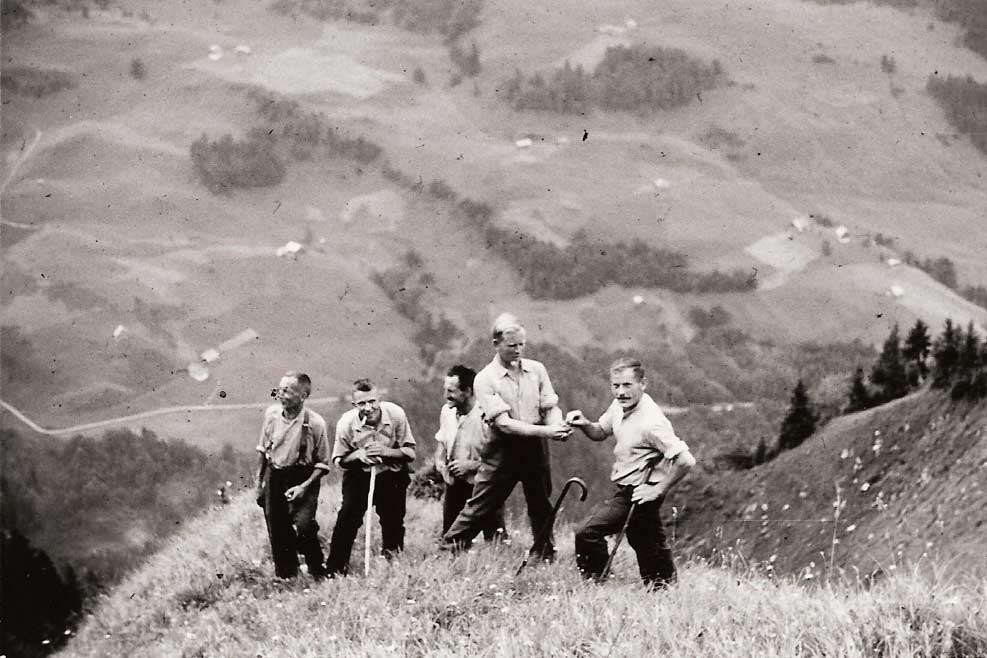 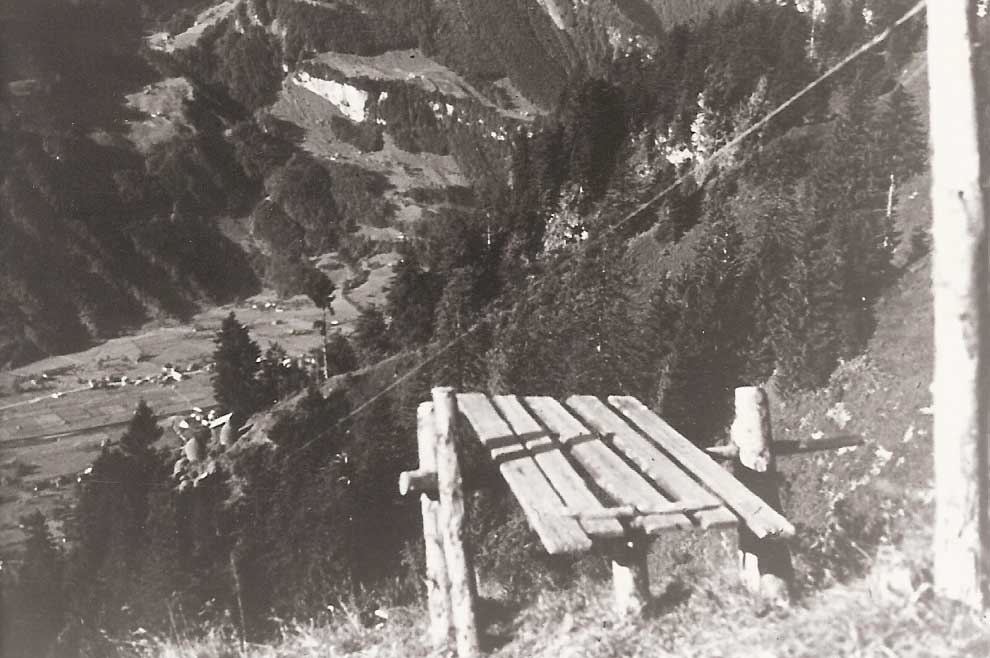 Each summer for centuries, men in Central Switzerland have climbed from the mountain valleys to the high slopes in order to cut the grass for hay production. Due to their topographic features, these meadows cannot be used for grazing animals, treated with fertiliser or cultivated in any significant way, and as a result the plants they produce are completely natural. The process of harvesting these grasses and herbs is known as 'wild haymaking'. The grass on these high alpine meadows can usually be reaped only with scythes. If possible, it is then transported to the valley using hay ropes that the farmers install themselves. The bales – which are known as 'Burdenen' or 'Pinggel' and often weigh over 50 kg – hurtle to the valley floor at speeds of up to 100 km/h, making an unusual whooshing noise that can be heard for miles around. In the 17th century, poor farmers actively promoted the intensive use of the wild hay areas for economic reasons, but in recent times, this traditional alpine farming practice has taken on a more environmentally friendly note. Wild haymaking is practised mainly in the mountainous regions of Central Switzerland. Almost of third of all wild haymaking meadows in Switzerland are to be found in the canton of Uri, which has been actively promoting the practice for a number of years.