Summer grazing season in the alps 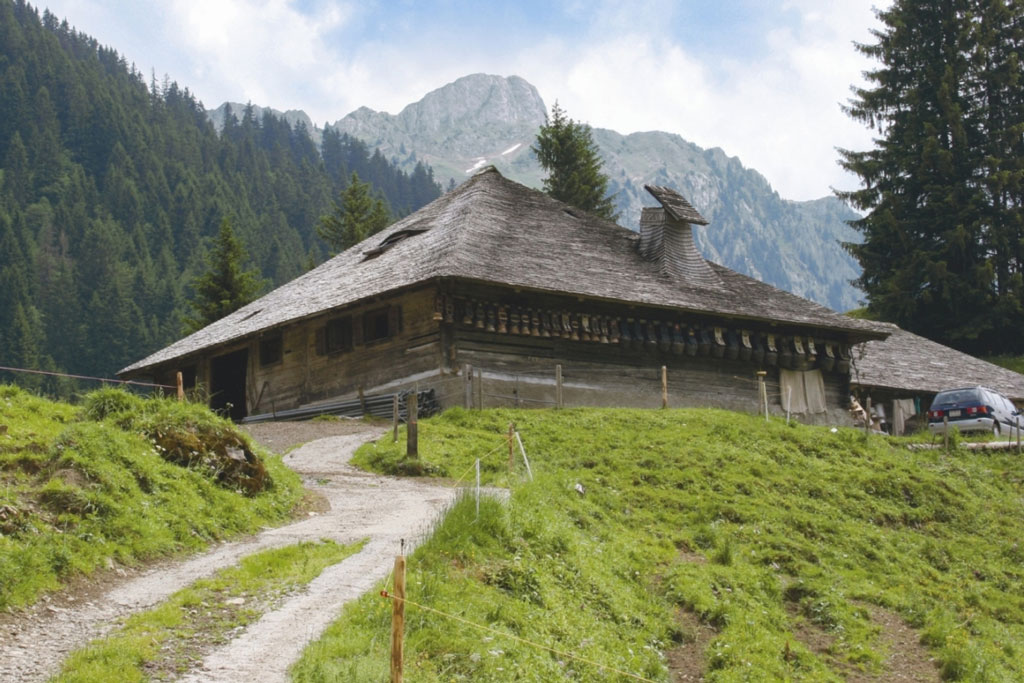 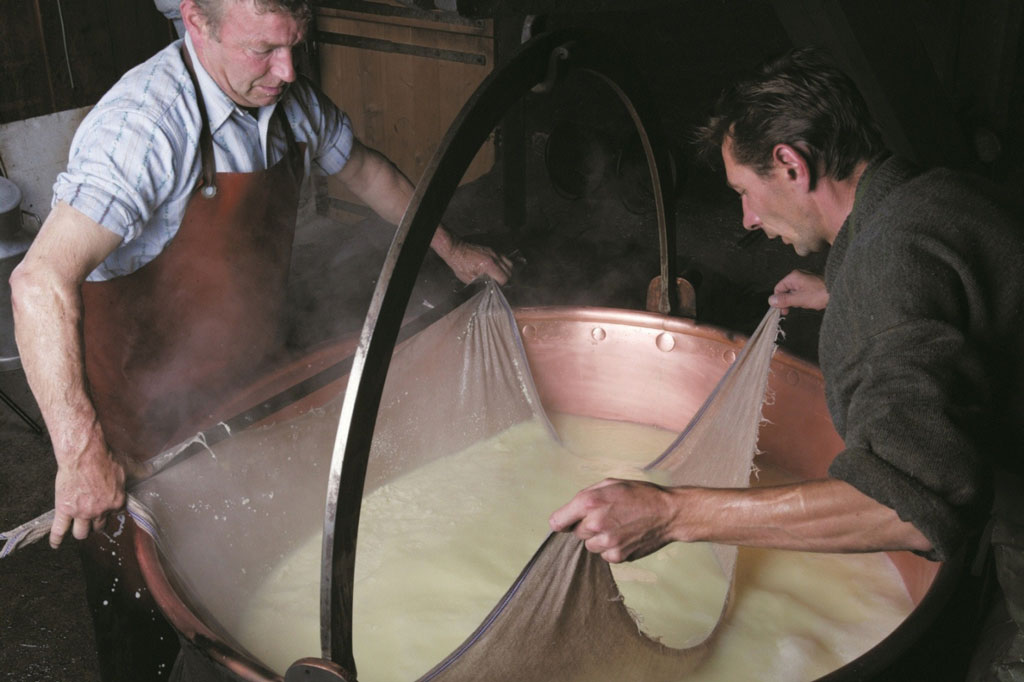 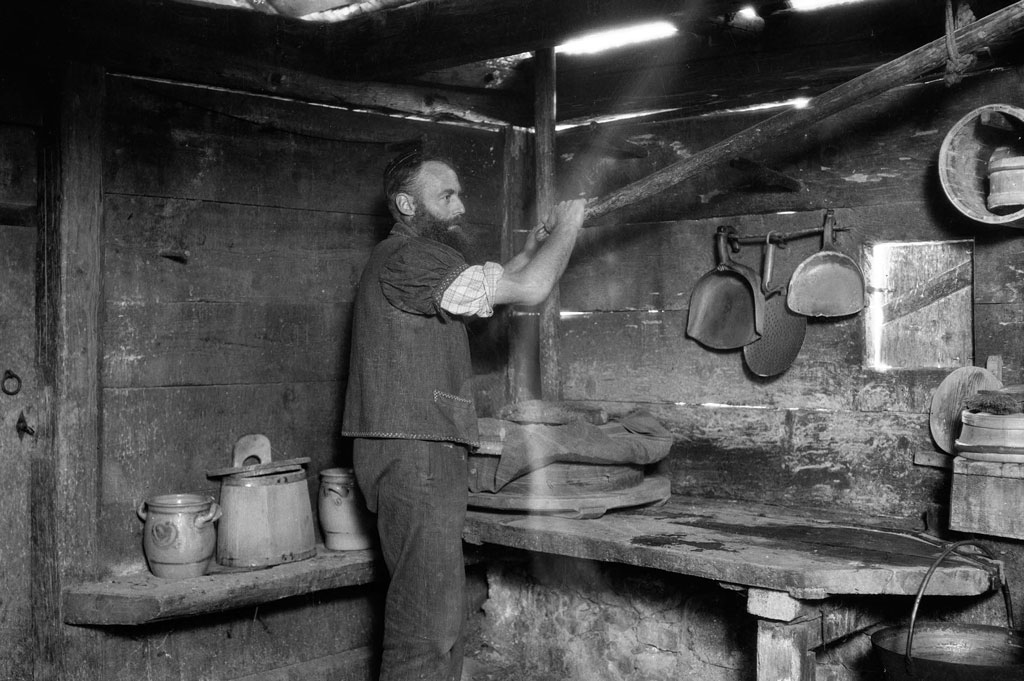 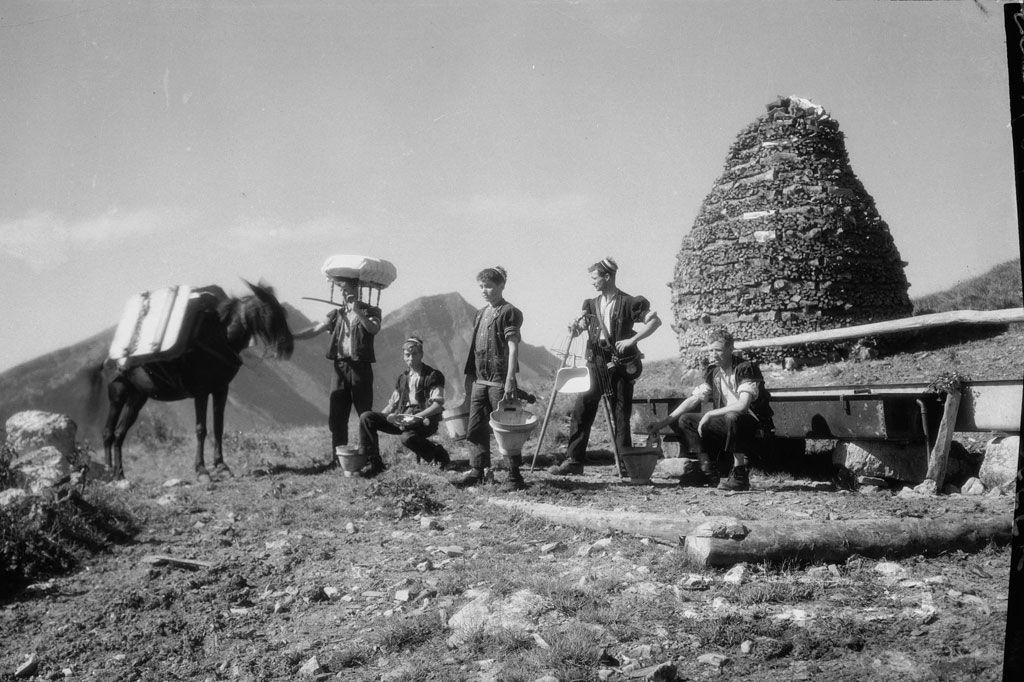 A team of cowherds poses with all its tools in front of a chalet and its wood pile, c. 1930 © Glasson-Musée gruérien 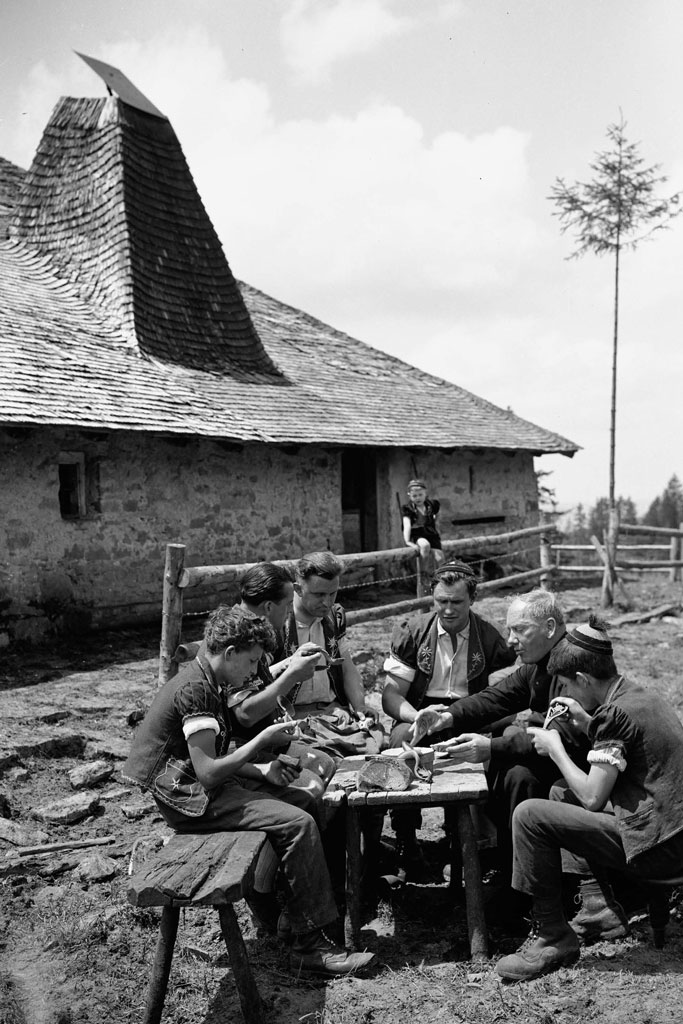 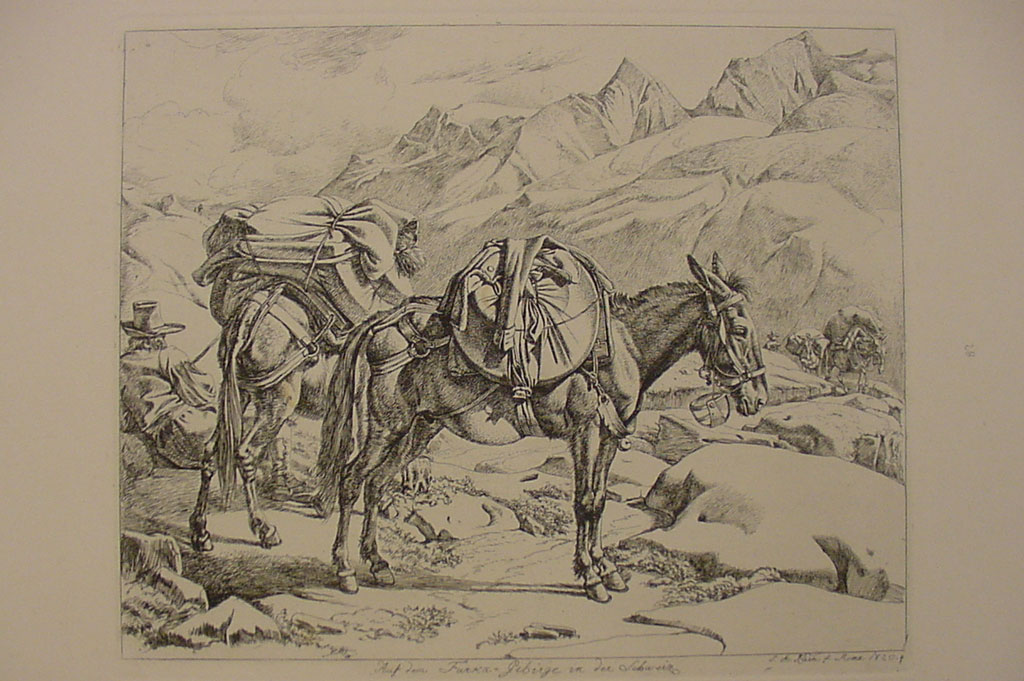 In Switzerland, summer sometimes lasts from May to October – not for tourists, but for the herds taken up to alpine pastures. This seasonal tradition has existed since the Middle Ages in La Gruyère and is accompanied by the making of cheese – mainly Gruyère d’alpage and Vacherin fribourgeois. Overseen by a chief herder, this chalet life requires an intimate knowledge of the mountains and herds.

As it spread throughout the alpine foothills and the Jura and Savoy regions, the practice gave rise to various arts and crafts, from song – the famous "Ranz des vaches" – to the maintenance of mountain buildings (wooden tiles, fixtures and the like), not forgetting the annual customs of "inalpe" (driving cows up to mountain pastures), "désalpe" (driving them back down) and "mi-été" (electing the best-looking cow in the herd). These were given a further boost by the export success of Gruyère cheese, which entered the Académie française dictionary in 1762 – although the people of La Gruyère themselves continue to call it “cheese”, plain and simple, to this day!

Alpine cheesemaking came under considerable pressure due to the growing number of lowland producers in the 19th century, the First World War and the vagaries of agricultural policy. However, the continued production of Gruyère d’alpage AOC with wood fires in around 30 chalets keeps these traditions alive in a thriving community based on land that is still worked to create a product with a global reputation.