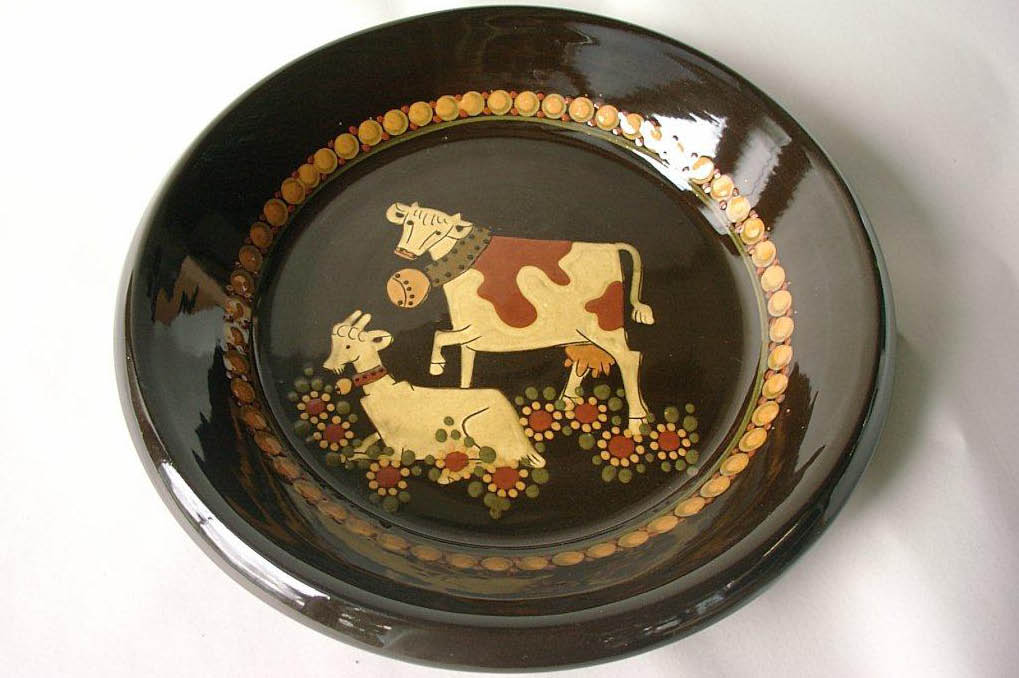 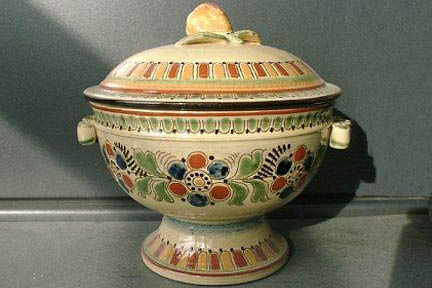 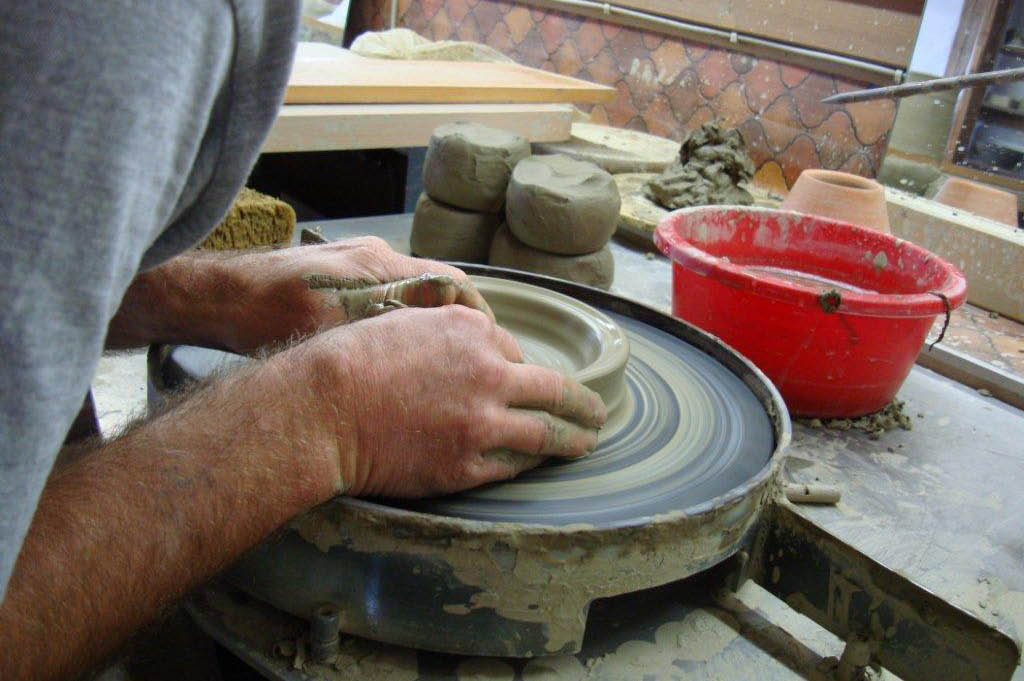 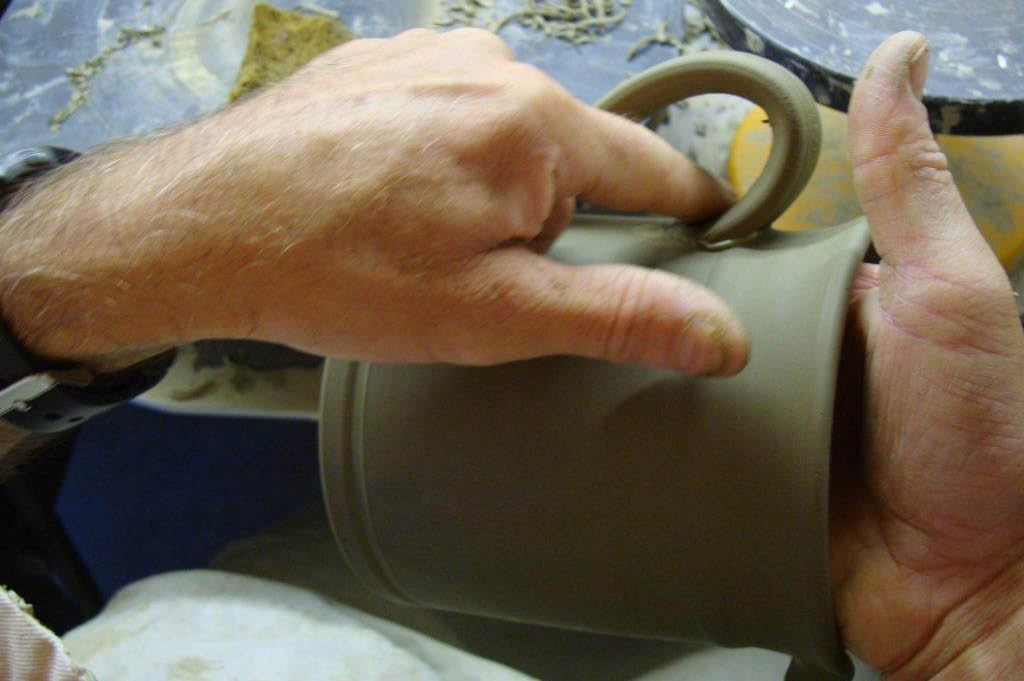 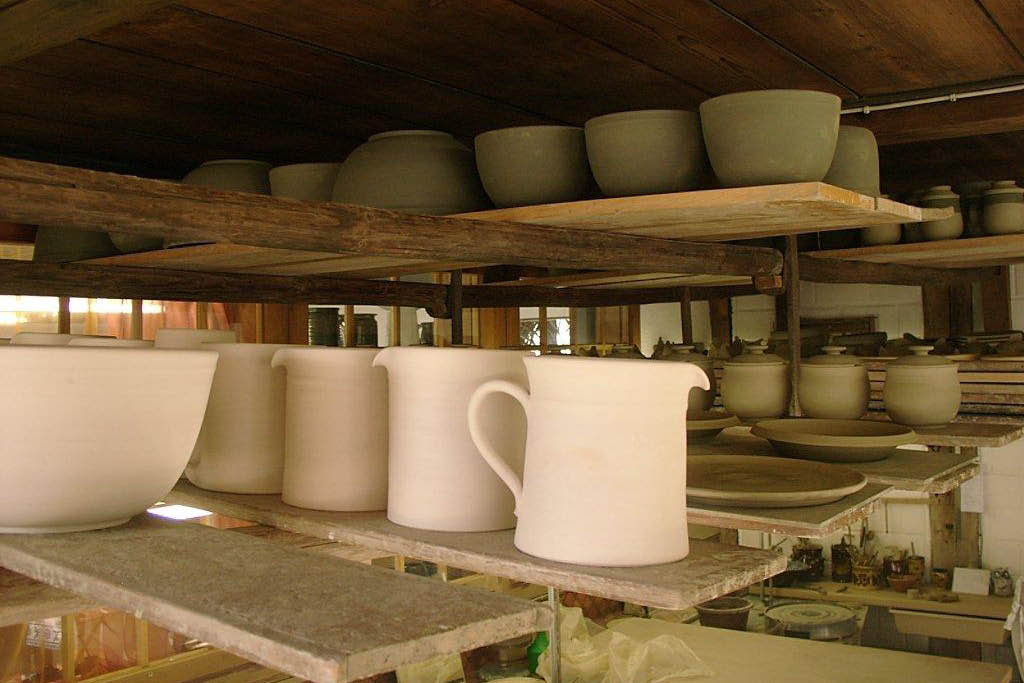 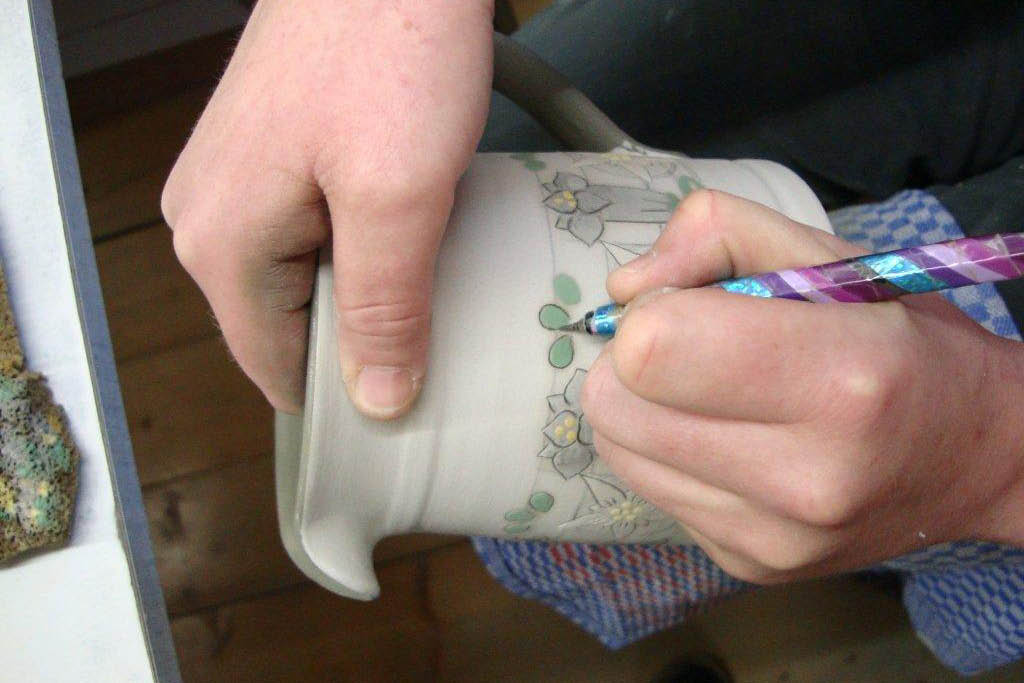 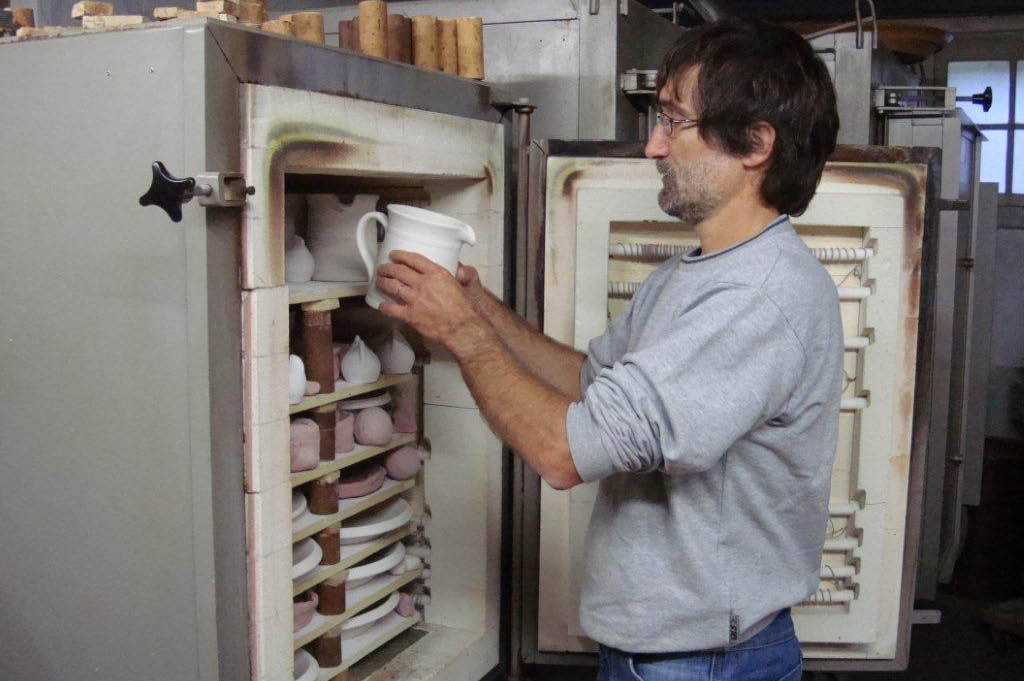 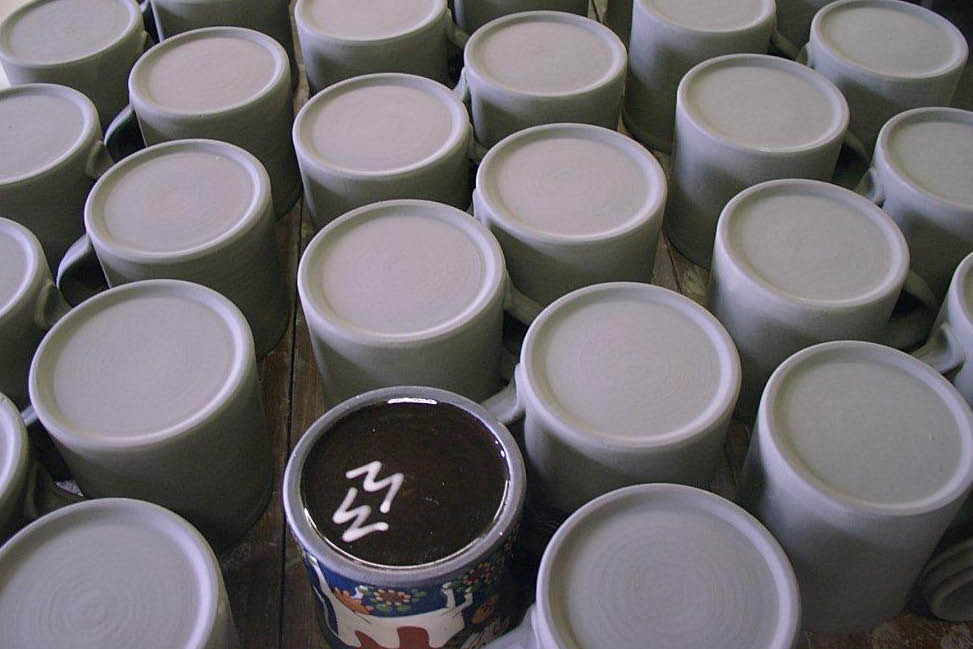 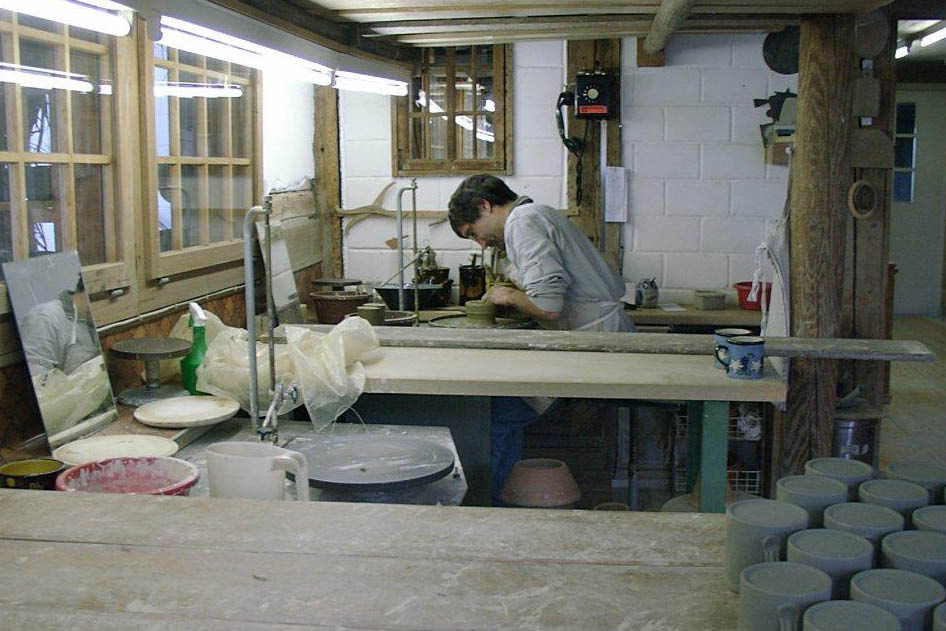 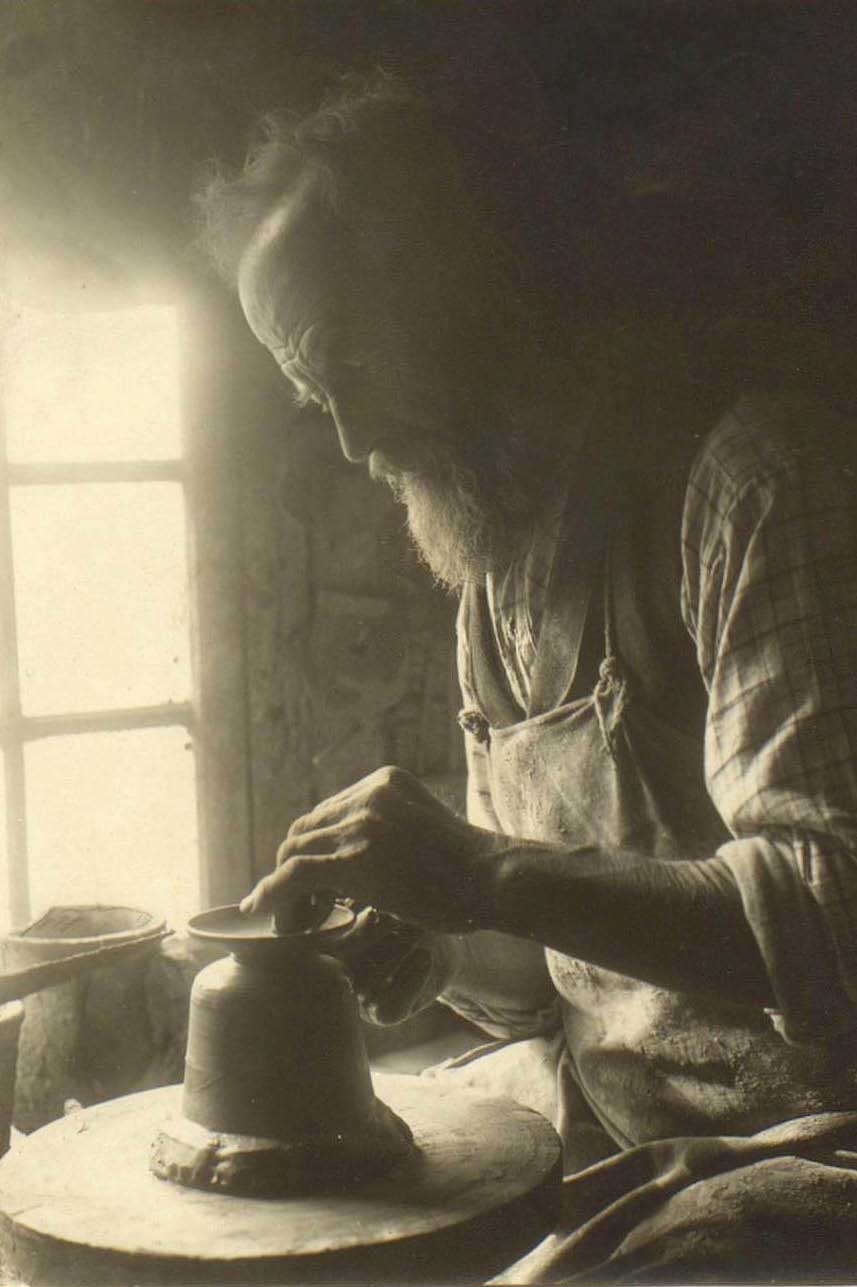 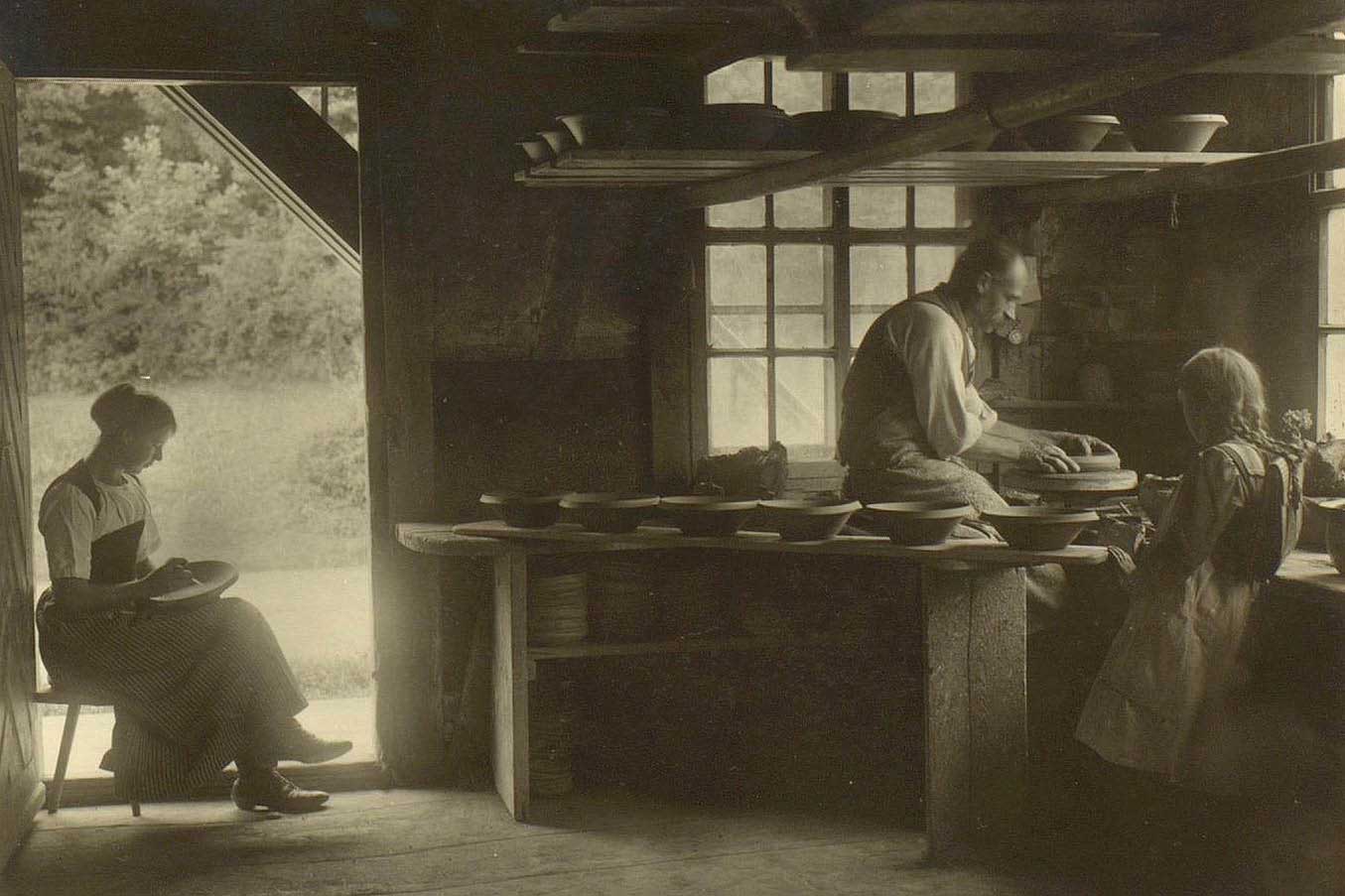 Cream dishes and salad bowls being made at a Heimberg pottery, 1917 © Hermann Stauder/Fotostiftung Schweiz 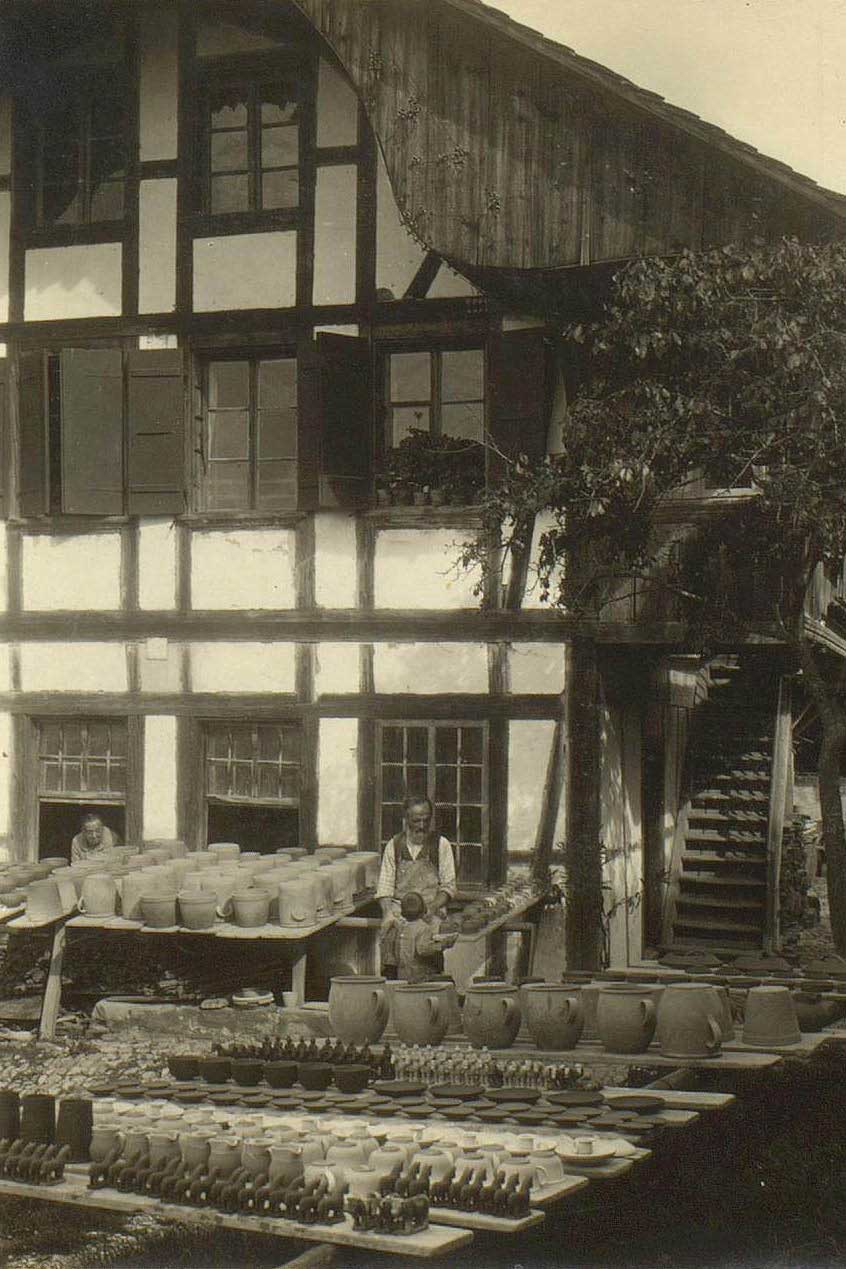 Heimberg, 1917: New wares set out to dry outside after being shaped © Hermann Stauder/Fotostiftung Schweiz 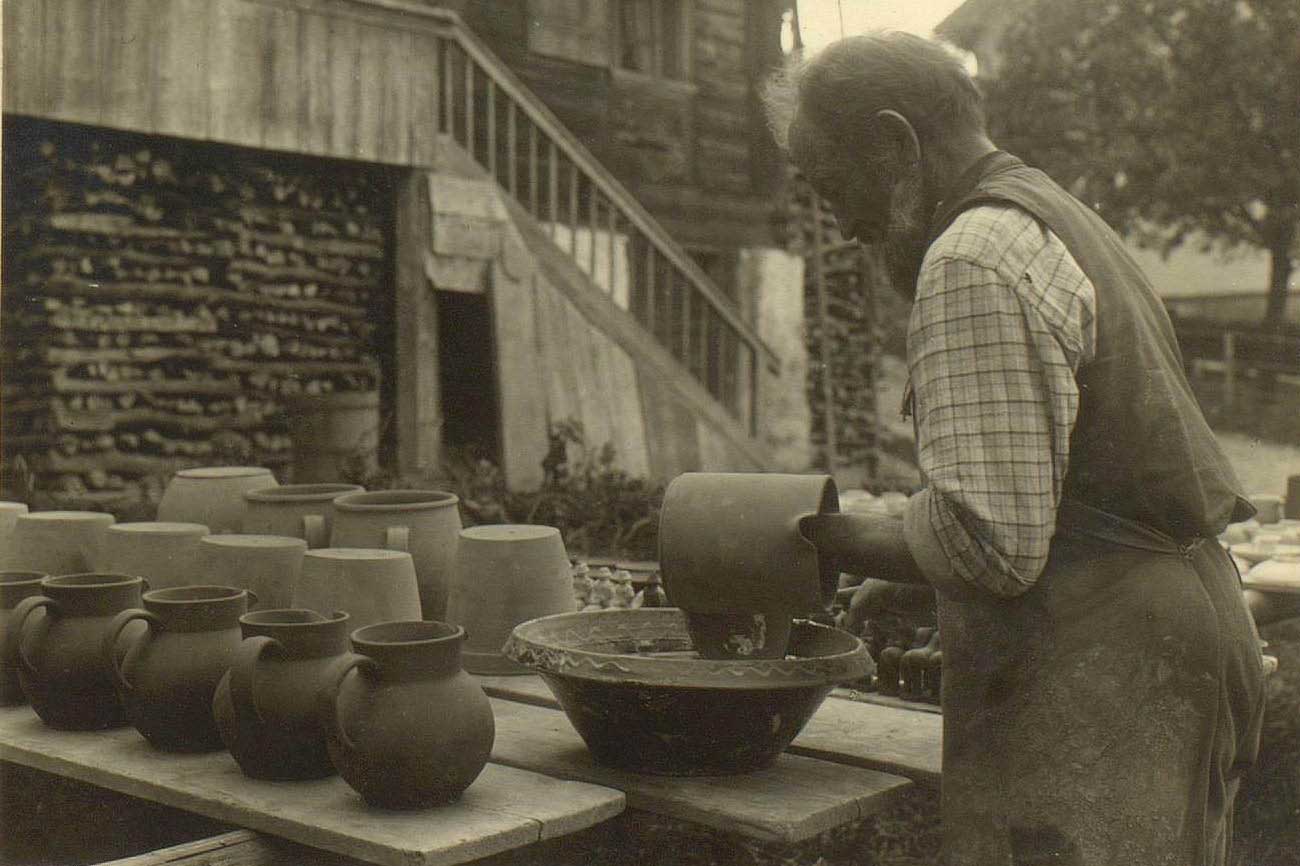 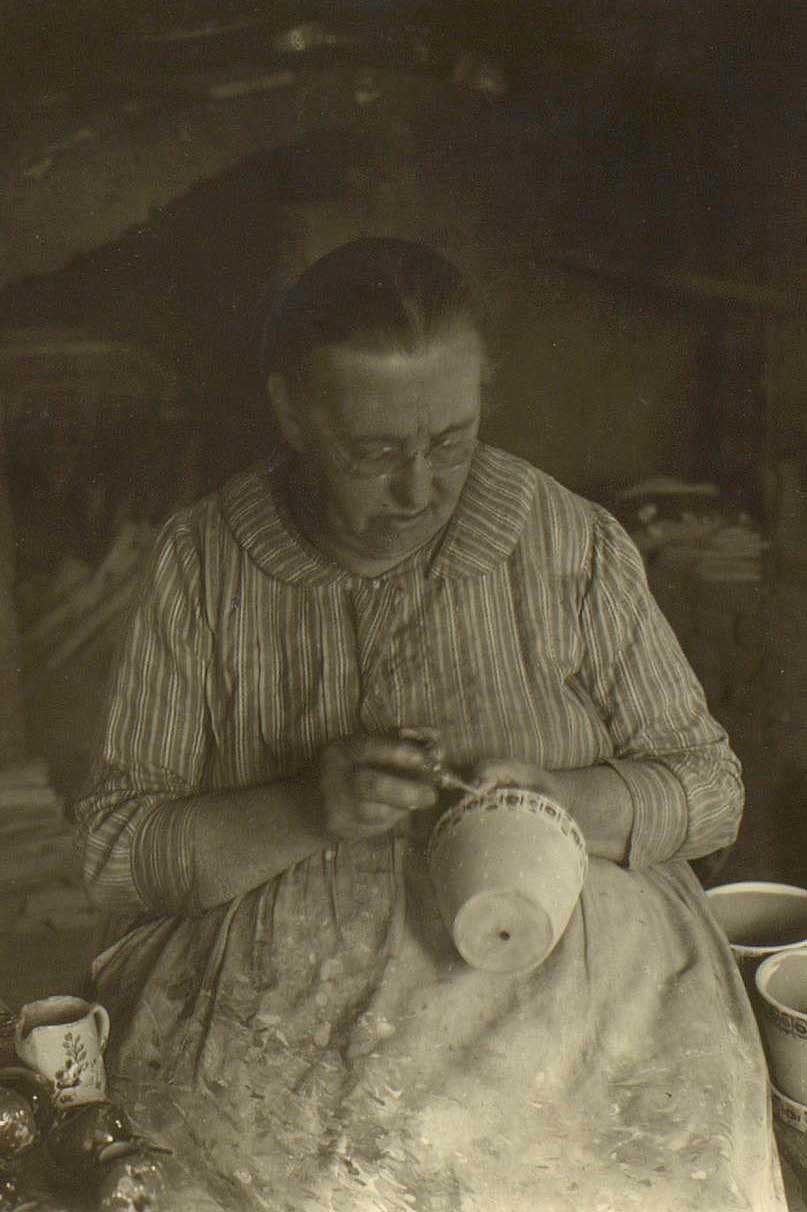 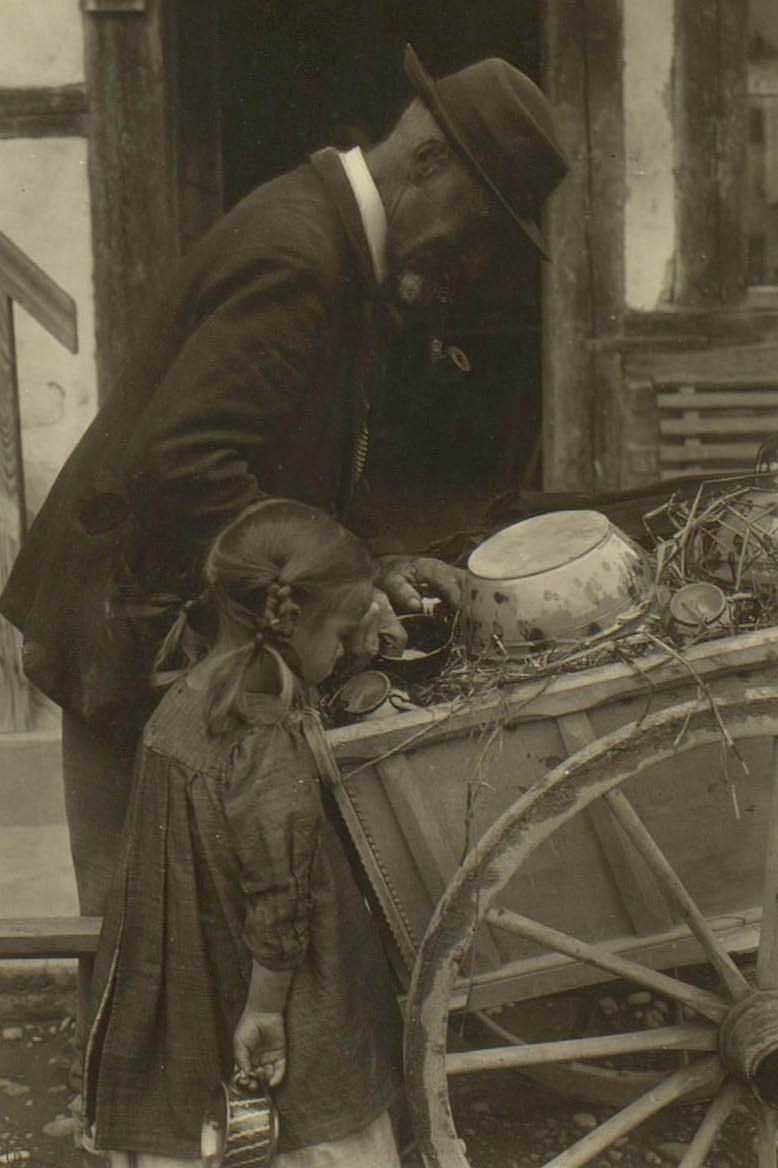 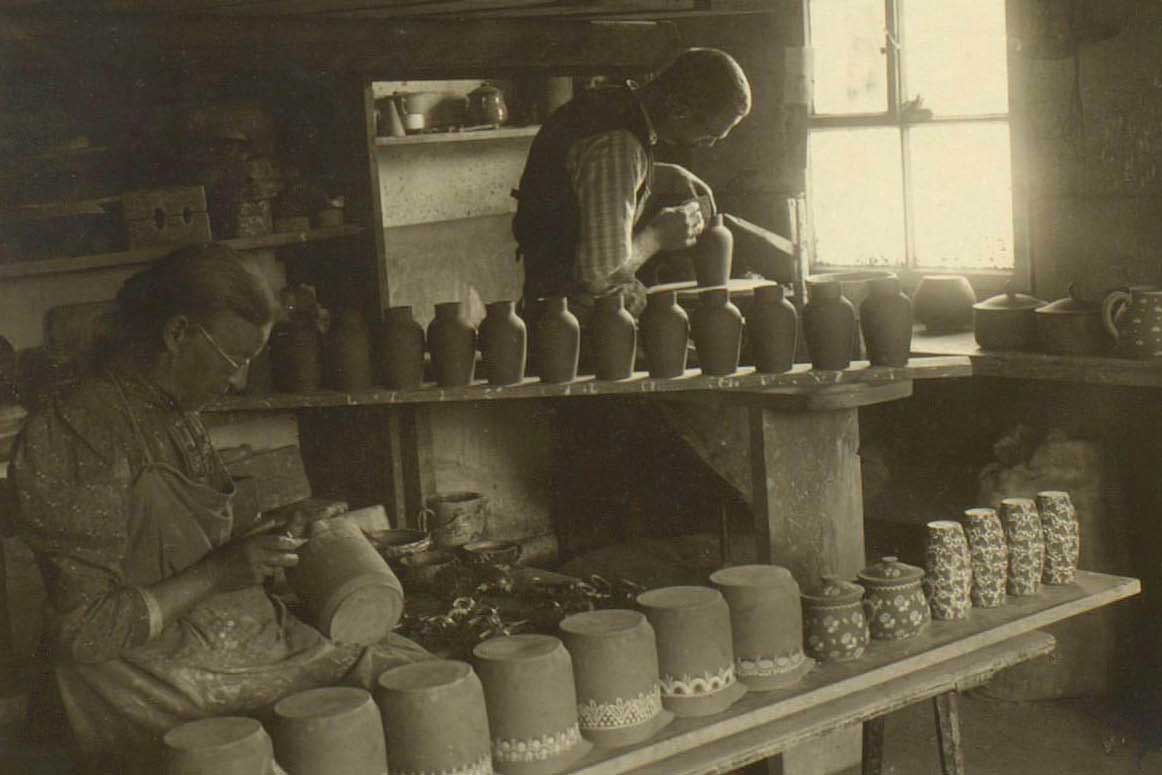 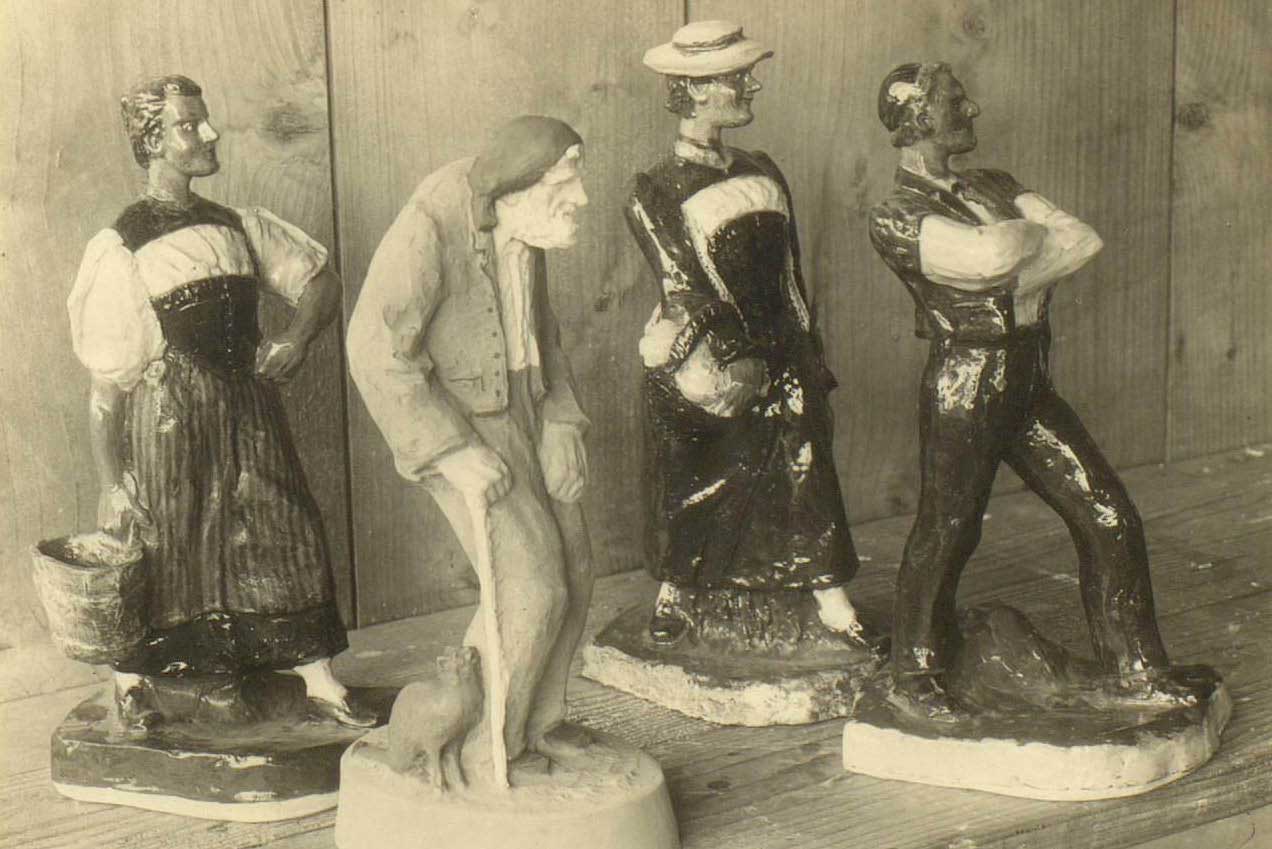 The region of Thun-Heimberg-Langnau is well known throughout Europe for hand-made ceramics featuring rich slip decoration. The producers, mostly family businesses, use traditional techniques to create both small batches and unique pieces. For a long time, pottery was practiced on small farms to produce goods for own use, and this led to the term "Bauernkeramik", meaning farmer or peasant-style ceramics. In the early eighteenth century five pottery centres established themselves in the canton of Bern, each with its own trademark features: in Langnau, Heimberg and Albligen, ceramic goods were slip decorated while in Simmental and Bäriswil they were made from white-glazed pottery. Demand for peasant-style ceramics soared with tourism in the nineteenth century. In the trade's heyday around the turn of the twentieth century, many manufacturers presented decorative ceramics, exhibition pieces and Thun Majolica at fairs in Paris and London. However, in spite of training programmes run to recruit new talent, today the craft is at risk of become a dying art. A new consumer society and cheap imports by wholesalers have made economic conditions tough for the potters. The situation has been exacerbated by the Confederation's decision to amalgamate the professions "potter" and "ceramics painter" into "ceramist".

Straw weaving in the Freiamt