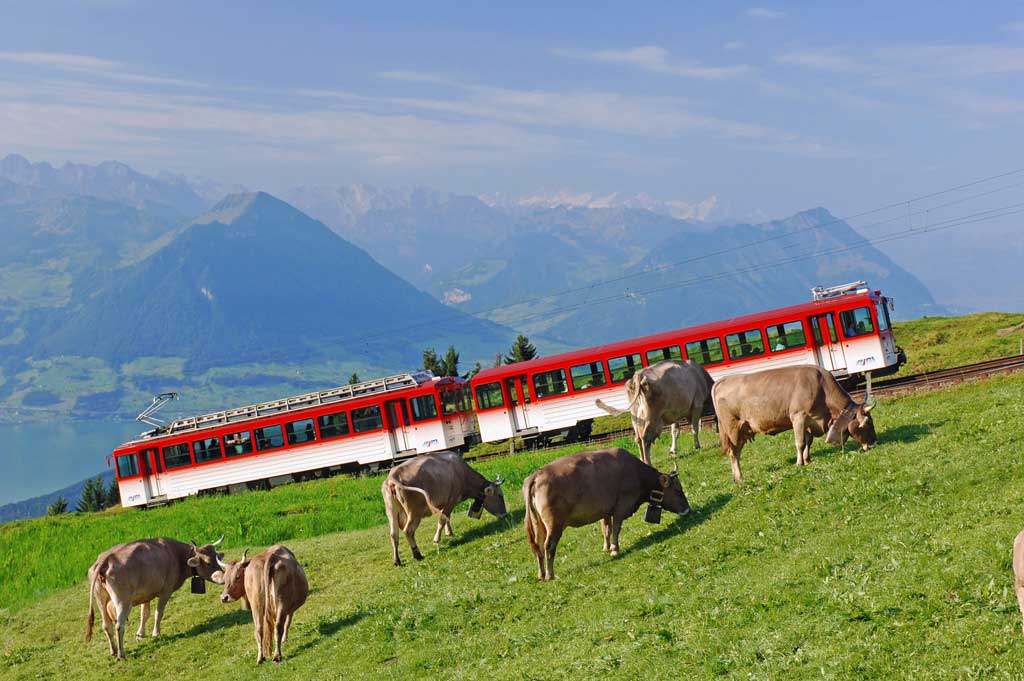 Rigi, 2008: a multiple-unit train against the backdrop of Lake Lucerne and the mountains of Nidwalden. © Christian Perret, Emmetten/Rigi Bahnen, Vitznau 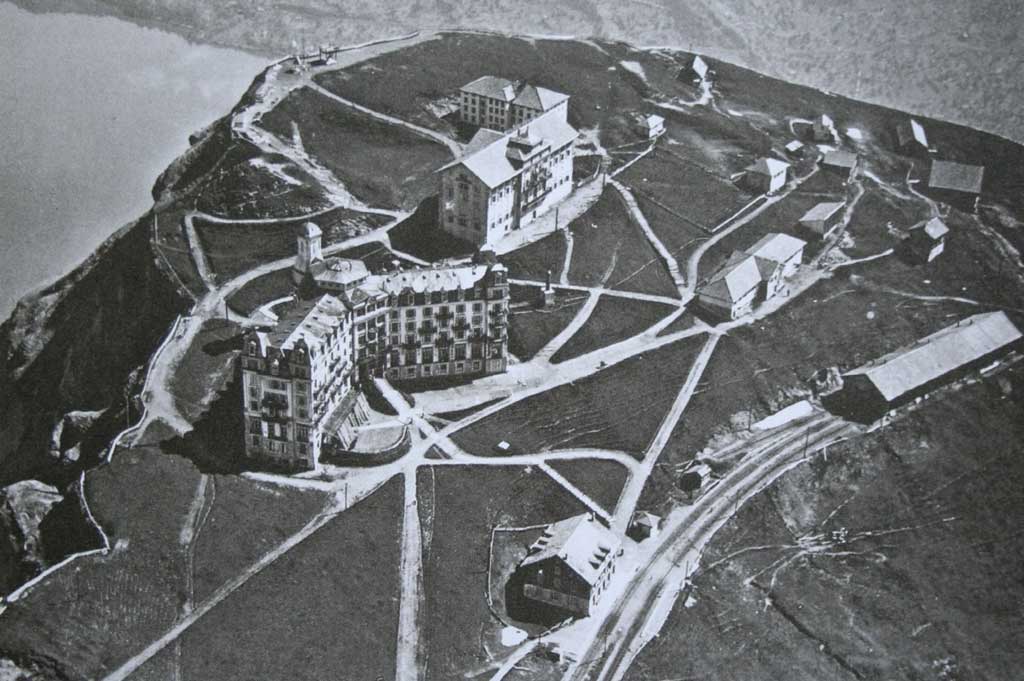 Rigi Kulm around 1919: the prototype of a panoramic mountain with hotel and railway infrastructure. © Walter Mittelholzer/Rigi Bahnen, Vitznau 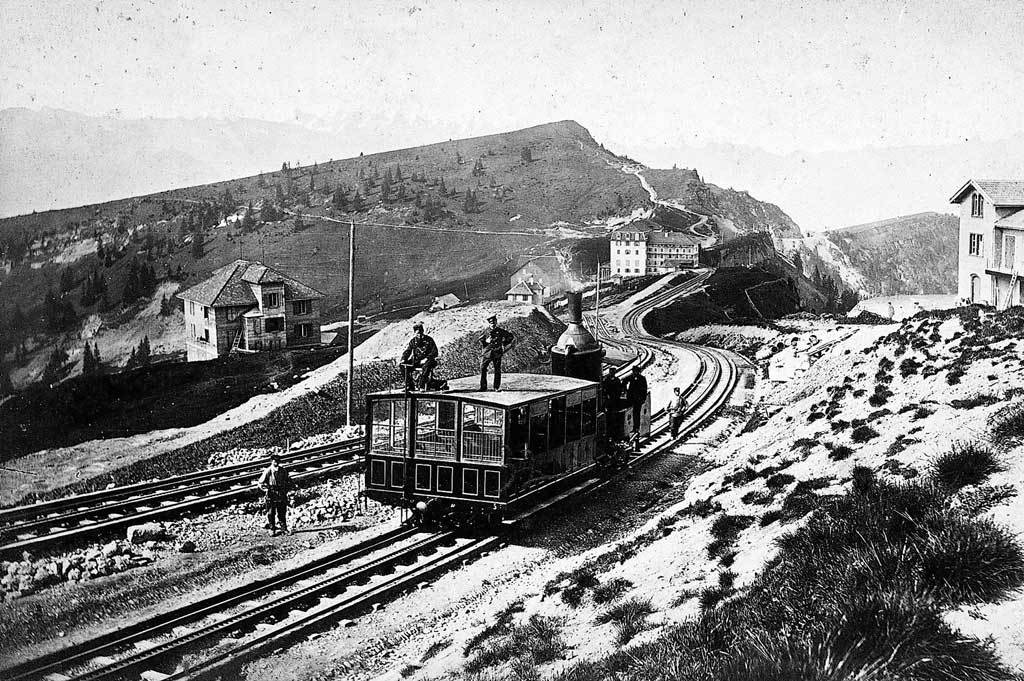 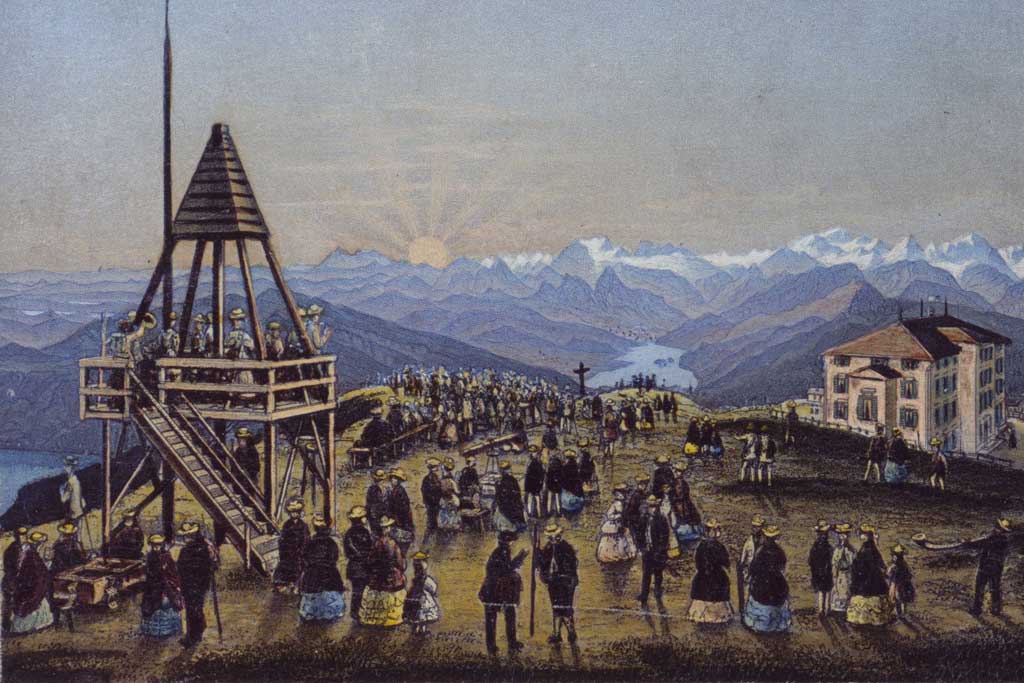 Rigi Kulm around 1875: tourists watching the legendary sunrise and enjoying the view of the alps. © Zentral- und Hochschulbibliothek Luzern, Sondersammlung 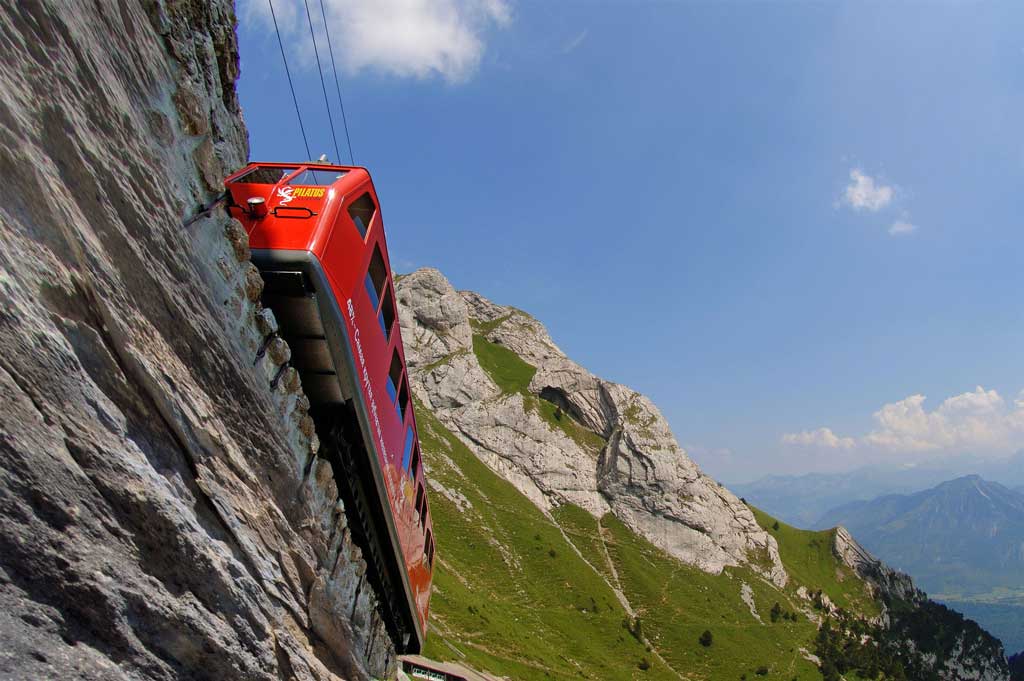 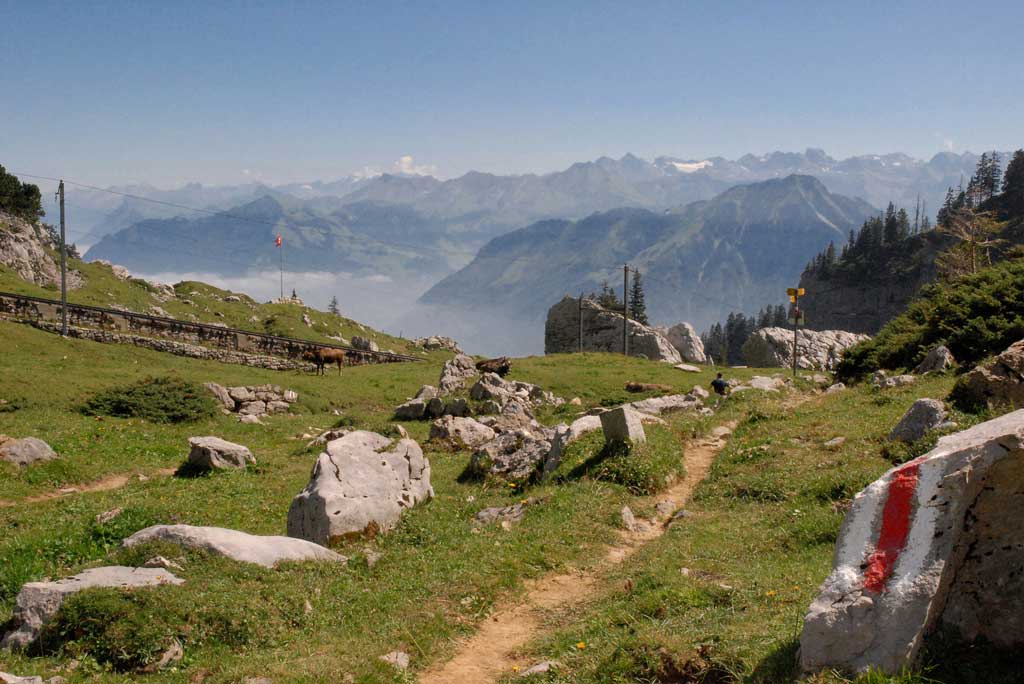 Pilatus, 2008: hiking with a panorama of the mountains. © Vierwaldstättersee Tourismus, Stans 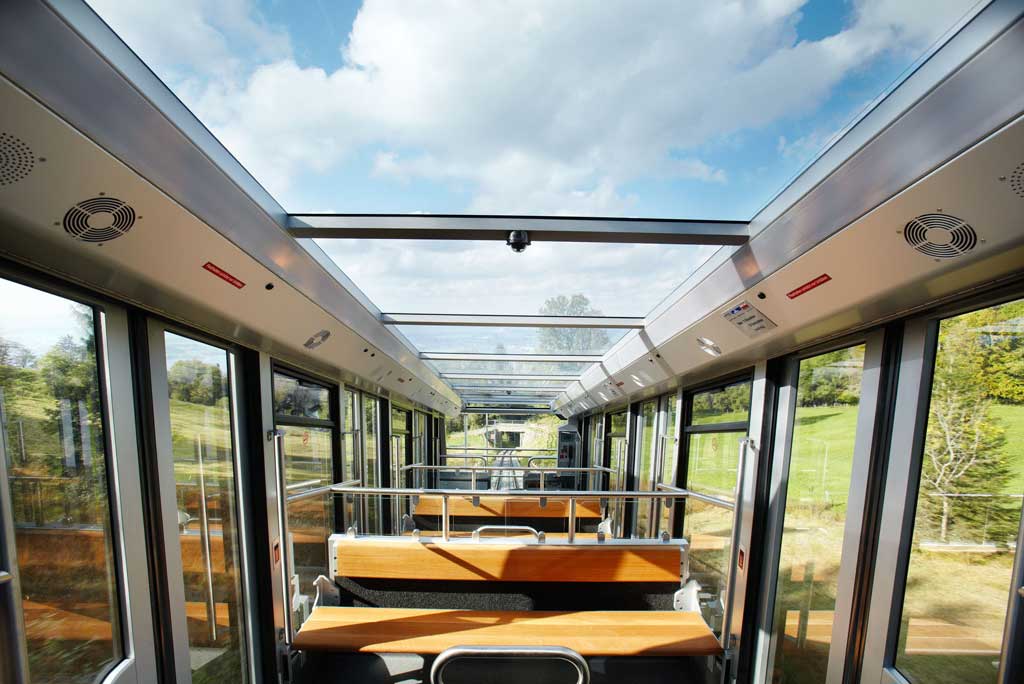 Panorama as a design concept: the view from the glass-topped carriage of the Zugerberg railway, 2009. © Sylvan Müller, Luzern/Zugerbergbahn AG, Zug 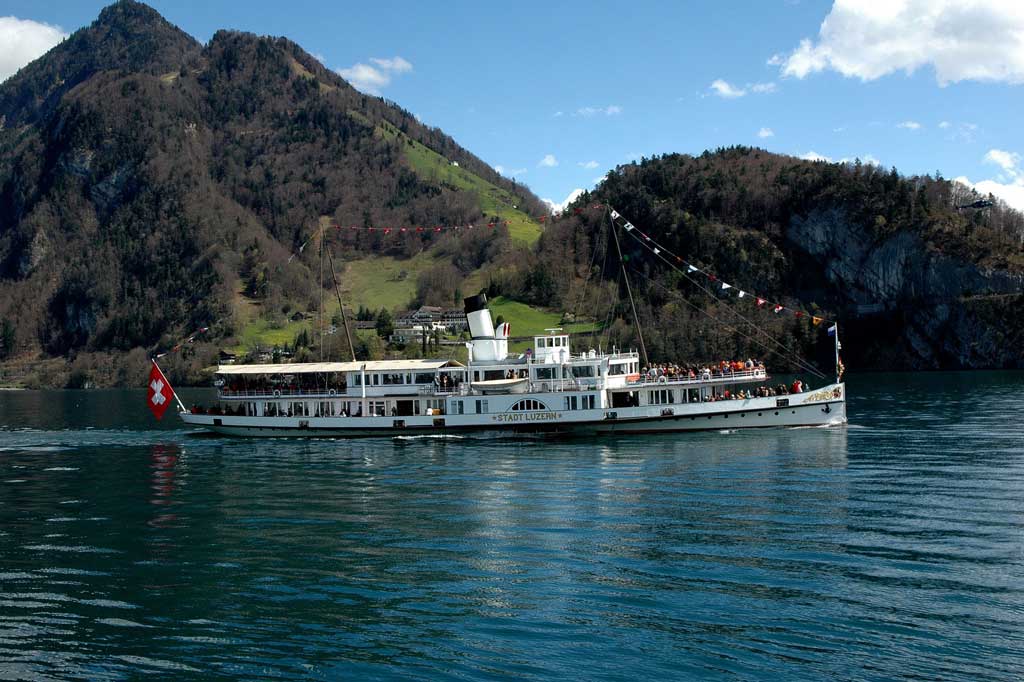 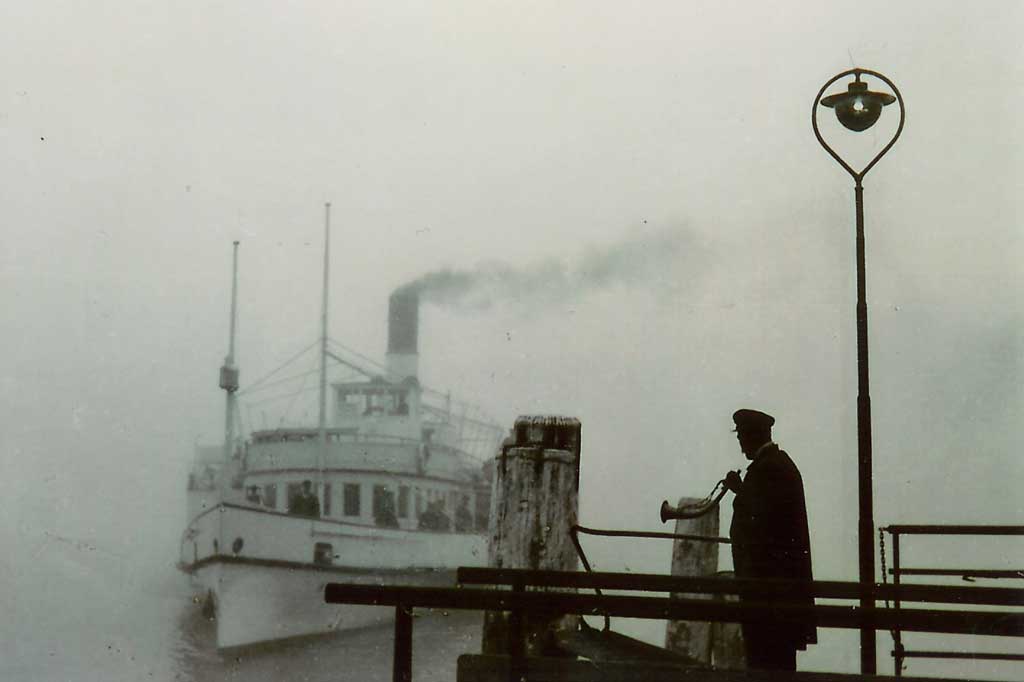 Station attendant on the landing bridge with a foghorn, around 1920. © Schifffahrtsgesellschaft des Vierwaldstättersees 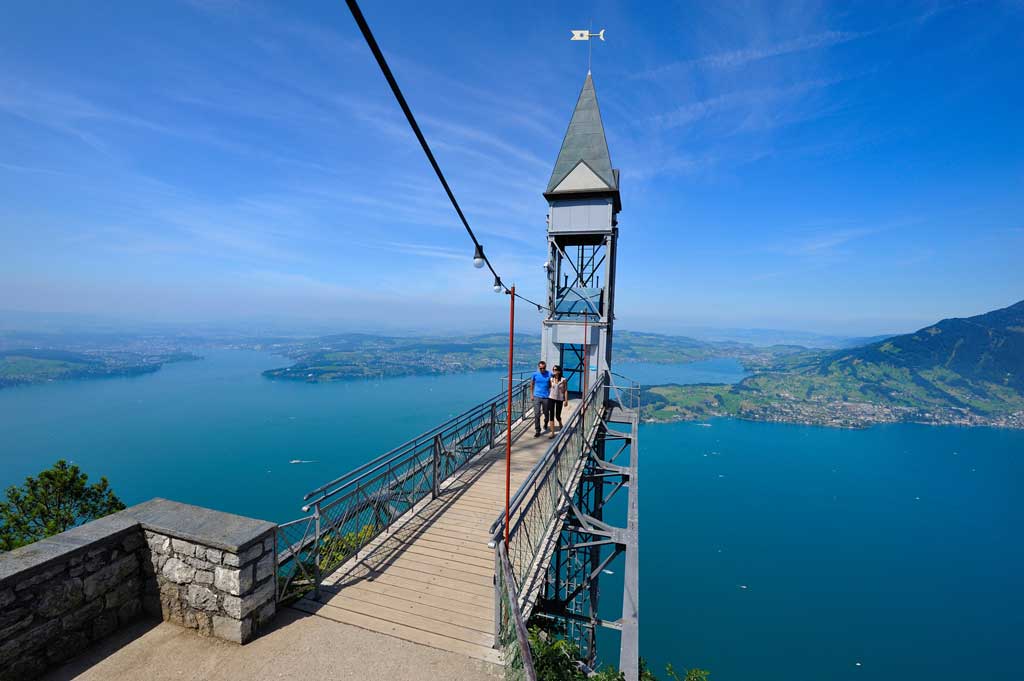 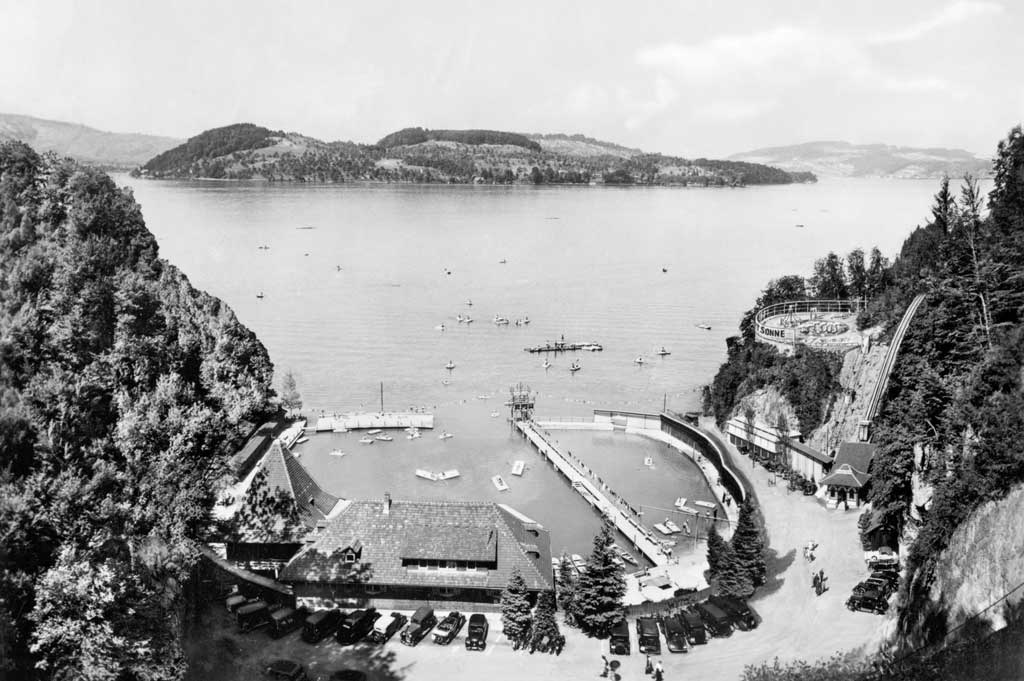 Harissenbucht near Stansstad, around 1940: the swimming baths of Hotel Fürigen, which were opened in 1927. © Staatsarchiv Nidwalden, Stans 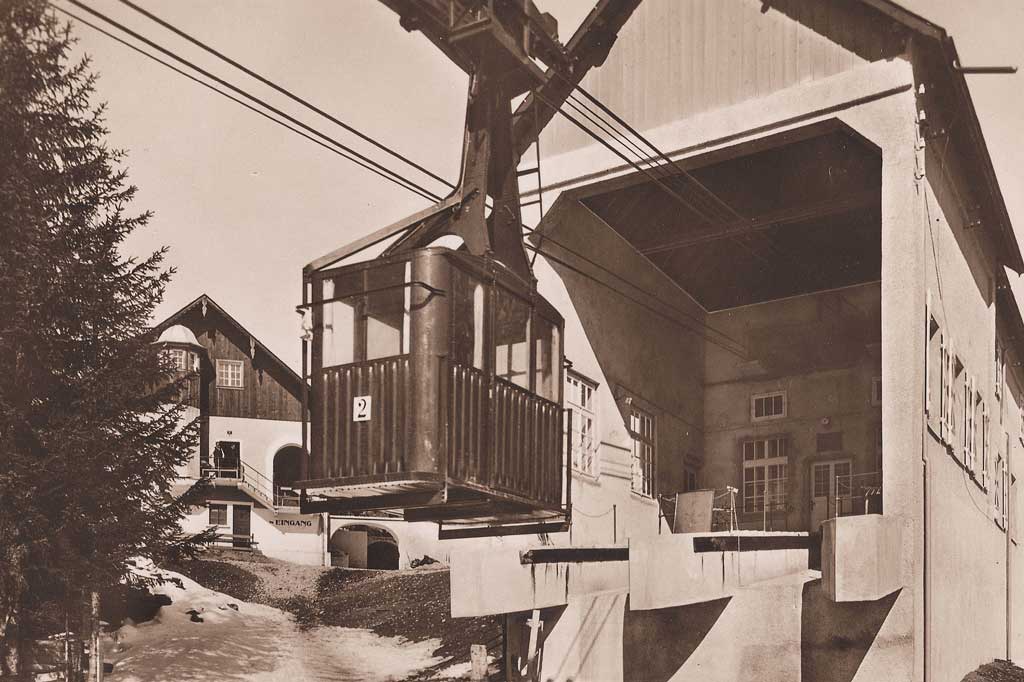 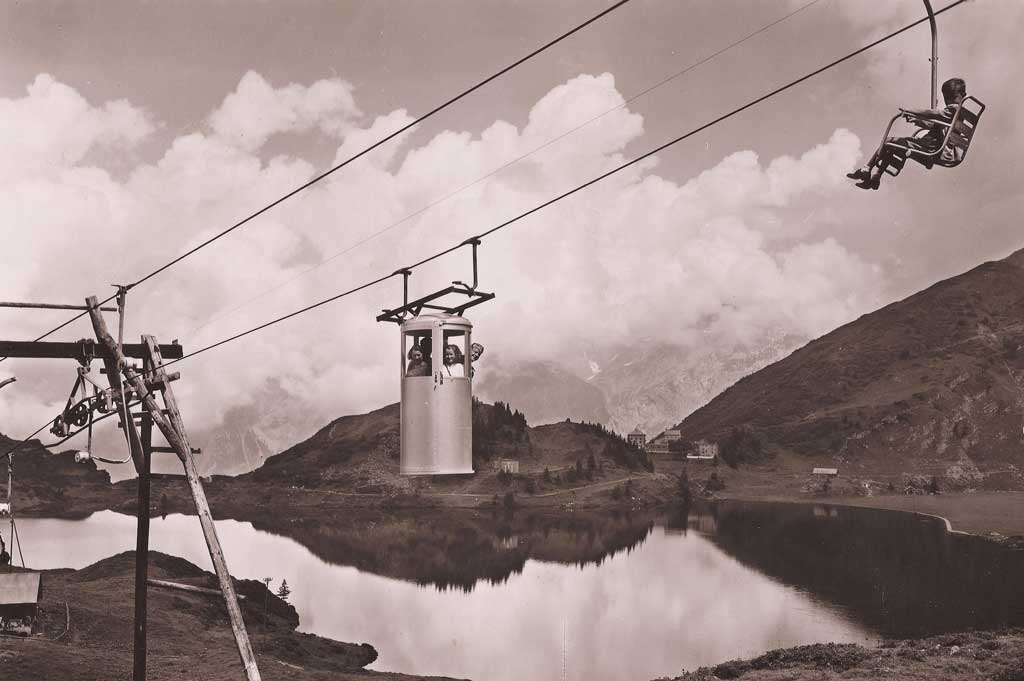 The end of the 18th century saw the emergence of a specific way of relating to nature that has become an integral component of modern life: the use of the countryside for travel and leisure purposes within the context of tourism. The area around Lake Lucerne was a key site of this development from the very beginning. On the one hand, the most popular destinations for the first tourists were – in addition to the Lake Geneva and Bernese Alps regions – Lucerne, Rigi and the Gotthard pass. On the other, early tourist activity led to unparalleled technical development of the countryside in relatively confined areas. The period between 1870 and 1950 saw a succession of pioneering projects which made basic tourist experiences, such as excursions, vistas, panoramas and changes of landscape, available to a mass audience. The development of transport connections was accompanied by the construction of a hotel and leisure industry infrastructure. Since the second half of the 20th century, the focus has shifted from pioneering new concepts to refining and expanding existing infrastructures and experiences. The development of the countryside and nature for tourist purposes is a non-specific cultural practice that has been firmly established in the region for over two hundred years and has a defining influence on its economy and the everyday lives and mentalities of its people.

The vintage “Unterwalden” steam boat back in the swing of things (Schweiz aktuell, 6 May 2011) - SF