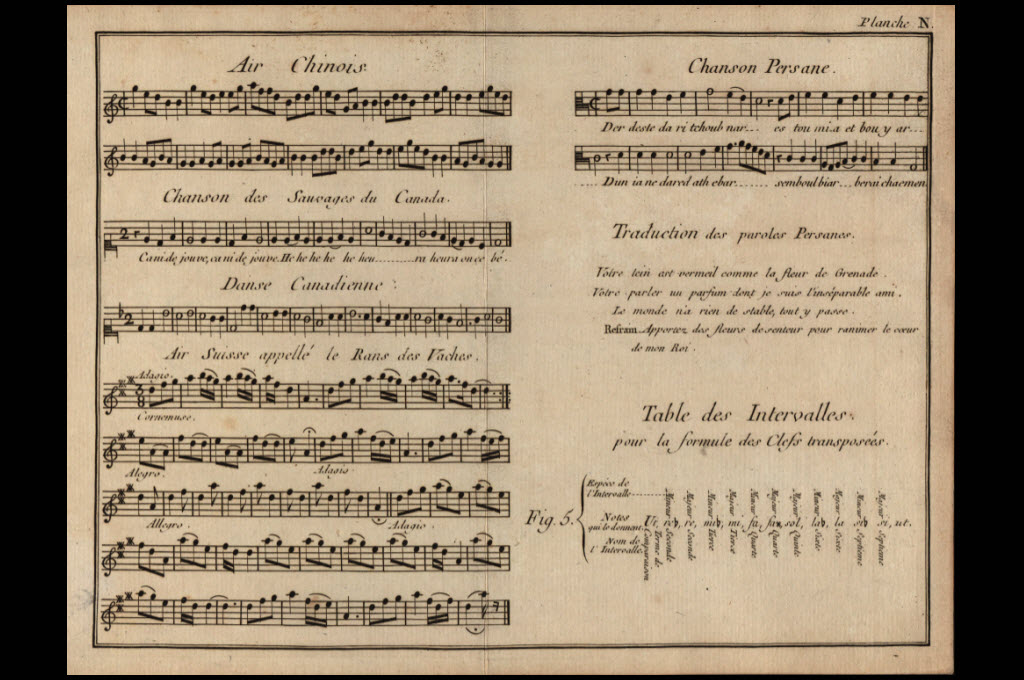 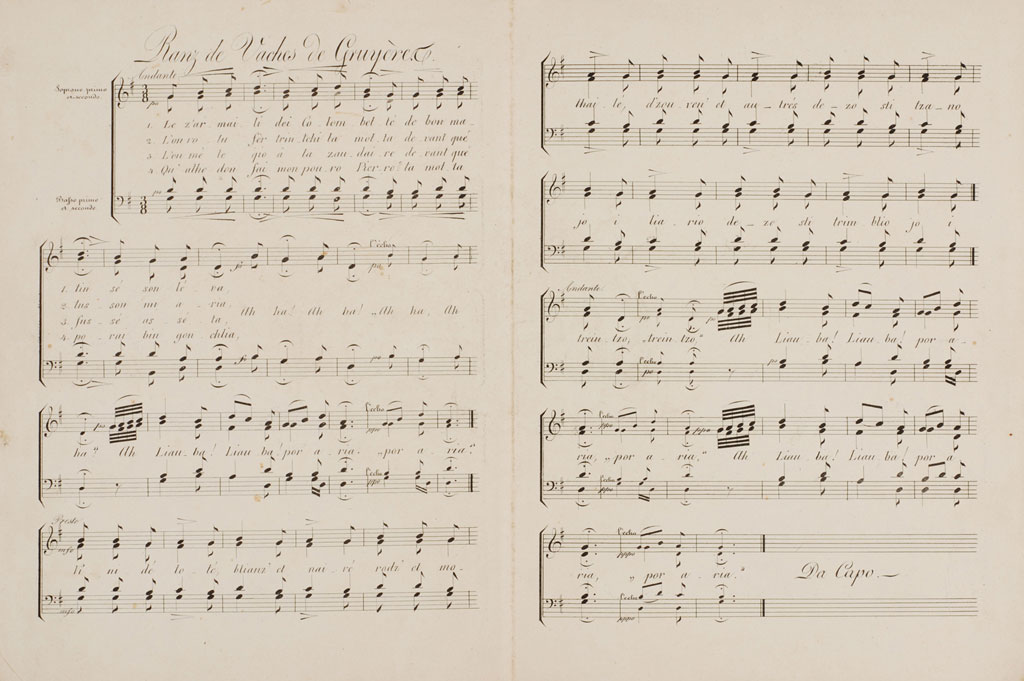 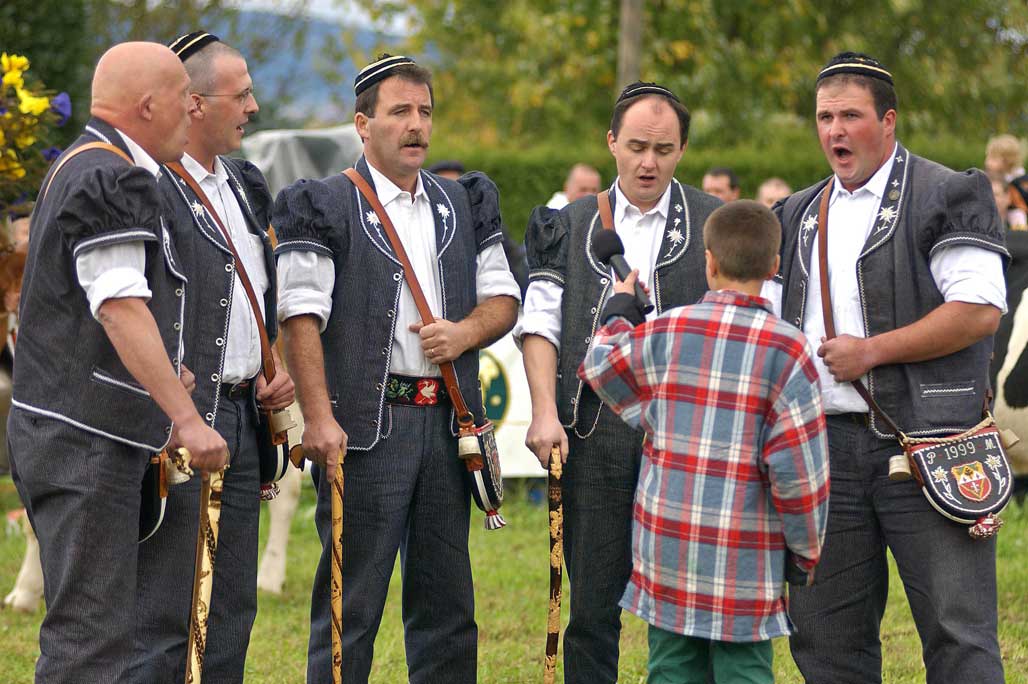 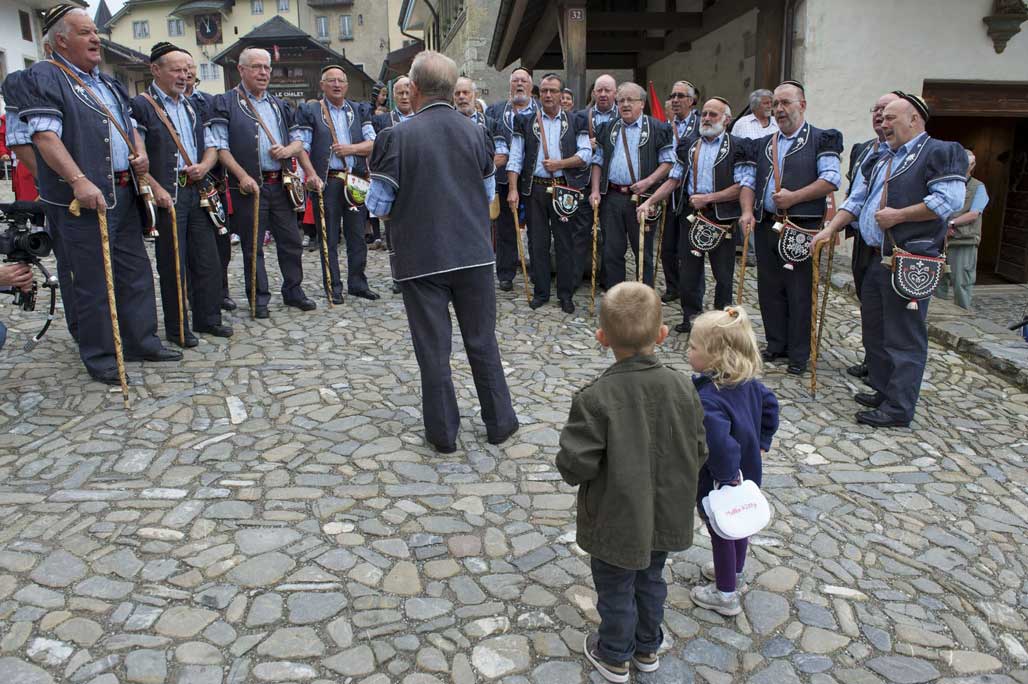 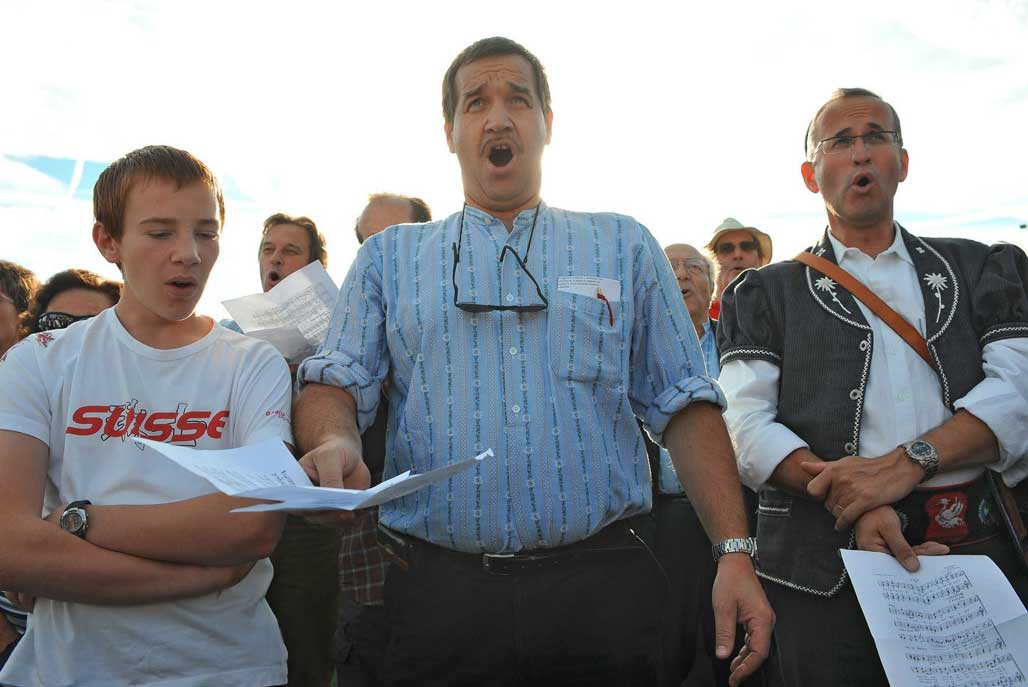 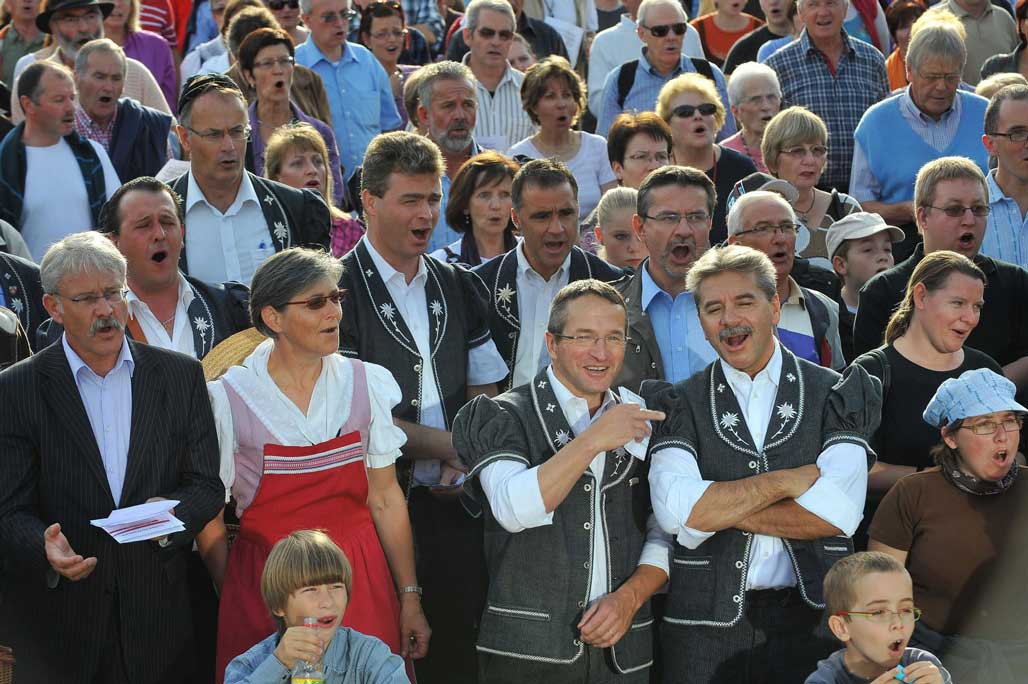 “Lyôba, lyô-ô-ba…”. Chanted at the right moment, these few syllables will have all the “true Swiss” in the room joining in as one. Whether in a café or at a festival, they are all that is needed to start glasses and spoons chinking along to the refrain of “lè chenayirè van lè premirè”, a reminder that the cows with bells around their necks of course lead the herd on their way. "Le ranz des vaches" is the most popular of all Swiss folk songs, even at its most raucous. A cowherds’ song attested as early as the 16th century, its original purpose was probably to call the herd in for milking, back to the cowshed or out to pasture in many rural areas. It has found its way into popular events, including the "Fête des Vignerons" in Vevey from 1819, where it quickly became established as the centrepiece of the winegrowers’ festival. The ardent patriotism it brings forth makes it a vital part of Switzerland’s heritage, having been co-opted from the cowherds to become a song of the people as exalted as the legends surrounding the Confederation’s founders. It has also inspired a number of composers seeking to evoke a pastoral setting, including Beethoven, Liszt and Wagner. Indeed, Jean-Jacques Rousseau attributed to it the power to make Swiss soldiers serving abroad desert as they succumbed to "delirium melancholium", such is its magical hold over the Swiss!