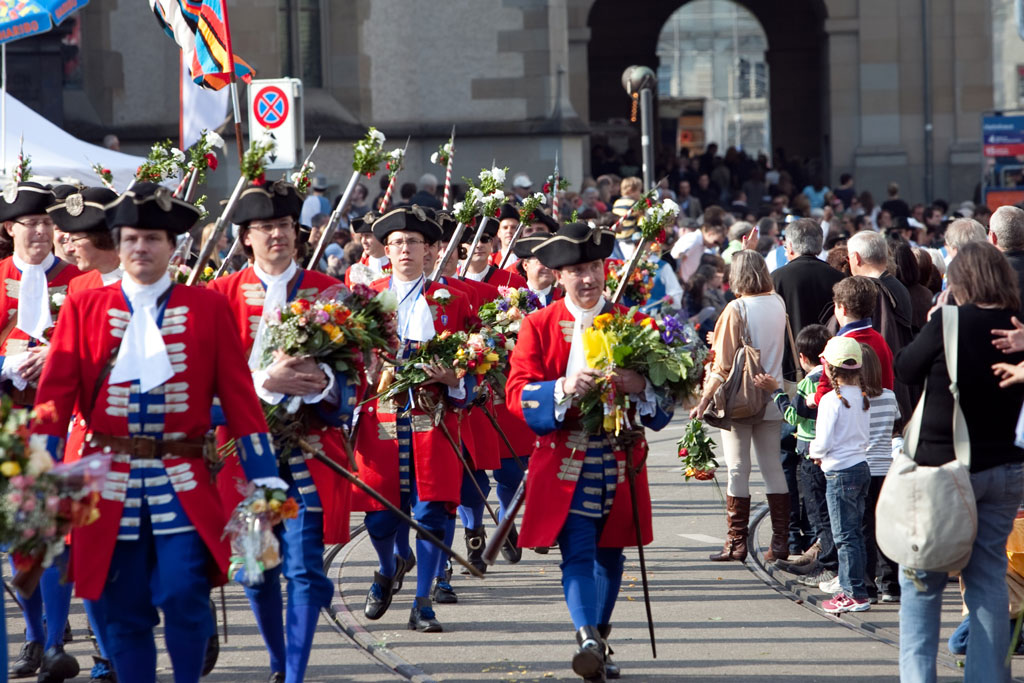 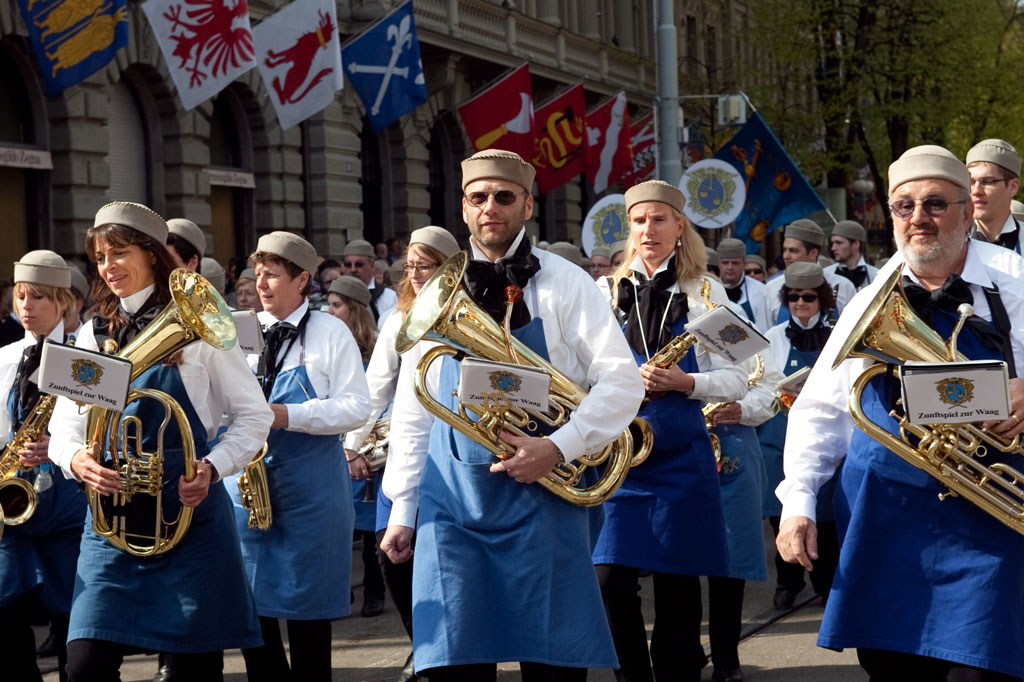 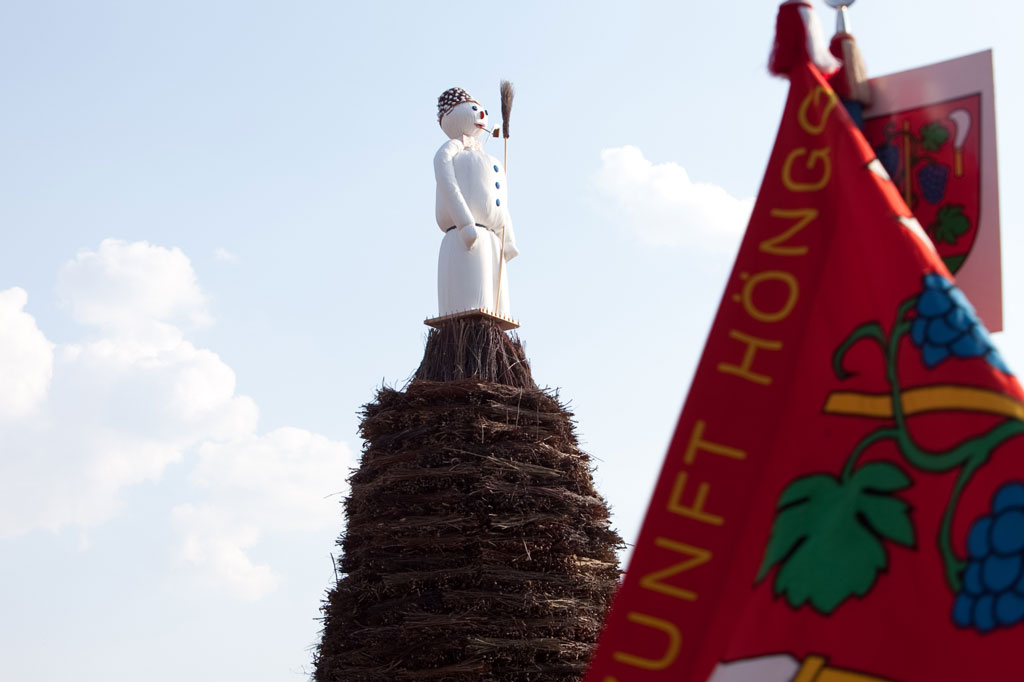 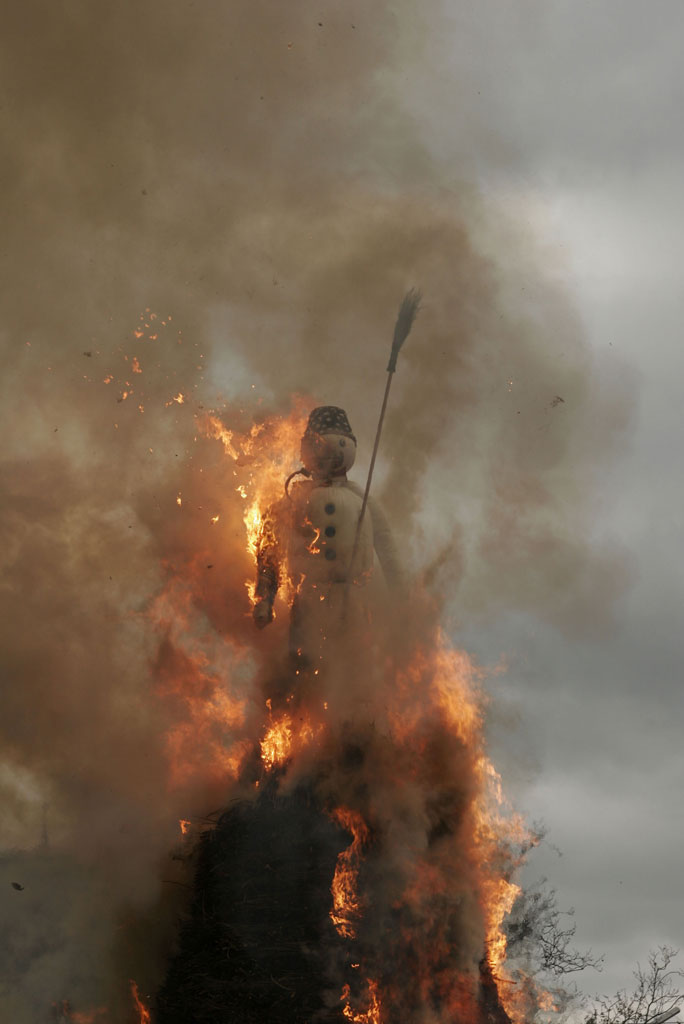 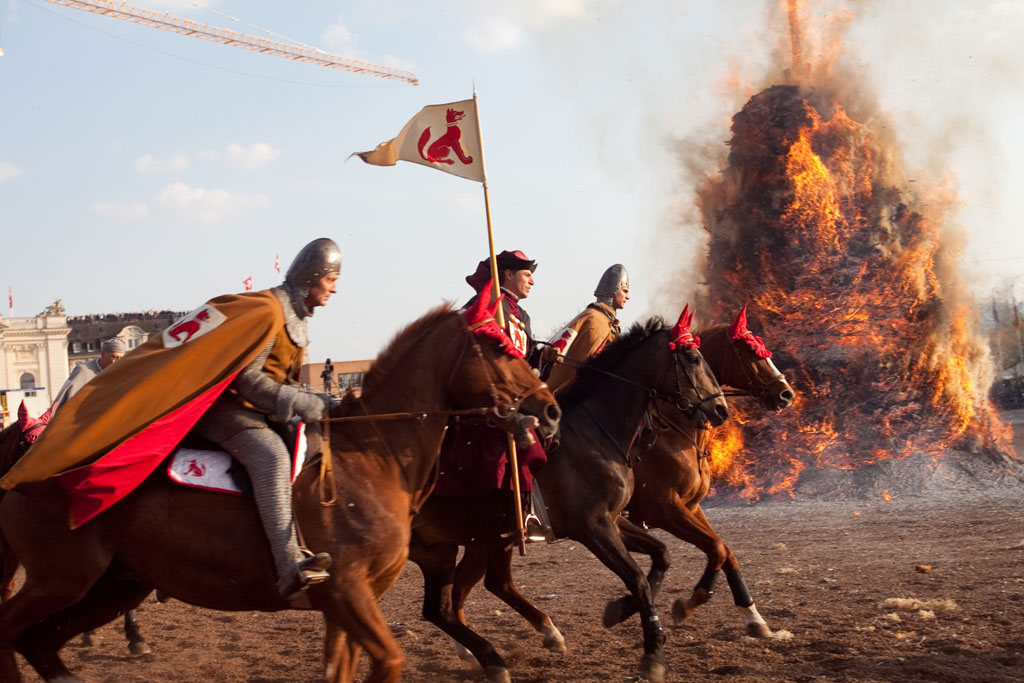 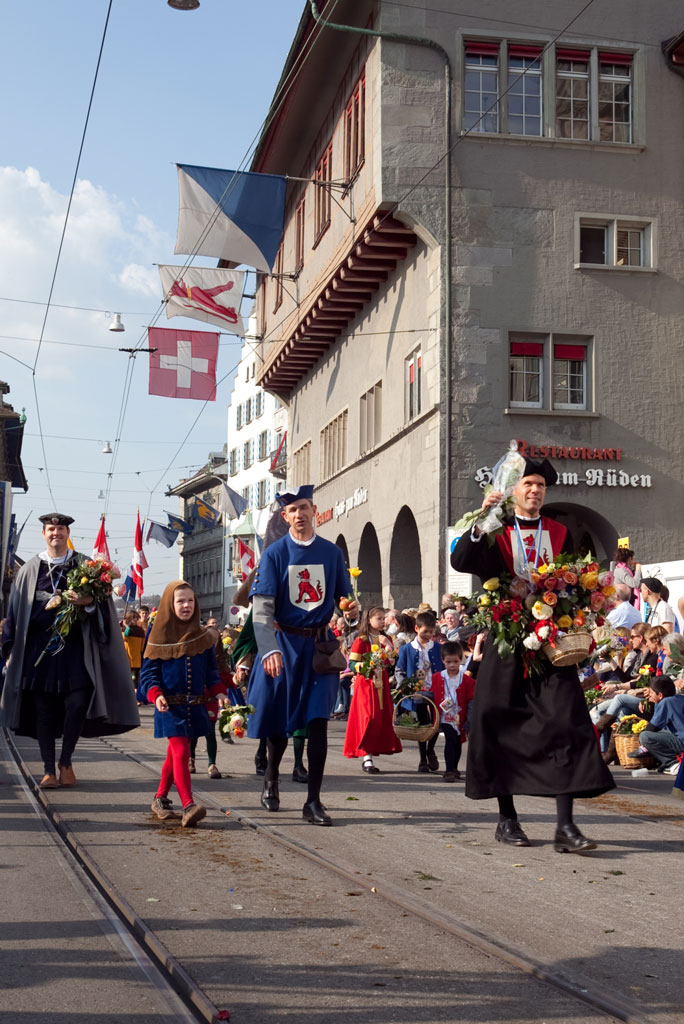 On the third Monday in April, the guilds of Zurich don their historical costumes and wear them proudly in a procession through the town. They assemble at the Sechseläuteplatz square at Bellevue where, at six o'clock, the "Böögg" is lit. Representing winter, the “Böögg” is a snowman figure made of wood and material and packed with explosives. It sits on a burning pyre encircled by galloping horses while the air is filled with the sound of the Sechseläuten march. The quicker the Böögg loses its head, the quicker the end of winter will come. Later in the evening the members of the guilds and their guests enjoy a meal in the guild houses before visiting neighbouring guilds.

Sechseläuten is closely related to the guilds, which were established in the 14th century. In the 19th century the guilds lost their political power, but they continued as private associations. An early procession, albeit with a carnival feel, took place in 1837. The children's procession, which now takes place on the Sunday before Sechseläuten, first took place in 1862. The Central Committee of Zurich Guilds has organised Sechseläuten and the burning of the Böögg since 1893, and today the event attracts tens of thousands of spectators. In recent years, the embers of the pyre have been used for unofficial barbecues.