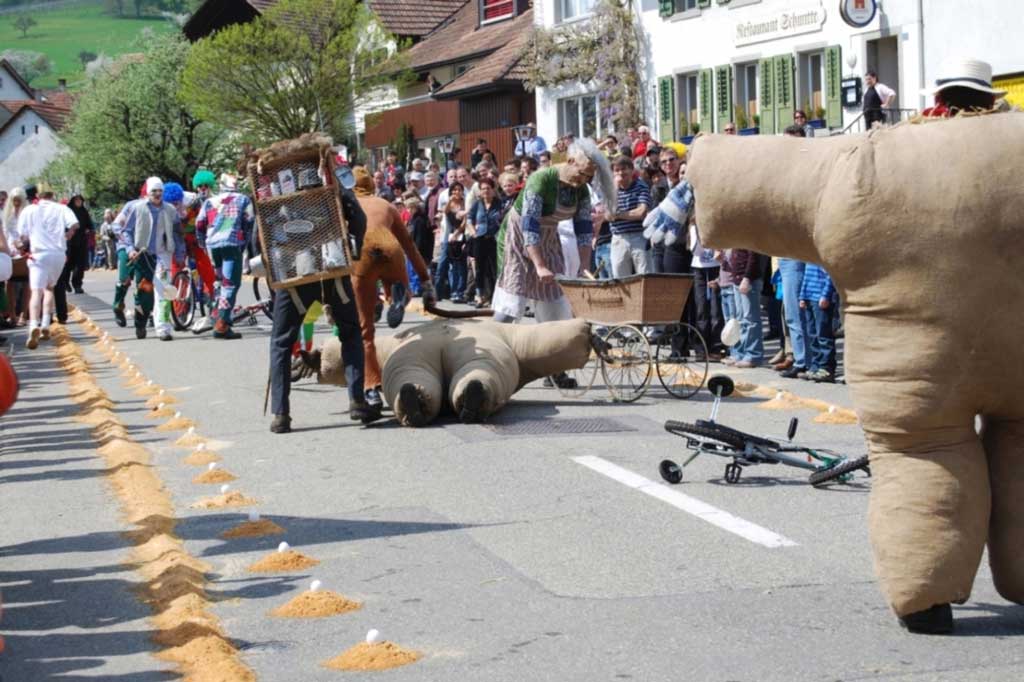 Auenstein, AG: Rough and tumble between spring and winter during the egg race © Eieraufleser Auenstein, 2009 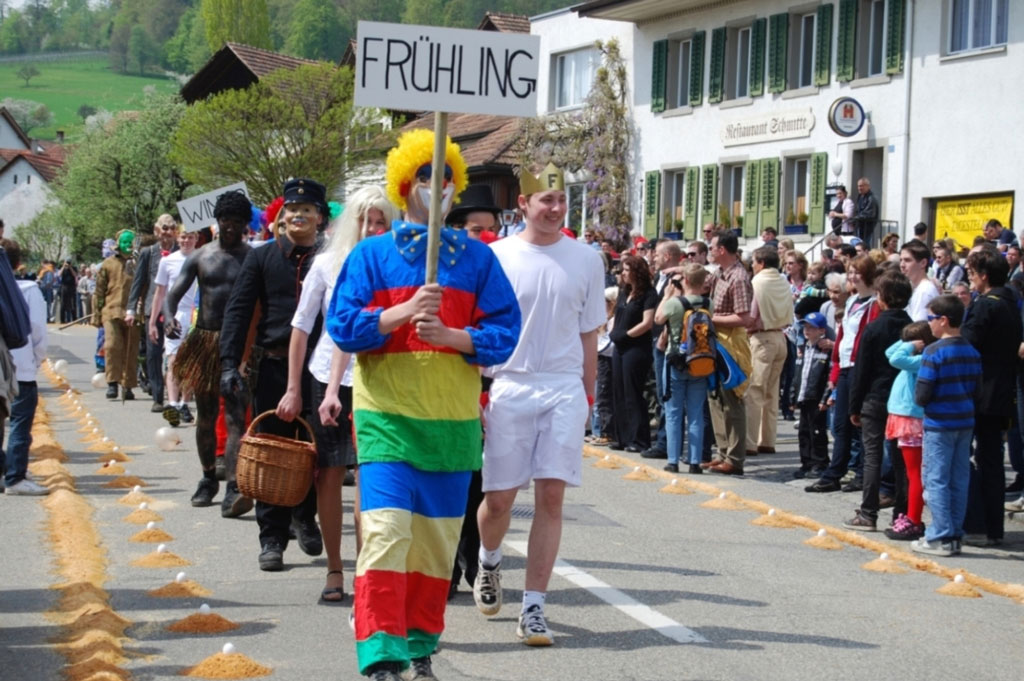 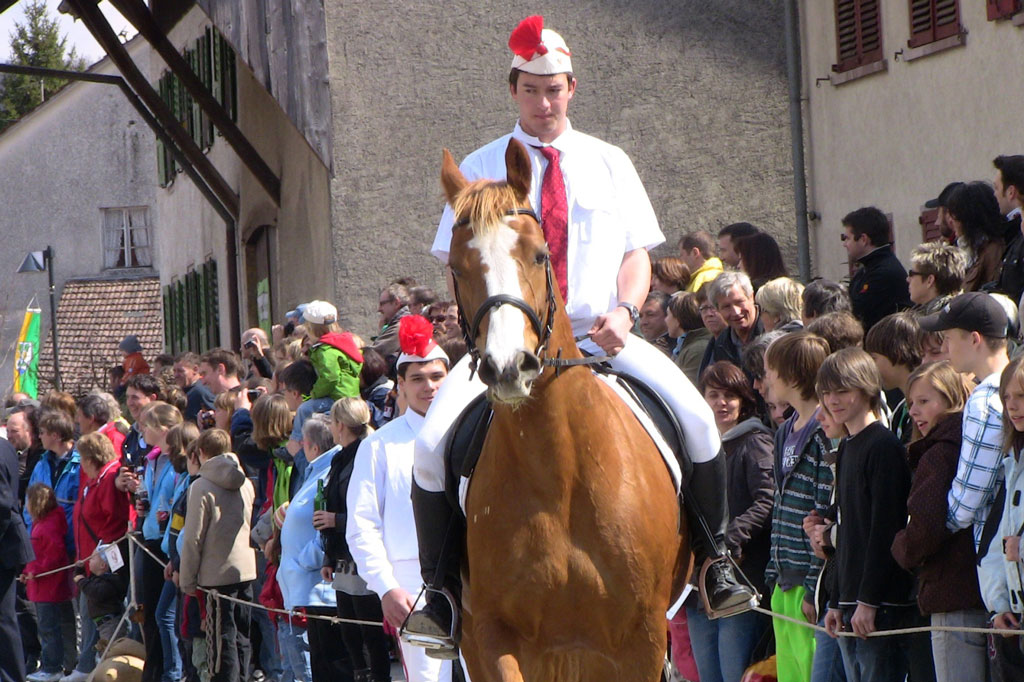 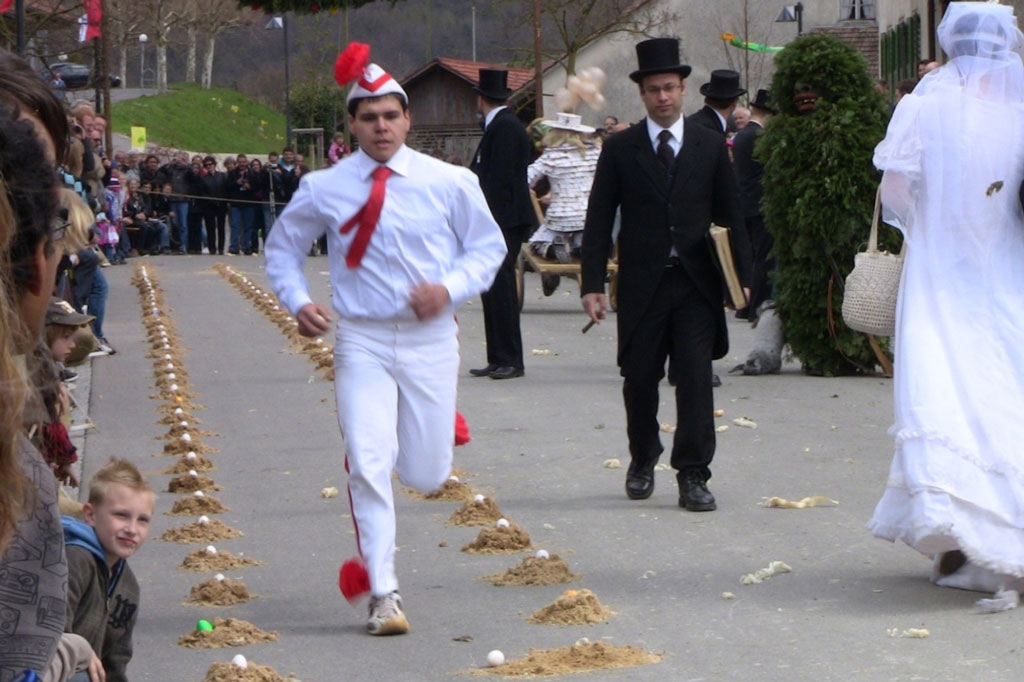 Effingen, AG: An egg runner, with spring and winter characters on the right © Karin Janz, 2010 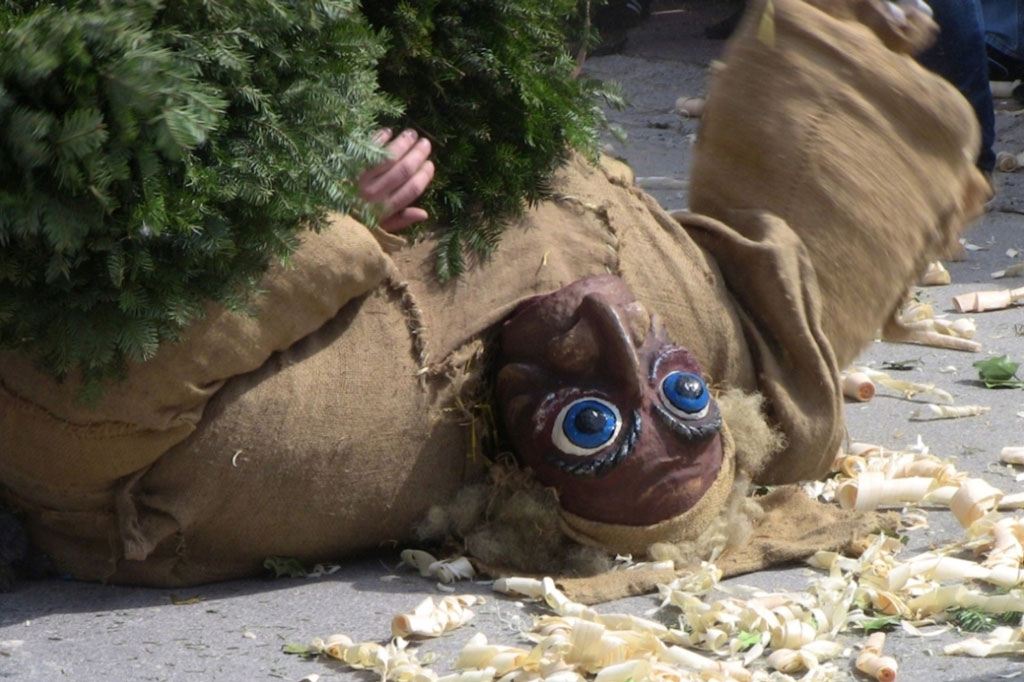 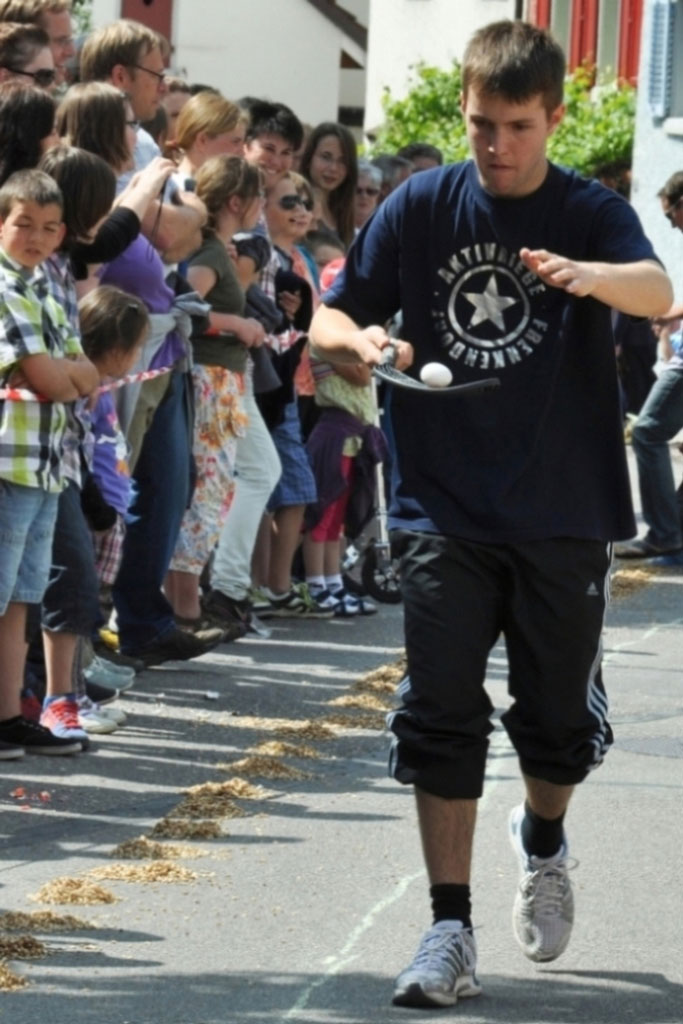 Frenkendorf, BL: A runner performing a balancing act with a hockey stick as he completes one of the special challenges set at every tenth egg © TV Frenkendorf, 2011 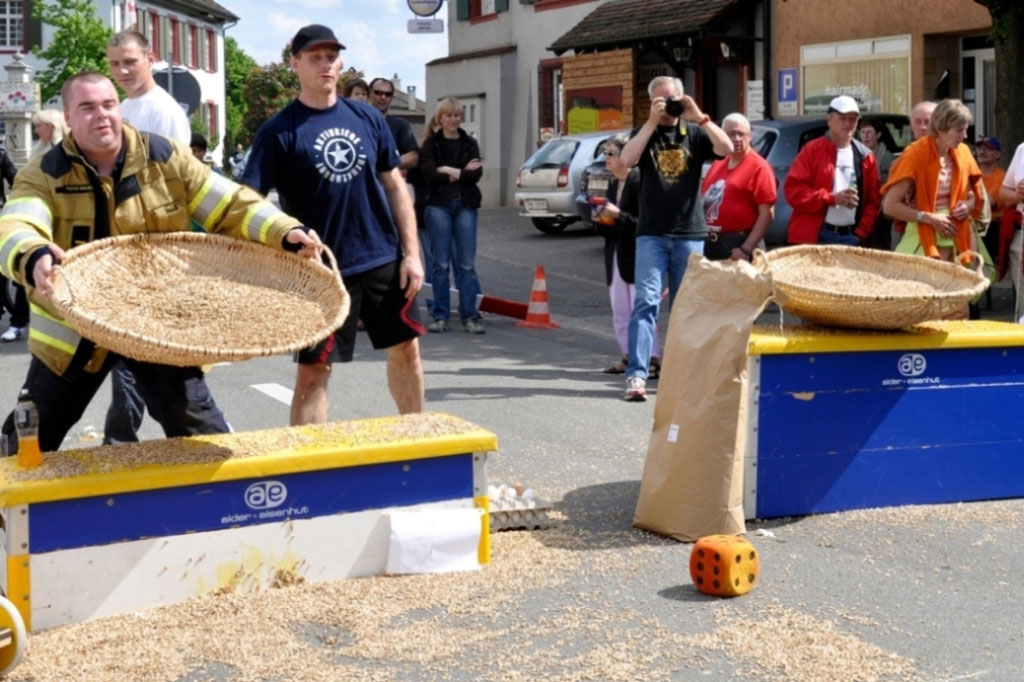 Frenkendorf, BL: The gymnastics association races against a different competitor each year; here the opponents are the fire brigade © TV Frenkendorf, 2011 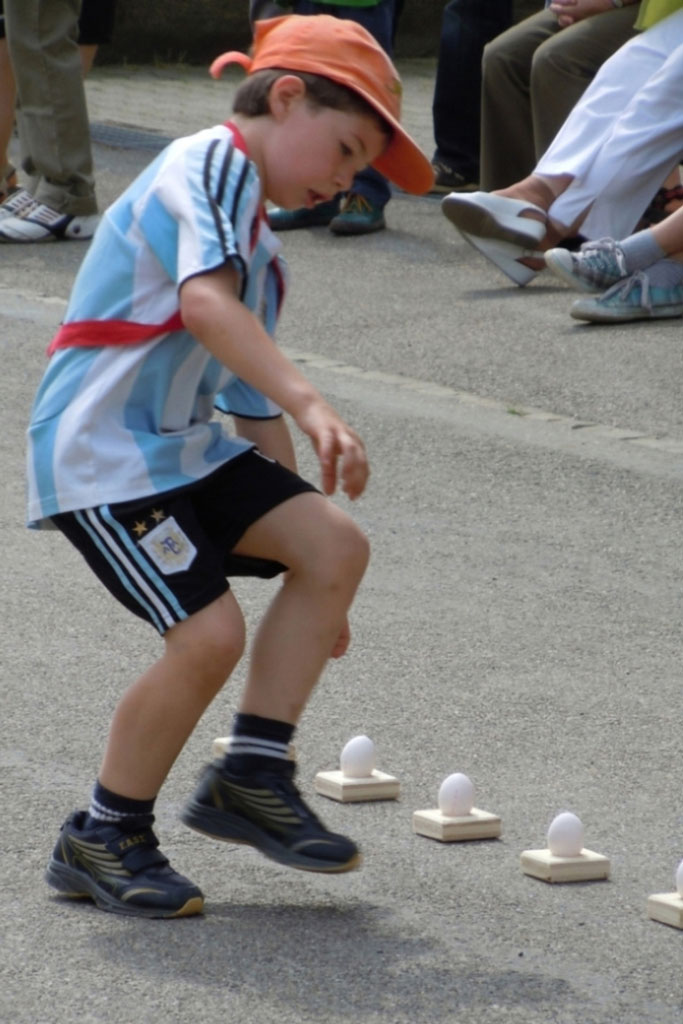 Blauen, BL: Wooden blocks instead of sawdust, making the clearing up a bit easier © Fabian Meury, 2011 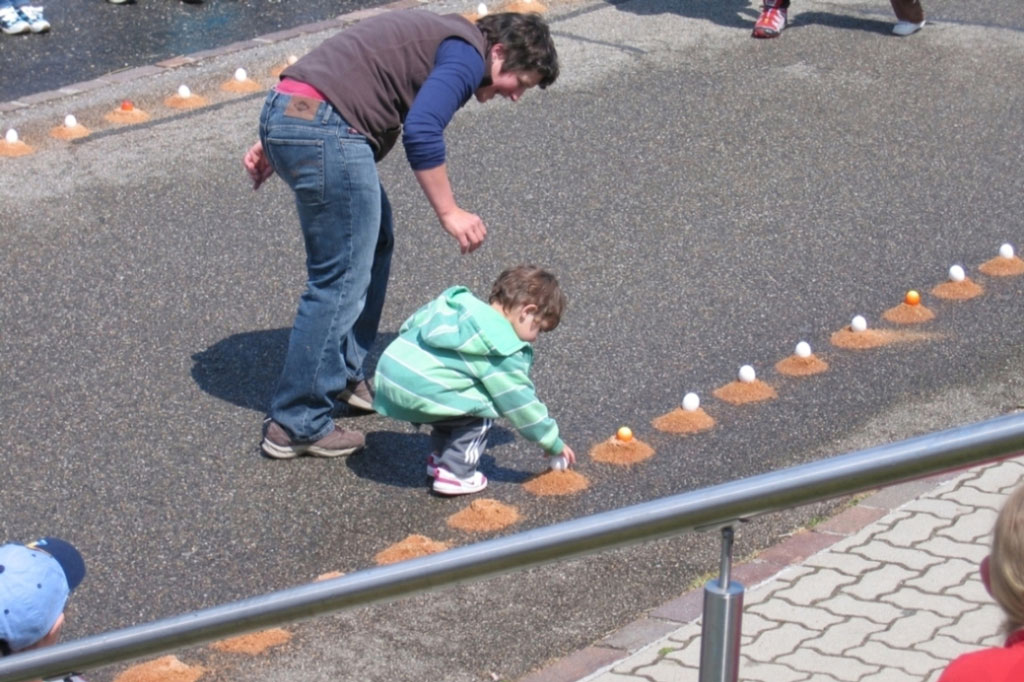 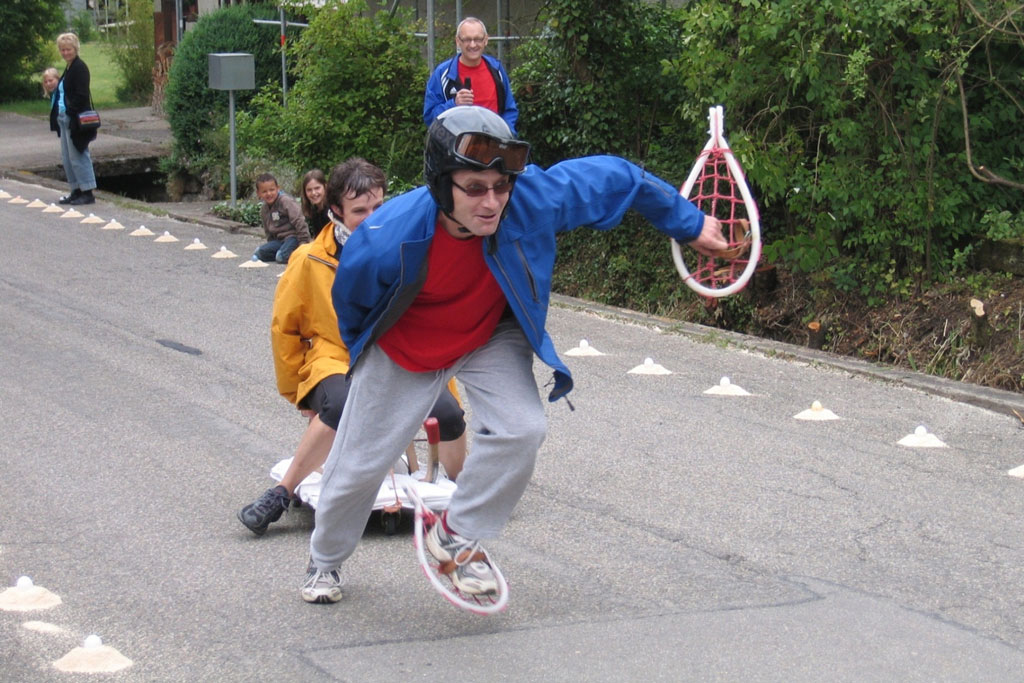 Oberhof, AG: The special challenge that comes at every tenth egg calls for dexterity © Karin Janz, 2011 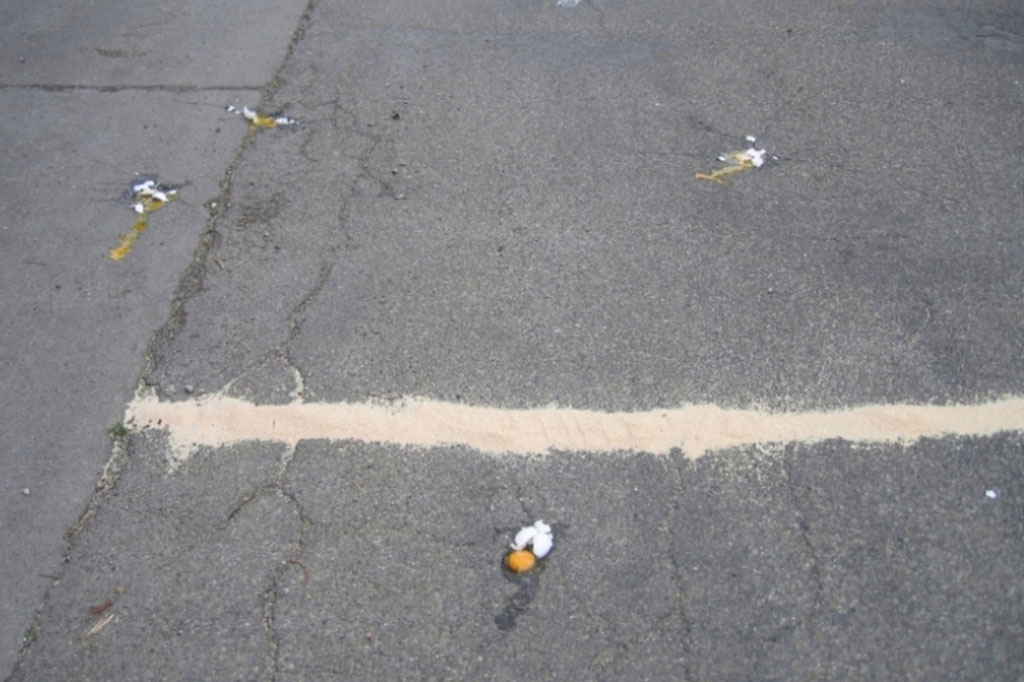 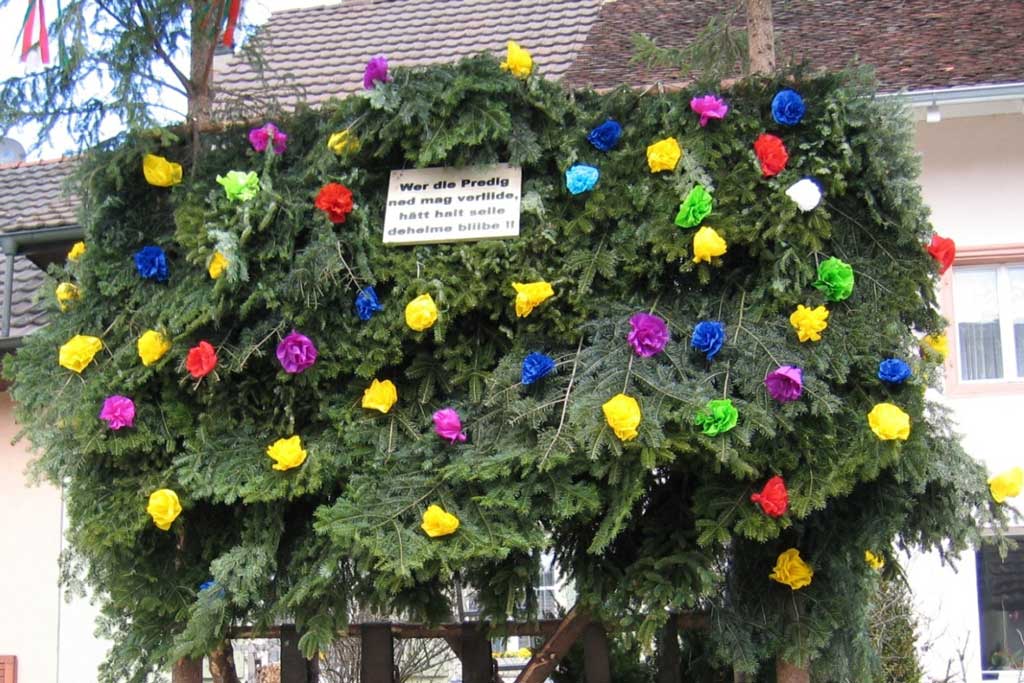 Effingen, AG: The pulpit for the sermon that follows the egg race © Karin Janz, 2010 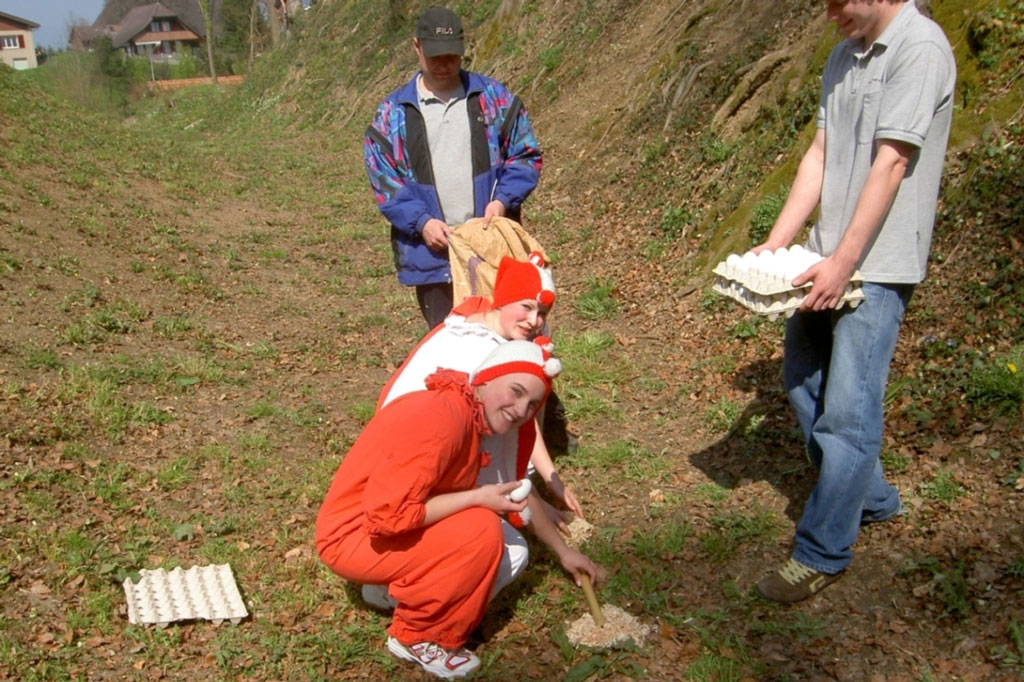 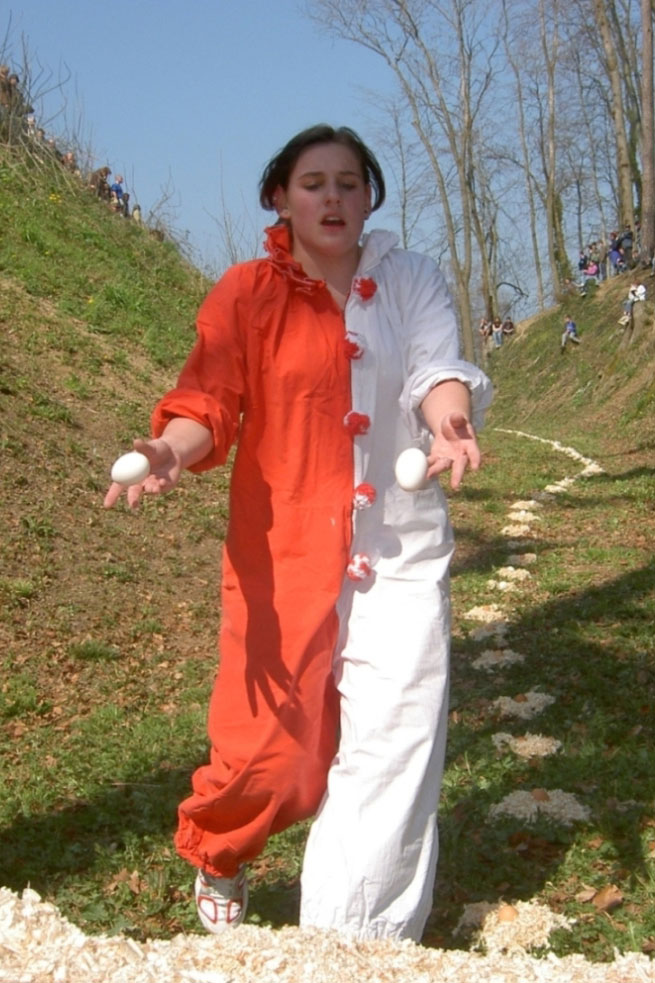 Kyburg-Buchegg, SO: Anyone who deposits two eggs at once must run the length of the course twice © Bernhard Meister, 2007 In Kyburg-Buchegg, SO: The red and white costumes of the competitors are a reference to Solothurn © Bernhard Meister, 2010

Eierläset, a festival around an egg race, is a long-established spring and fertility custom designed to drive out winter. It is run by the regional gymnastics associations in many communities of the Cantons of Aargau, Solothurn and Basel-Landschaft. Two lanes are created, each marked out by 80 to 100 eggs nested in piles of sawdust. Two teams compete, one representing winter, the other running for spring, and each comprising a number of runners and one or two catchers. When the teams have assembled, the competition between winter and spring begins. The first runner in each team sprints to the egg furthest away, picks it up, rushes back and throws it to the catcher and his chaff basket. If the egg falls to the ground, the runner must complete the distance again, but may not pick up another egg to deliver to the catcher. The task is then repeated by all the other runners in the team, and there are additional special tasks set at every tenth egg. The team which manages to deposit all their eggs with their catcher first wins, but occasionally the balance is intentionally tipped so that spring is victorious.

In a few communities in the canton of Aargau there are variations of the event which include characters with elaborately designed costumes such as the “Schnäggehüsler” (who is covered in snails’ shells), the “Stächpälmler” (holly bush) or “Pfarrer” (priest). These characters are allocated either to spring or to winter. While the runners are in action symbolic fights break out between the two sides.