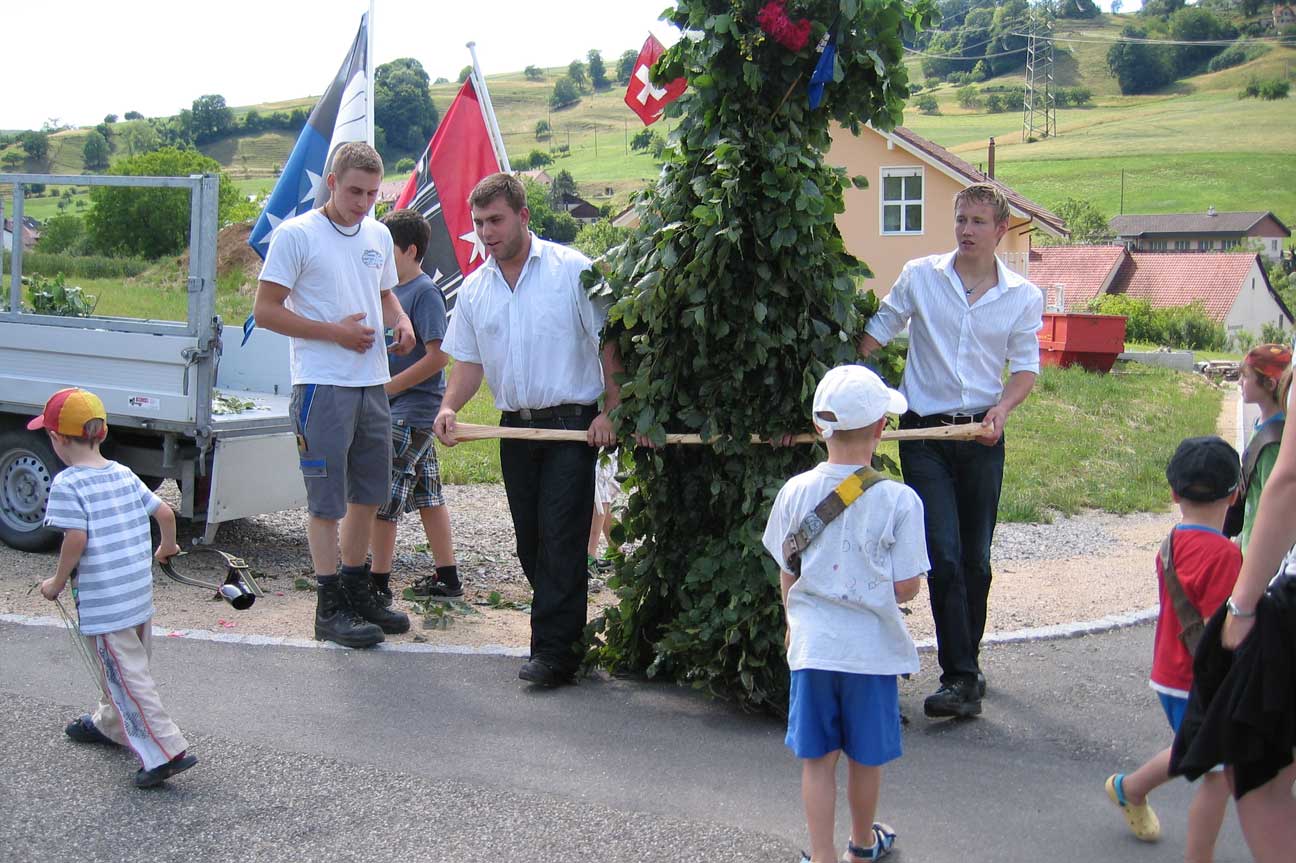 Sulz, 12 June 2011: The Whitsun bush being helped through the village © Karin Janz 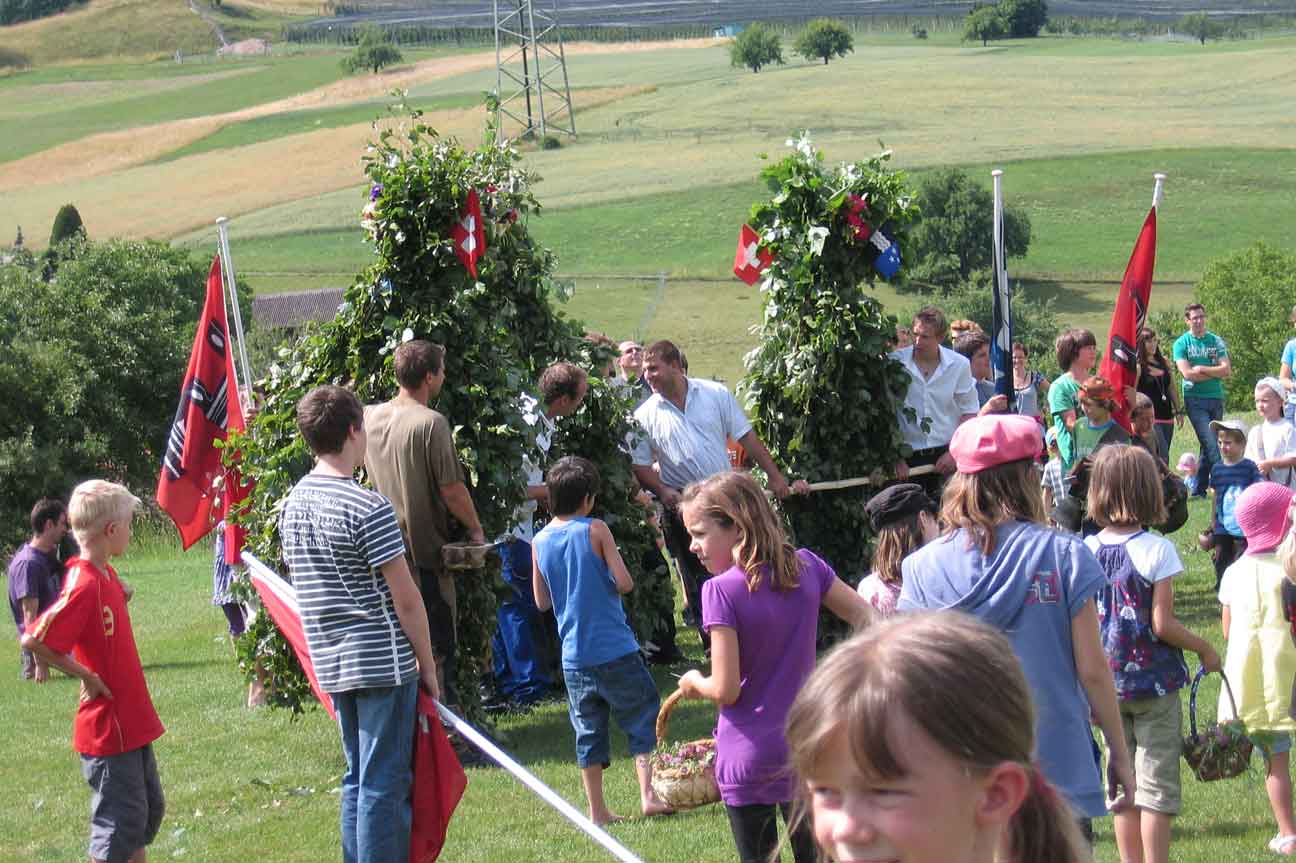 Sulz, 12 June 2011: All the human bushes gathering at the village hall; they will be washed one by one at the end of the celebration © Karin Janz 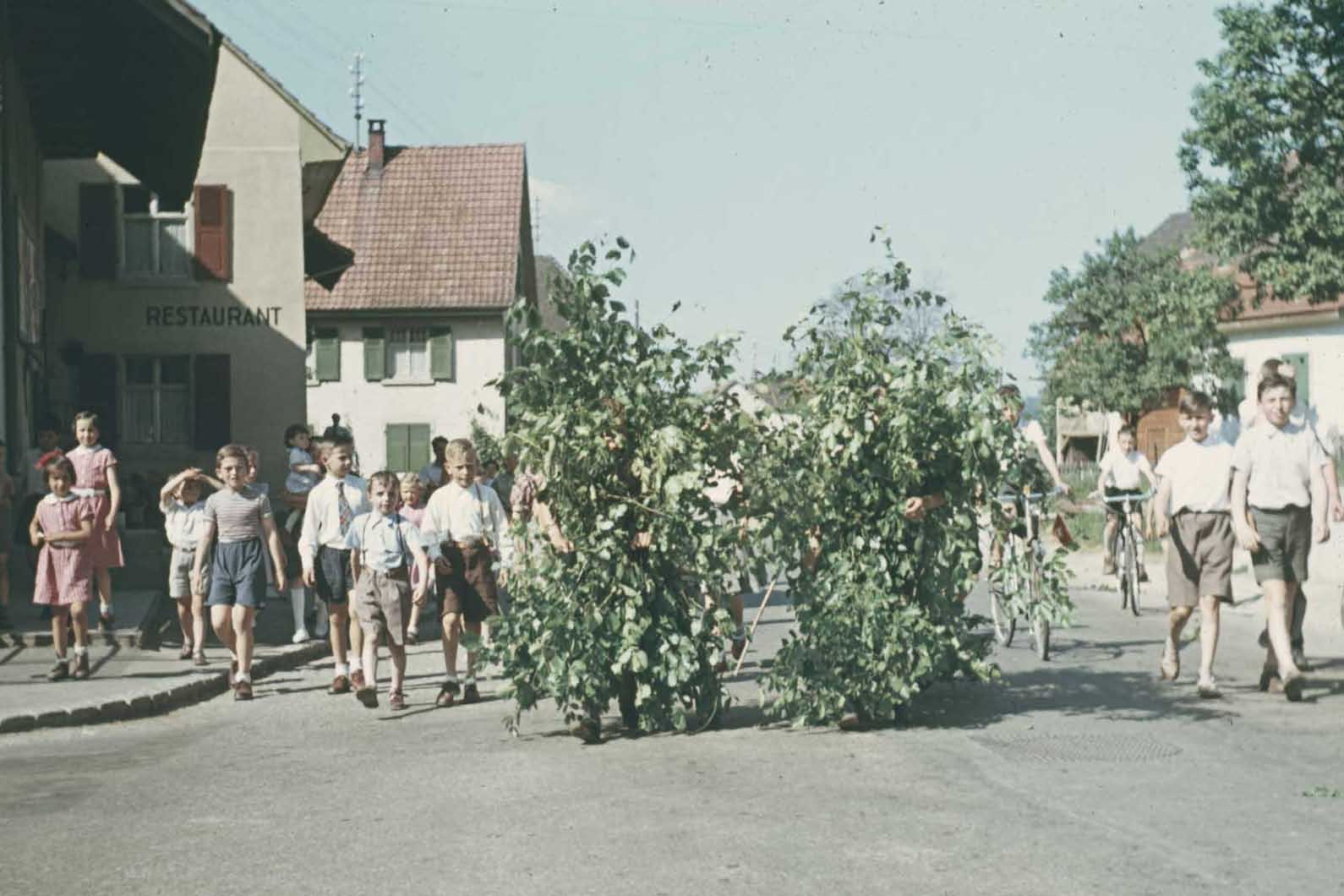 In Ettingen the Whitsun bushes enjoy splashing water at their audience, particularly its female members, as they make their way from fountain to fountain © Theodor Strübin/Museum.BL 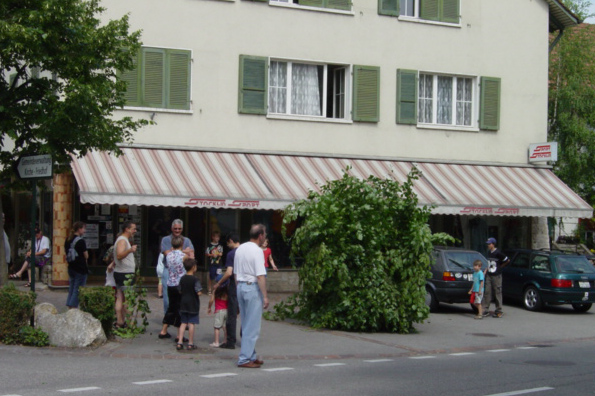 Ettingen, 2003: An audience at the edge of the street watching the antics of the Whitsun bushes © Markus Christen 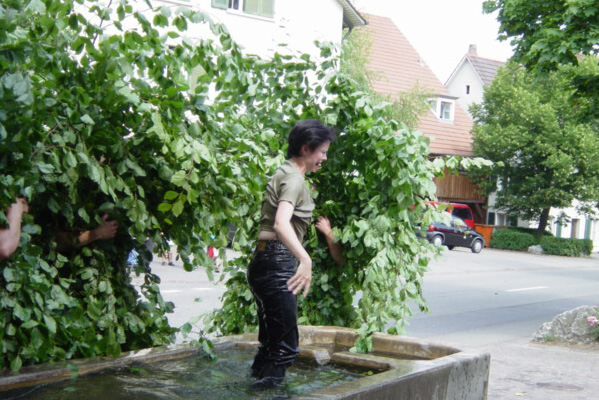 Ettingen, 2003: Female onlookers risk more than a few splashes – they are thrown into the fountains © Markus Christen 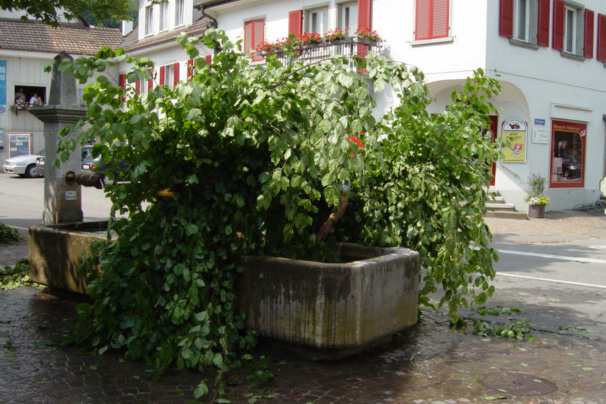 Early in the morning of every Whitsunday, the forests of Ettingen, Sulz and Gansingen are populated by scores of young men scavenging for foliage to tailor and dress themselves in. Fully disguised as bushes, they make their way back to the village. After the church service they roam the area, yelling and whooping. In many places the men show their respect by bowing, and the celebration is accompanied by heavy drinking. In earlier times it was the human bushes that were dunked in the fountain at the end of the festivities, but over time the tables have turned as those bushes began putting their attackers in the fountain instead. Nowadays they try to splash onlookers with wet branches, with young women being their particular target. Finally the foliage-clad men take a fountain bath themselves, afterwards enjoying food and drink.