Fondue as a social event 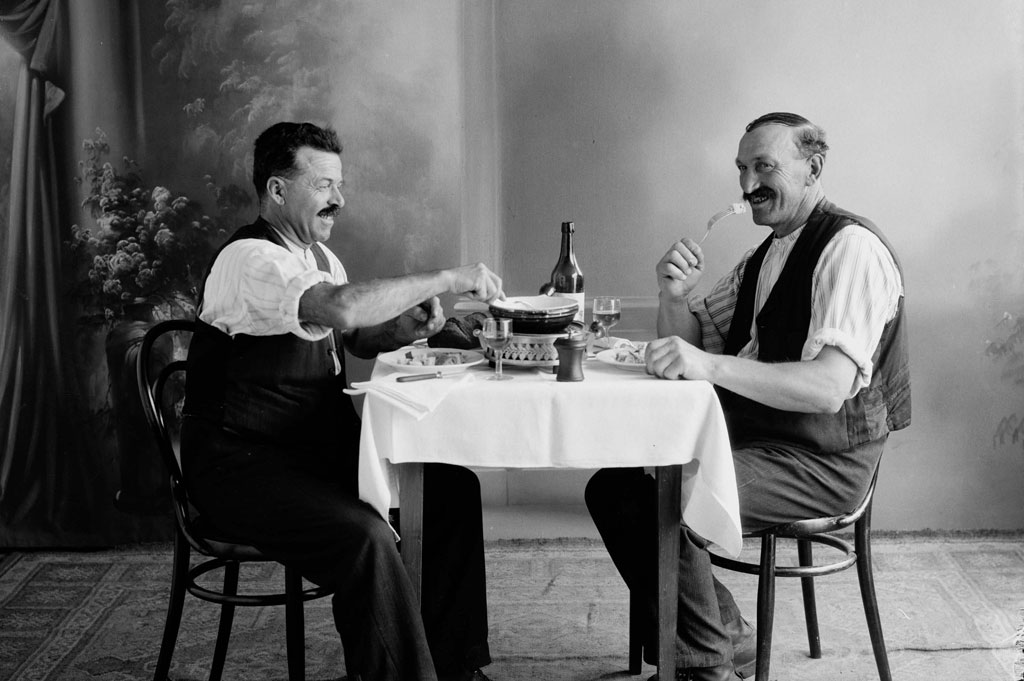 Fondue in the studio for a new advertising campaign, 1933 © Glasson/Musee gruerien, Bulle, 1933 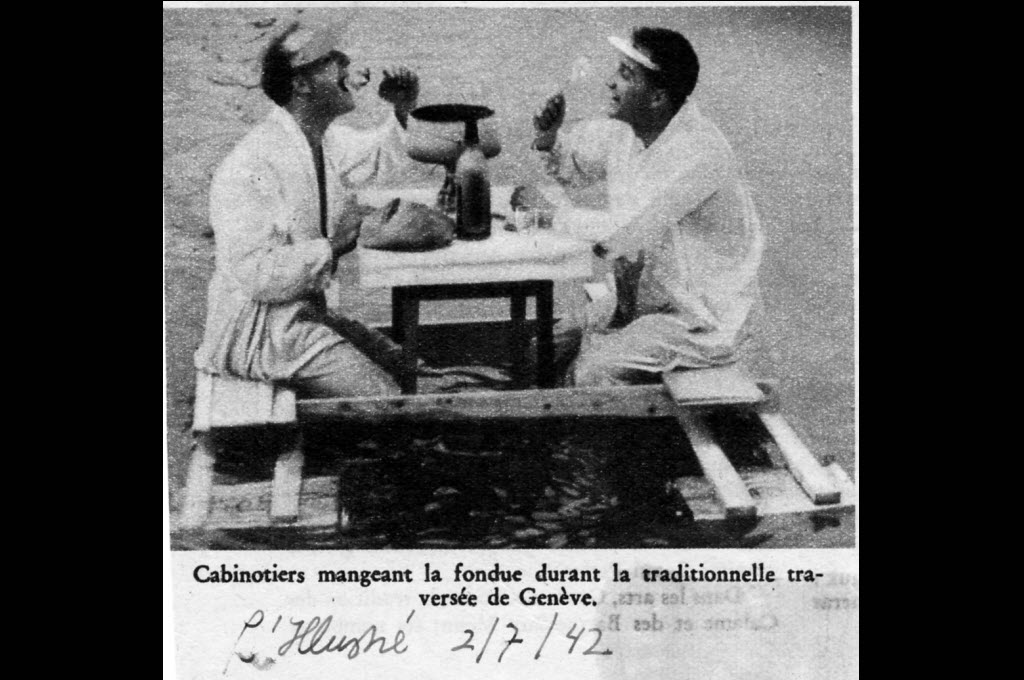 Fondue can be enjoyed anywhere, even on a raft on Lake Geneva. © L’Illustré 1942 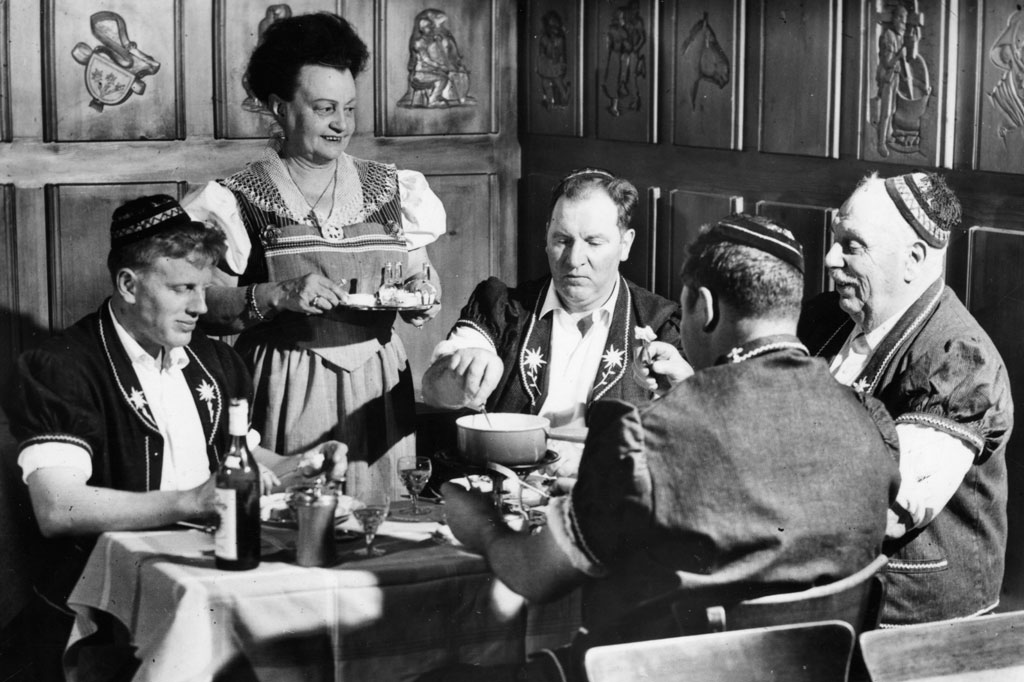 Fondue in a traditional setting at the Le Tivoli café in Châtel-Saint-Denis © Glasson/Musee gruerien, Bulle, 1964 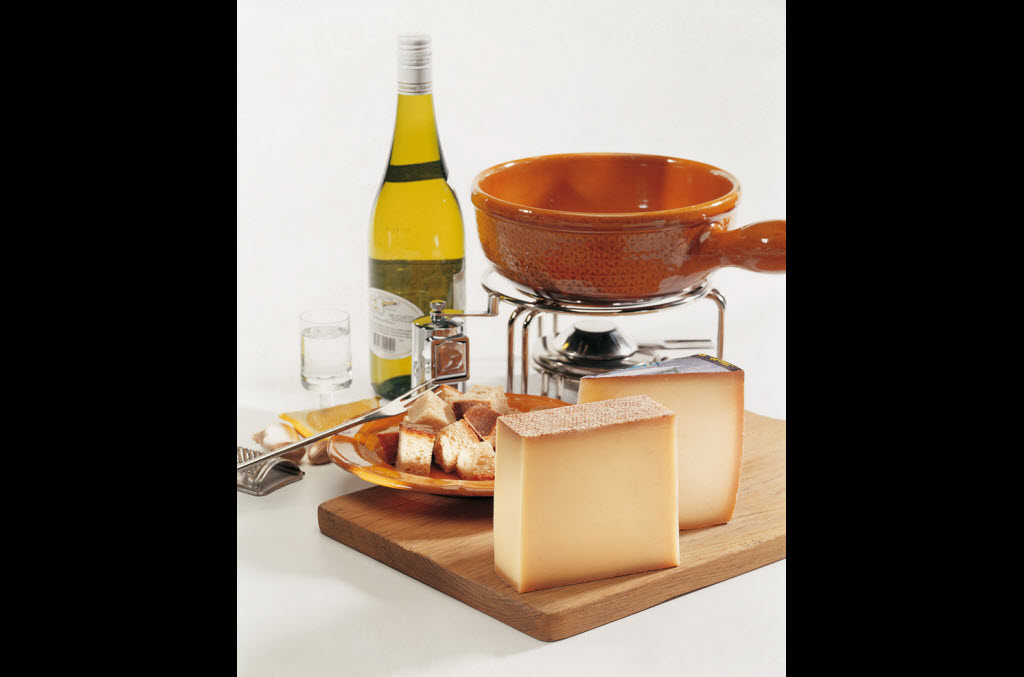 The ingredients for a Fribourg-style fondue © Interprofession du Gruyère AOC 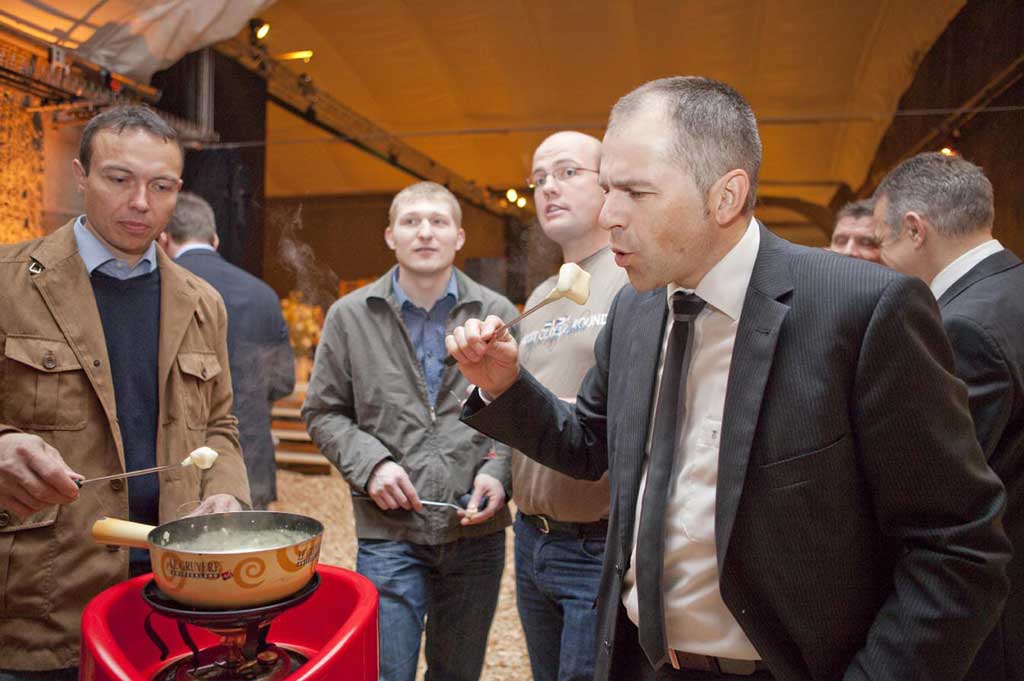 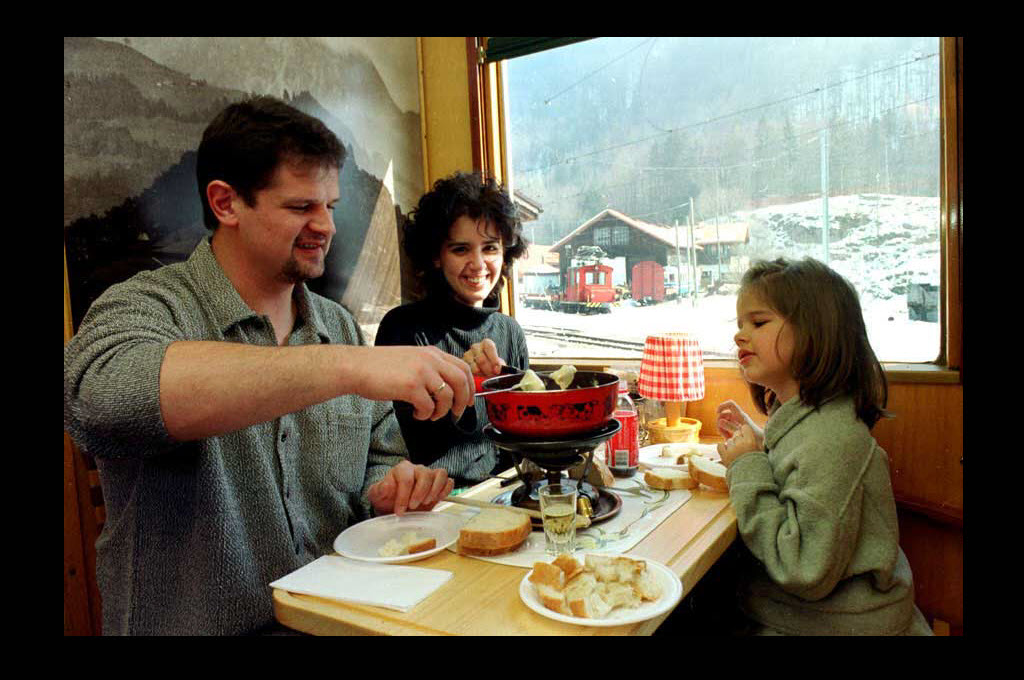 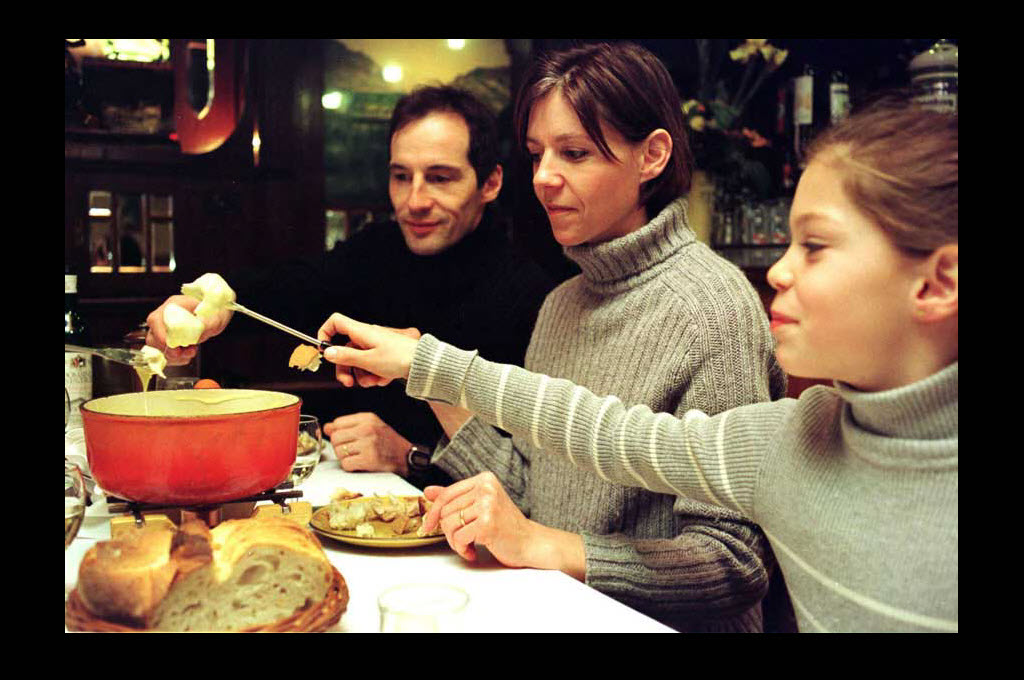 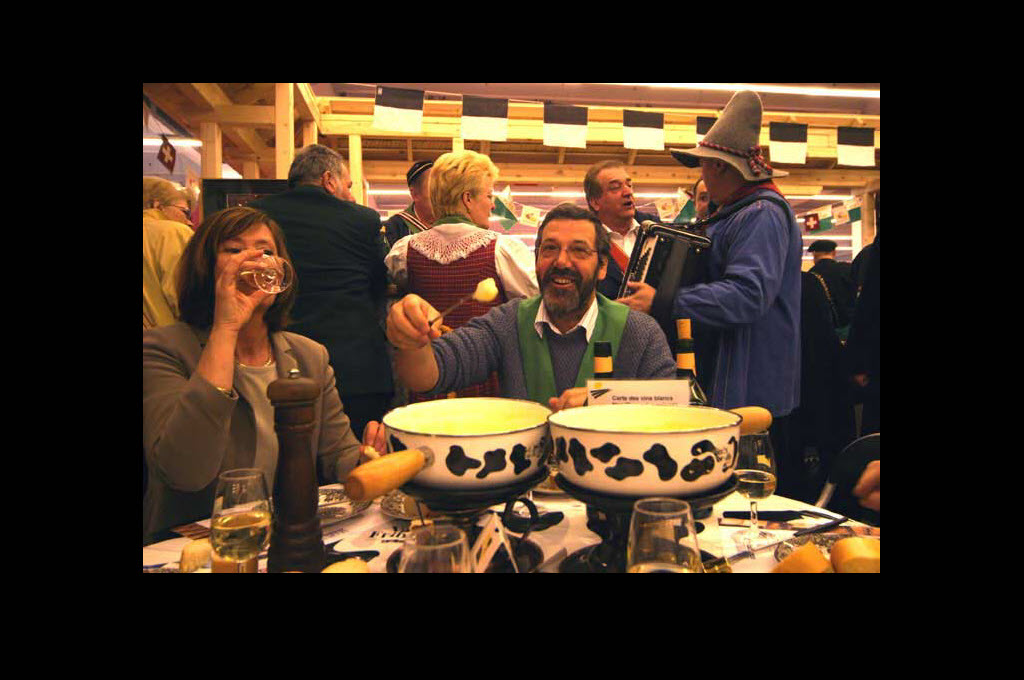 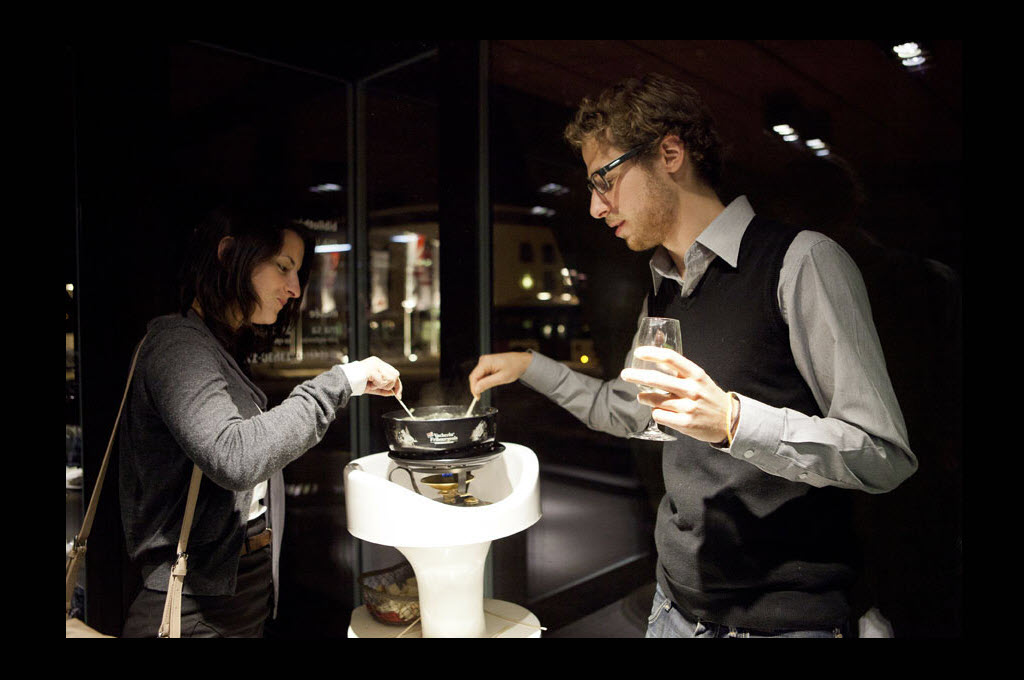 Melt some typically Swiss cheese in a large pot called a caquelon. Place it at the centre of the table on a heater or réchaud and enjoy it with friends or family straight from the pot by dipping in cubes of bread or boiled potato on the end of a special fork. The Swiss really make a meal out of this, and they call it cheese fondue. In its modern form, wrongly believed to be how it has always been, it combines bread, wine and cheese – products synonymous with the region. This king of meals, at once simple and convivial, even pays homage to Switzerland’s democratic culture, in which equality, sharing and of course the allure of the mountains play a key role.

The earliest records of fondue date back to 1699, and it was mentioned in everyday cookbooks from the 18th century, but it was not until the 20th century that specialised fondue utensils became commonplace in Swiss homes. The dish has become an emblem of Swiss tourism in the canton of Fribourg and many other regions besides, and a number of different versions exist. The best known are moitié-moitié or “half and half” (made from a mix of Gruyère and Vacherin fribourgeois cheeses with white wine, kirsch and corn starch) and Vacherin on its own, which is said to be lighter and consists simply of the cheese with a little water to make it more creamy. Once you have all the ingredients, it is very easy to make a fondue, although specialist restaurants jealously guard the secrets of their own special recipe.

Raclette as a social event