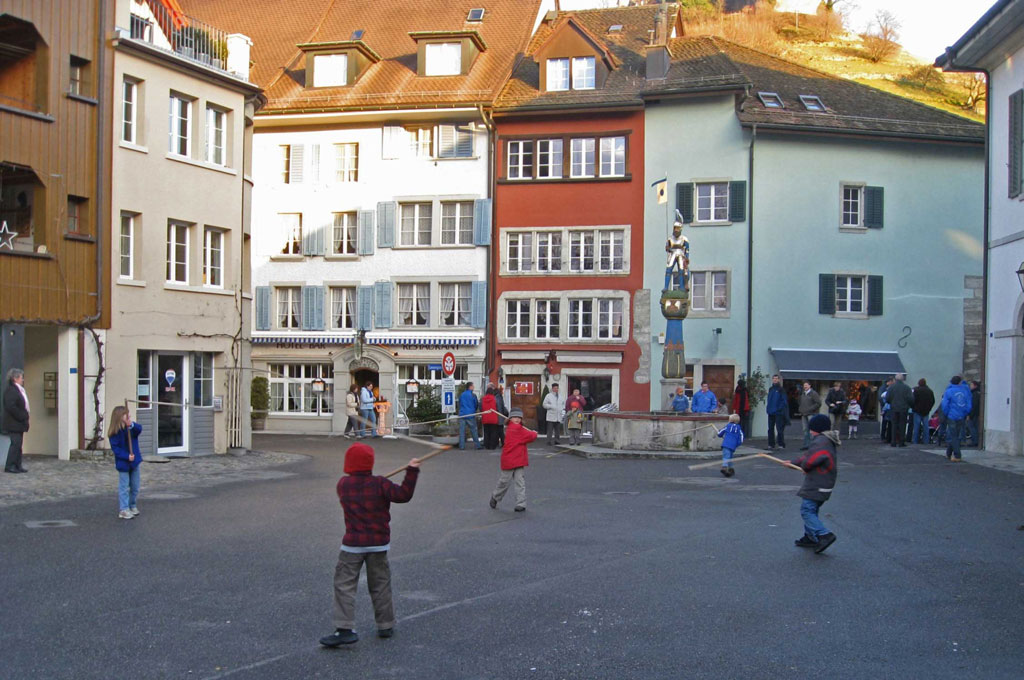 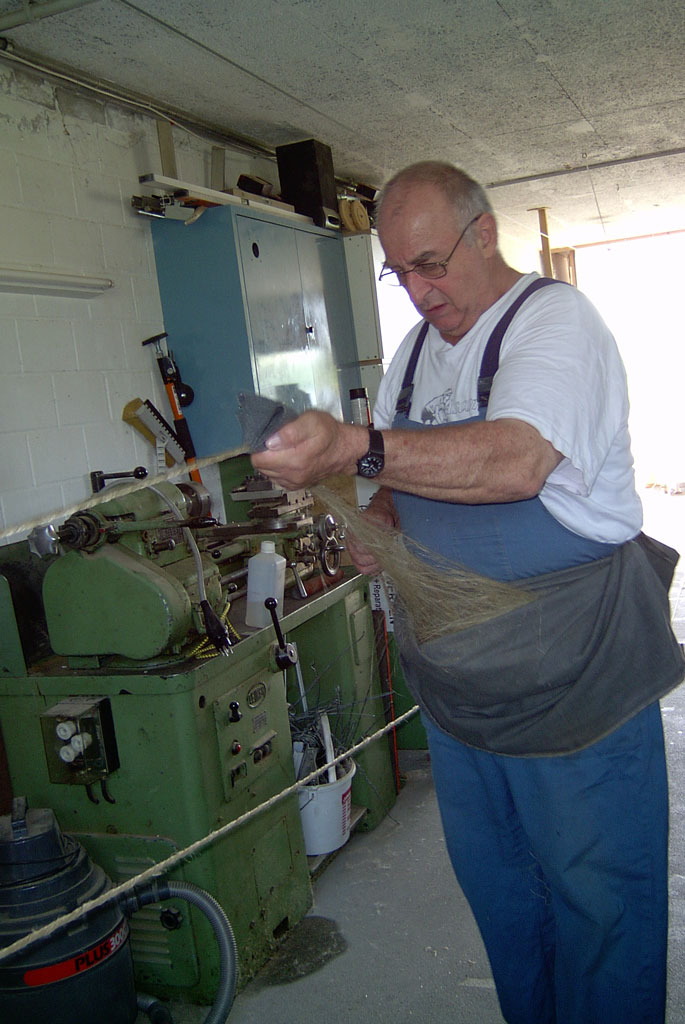 Spinning yarn with flax is an early stage in the process of making a whip © Robert Werren, Egliswil 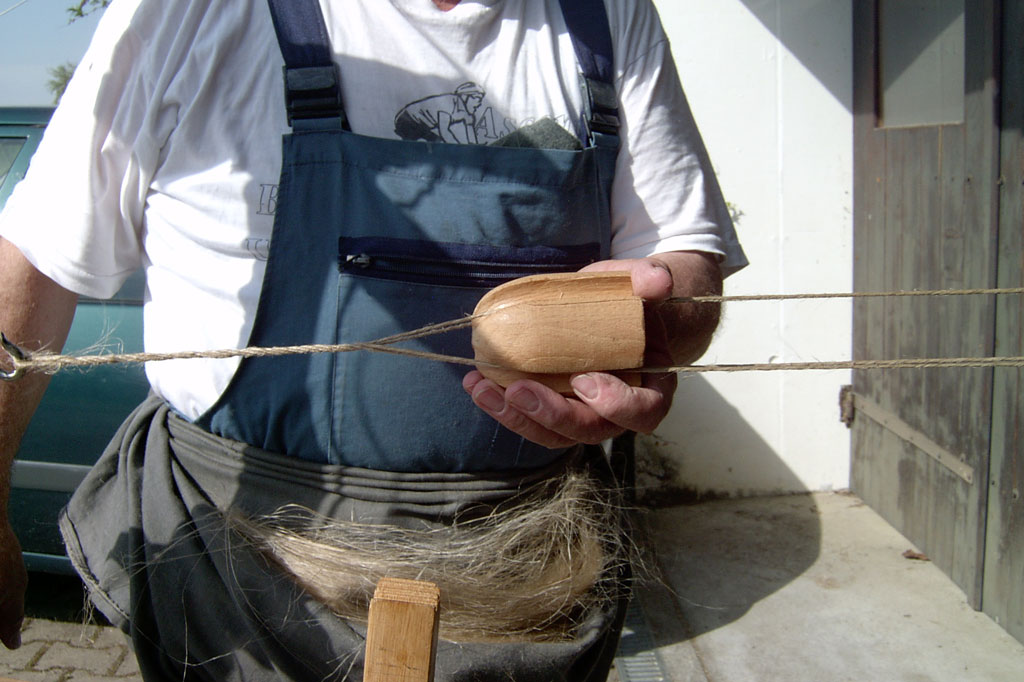 The strands are braided into a whip © Robert Werren, Egliswil 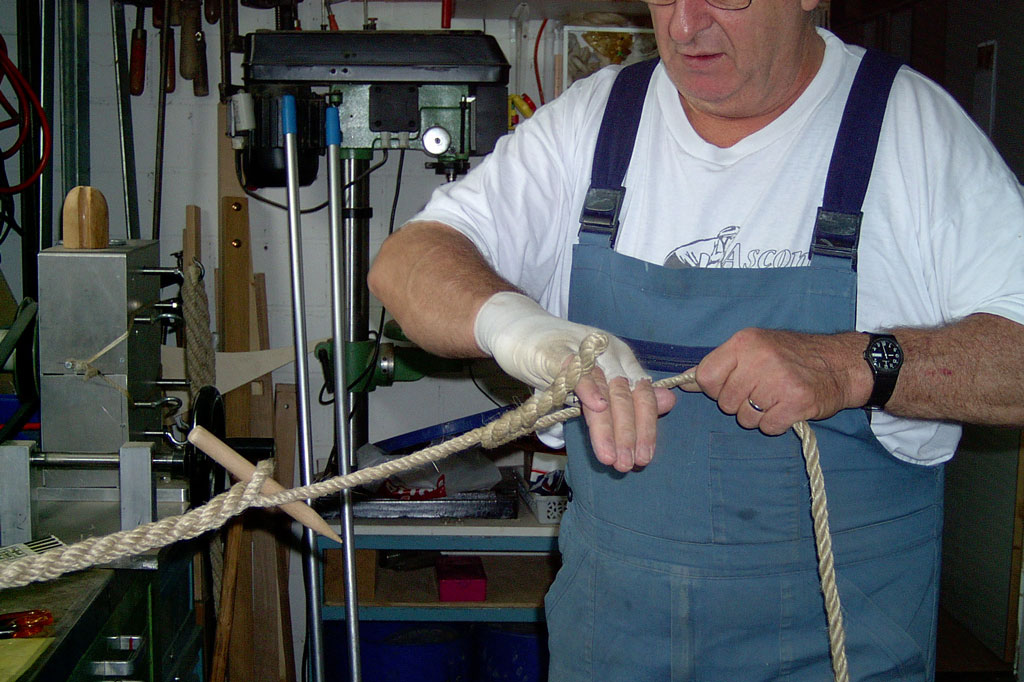 Finally, the whip is “merged” at its full length © Robert Werren, Egliswil 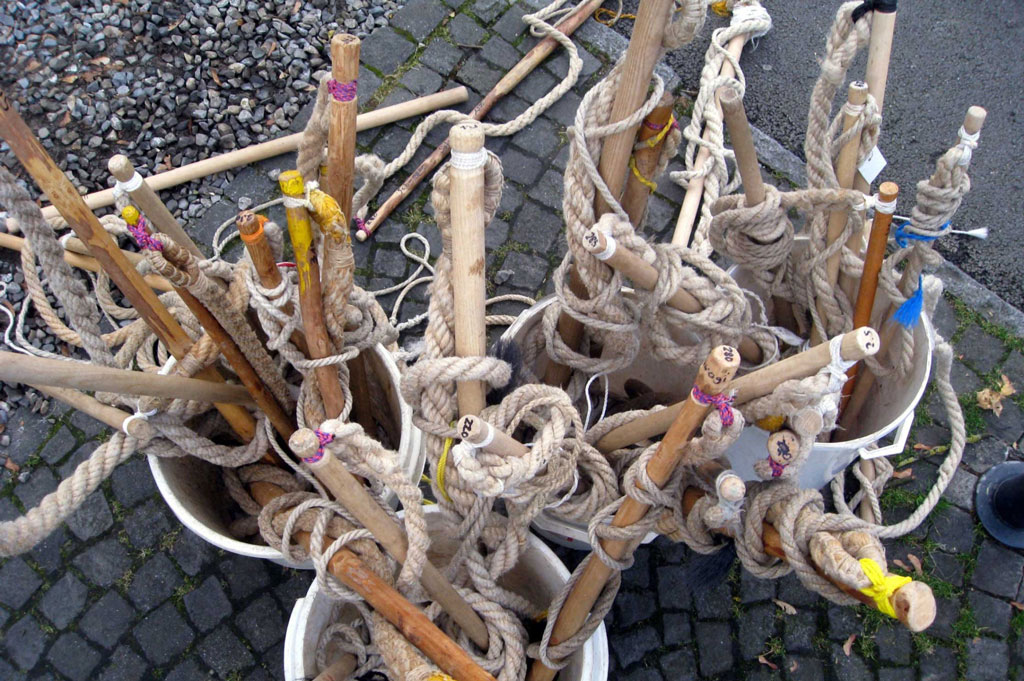 The St Nicholas market in Lenzburg is the highlight of “Chlauschlöpfen” © Urs Schwager, 2008 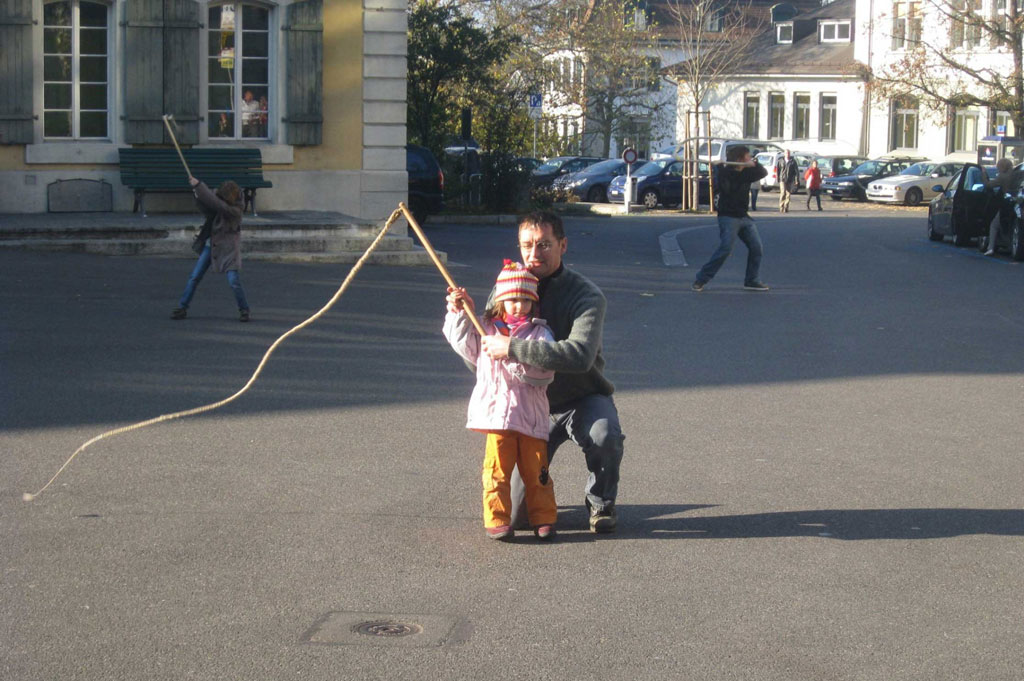 Adults often pass on their knowledge of the technique to the next generation © Urs Schwager, 2008 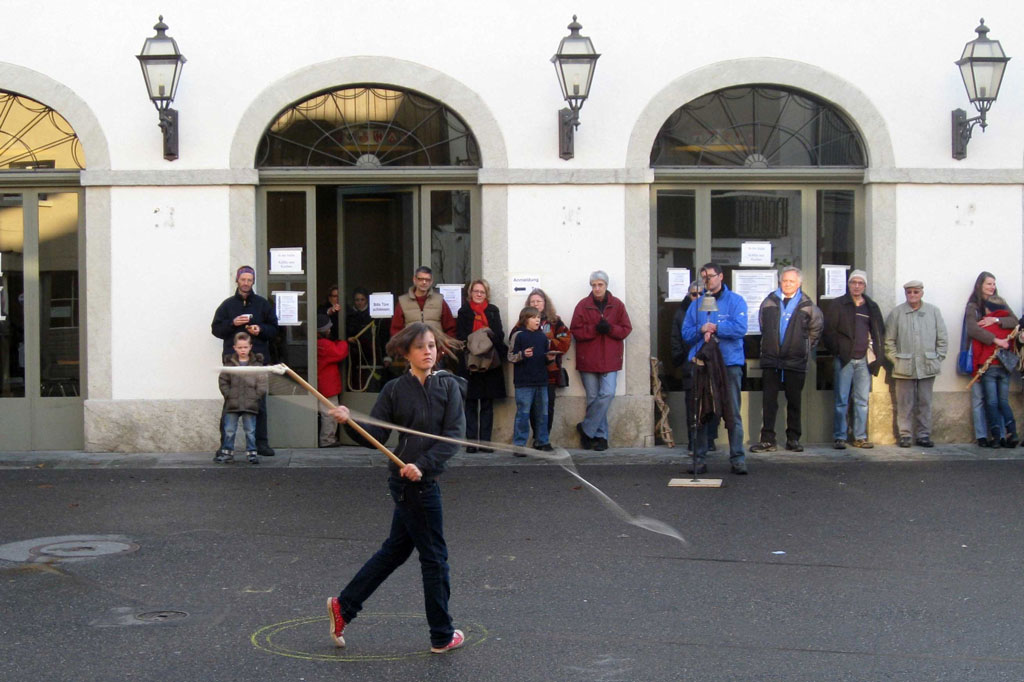 The whip cracking competitions give girls and boys and men and women the chance to show off their best whip cracking © Urs Schwager, 2008 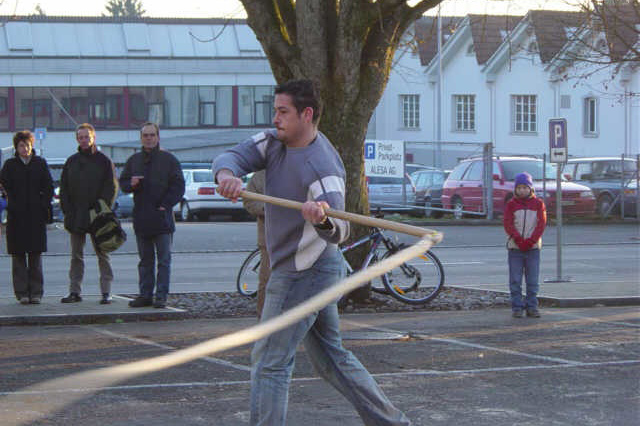 In the competitions marks are awarded for the amount of noise and the regularity of the cracking © Urs Schwager, 2008

From the end of October until the Sunday following the Lenzburg's Saint Nicholas market (which takes place on the second Thursday in December), the Lenzburg district echoes with the sound of long whips. The cracking begins at dusk, and anyone can bring along a whip to crack, irrespective of their age and sex. In some municipalities there are whip cracking competitions with categories for different competitors. In Hallwil, "Chlausjagen" (where masked figures make door-to-door collections) takes place on the evening of the Christmas market, while in Niederlenz the "Whites and Blacks" give presents to the children. Both customs take place amid whip cracking.The tradition, known as "Chlauschlöpfe", has been kept alive since the sixteenth century.

It is based on the belief that the great noise and loud cracking of whips will protect the people against demons and other evil spirits. The alternative basis for the tradition is the Lenzburg legend of St Nicholas, which says that St Nicholas had to be lured out of his cave after young boys had angered him. The cracking of the whips is designed to wake him up and bring him into the town.Alongside the art of whip cracking, the production of the whips is another living tradition.

Across Switzerland, there are only three places in which it is still practiced, and one of these is in the canton of Aargau. "Chlauschlöpfe" therefore incorporates several traditions: the culture of whip cracking, the knowledge of manufacturing whips and the passing on of folklore such as the Lenzburg legend of St Nicholas.

Chlauschlöpfe, the custom from Seetal