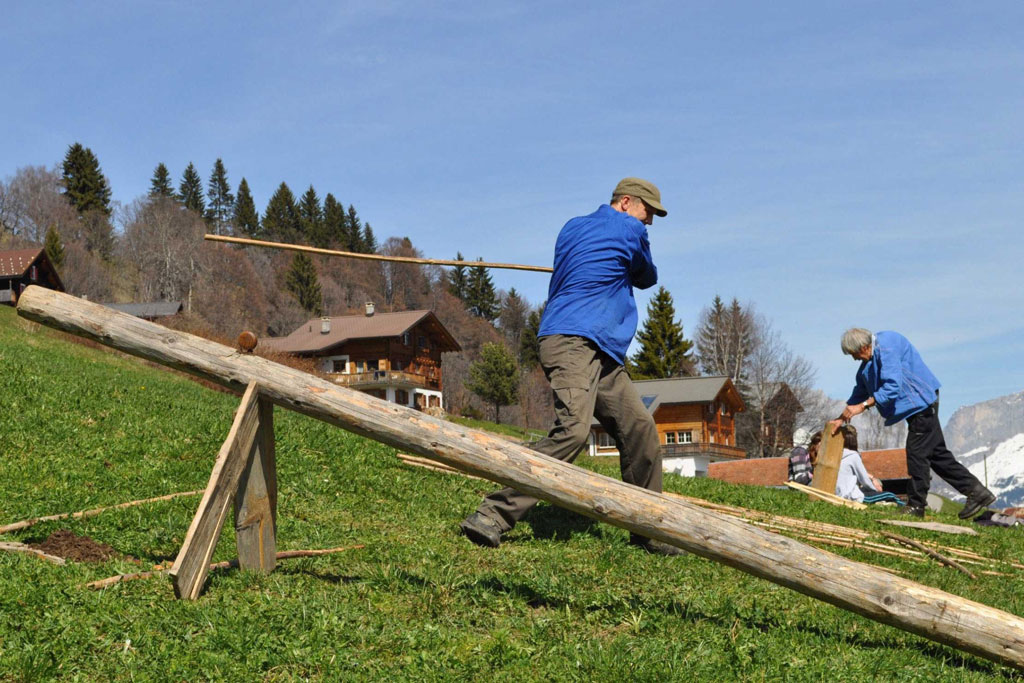 Hürnä: The Huri positioned on the starting bar © Heidi Wyss 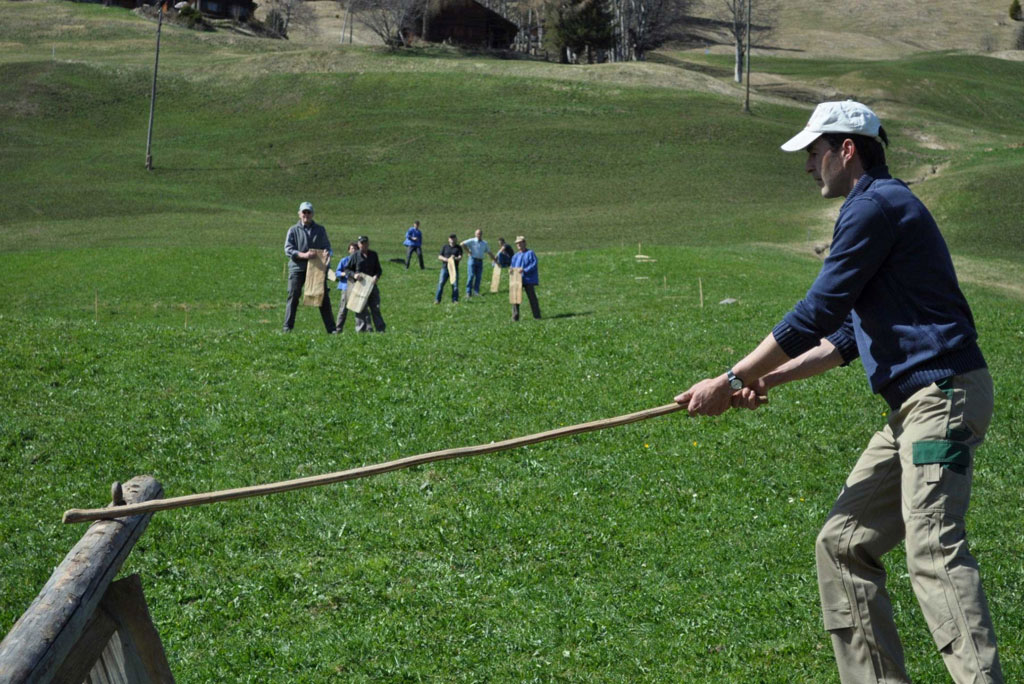 Hürnä: A player using a Huri stick to launch the Huri into the defenders’ field © Heidi Wyss 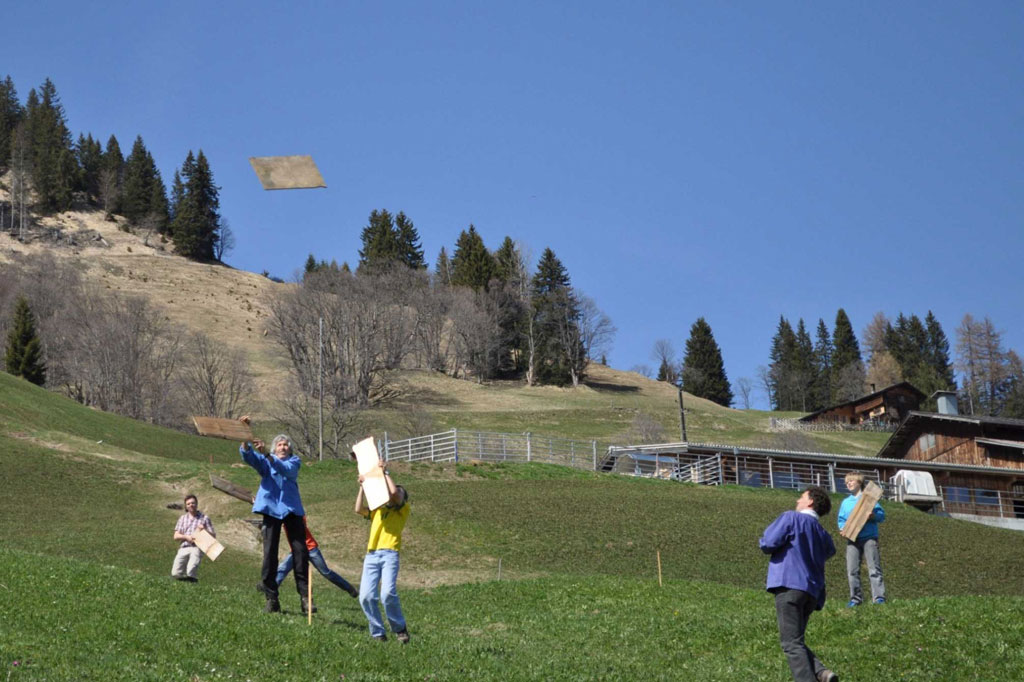 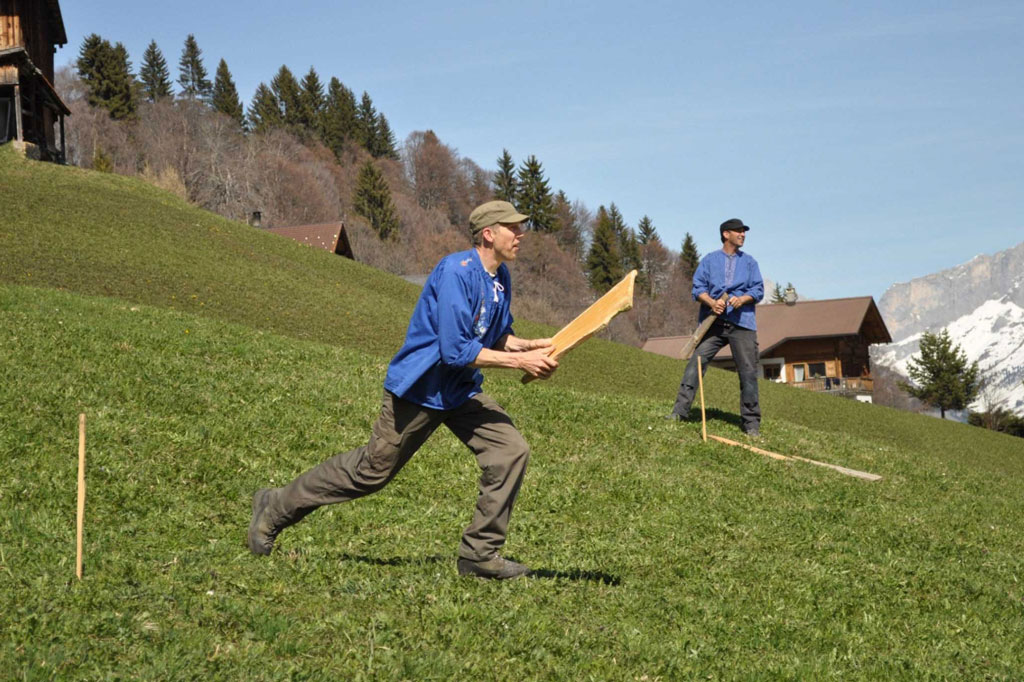 Hürnä: Defending with the board in the hands © Heidi Wyss 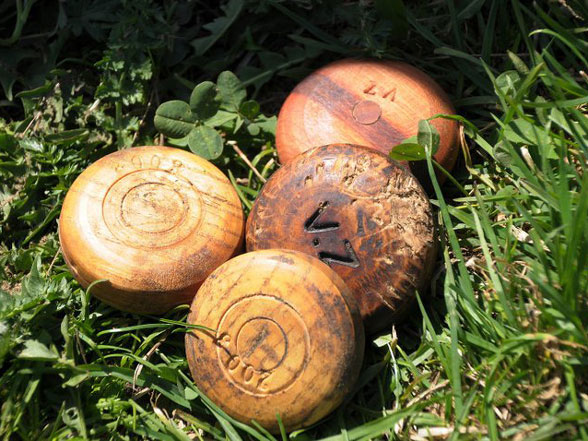 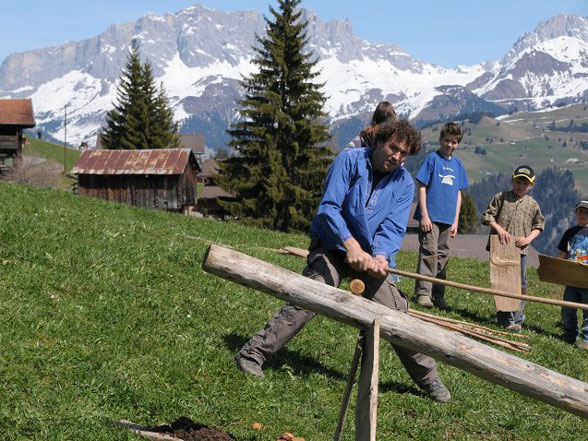 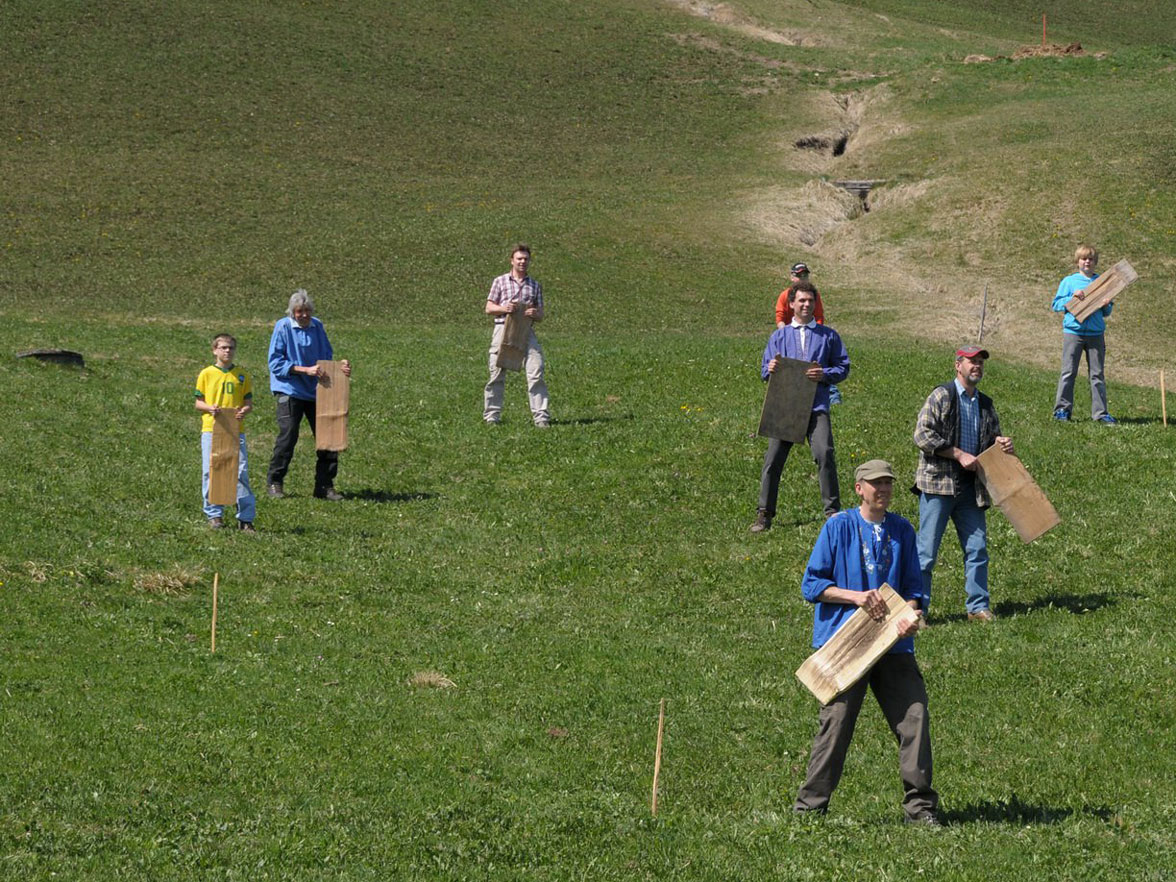 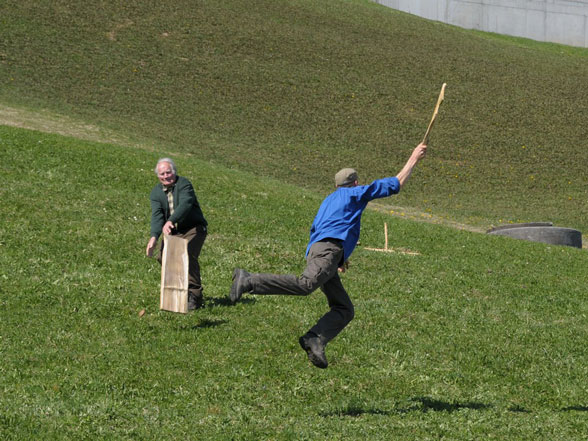 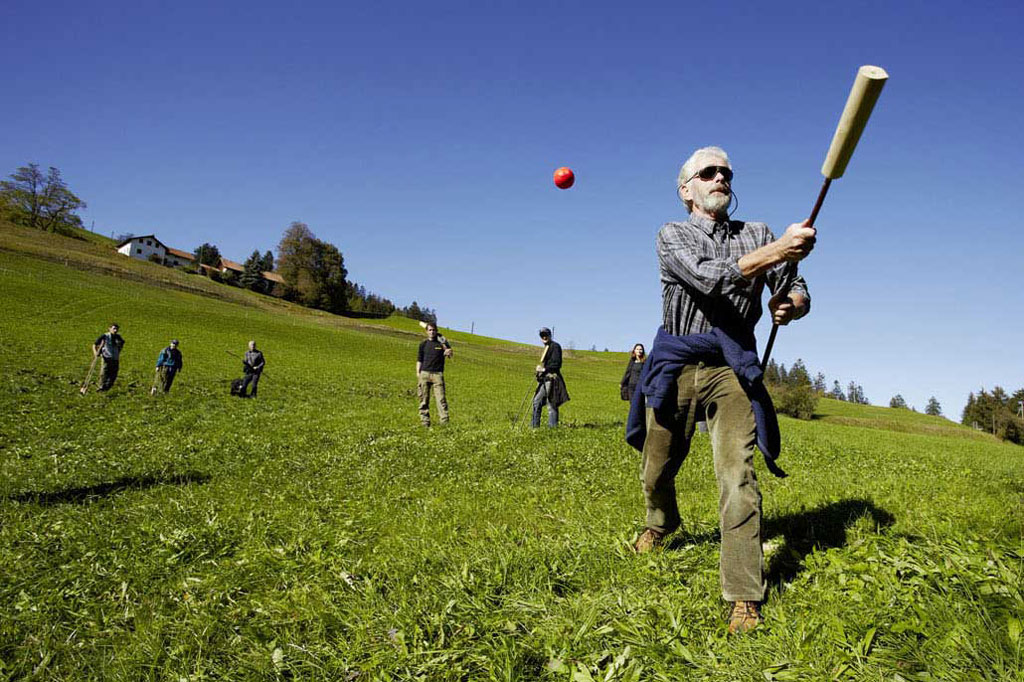 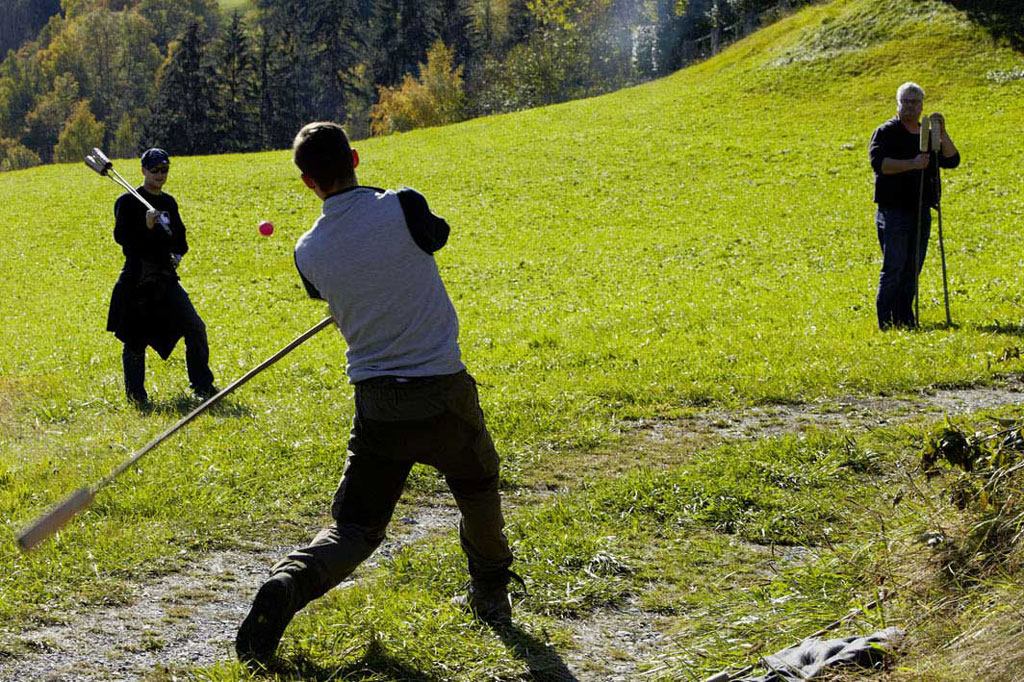 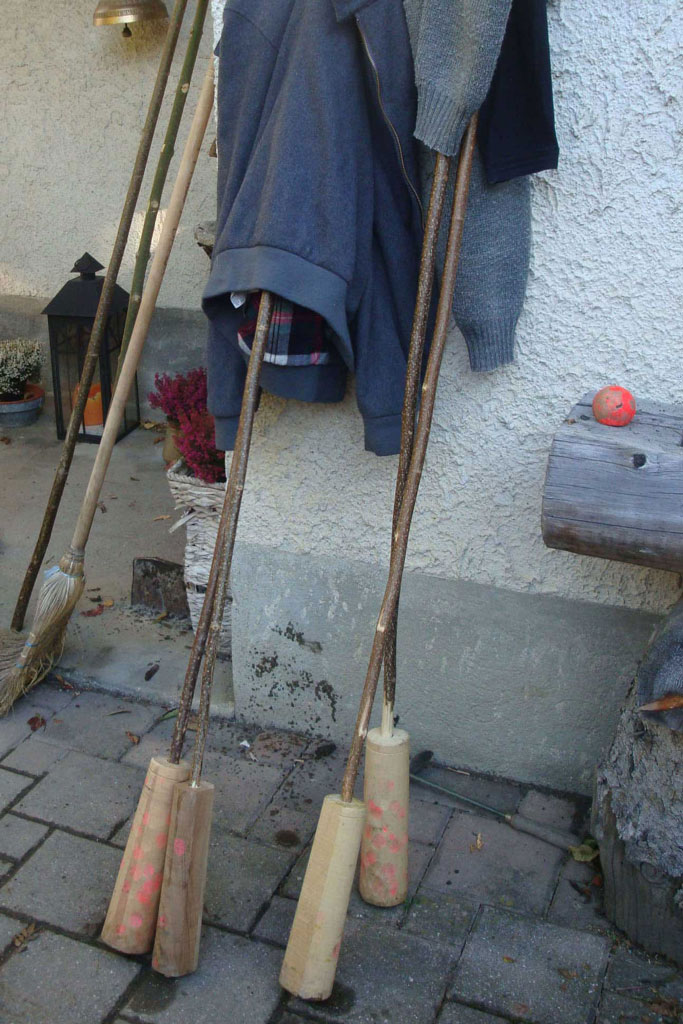 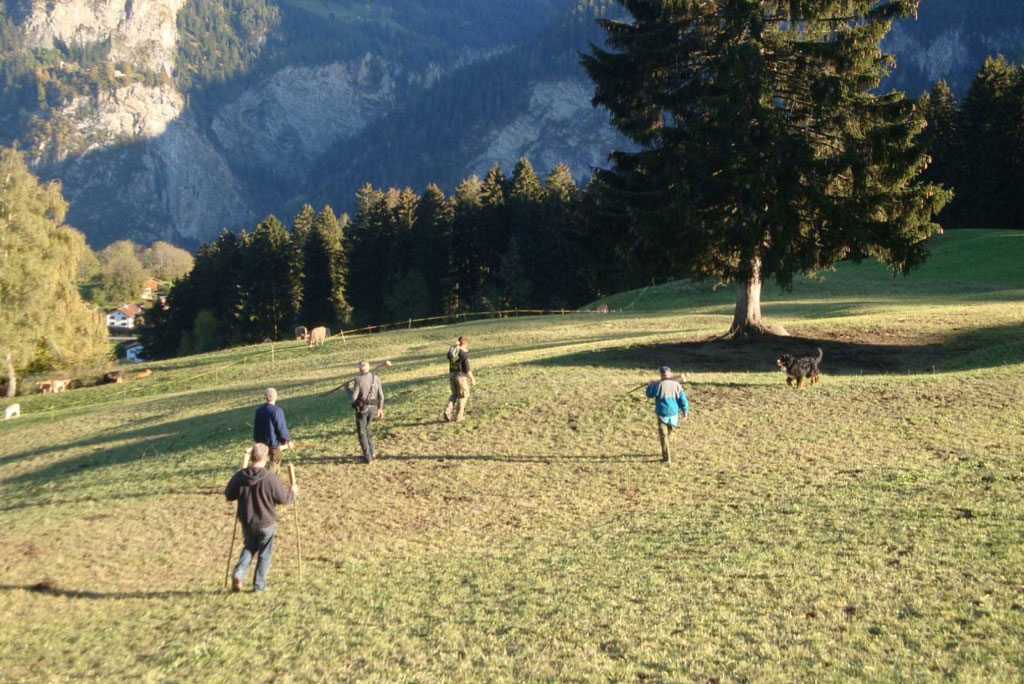 Mazza Cula: The next target is a fir tree © Silvia Conzett, 2011 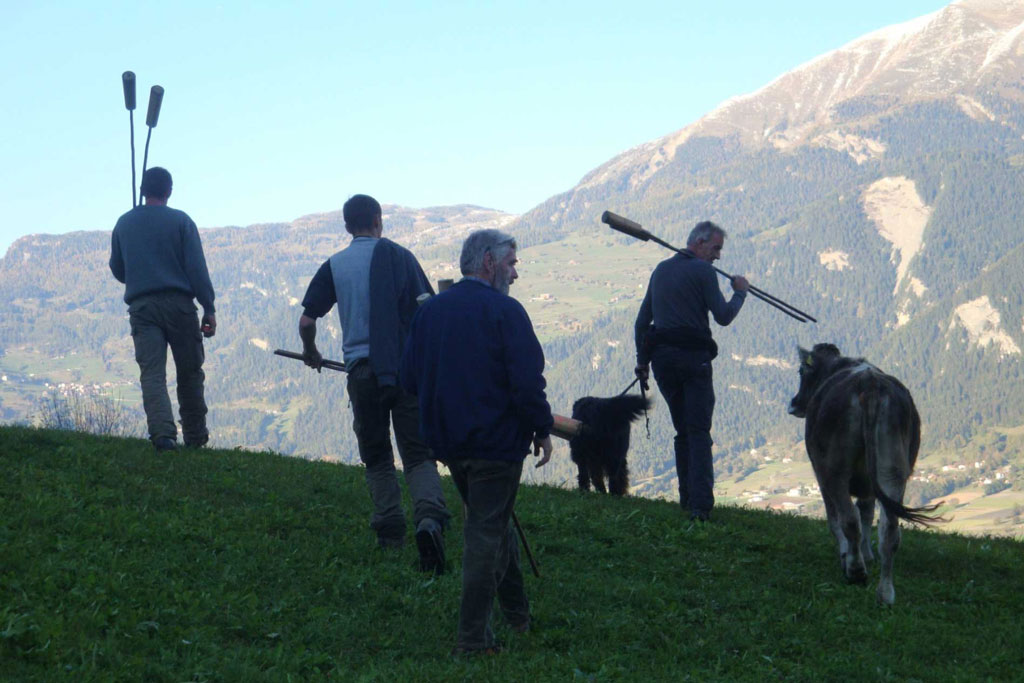 Hürnä is a simple version of the game of Hornussen and is only played in the village of Furna in Prättigau. From the starting bar, players hit the «Huri» (a wooden disc) with a hazel stick, and the catchers try to stop the Huri in the air with shovel-like catching boards. The hitting team gets one point for every Huri that the defenders fail to catch; they score two if the Huri hits a member of the defending team.

Mazza Cula is a sort of alpine golf, introduced in Masein am Heinzenberg about forty years ago by newcomers from Tschappina. The Mazza, or club, is a wooden stick with a wooden block at its tip. The ‘Cula’, or ball, is a coloured wooden darning egg with a diameter of 5 cm. Two teams, each comprising two or three people, compete against each other. Instead of aiming for a hole, players attempt to hit a stone, a tree or a pole. The team that hits the target with fewer strokes scores a point. The losers have to pay the winners 20 rappen for every point they win by.

Both Hürnä and Mazza Cula are played in spring when the snow has melted and in autumn when grazing has finished. Players are not members of a club, but are local men and boys from Furna or Masein and Flerden, and may include ‘homesick natives’ returning home from other areas. Depending on whether they fancy a game and on the weather, players meet on the playing field on a Sunday afternoon or a national holiday.