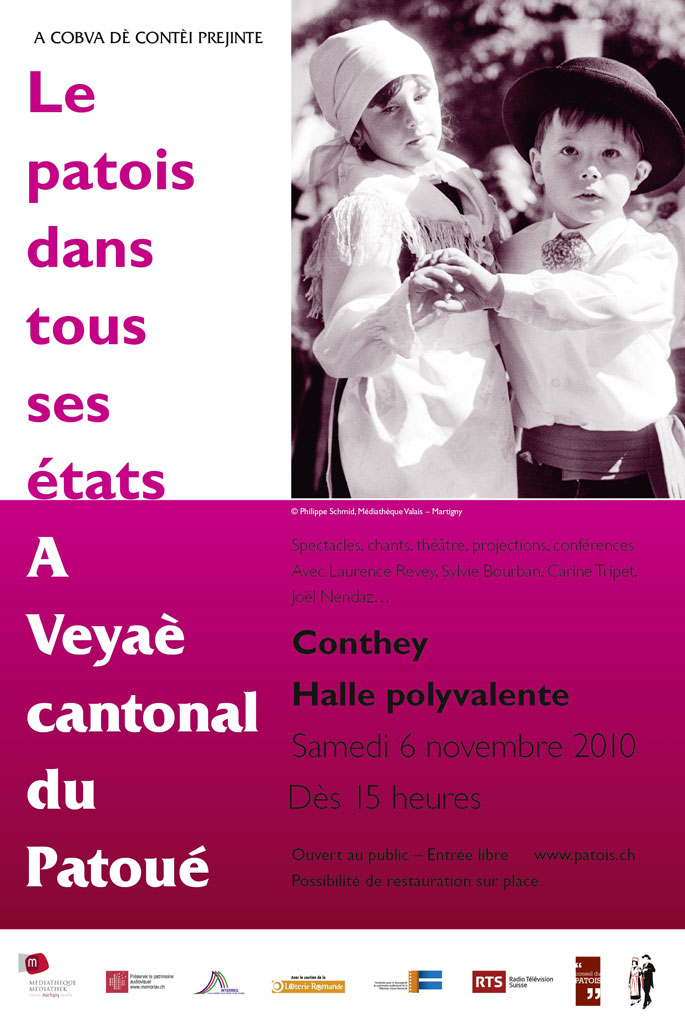 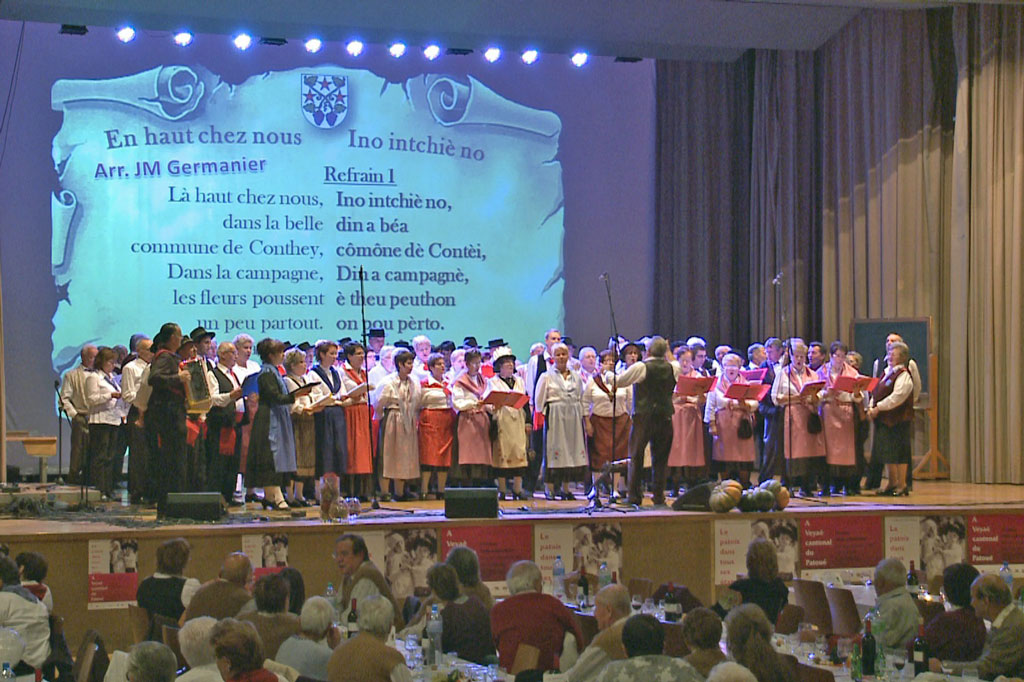 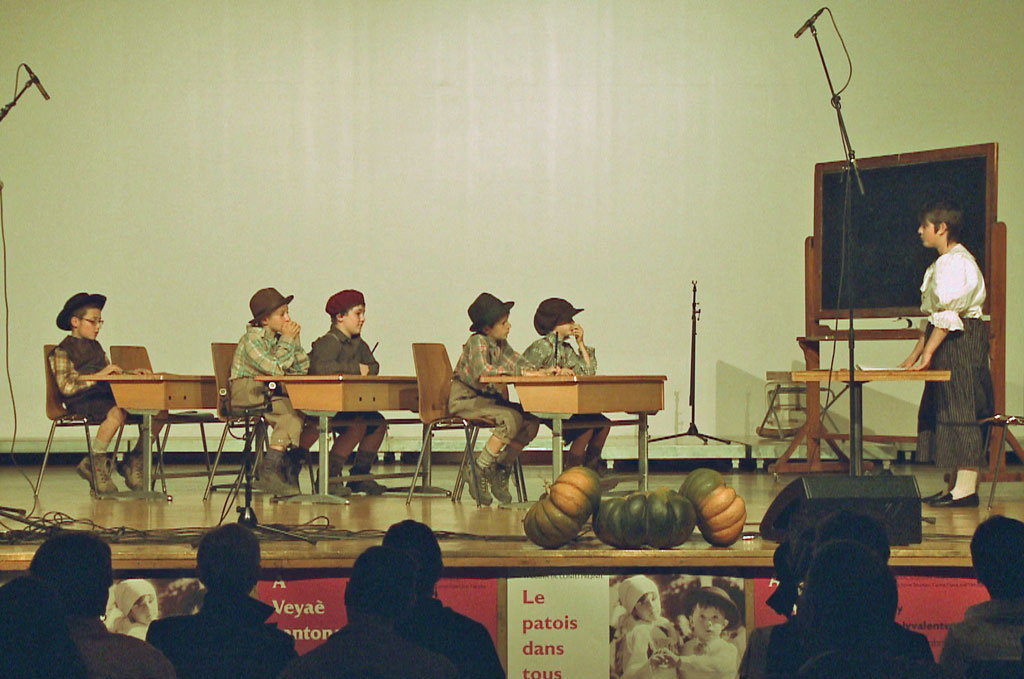 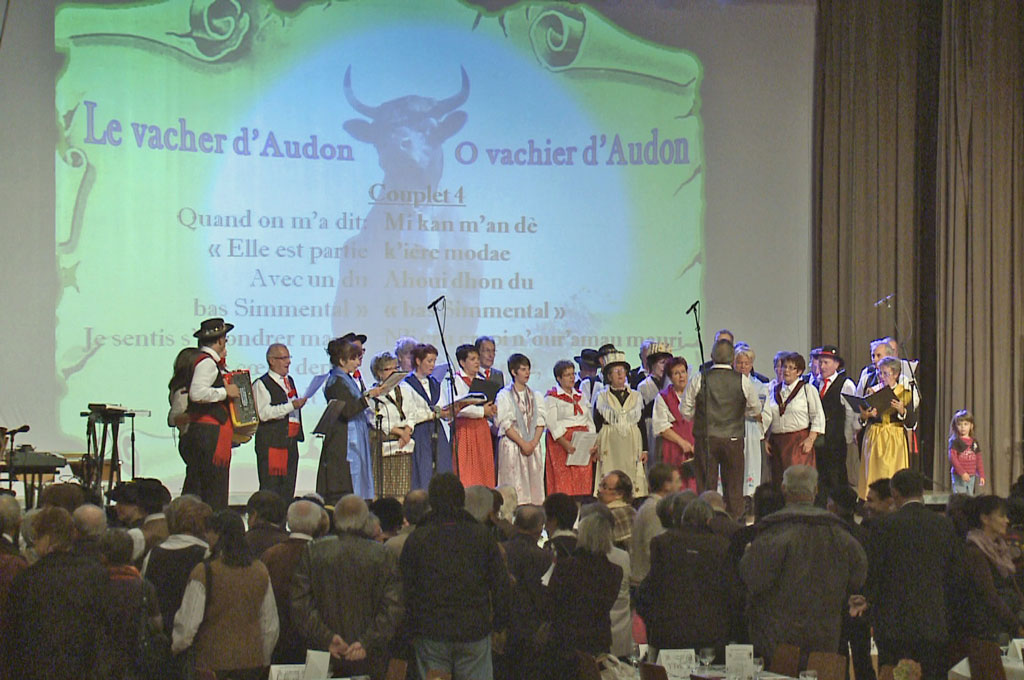 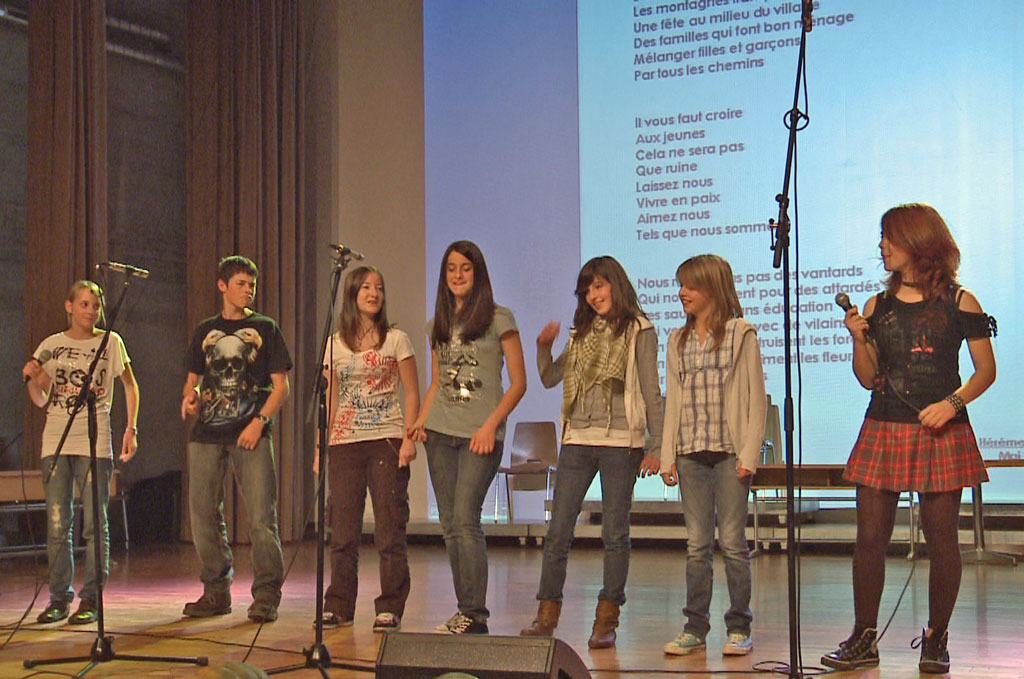 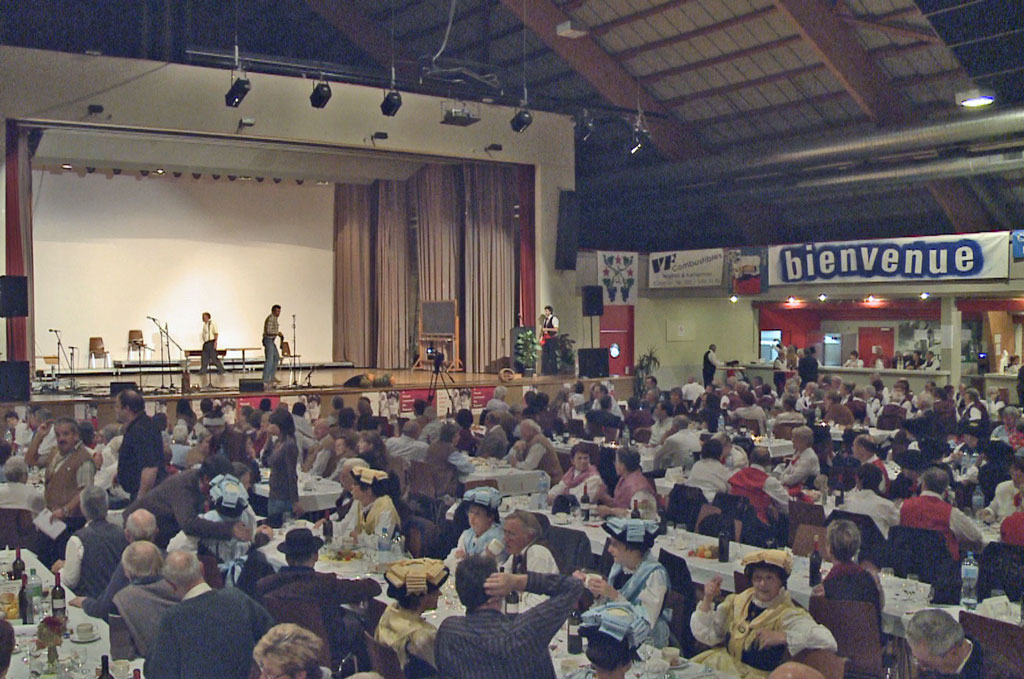 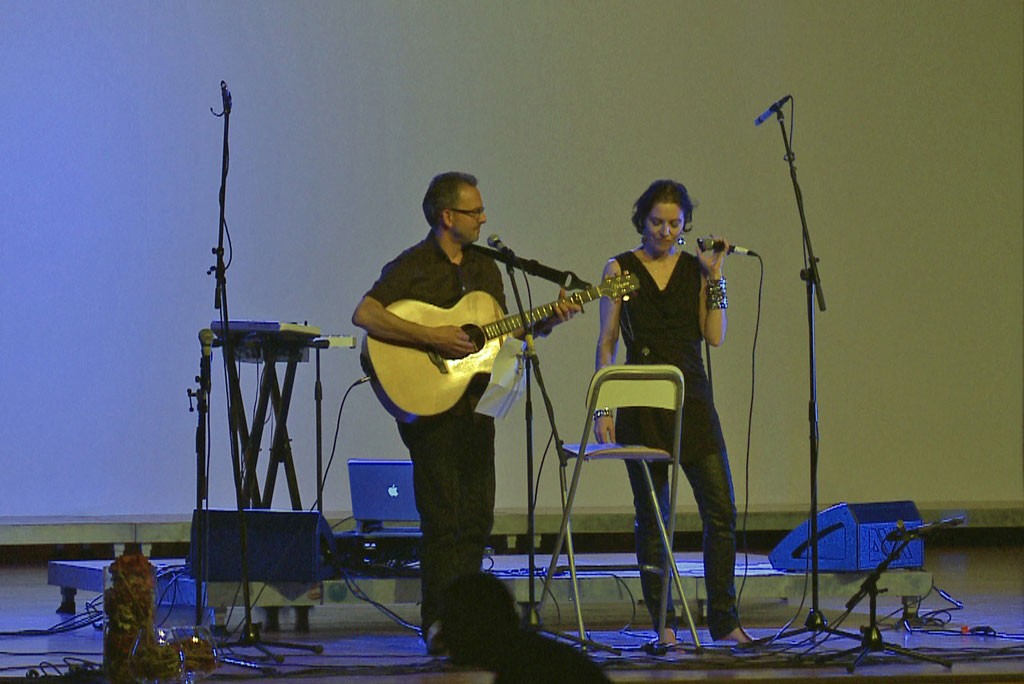 Essentially a spoken language, Lower Valais patois is part of the extensive family of Franco-Provençal languages. This category of dialects is limited to a specific geographical area, confined by the Oïl languages (north and west), the Occitan dialects (south and southwest), German (east) and Italian (south). Traditionally, patois is spoken only in the home and in local agriculture. On occasion, the diversity of Lower Valais vernacular makes it difficult for patois speakers from different parts of the region to understand one another. Although the modernisation of the Lower Valais has hastened the decline of patois, a group of dedicated enthusiasts work tirelessly to keep it alive, compiling dictionaries, making recordings and staging plays, all in the local dialect. Like Fribourg patois and other French-language dialects spoken in Switzerland, Valais patois has survived thanks to a great many songs and stories handed down from generation to generation. There is also a growing movement of plays being performed in patois by local amateur dramatic societies. Sometimes, with the support of the «Fédération cantonale valaisanne des amis du patois», these societies also perform at special events. Even artists who have not been directly exposed to patois use it in their songs and on tour, helping to preserve this oral tradition. Last but not least, there are the 1529 patois programmes broadcast by «Radio Suisse romande» between 1952 and 1992, which are now available online, bringing it to an entirely new audience.