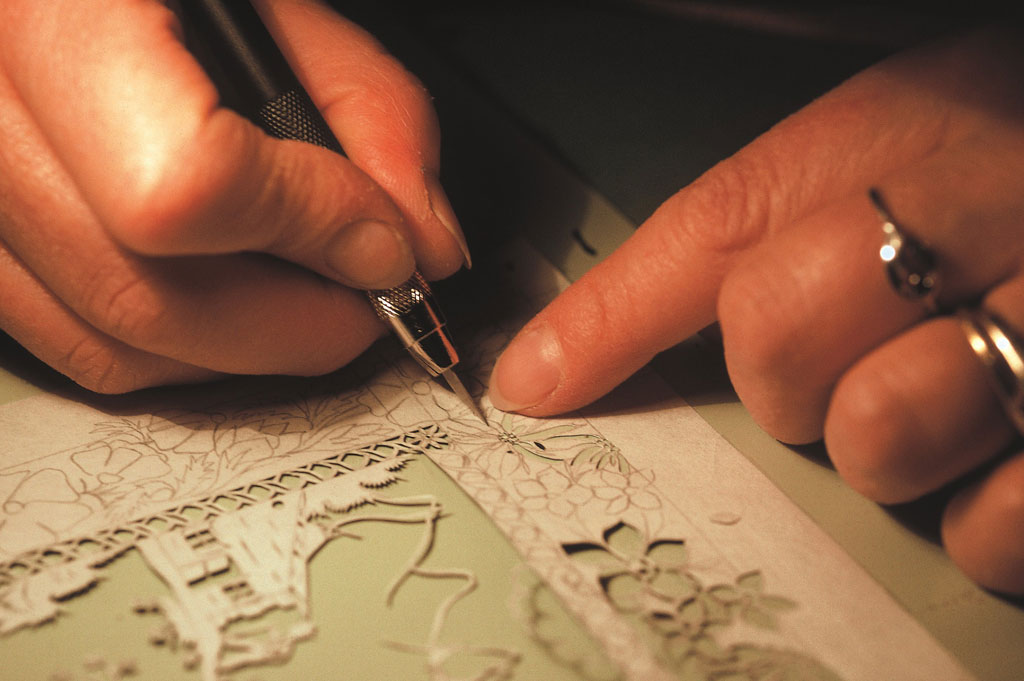 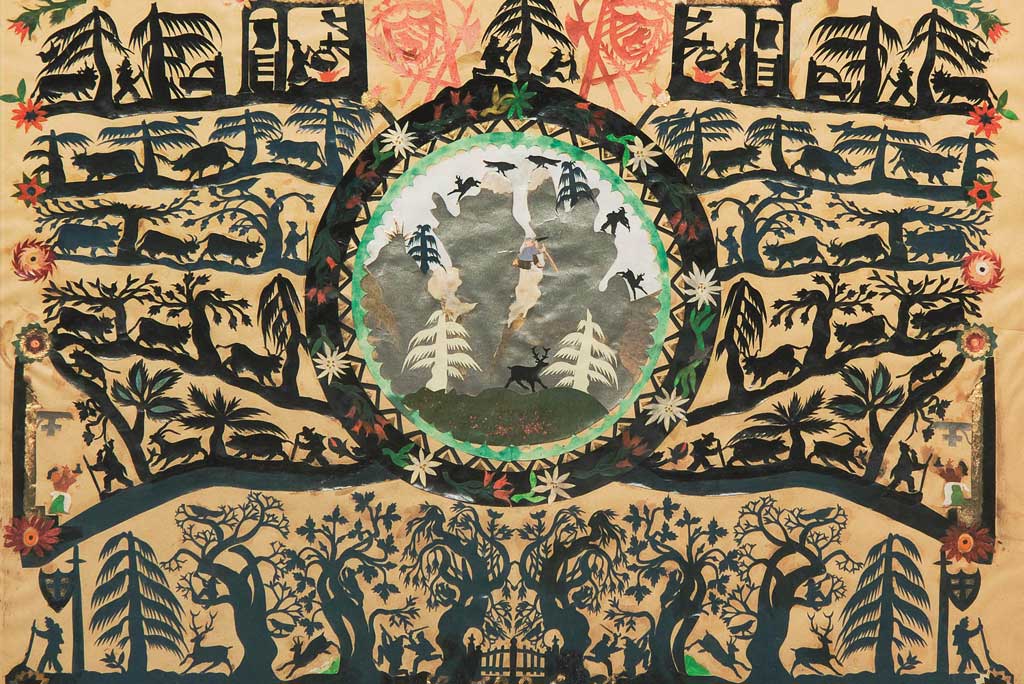 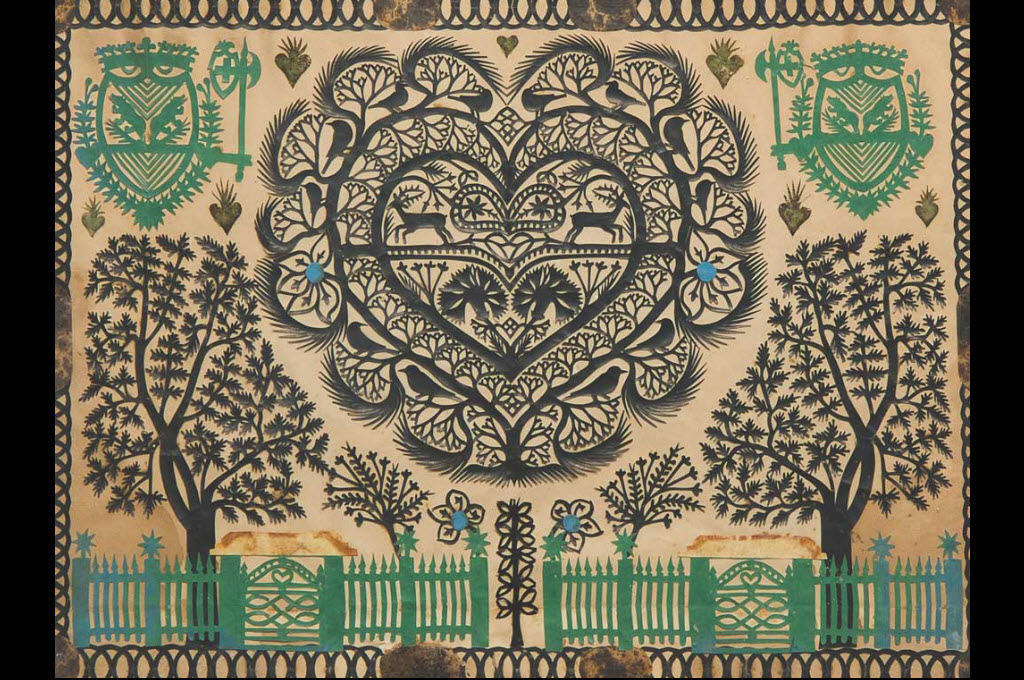 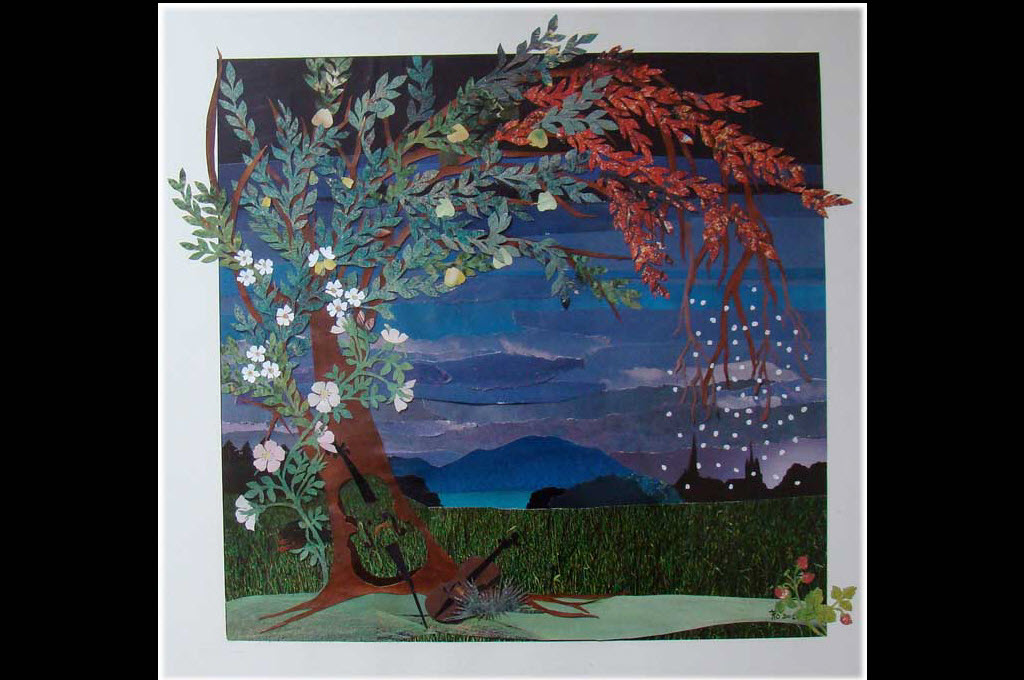 Sometimes, a simple piece of paper can capture all the poetry of alpine traditions. This minor miracle is made possible by the art of découpage, in which lace-like patterns are meticulously cut with scissors or a craft knife. Most often done in a single piece and only in black and white, découpage can nevertheless take on all sorts of shades and forms, sometimes appearing as a collection of papers in different colours that are pasted together. Some artisans are fond of asymmetrical, graphical and abstract motifs. Traditionalists, meanwhile, favour scenes such as a cattle drive or cheese making, representations of the traditional habitat with its wooden chalets and houses, floral compositions or hearts with geometric motifs. In the Pays d’Enhaut region, découpage often depicts symbols of a Swiss idyll after the two great local masters: Johann-Jakob Hauswirth (1809-1871) and Louis Saugy (1871-1953). Découpage inspired by local life has spread from this region to the whole of Switzerland, especially the Saanenland, the Simmen Valley and the canton of Fribourg. There are artists all over the country, however, and their national association (Association suisse des amis du découpage sur papier) now has more than 500 members. Even so, there is still no school in Switzerland teaching this art, so it is very often practised by self-taught independent artisans.