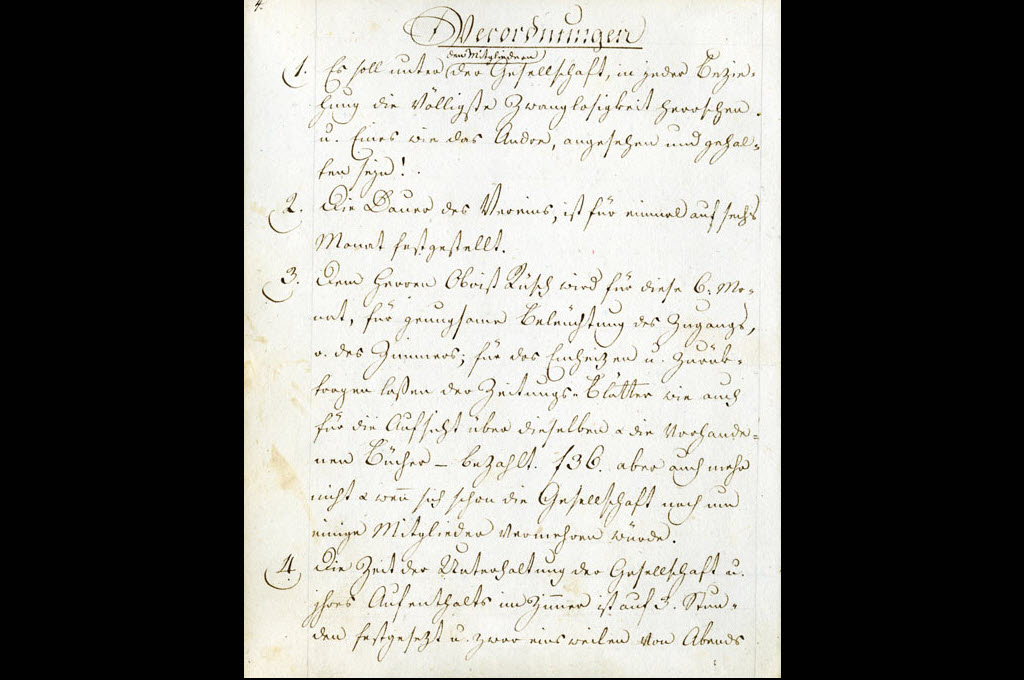 Excerpt from the regulations of the first reading society, the Gesellschaft zur Sonne in Speicher, which was founded in 1820 © Staatsarchiv Appenzell Ausserrhoden 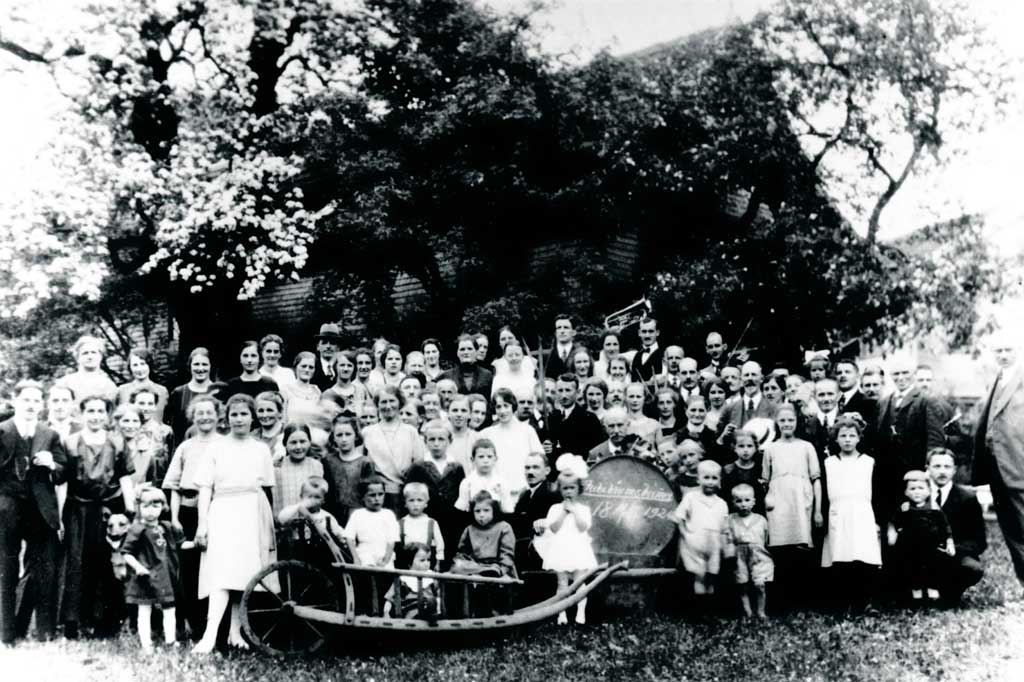 The Mühle reading society in Herisau, on an excursion marking its 50th anniversary, 1924 © In private ownership

The reading societies found in the canton of Appenzell Ausserrhoden are a social construct which dates back to the first third of the 19th century and which, in this form, has disappeared in the rest of the country. In 2017, one or more reading societies existed in 13 of the canton's 20 municipalities. They offer an opportunity for people with varying opinions to get together and exchange their views on matters of general education and usually also on current political issues, thus providing an important boost for the political and cultural life of their communities. They generally distance themselves from the political parties and view themselves as politically neutral discussion, educational and social forums which are not tied to any particular ideology. Their function of public opinion-making distinguishes the reading societies in Appenzell Ausserrhoden from the few remaining reading societies in the rest of Switzerland, which have developed into purely cultural associations. The fact that the Ausserrhoden cantonal parliament has always had a large number of independent members can also be attributed to the reading societies. In the smaller municipalities of the Appenzeller Vorland, the election prospects of candidates for the cantonal parliament often depend largely on securing the support of a reading society.