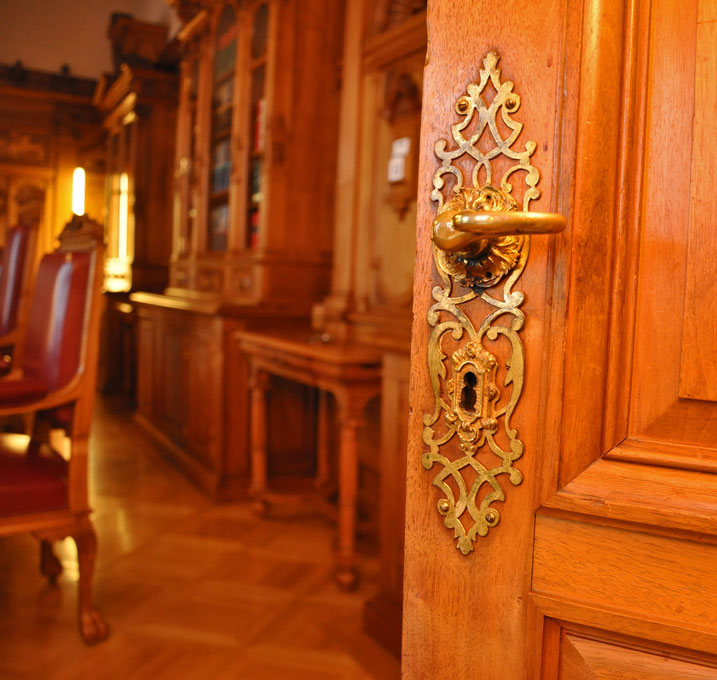 Every Wednesday or Friday, the Federal Council meet behind closed doors. © Bundeskanzlei 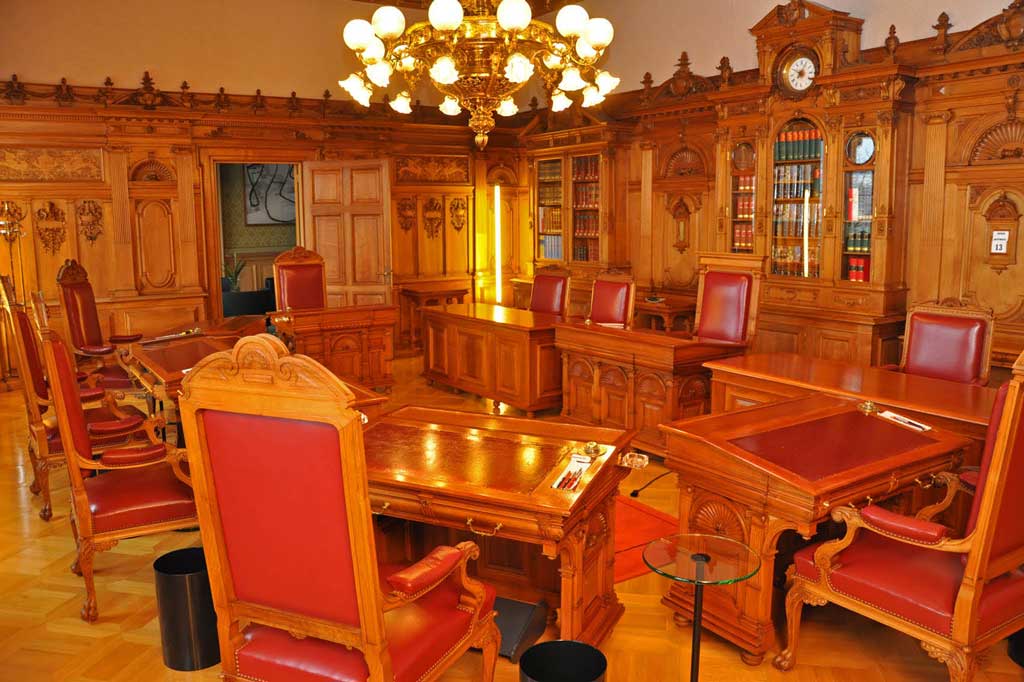 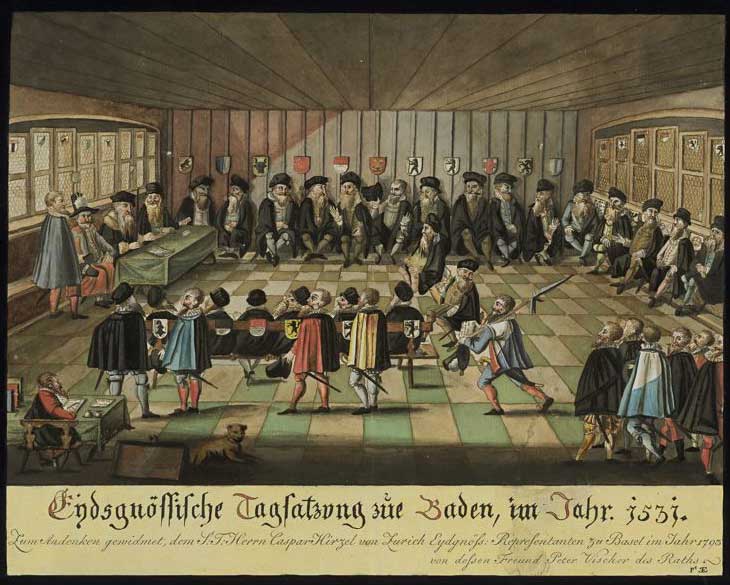 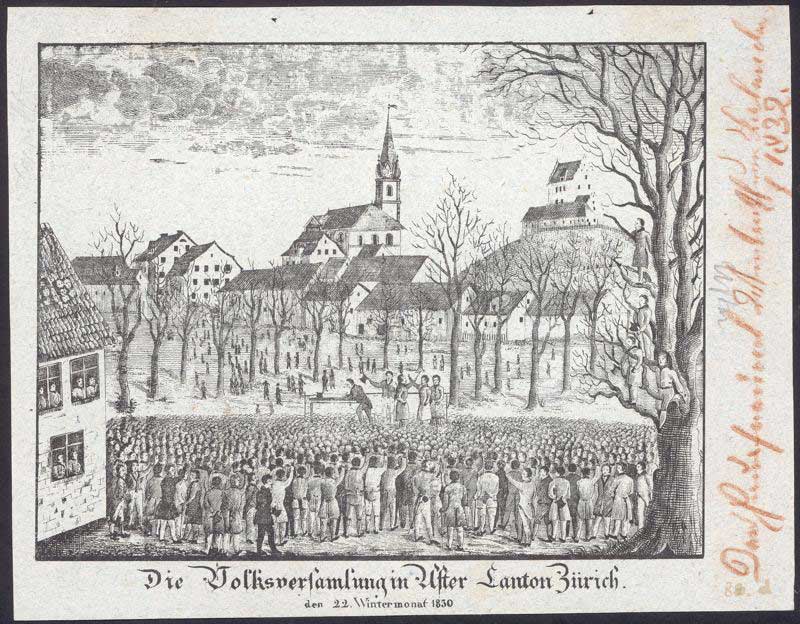 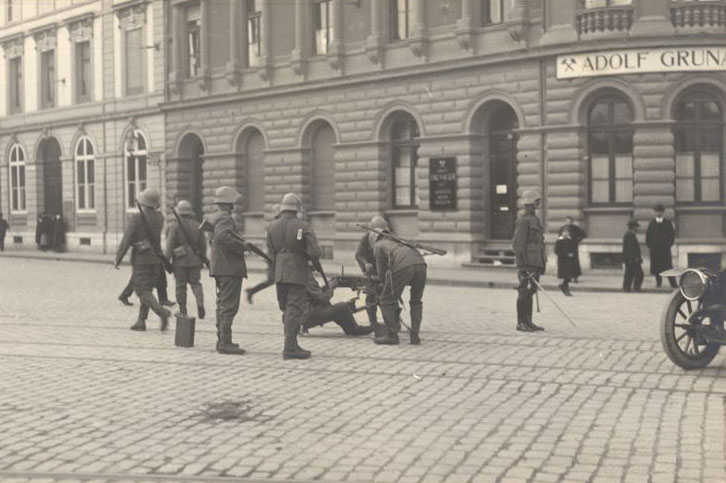 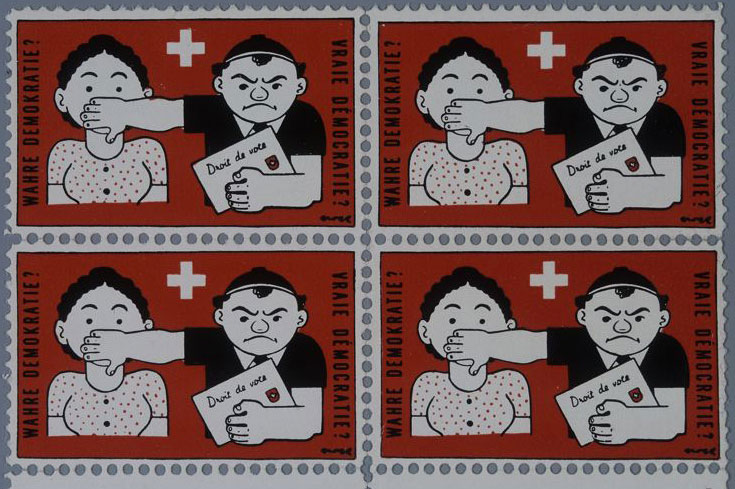 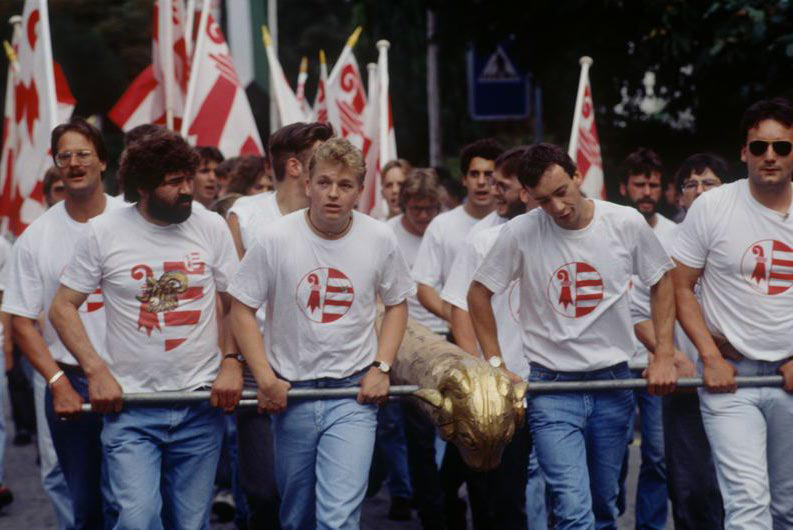 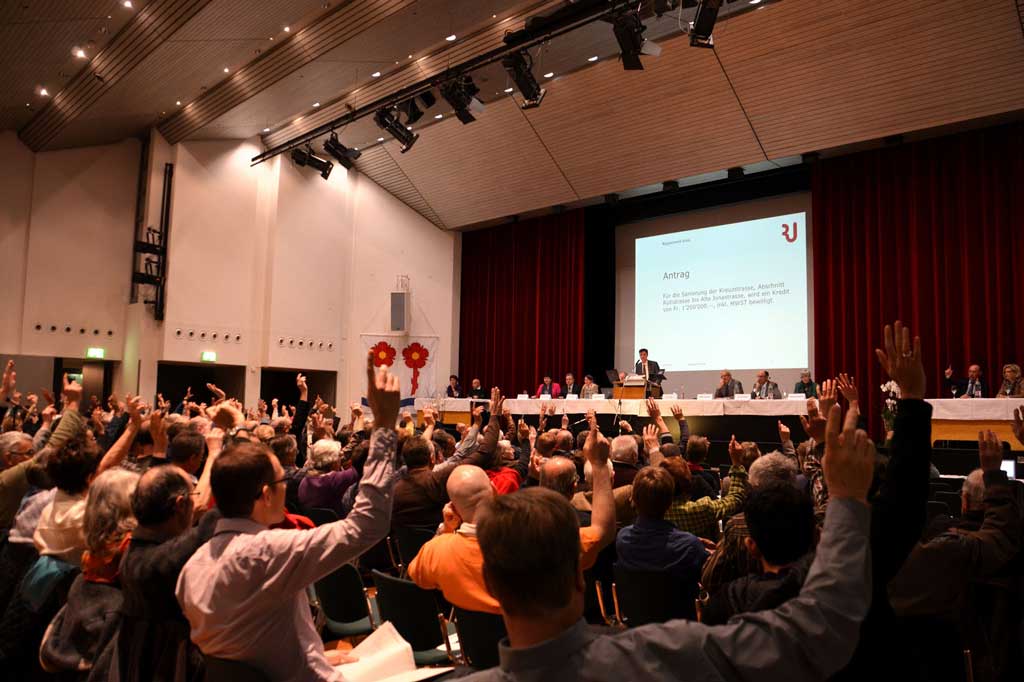 Changing times: In 2011 the debate was launched in Rapperswil-Jona on the creation of a municipal parliament © Willi Meissner/Die Südostschweiz

The cornerstone of peaceful coexistence and effective political institutions is its deep-rooted culture of consensus. In such a system both majority and minority groups should negotiate and determine the way forward, with everyone having their individual voices heard. However, such an approach generally demands a multilayered political decision-making process: exploratory talks, several rounds of consultation, parliamentary debates and, last but not least, the use of instruments of direct democracy. Not even the federal government is exempt from this enduring principle. All decisions issued by the members of the cabinet have been reached collectively and are defended by all in accordance with the principle of “Konkordanz” (collegiality or agreement). However, it is a well-known fact that the road to Konkordanz, which the Federal Constitution does not actually mention explicitly, is not always smooth or straightforward, and in some cases is marked by less than constructive dialogue. Indeed, the great store that the Swiss set by consensus-seeking is also born out of fundamental dissent. Switzerland provides a fertile breeding ground for a multitude of viewpoints and opinions thanks not least to the fact that all seven Swiss cabinet ministers have equal power and that the National Council is elected according to proportional representation. Added to this is the prevailing federalist culture (or “Kantönligeist” [provincialism] as it is referred to by the Swiss themselves), as well as the country’s linguistic, regional and economic diversity. While these factors may hamper the decision-making process, the outcomes are always astonishing and unique. Indeed, the “Inventory of Living Traditions in Switzerland” is a perfect of such an outcome.