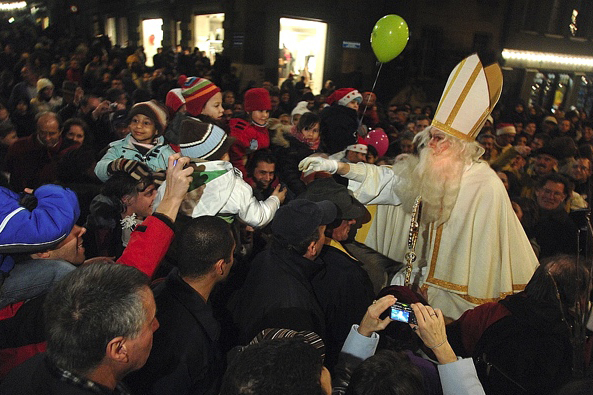 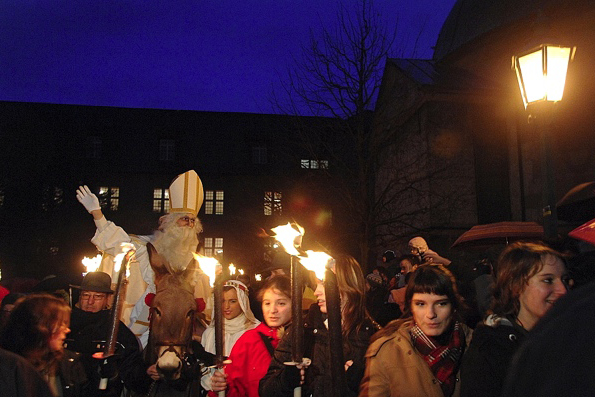 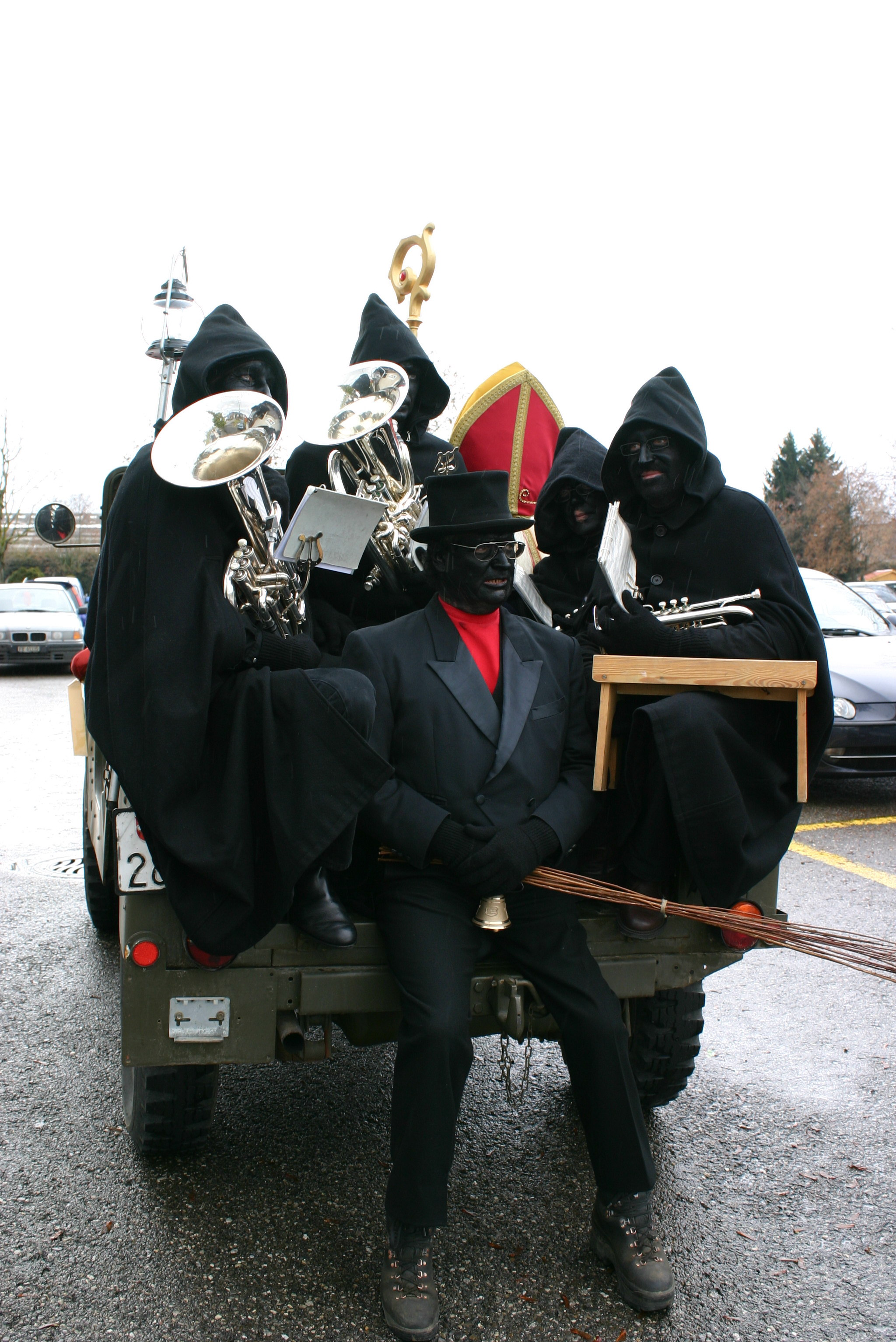 Saint Nicholas aboard a jeep on the streets of Bulle – accompanied by the "Flons-Flons" dressed in black, he goes from house to house to give presents to children © Compagnie de Saint Nicolas, Tretaux de Chalamala, Bulle 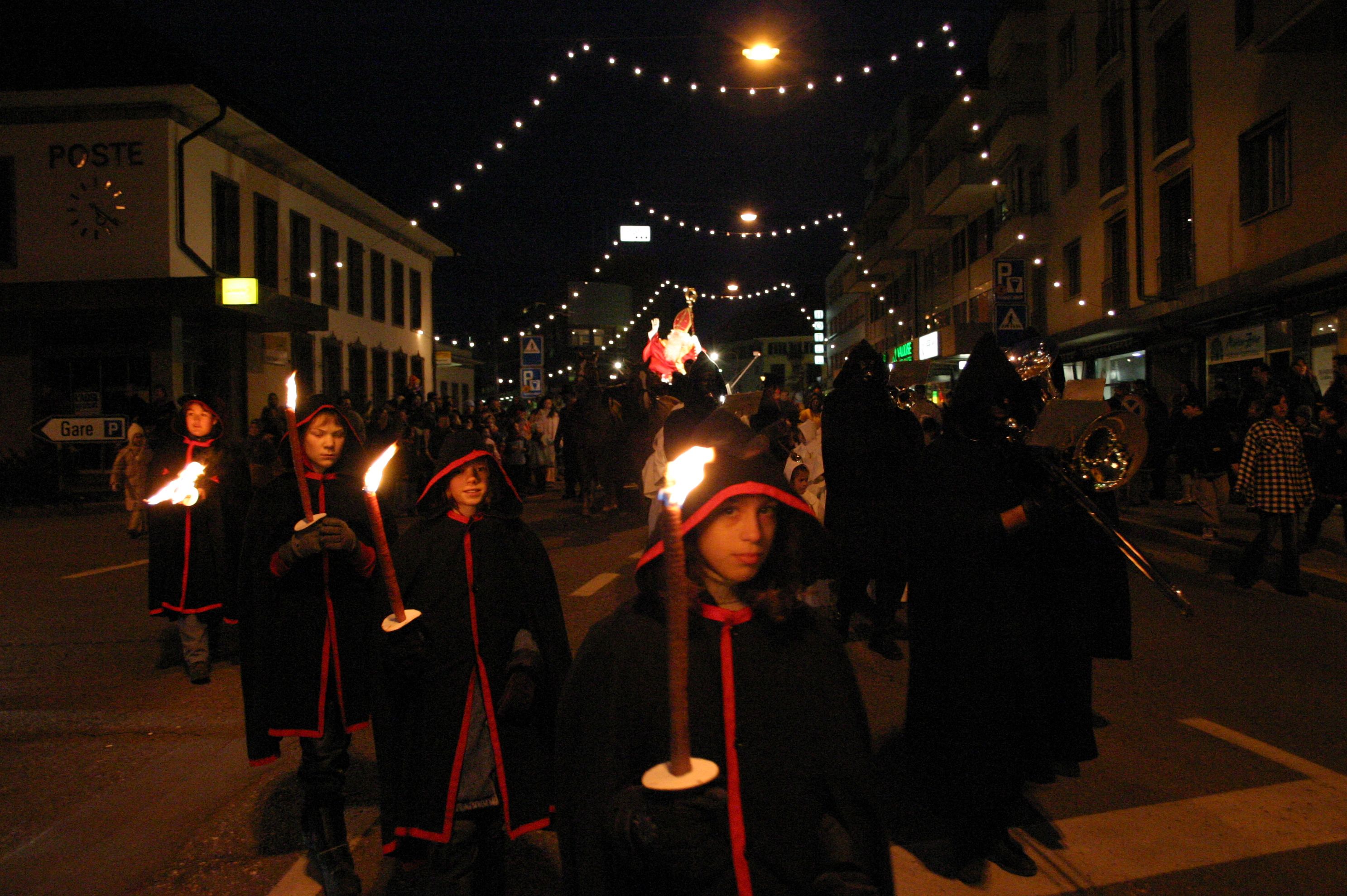 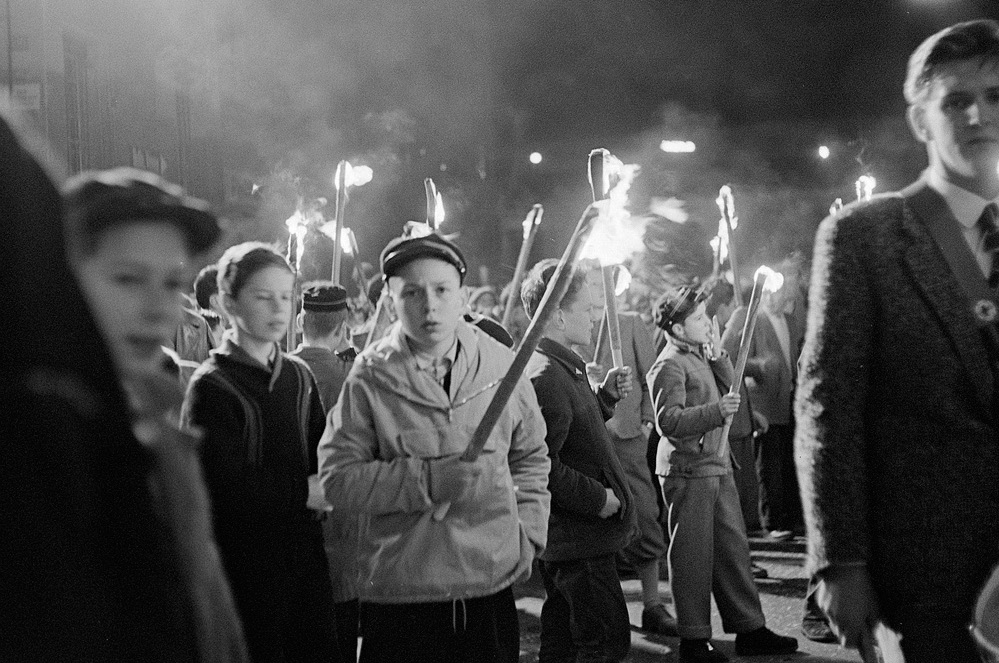 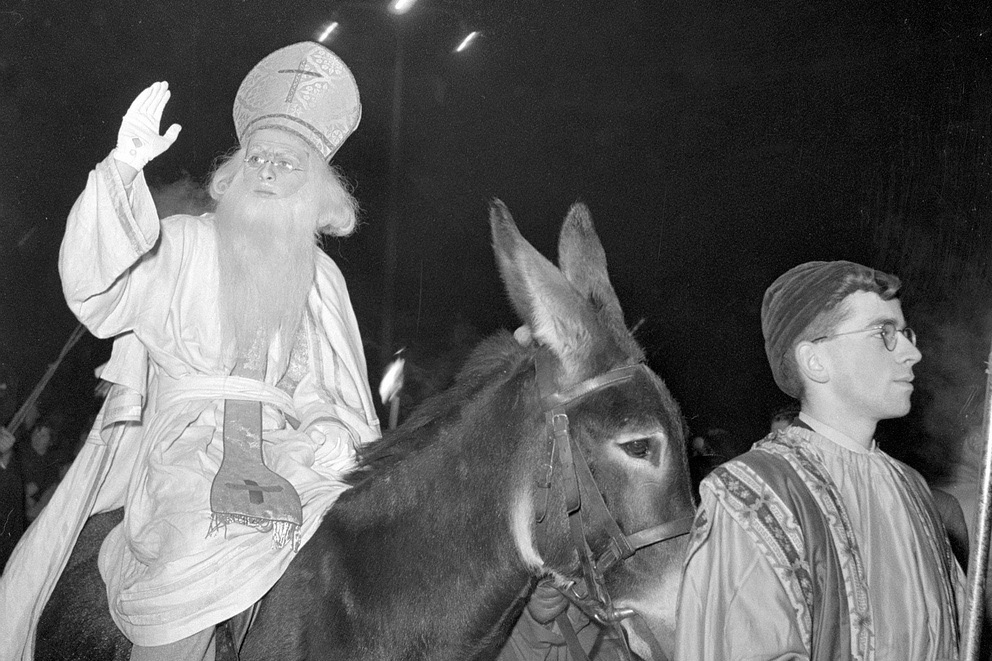 Saint Nicholas on his donkey is the centrepiece of the procession. The role is played by a student. c. 1950 © Fonds Jacques Thévoz/Bibliothèque cantonale et universitaire Fribourg 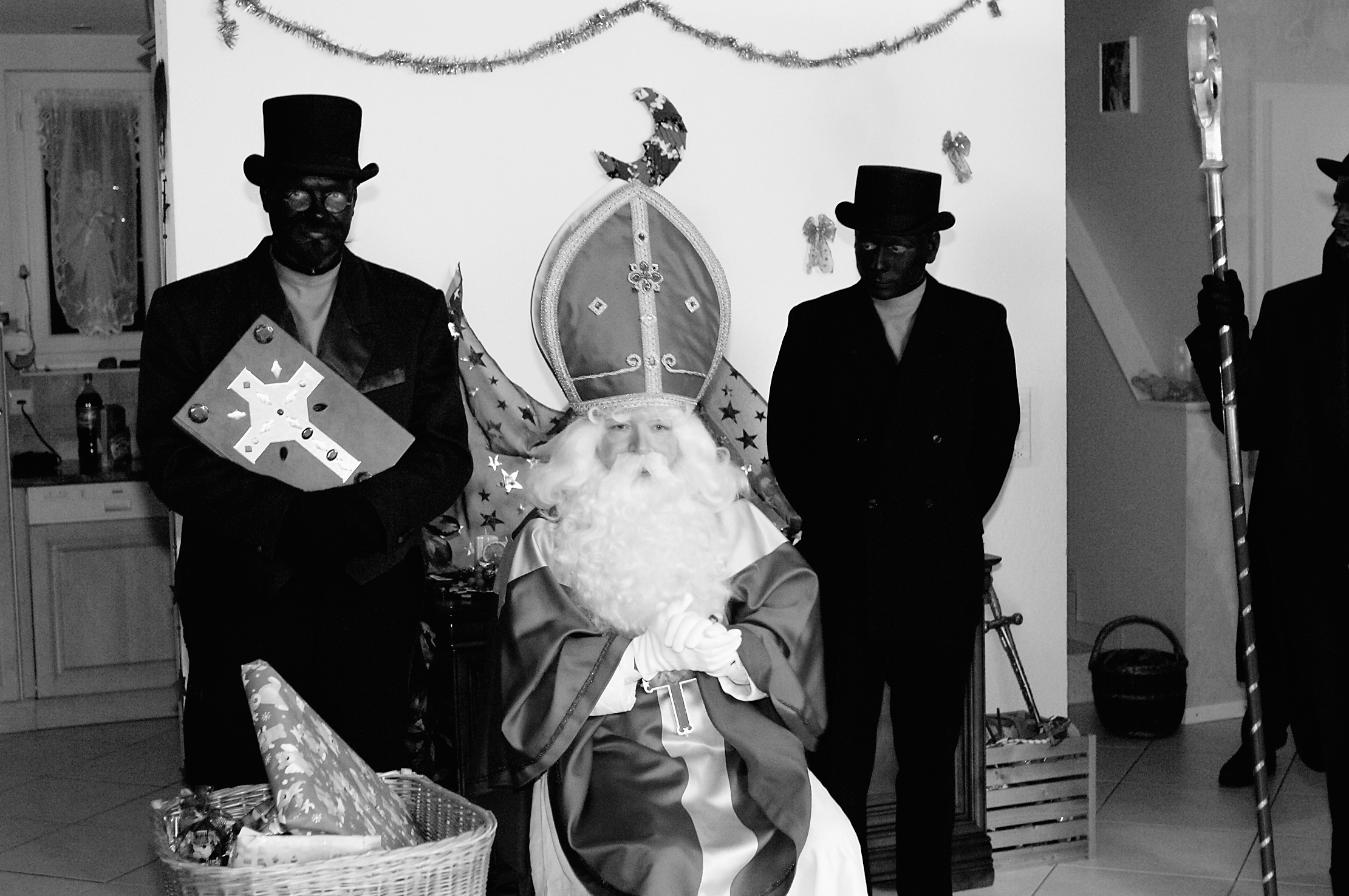 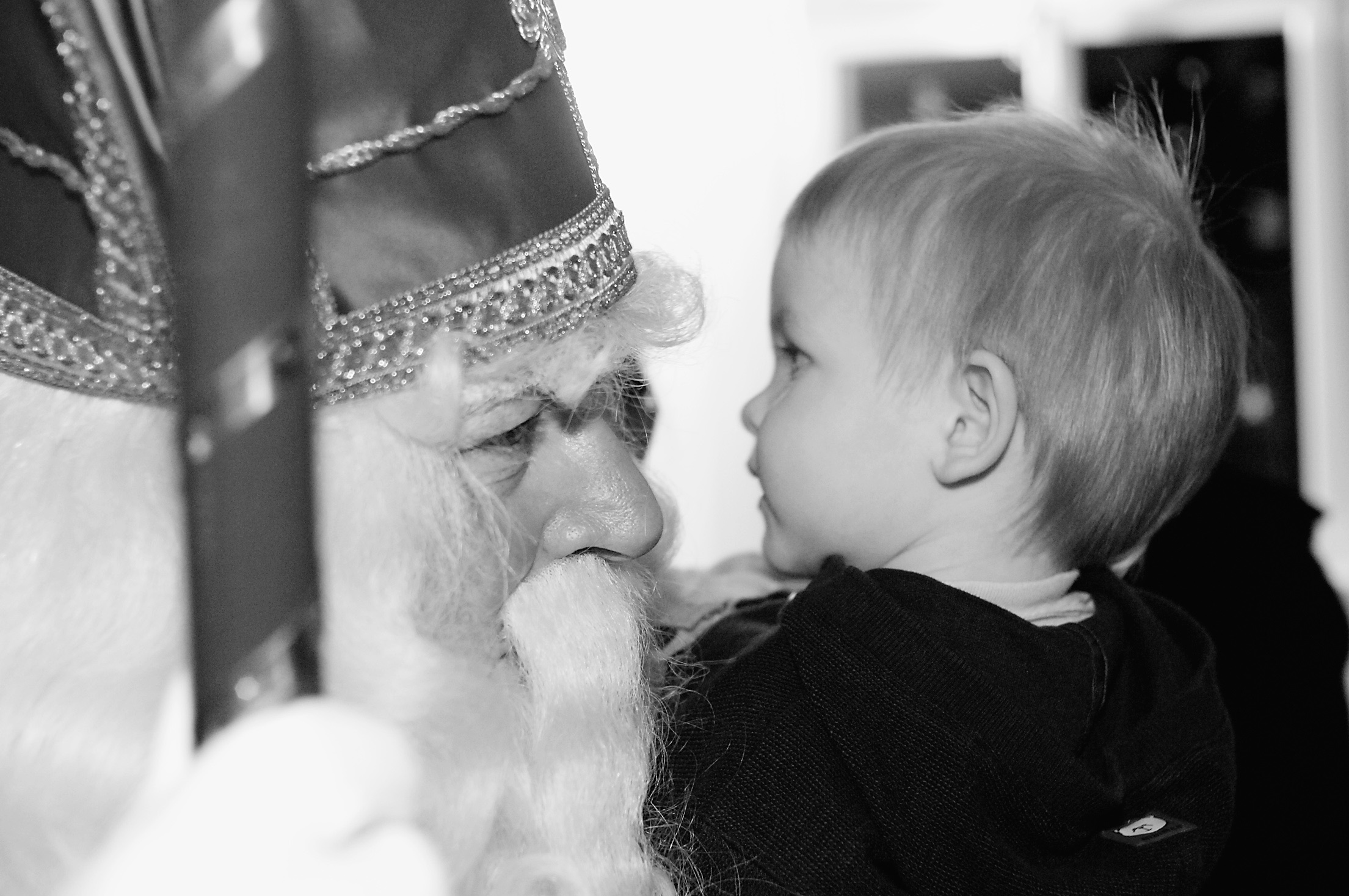 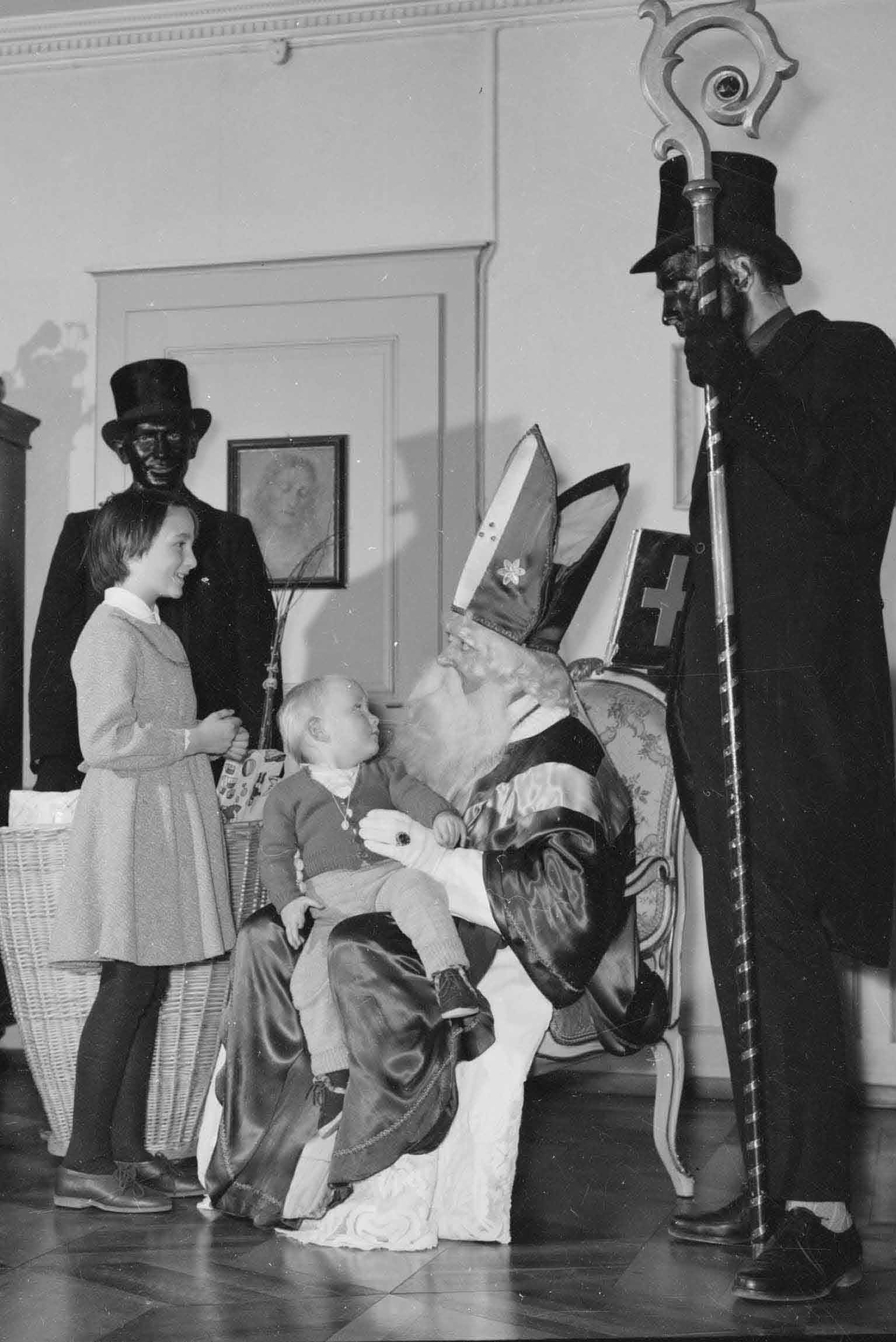 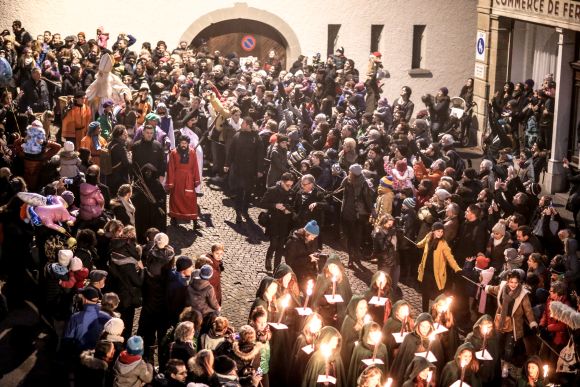 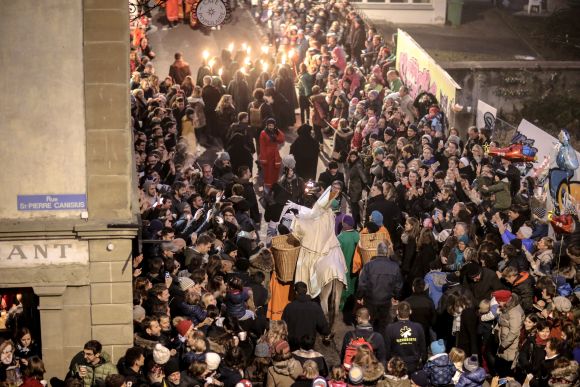 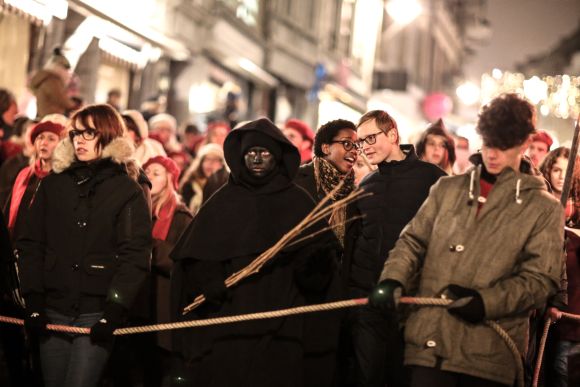 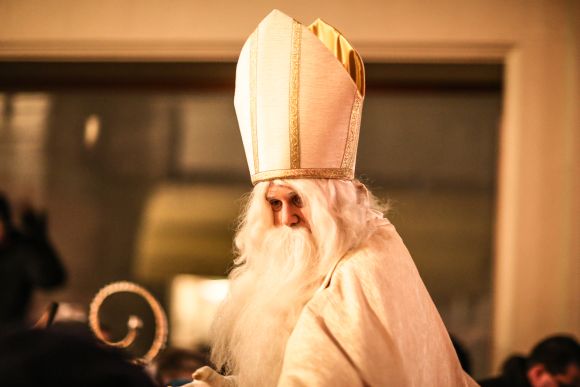 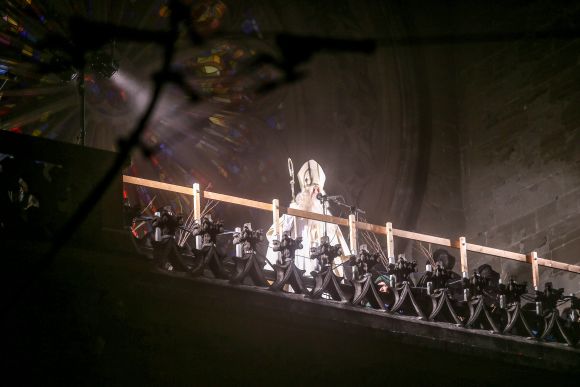 Every year on the evening of the first Saturday in December, Saint Nicholas rides into Fribourg on his donkey, escorted by a procession of musicians, singers and “Whipping Fathers”. The snowy-bearded saint wears a mitre and white silk robe as he makes his way through the town, accompanied by flaming torches and ringing bells, before taking possession of his cathedral once more. He ascends the tower to address the crowd of almost 30,000 that gathers in the surrounding streets and squares, where a festive fair has been in full swing – and mulled wine has been flowing freely – since the morning. This is a day for Fribourg natives of all ages, many of whom have returned to their home town for the occasion, to recapture a small part of their childhood. Saint Nicholas, the patron saint of children, visits families in a number of areas to reward children who have been good with a gingerbread man in his image and punish those who have not by leaving them at the mercy of the Whipping Father.

In its current form, revived in 1906 on the initiative of a group of schoolchildren, the Fribourg festival of Saint Nicholas is organised by Saint Michael’s school. The pupils, their teachers, the city council and the church all play a part. Such is the success of the festival that reality and fiction seem to blend into each other these days as the genuine bishop officially welcomes the pretend one under the cathedral’s porch.

Saint Nicholas pays a visit to a family in Bulle (Carrefour, 6 December 1965) - RTS