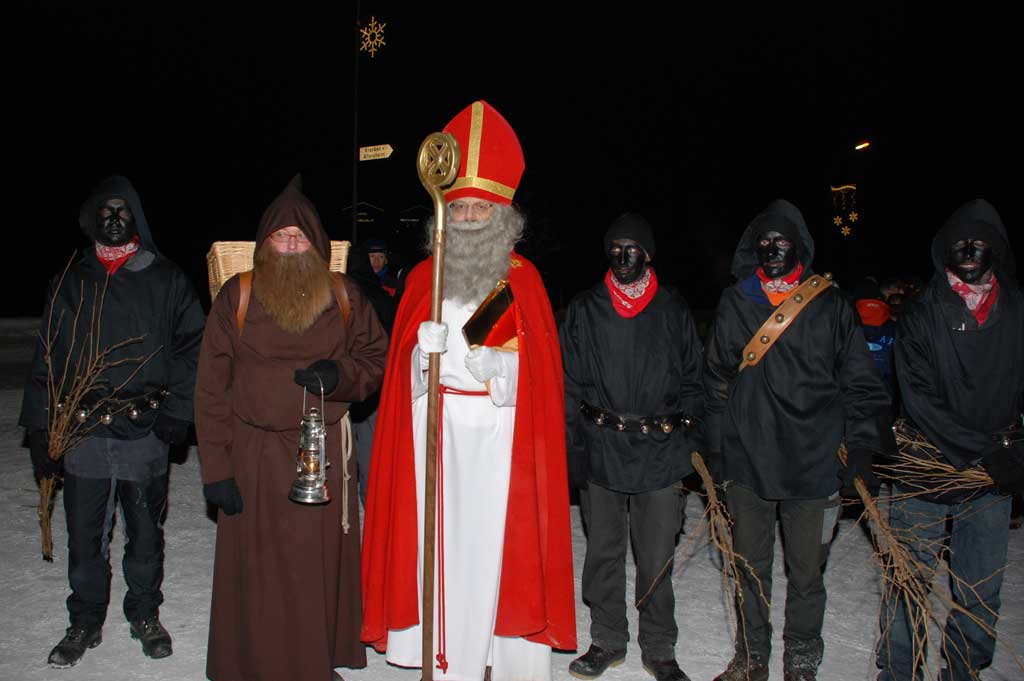 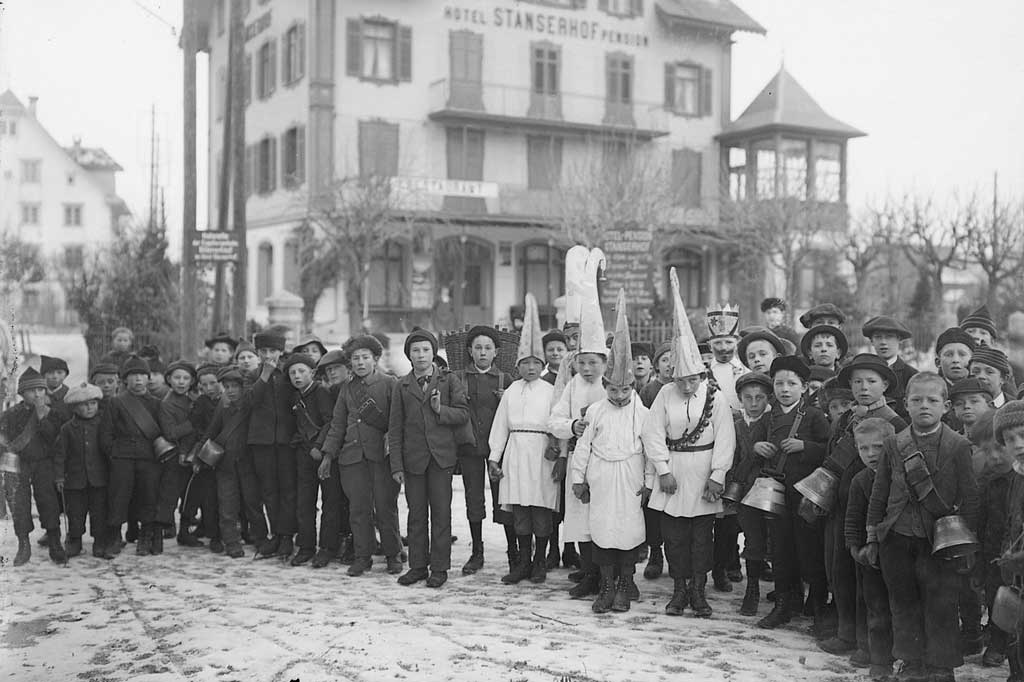 Schoolboys with cowbells on a Santa Claus procession in Stans. At the centre are the Geiggel (wearers of decorative headpieces typical of the area). Around 1900 © Staatsarchiv Nidwalden 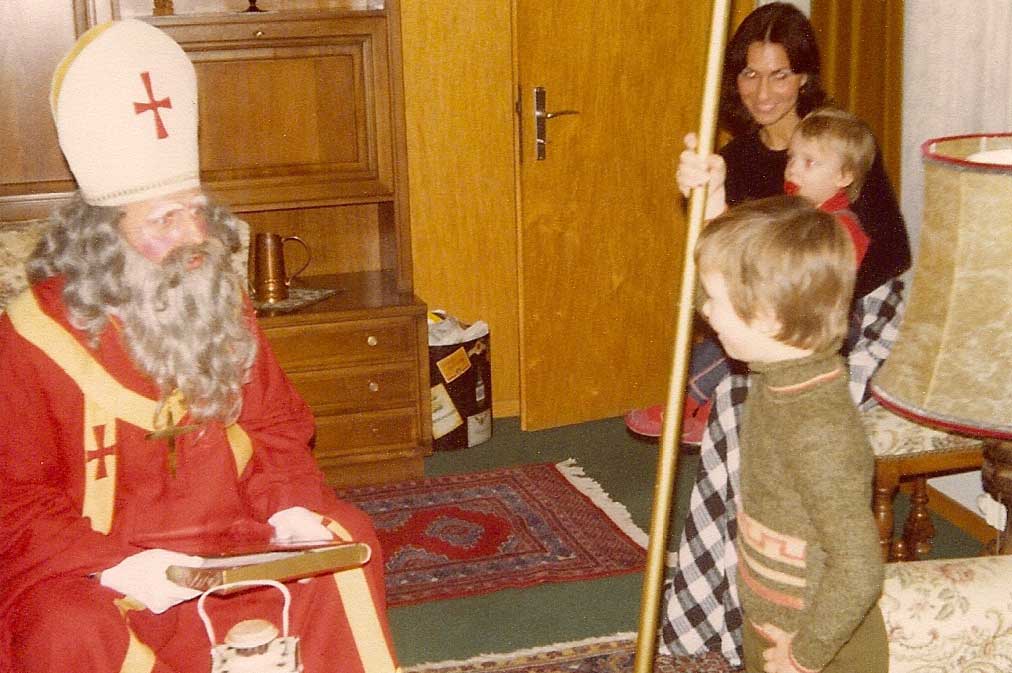 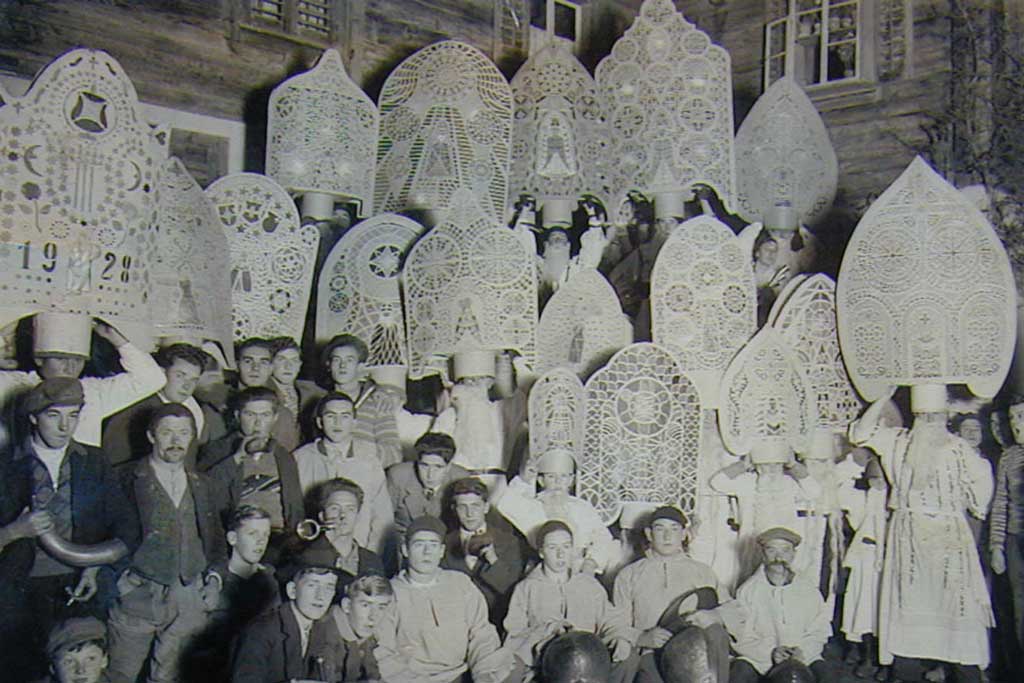 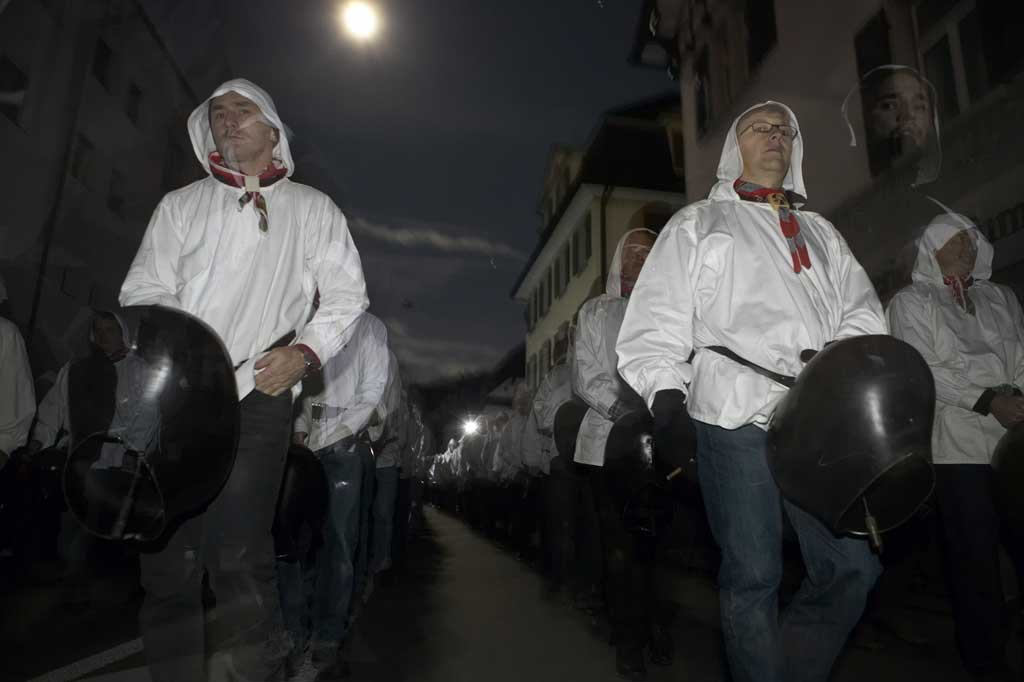 Procession of a thousand bell-ringers during the «Klausjagen» celebrations in Küssnacht, 2008 © Alex Dietz/St. Niklausengesellschaft Küssnacht 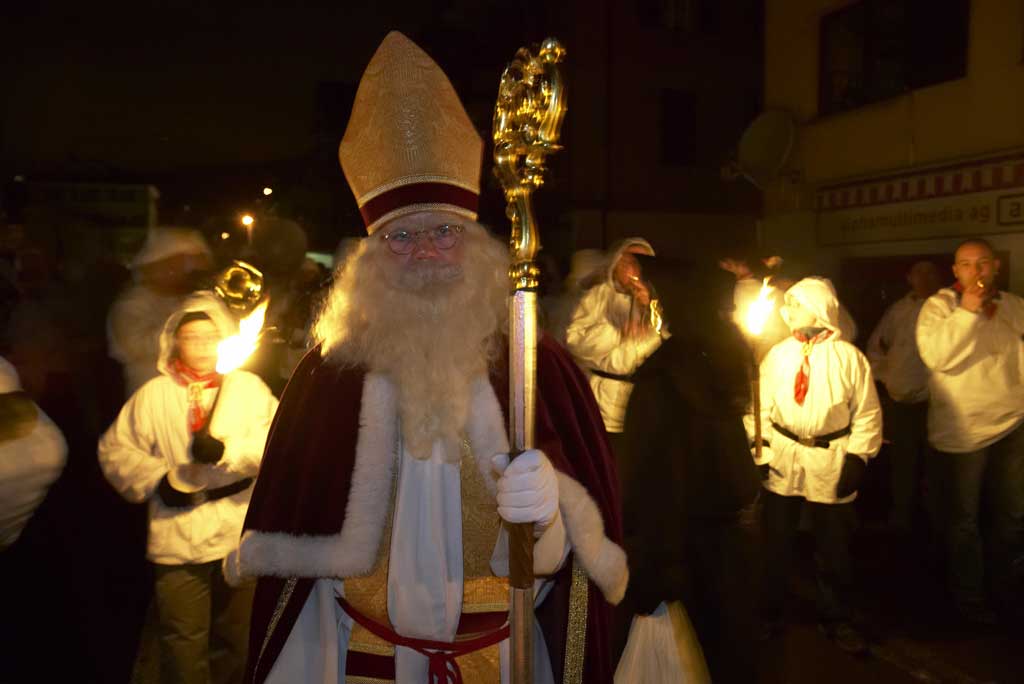 Samichlaus illuminated by the light of the torches during the procession in Küssnacht, 2008 © Alex Dietz/St. Niklausengesellschaft Küssnacht 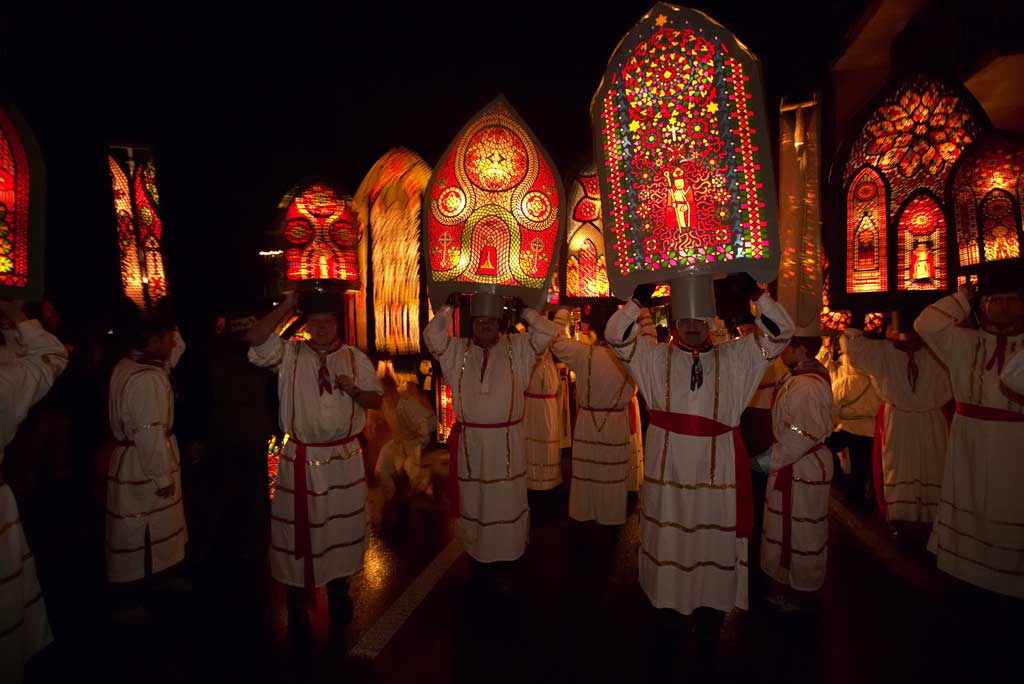 The traditional figure of 'Samichlaus' (Santa Claus) is omnipresent in Central Switzerland on 6 December and the days before and after. In many places he visits the homes of families with children, the headquarters of local associations and retirement homes. Numerous villages also hold a Santa Claus procession, which is usually specified, depending on the location, as his arrival or the commencement of his tour of the village. Clad in red, Santa Claus follows a fixed route around the village, accompanied by Trychler (cowbell ringers), Geisselchlöpfer (whip-crackers) and bearers of lanterns, torches andIffelen(a type of elaborately decorated lantern). In addition to his helpers the Schmutzli, who are cloaked in dark cowls, his closest companions often include a donkey, or, more rarely, a pony, and on occasions servants and angels. Santa Claus usually travels on foot, but in a few places he prefers to get around by horse, horse-drawn carriage or even boat. These processions have their origins in the bishop's plays performed by monastery pupils in the late Middle Ages that gained popularity throughout central Europe. The most well-known and high-profile event in the Santa Claus tradition is the Klausjagen procession in Küssnacht am Rigi.

Klausenjagen in Küssnacht am Rigi