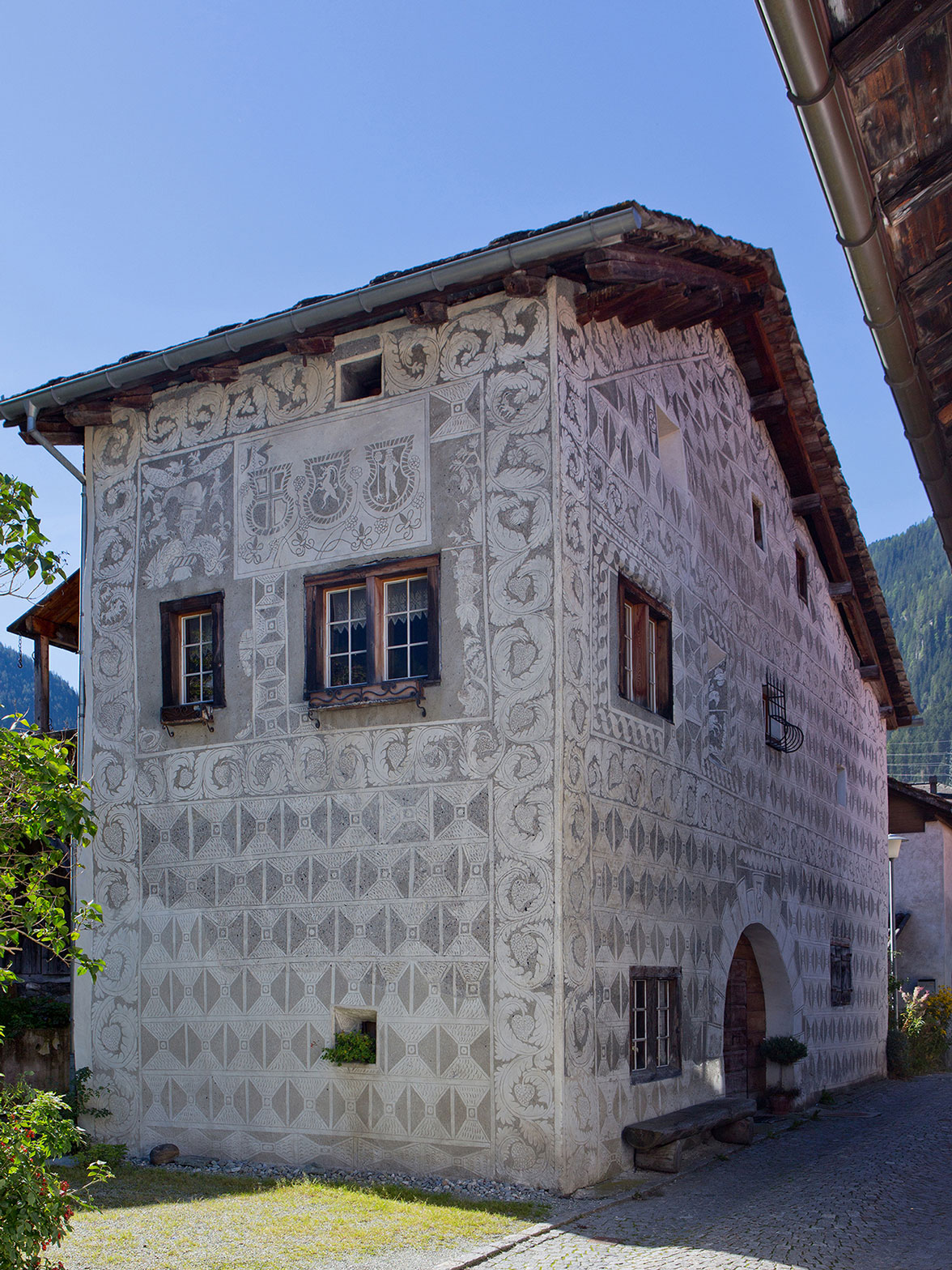 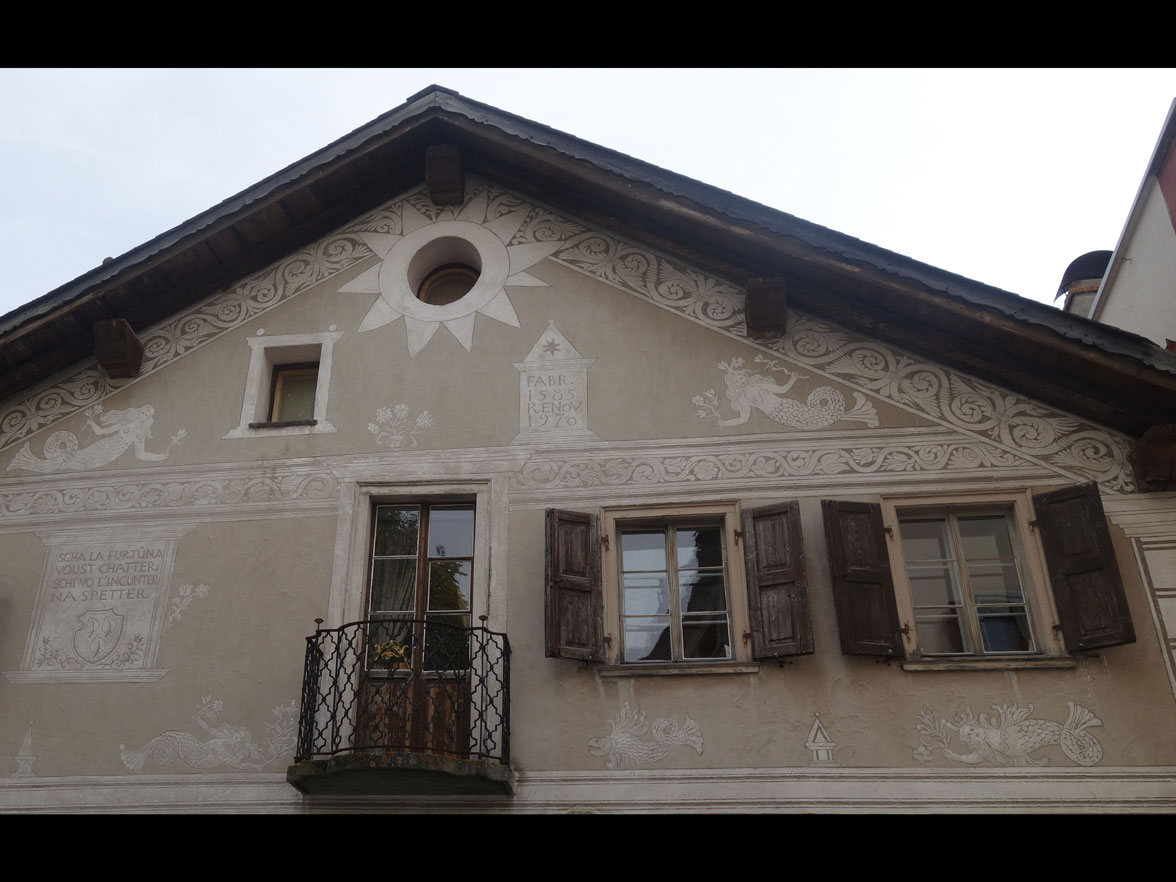 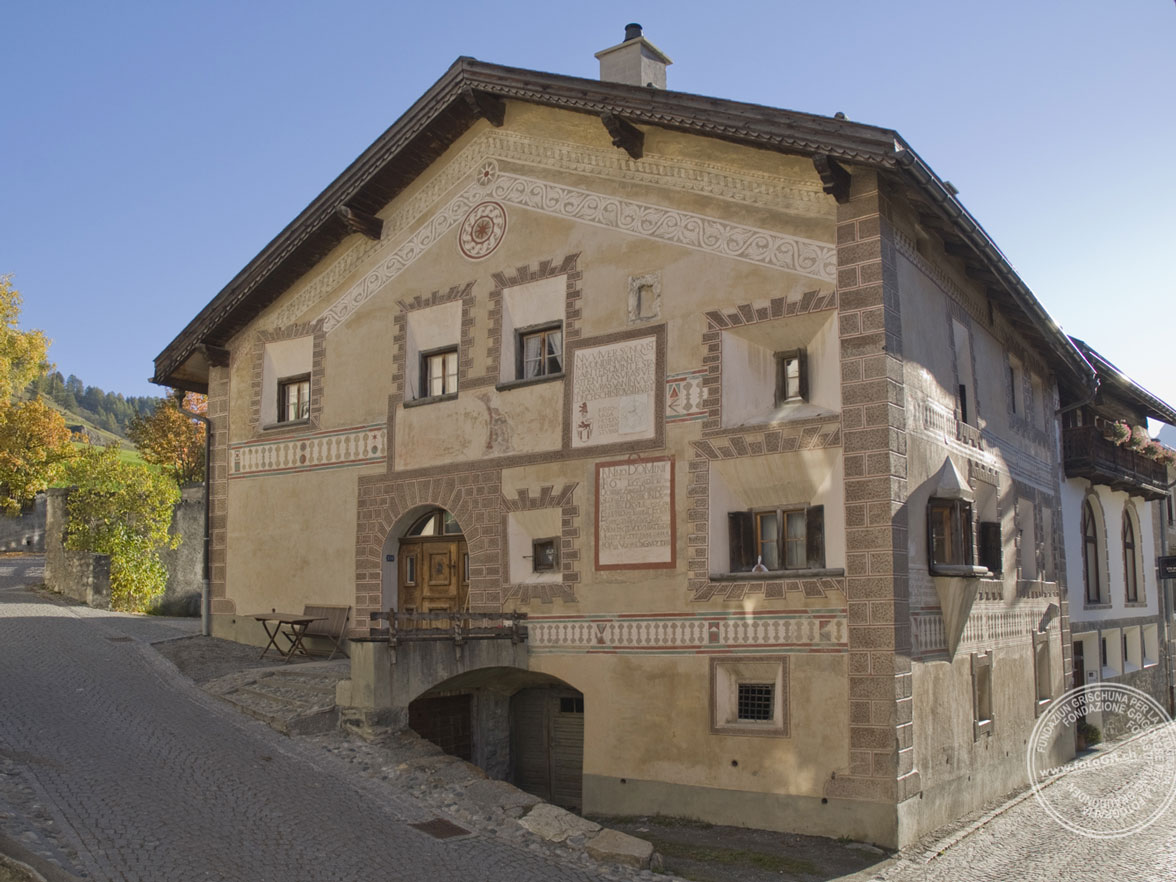 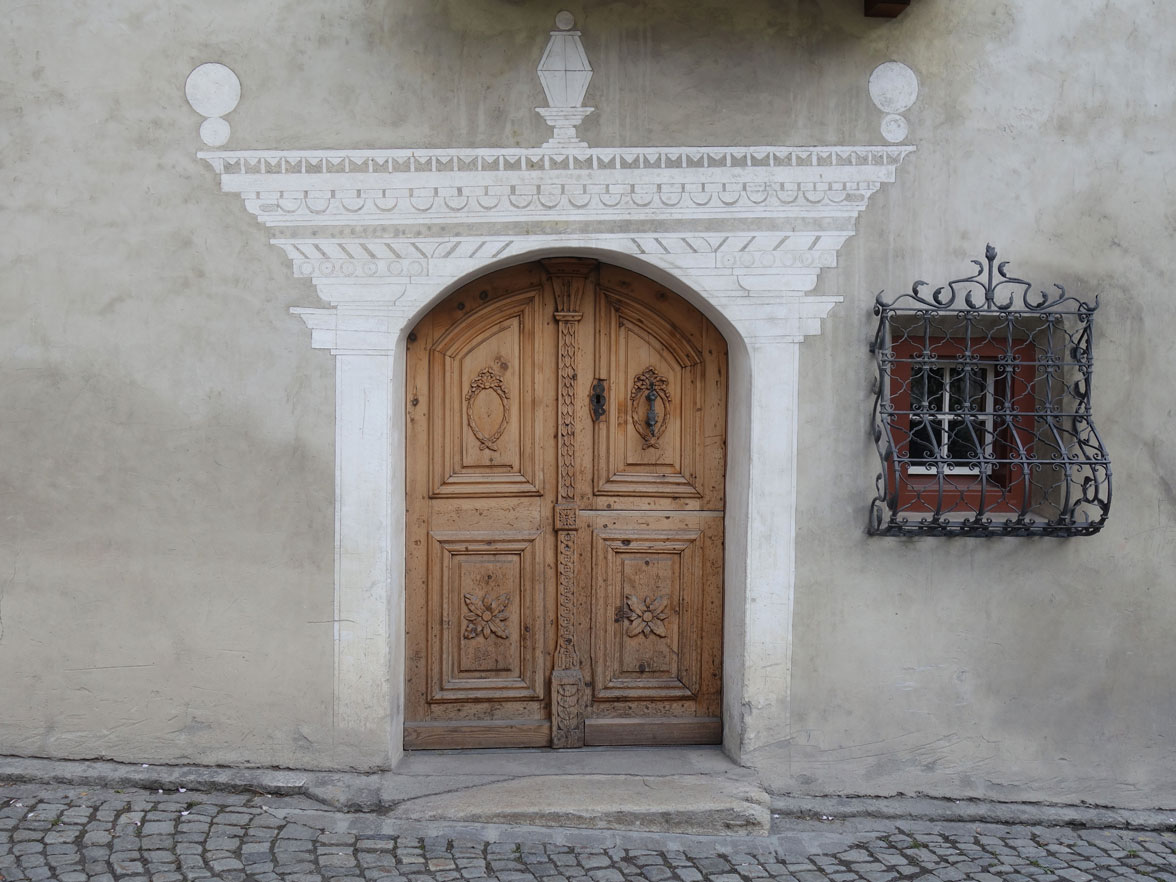 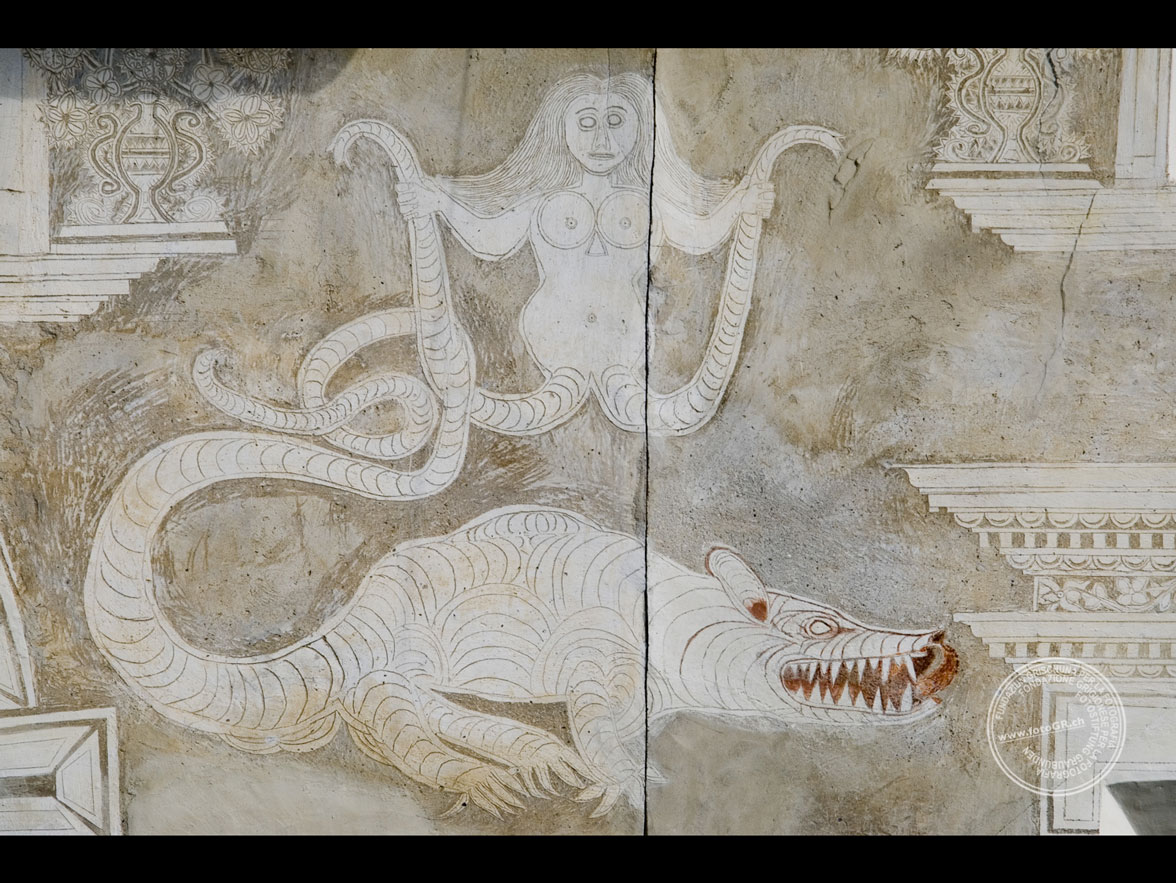 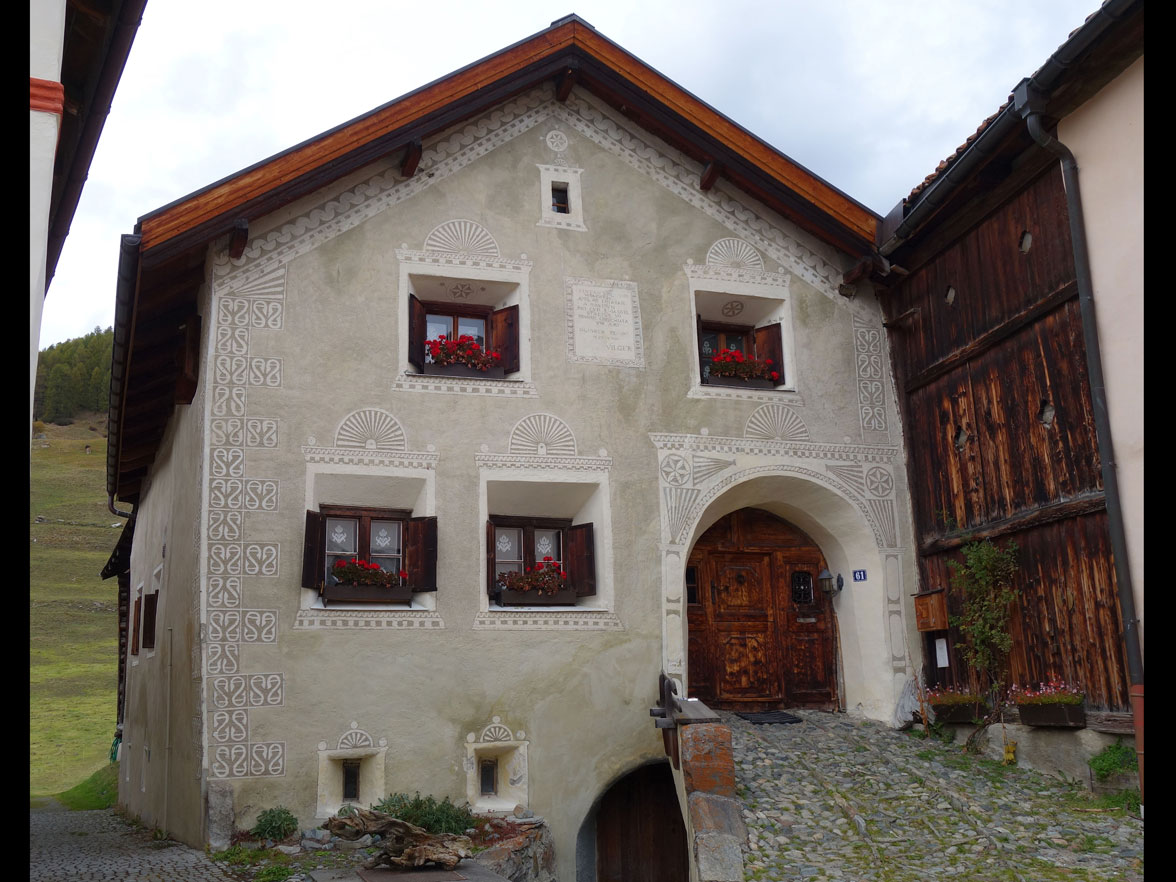 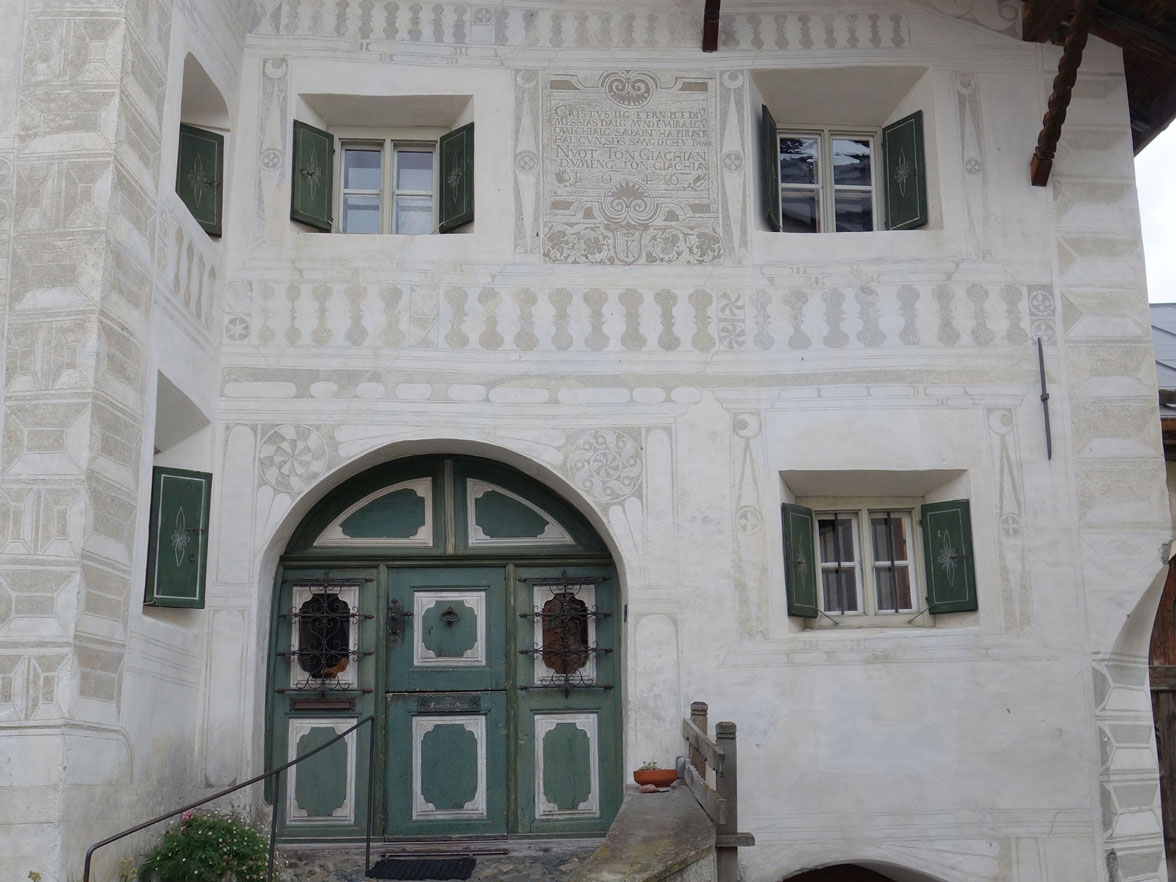 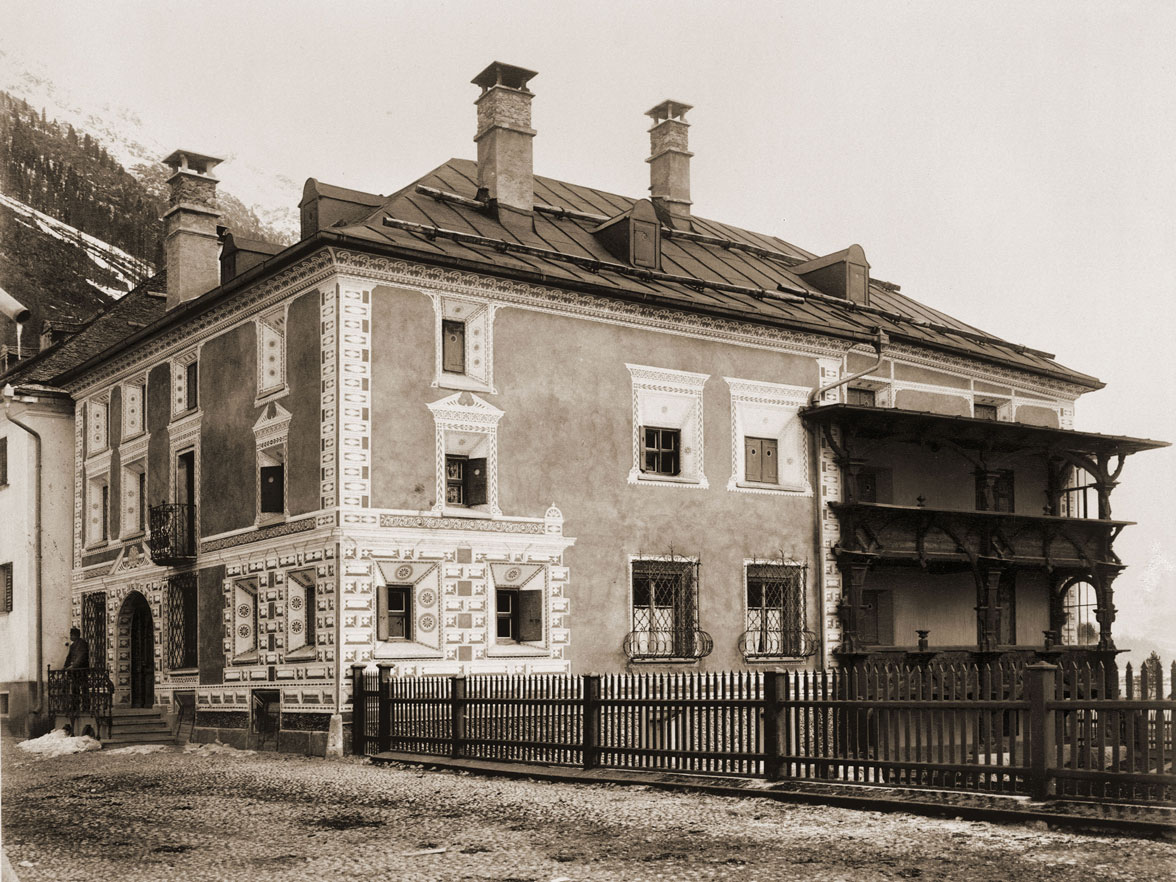 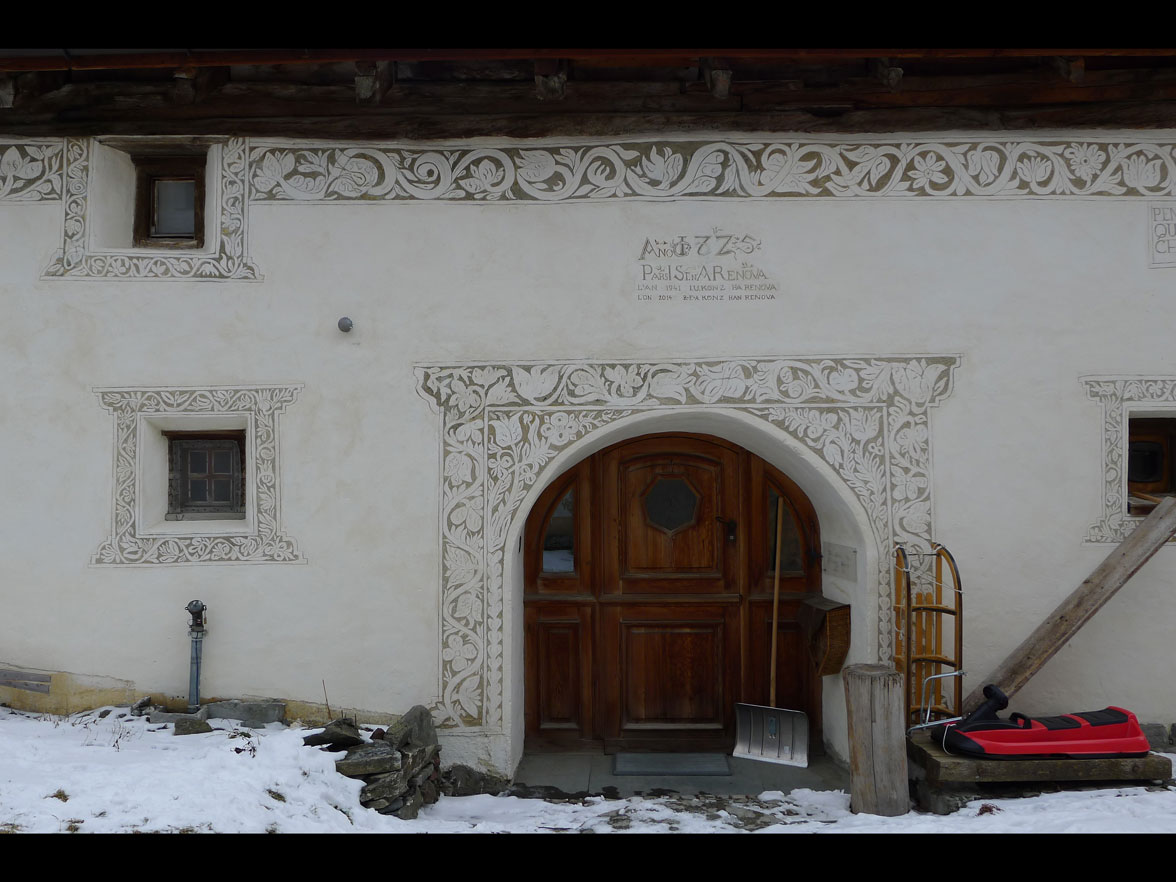 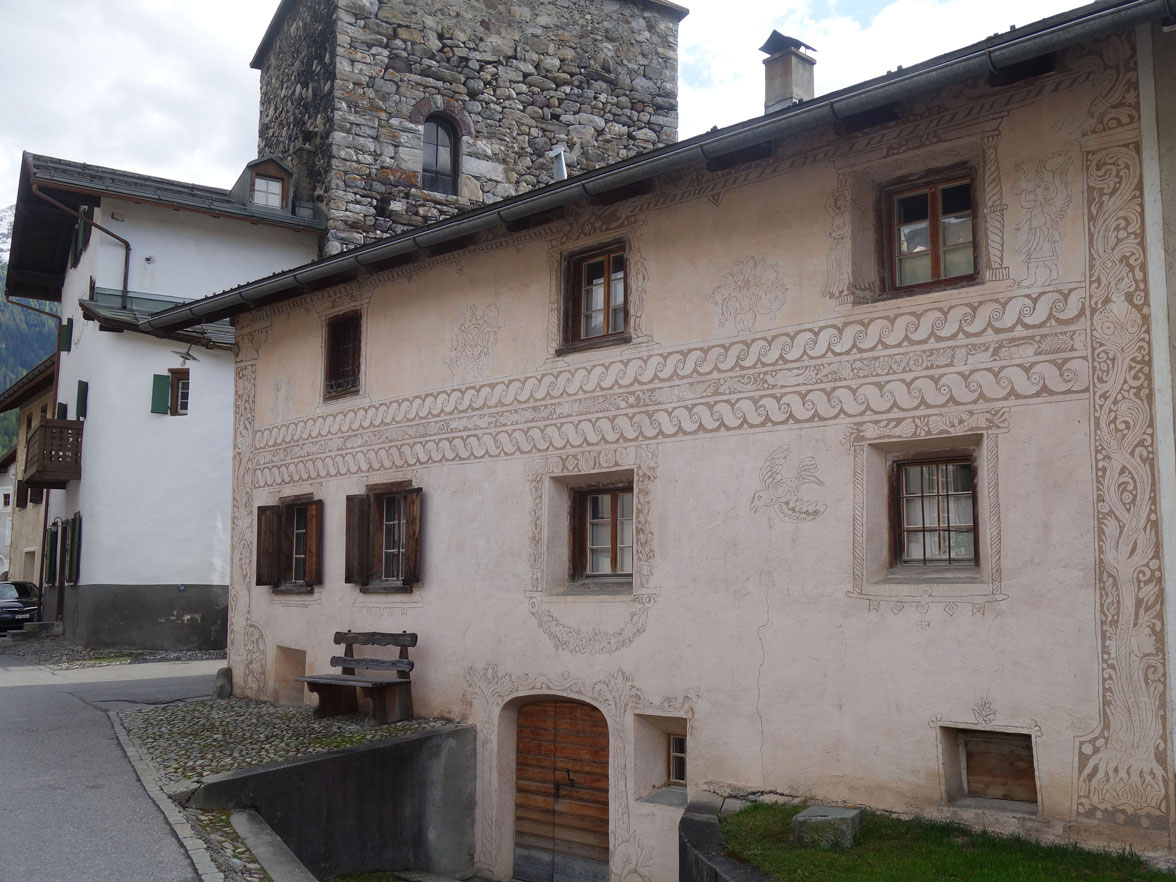 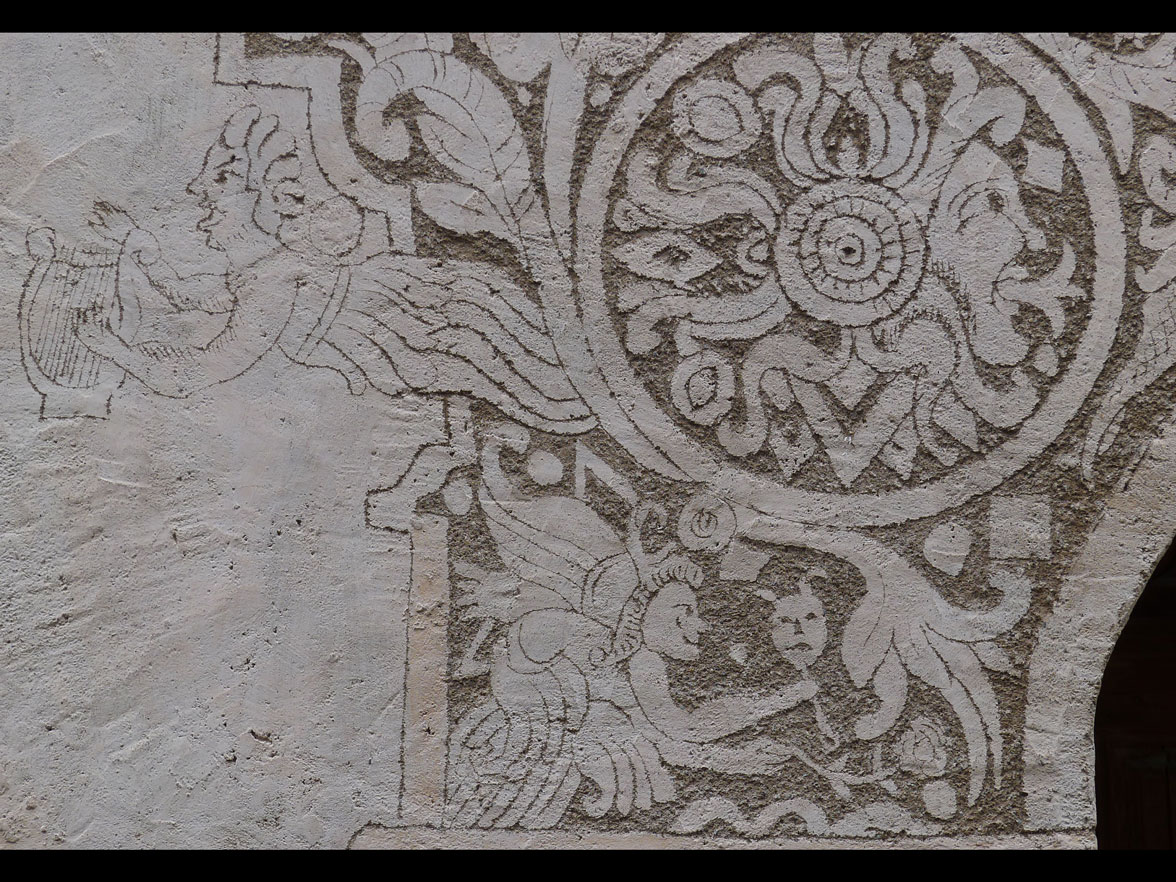 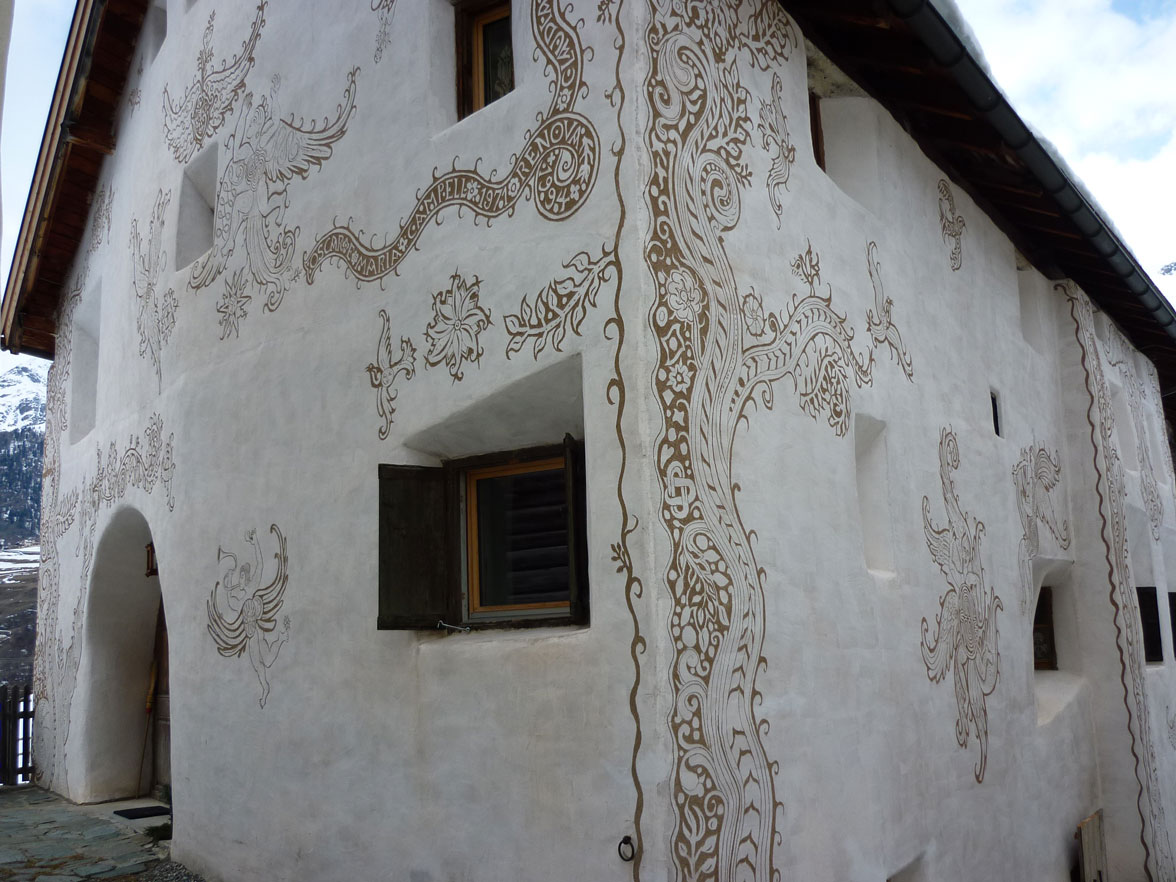 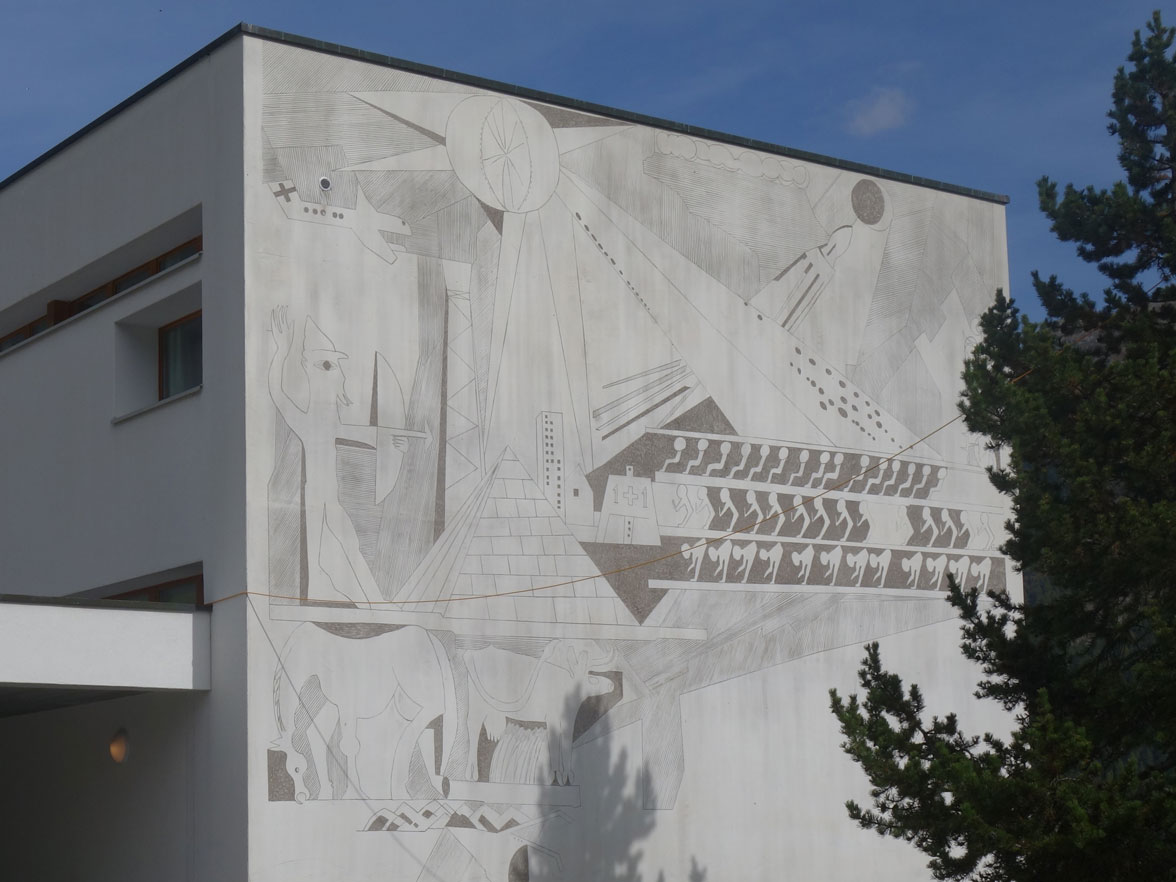 Schoolhouse in Samedan with sgraffiti by Giuliano Pedretti (2017) © Silvia Conzett 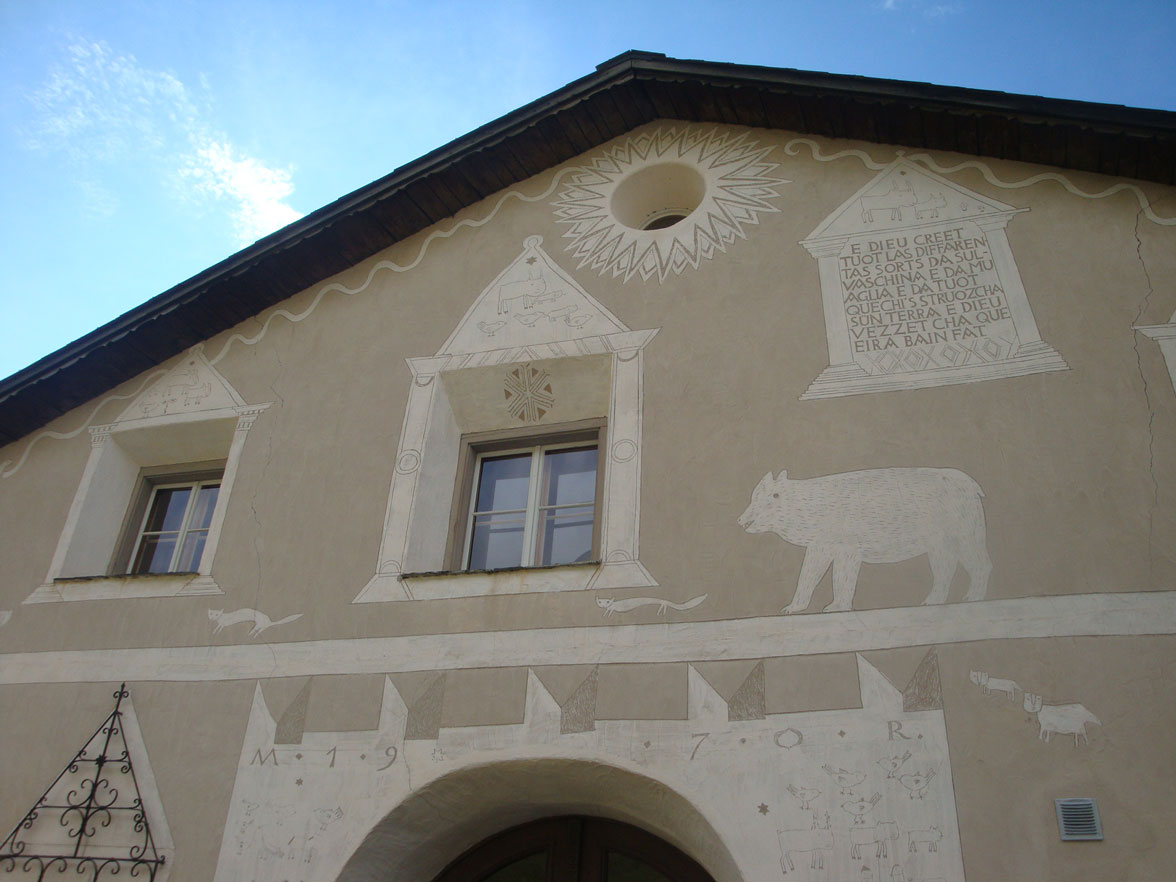 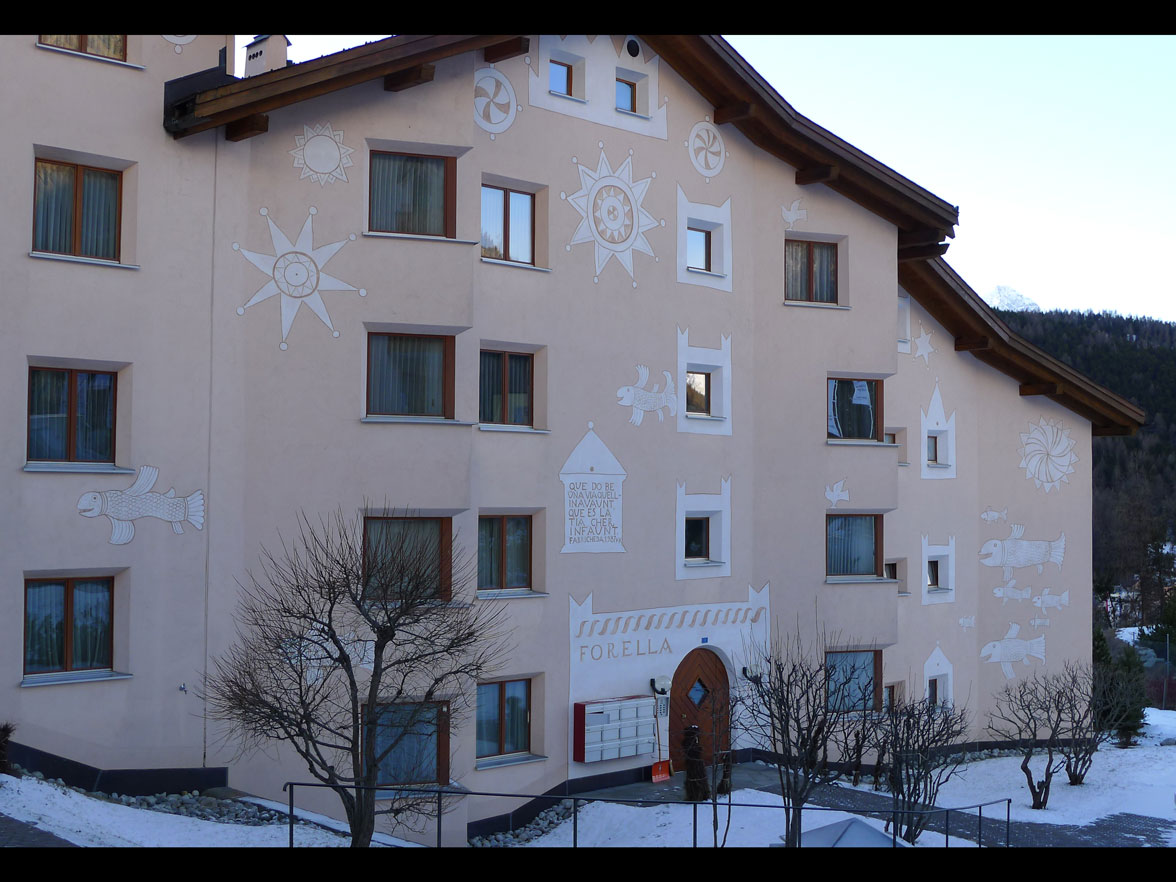 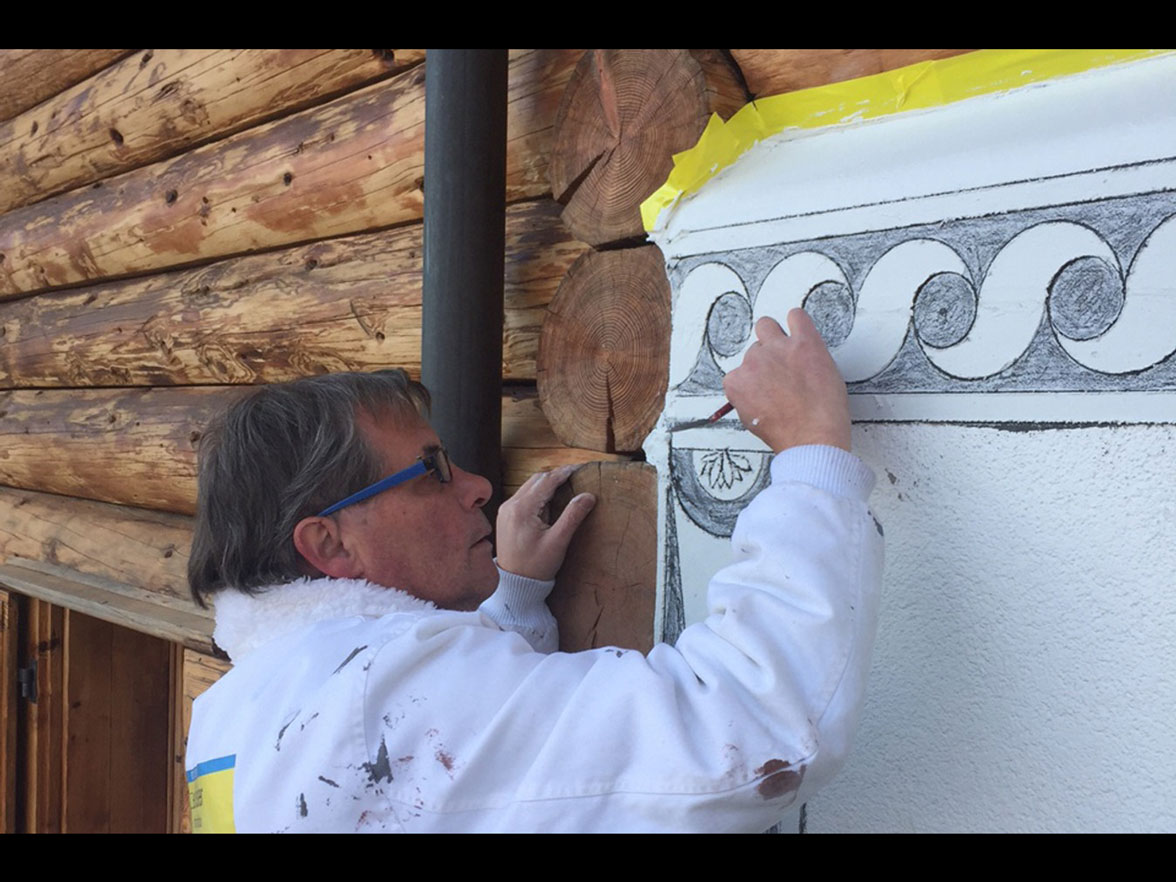 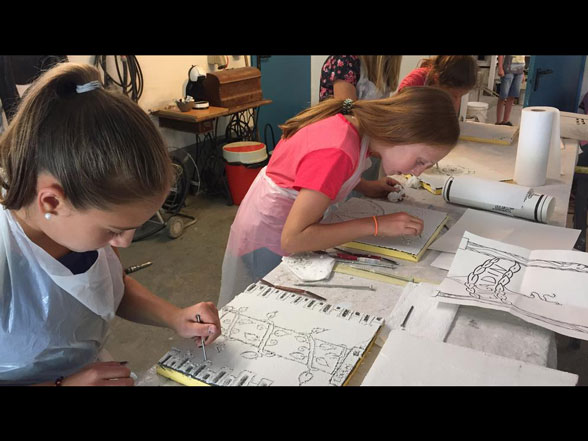 Sgraffito ornaments adorn numerous house facades in the Engadin, Bergell, Val Müstair and other regions of Graubünden. Popular motifs include geometric patterns, wavy ribbons, rosettes and mythological figures. Renaissance master builders brought the technique of sgraffito (from the Italian verb ‘sgraffiare’ = to etch) to Graubünden in the 16th century. Local craftsmen copied the motifs, adding their own personal touch. In this handicraft, ornaments are etched with styli and knives on a damp layer of plaster covered with a light coat of lime. This reveals the underlying, darker lime mortar.

The colour of the sand and pigments added determines the shade of the plaster. Because of its relief-like structure and its high-contrast colour effect, sgrafitto is particularly suitable for decorating windows, gates, gables, bay windows and corners. Sgrafitto experienced its heyday in Graubünden in the 17th and 18th centuries. It gained new appreciation as a characteristic feature of Graubünden’s regional style at the beginning of the 20th century.

Today, craftsmen and renowned artists use the sgraffito technique in restorations and in the design of new buildings. They use traditional or modern motifs and develop their own style. Knowledge of this old handicraft is passed on in courses and seminars, which are becoming increasingly popular.