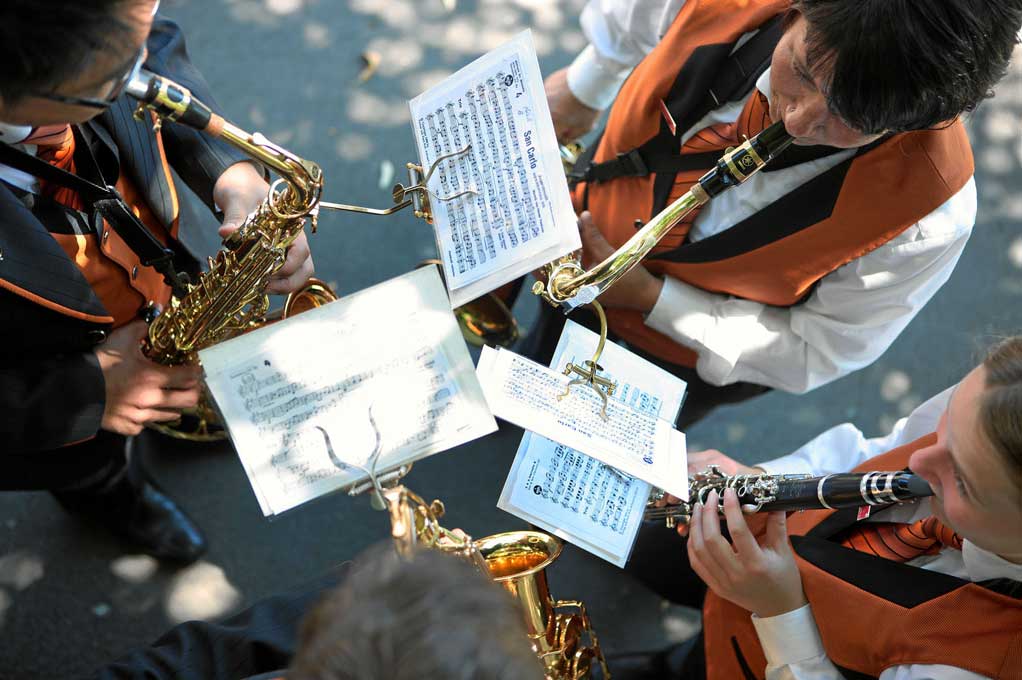 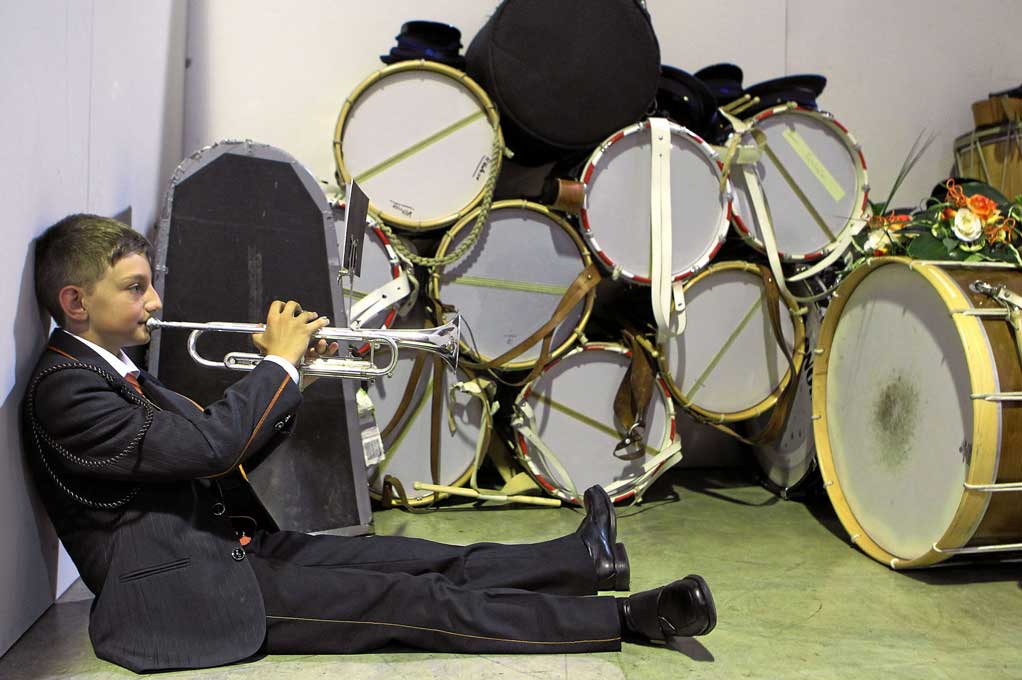 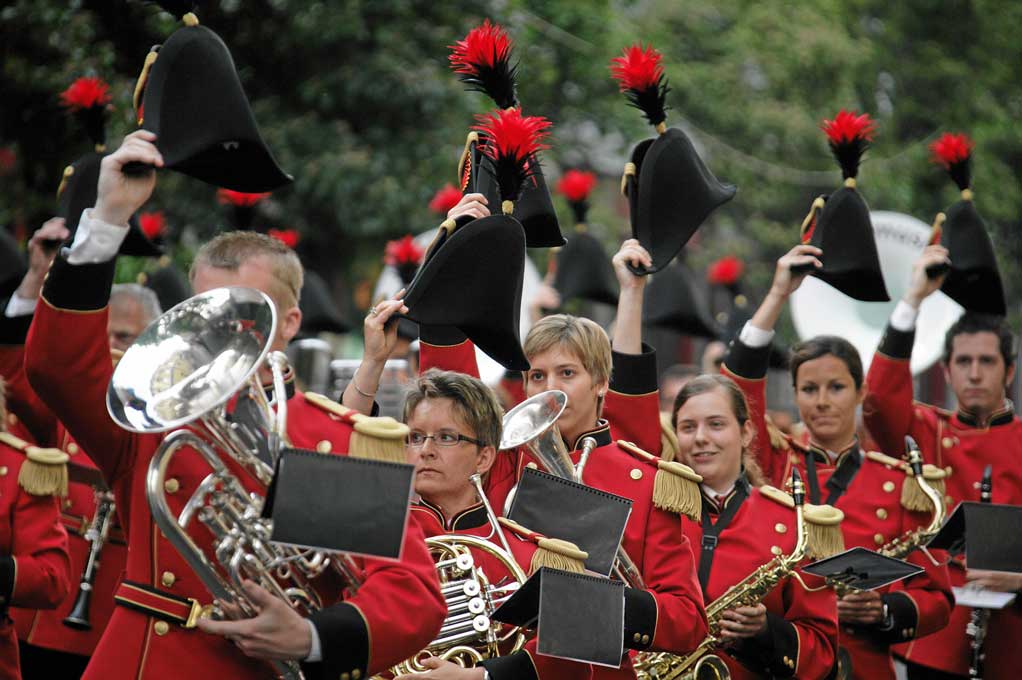 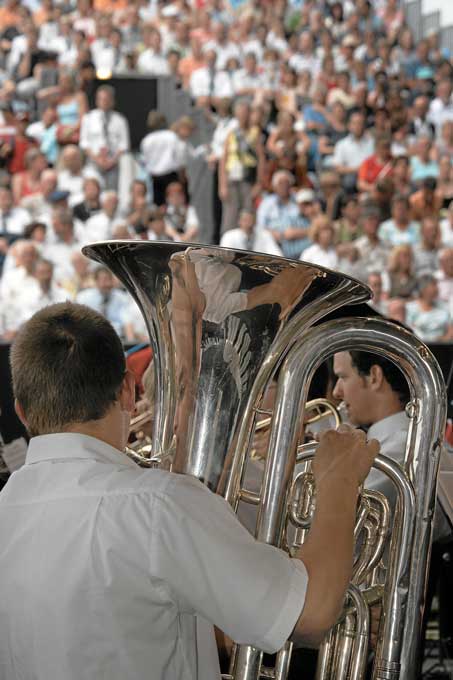 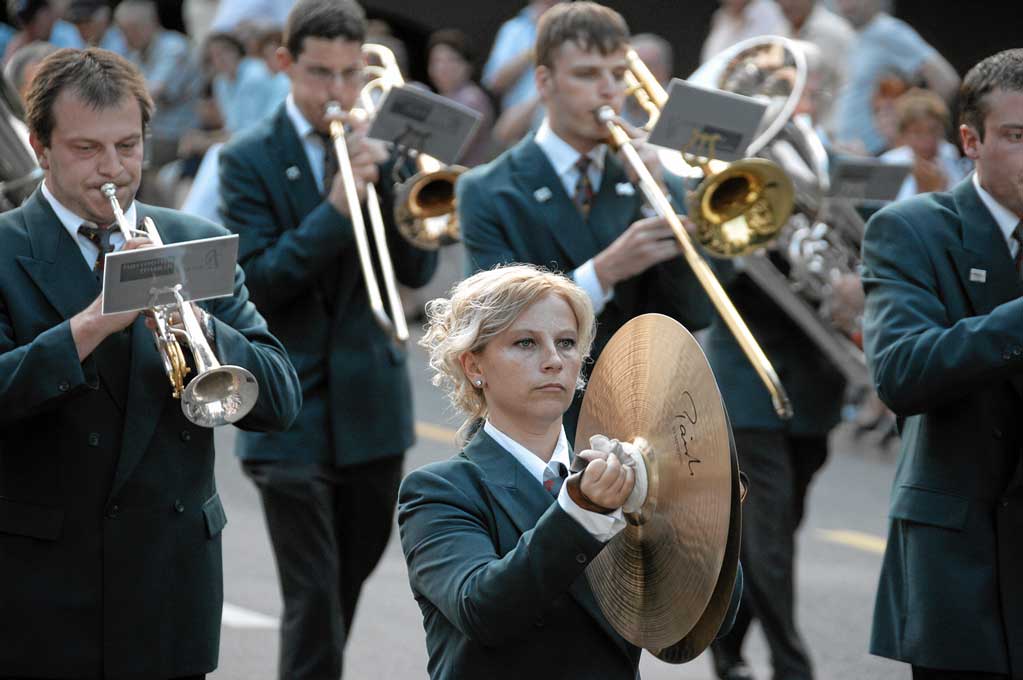 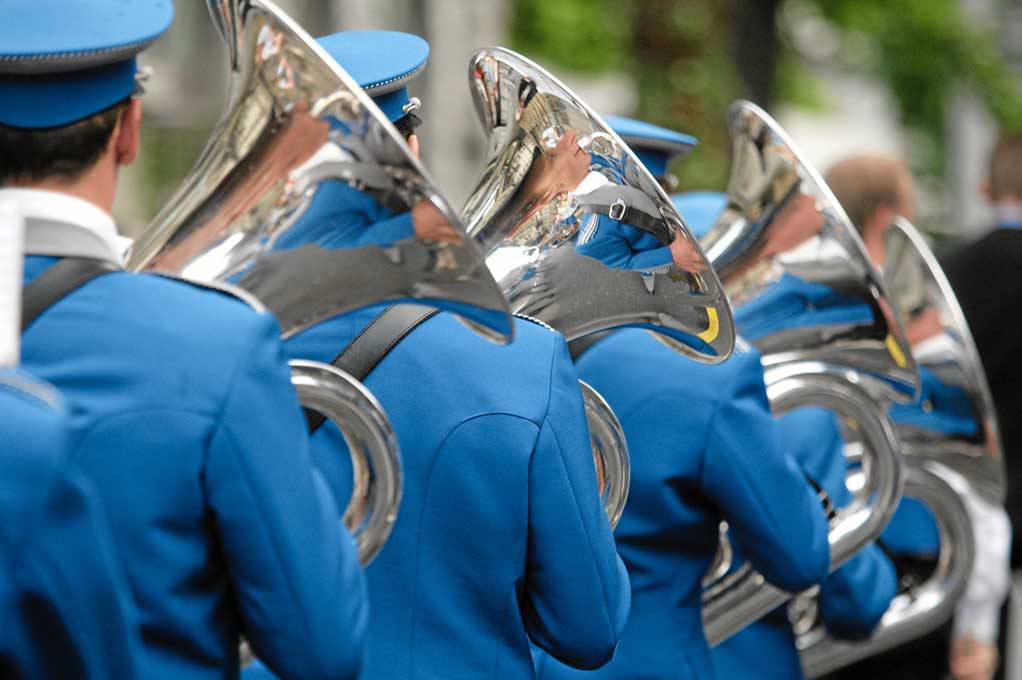 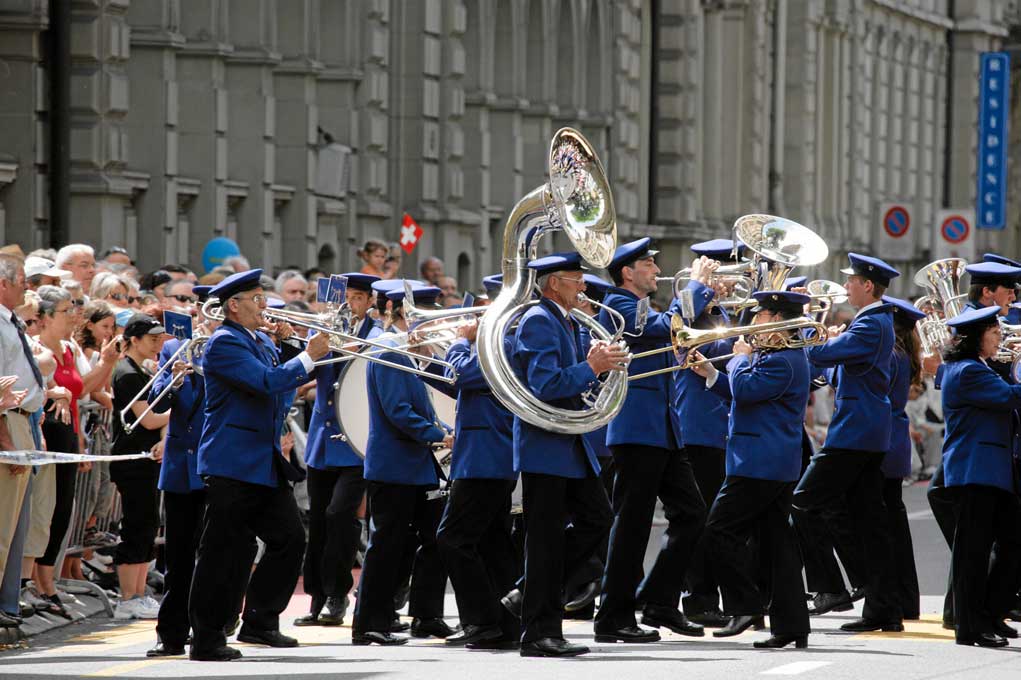 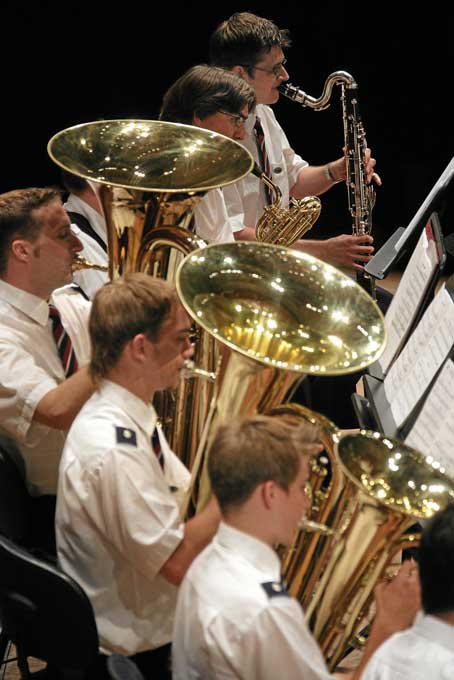 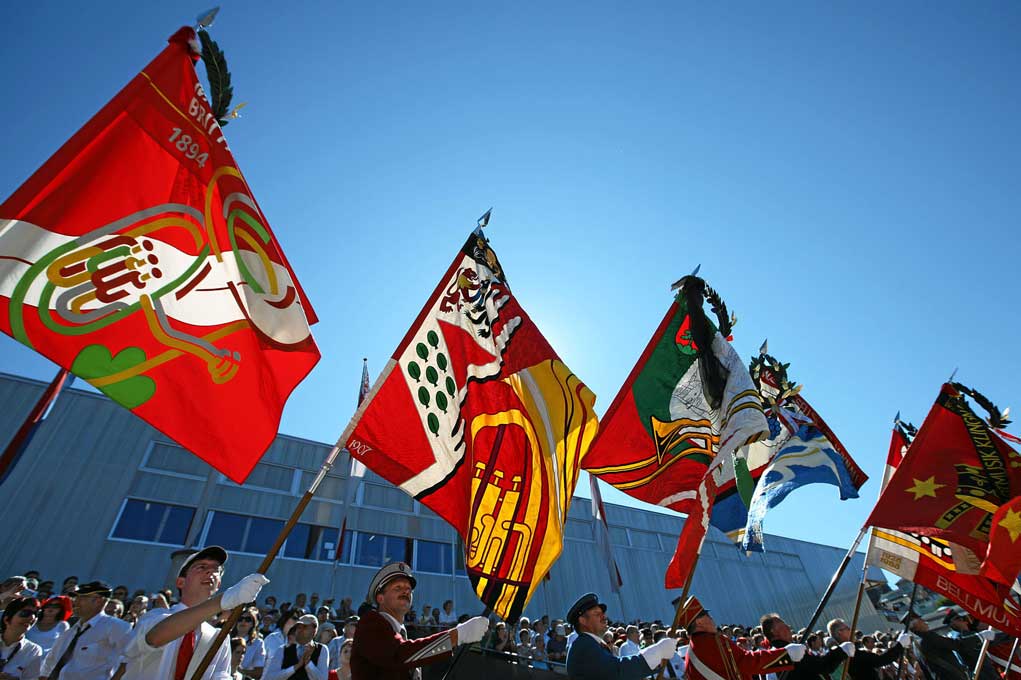 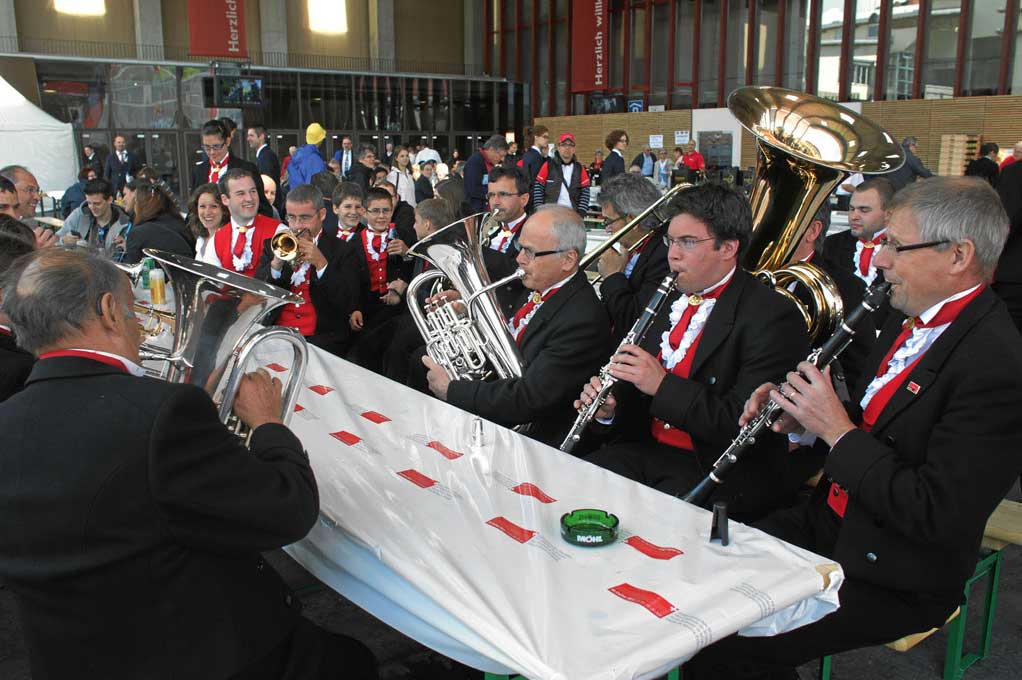 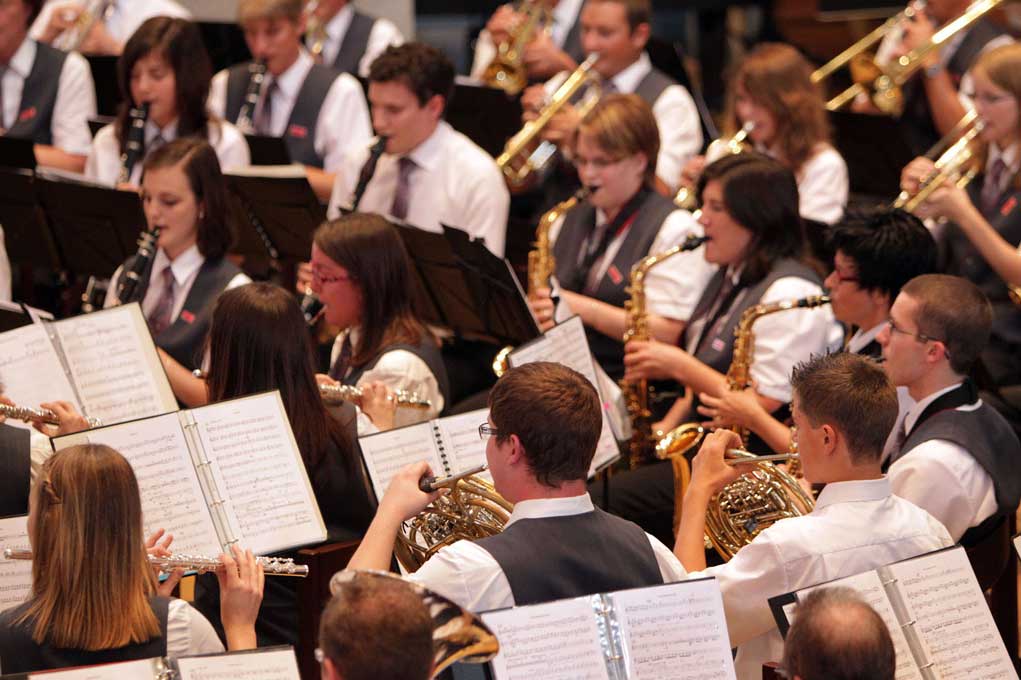 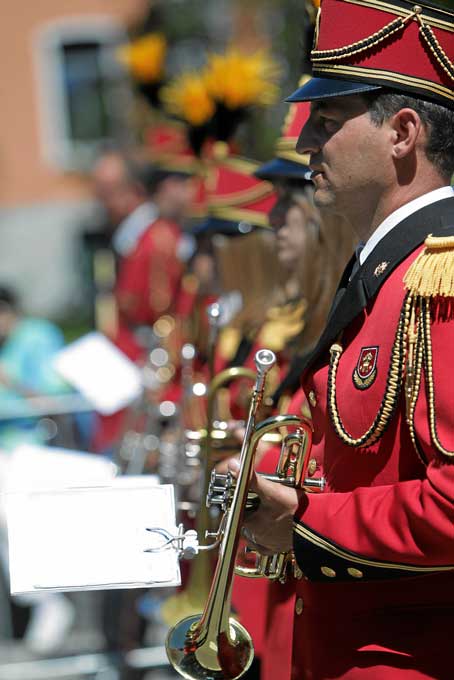 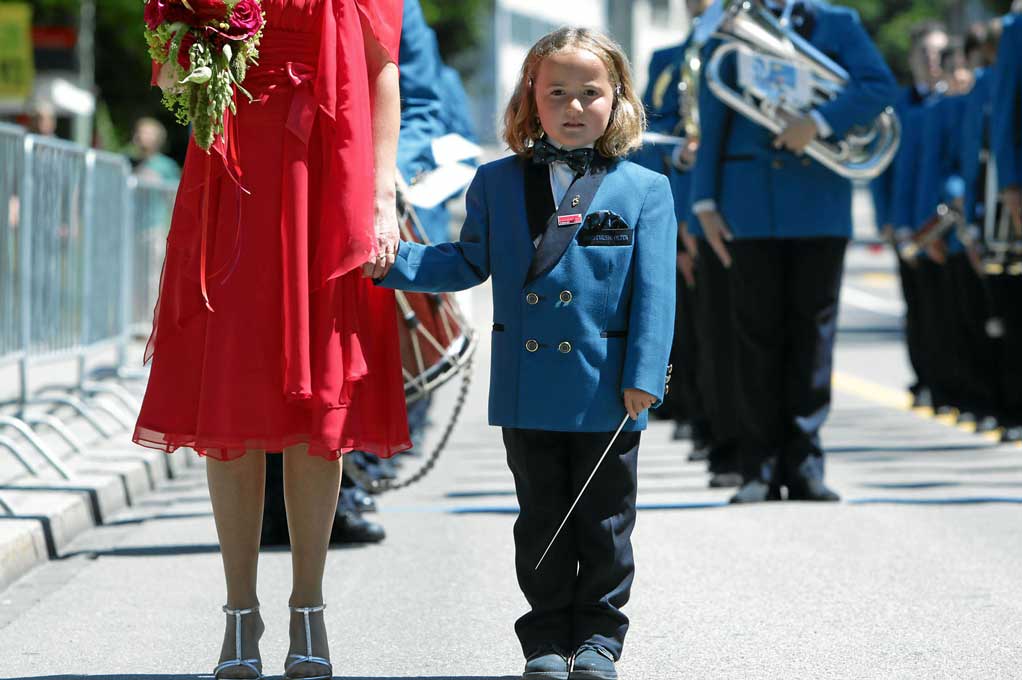 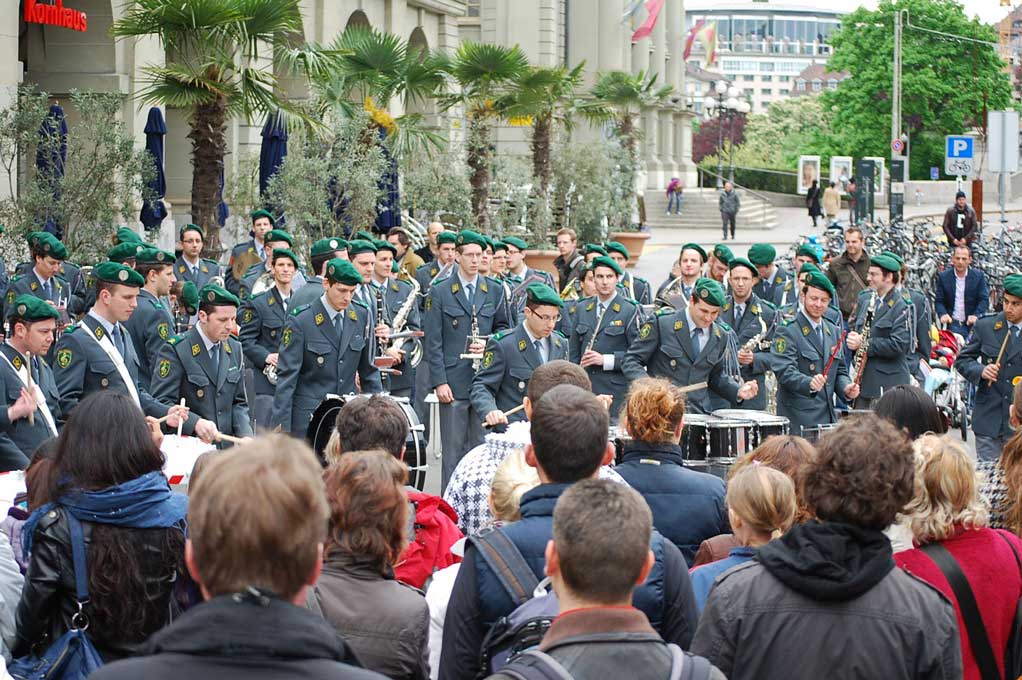 Open-air performance by the Swiss Air Force military band at the Kornhaus, Bern. © Centre of Competence for Military Bands 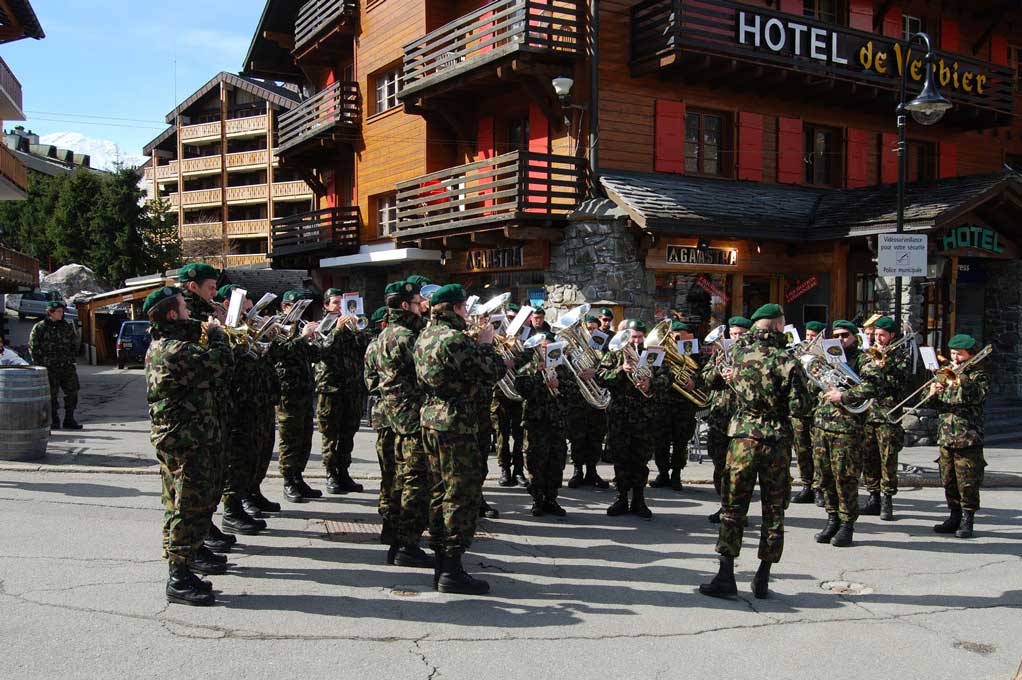 Open-air concert by the TerReg 2 military band during the Patrouille des Glaciers in Verbier. © Centre of Competence for Military Bands 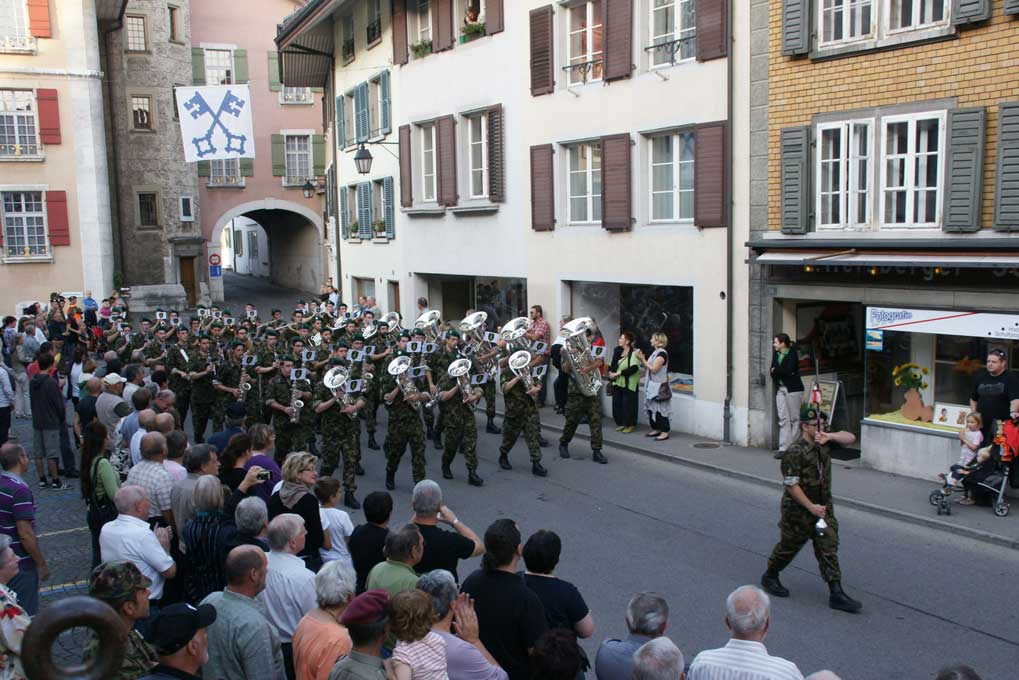 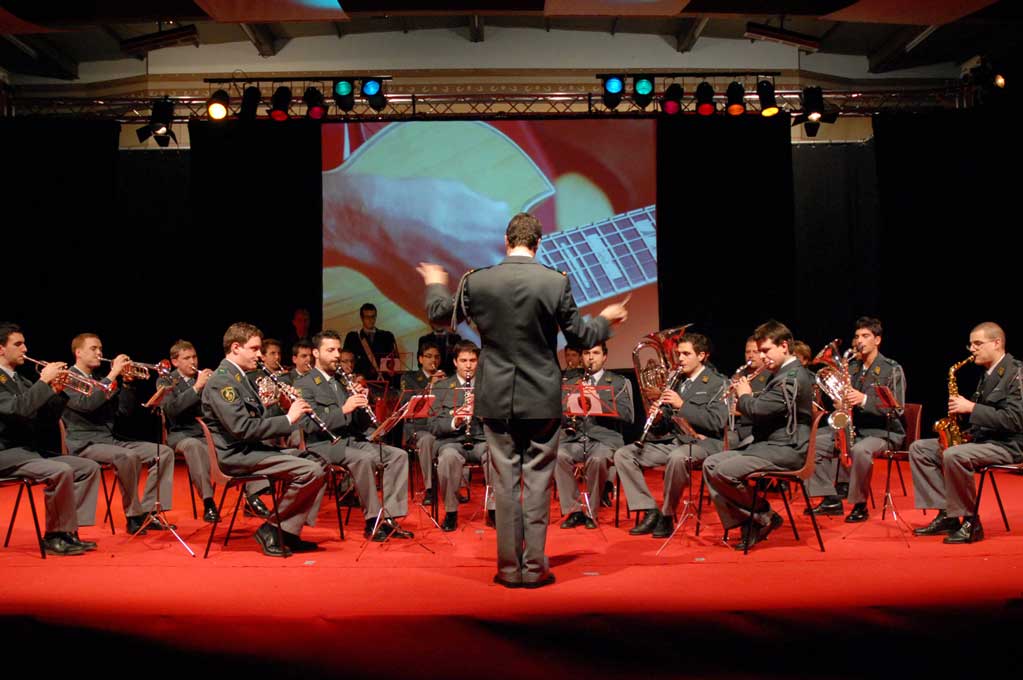 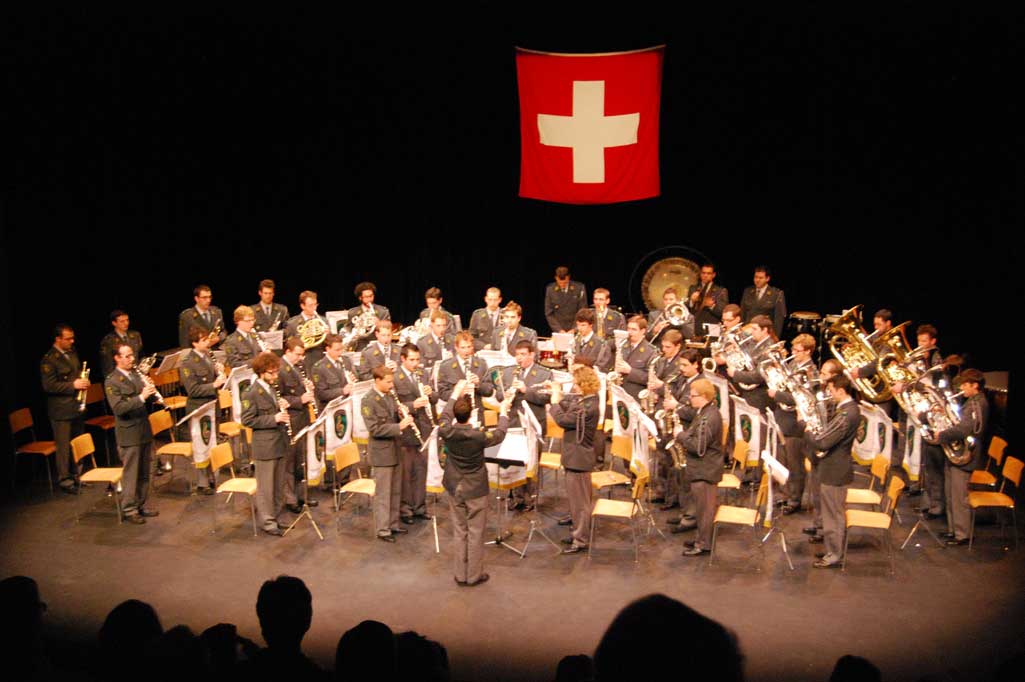 The Fanfare of brigade infanterie 2 in concert, Cossonay (canton of Vaud). © Centre of Competence for Military Bands 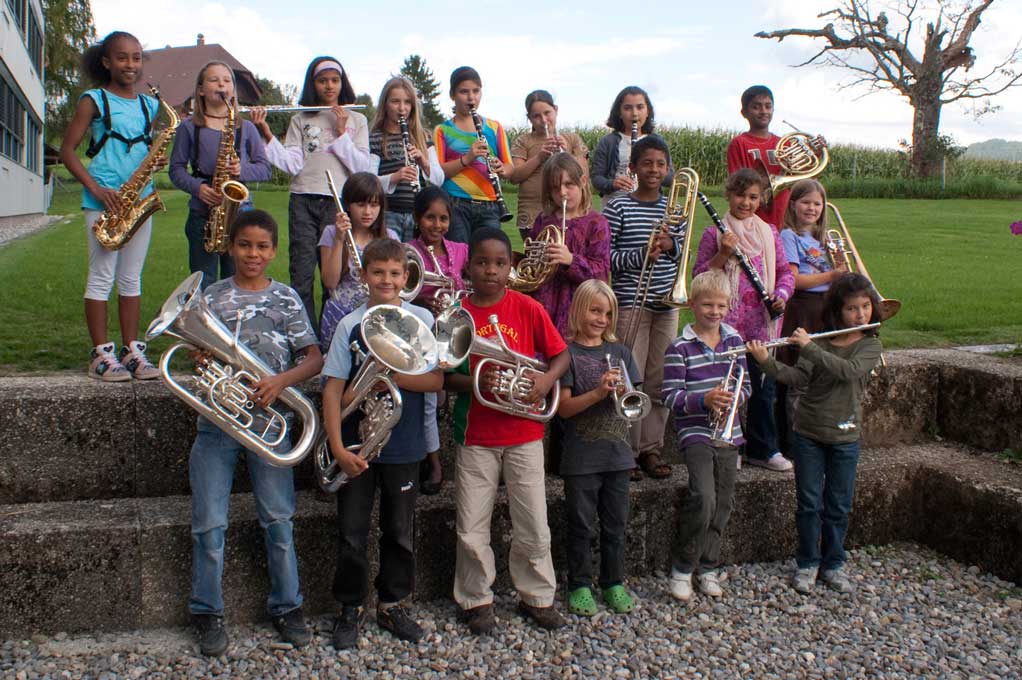 Almost every Swiss village, town and city in Switzerland has its own wind band. They come in all shapes and forms, and they boast widely diverse repertoires - from "Harmoniemusik" to traditional brass band music, right up to fanfares (brass) and "fanfare mixte" (wind and brass) – which ensure that they continue to attract younger generations to their ranks. The tradition of wind bands dates back to the end of the 18th century and has its origins in the army. Before long though, a growing number of civilians fell under the charms of this musical practice and began to form their own bands. Prior to the proliferation of youth music schools which began in the 1960s, wind bands in Switzerland tended to be part of local music societies offering children and teenagers the chance to learn to play a musical instrument. In 1862 Switzerland became the first country in Europe to establish a national wind band federation, the "Eidgenössischer Musik-Verein", or the "Schweizer Blasmusikverband" (Swiss Wind Band Association), as it is now known. Founded in Olten, it coordinates the activities of its members, totalling some 2,000 wind band clubs and societies. Every five years it stages the "Eidgenössische Musikfest" (national wind band contest) which attracts more than 20,000 musicians from across Switzerland.