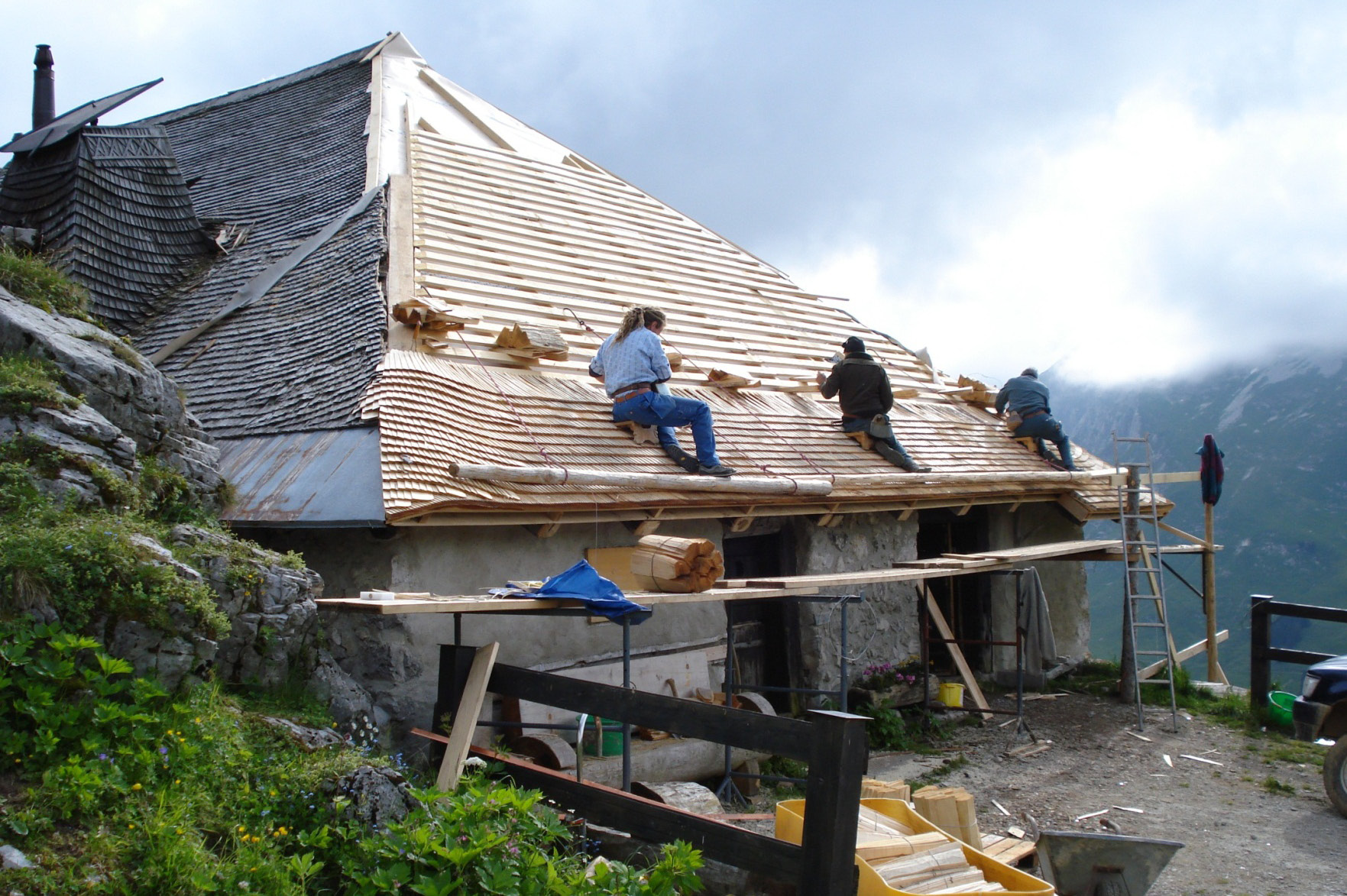 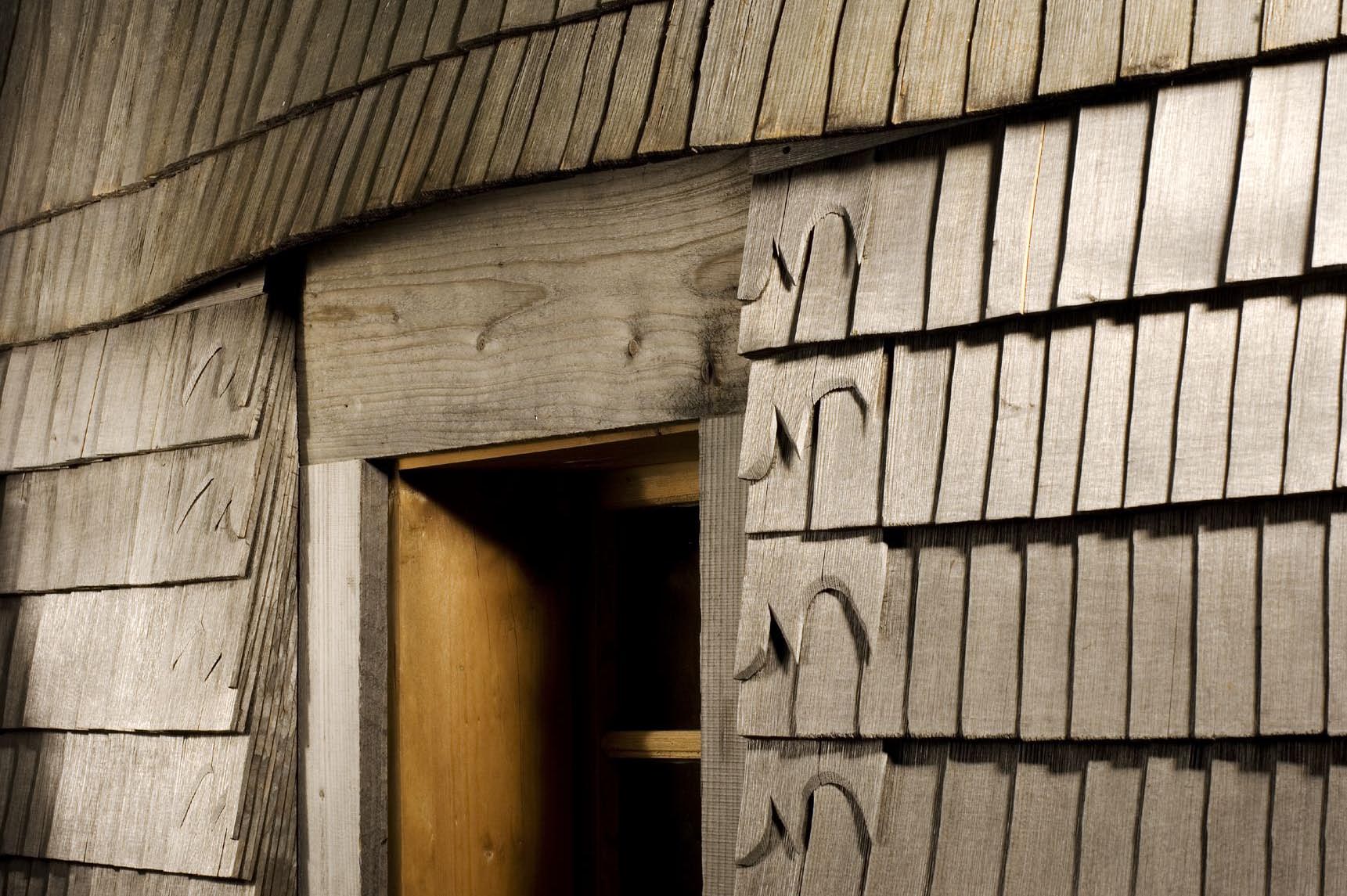 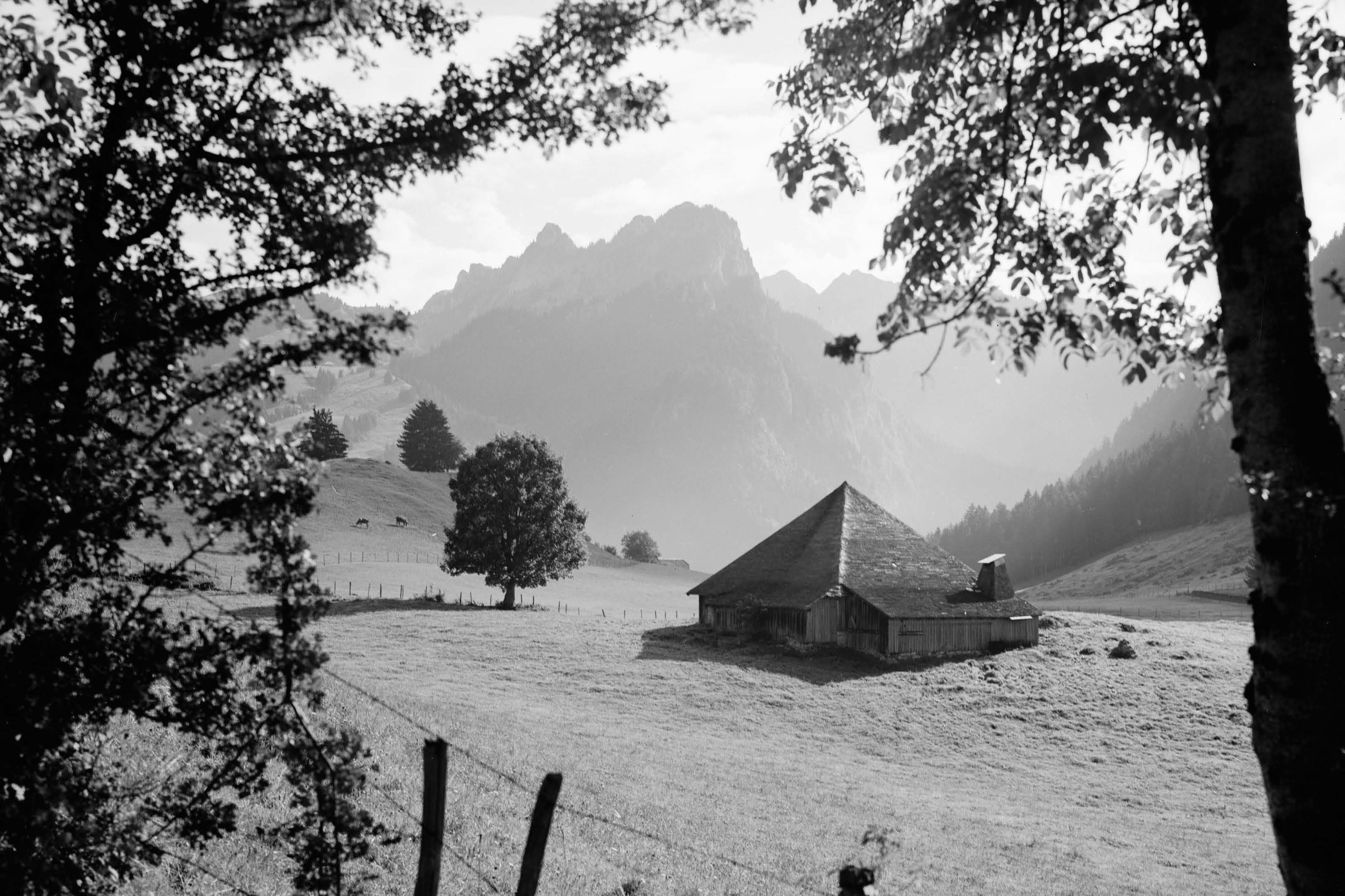 Chalet de la Monse in Charmey: built around 1500, it is the oldest wooden structure in La Gruyère © Glasson/Musée gruérien, Bulle 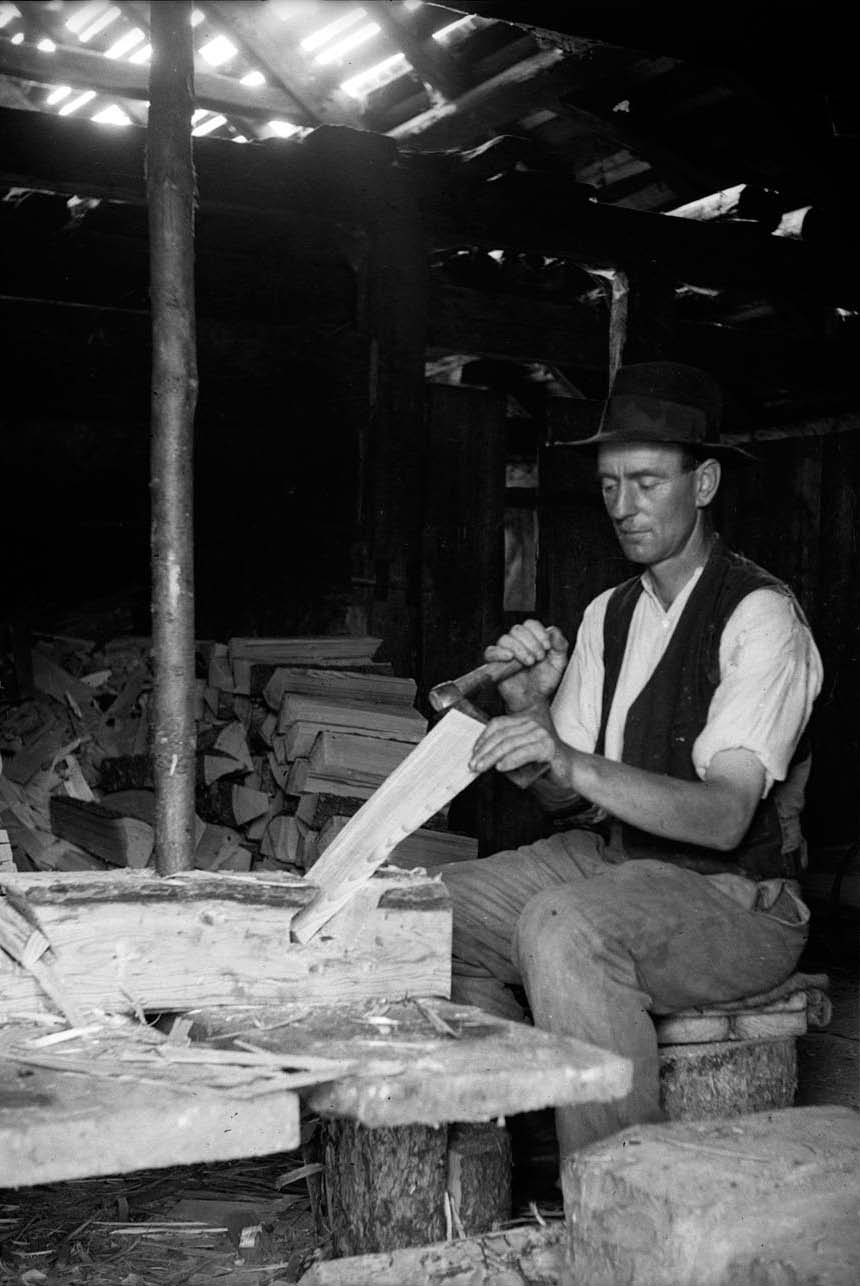 The art of shingle-making is as precise as it is timeless: choosing the right wood, splitting it with tremendous dexterity, then cutting each shingle ("tavillon") at just the right angle. In French-speaking Switzerland, there are only ten master "tavilloneurs" left practising this craft today. They work tirelessly, covering roofs and outside walls with hundreds of these thin wooden tiles which are mostly made from spruce. They also go by different names, depending on their size and where they were made (e.g. "tavillons", "bardeaux" or "anseilles"). Over time, the shingles take on a greyish silvery hue. This coating is the wood’s in-built protection against the elements. The use of "tavillons" in Switzerland dates back to Gallo-Roman times, with examples found at archaeological sites in Holderbank (canton of Solothurn) and Oberwinterthur. This was the start of a very long history: "tavillons" remained in use on the Swiss plateau until the 17th and 18th centuries, when they were gradually replaced by roof tiles; they remained popular in mountain areas right up to the 19th century. With the advent of new materials and the introduction of fire prevention awareness in populated areas, "tavillons", which are synonymous with the Fribourg Pre-Alps, began to fall out of favour. Today, they are to be found only on historic buildings, alpine farms and mountain cabins. It is estimated that a shingle-covered façade can last for around one hundred years before it needs to be replaced. Proof if it were needed that "tavillonage" is a difficult yet worthwhile craft. Given ever-diminishing demand, it is a profession that requires tremendous passion.