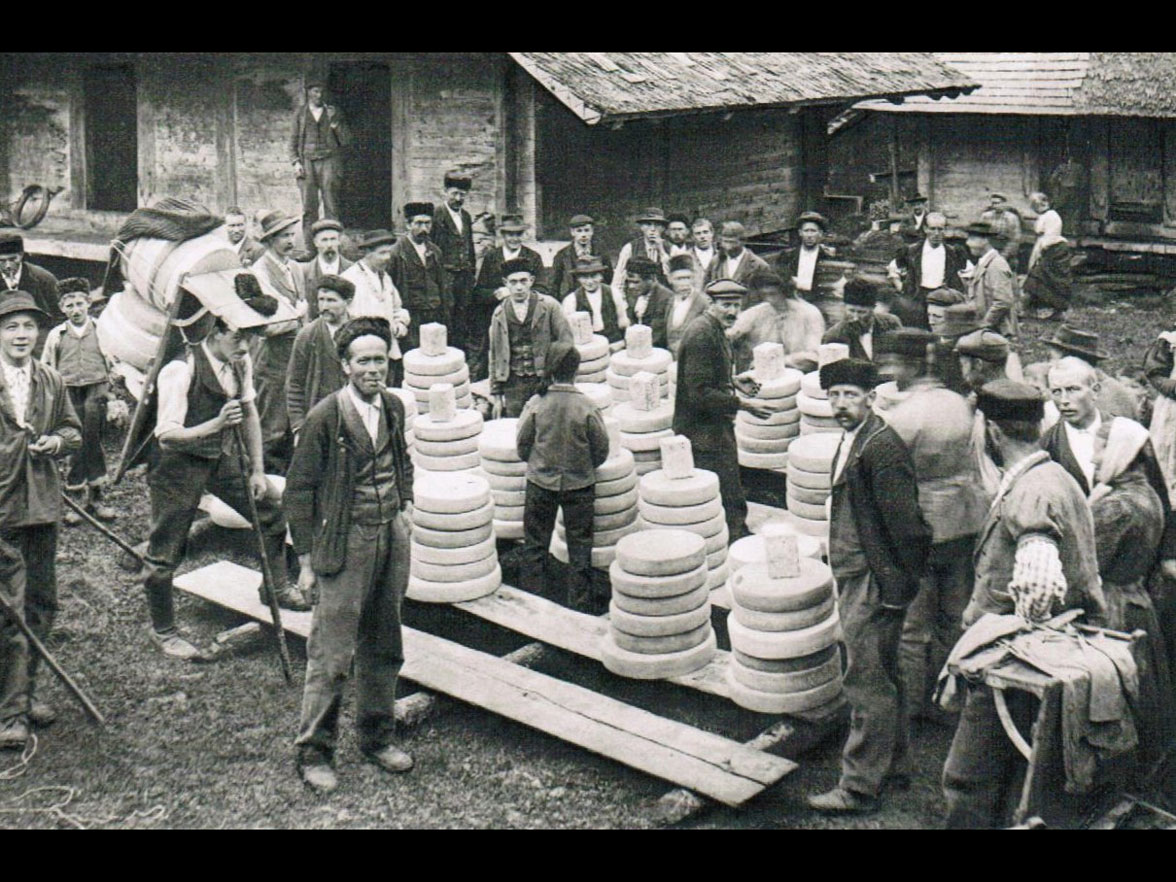 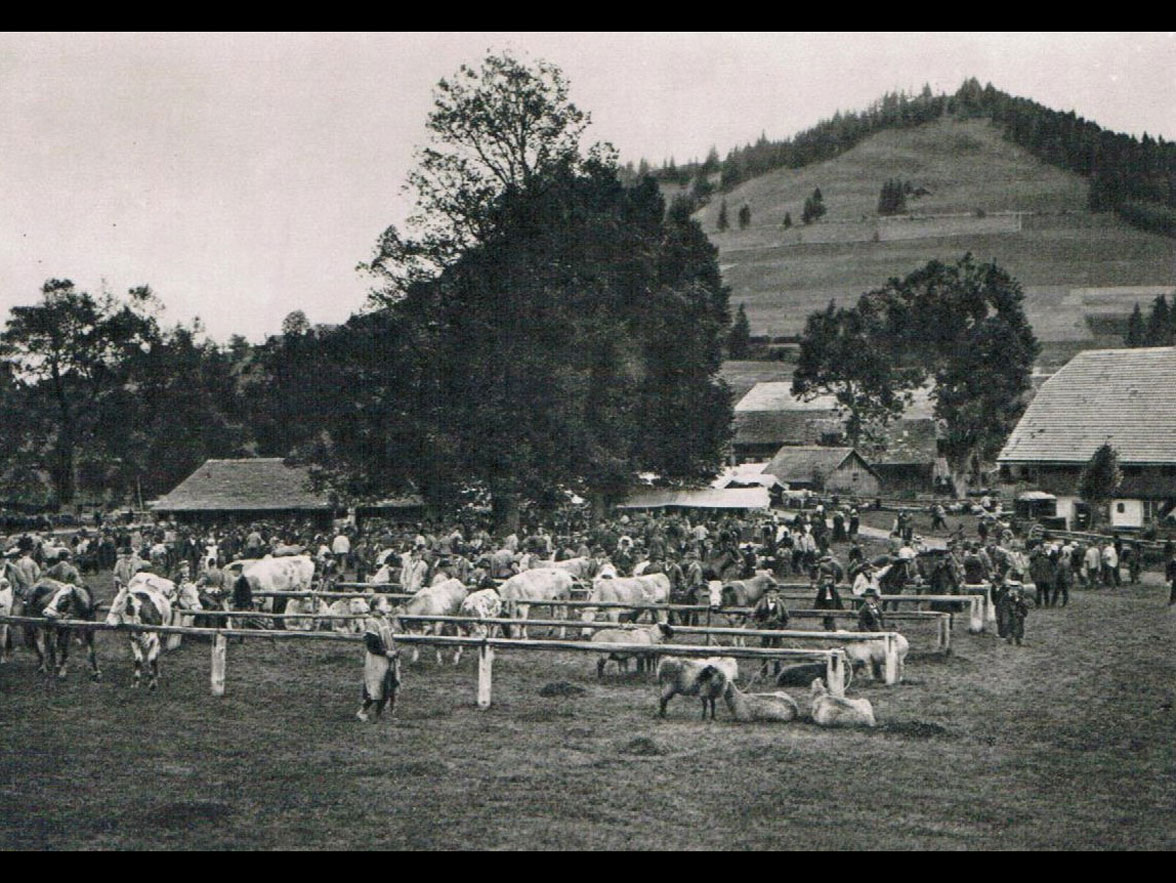 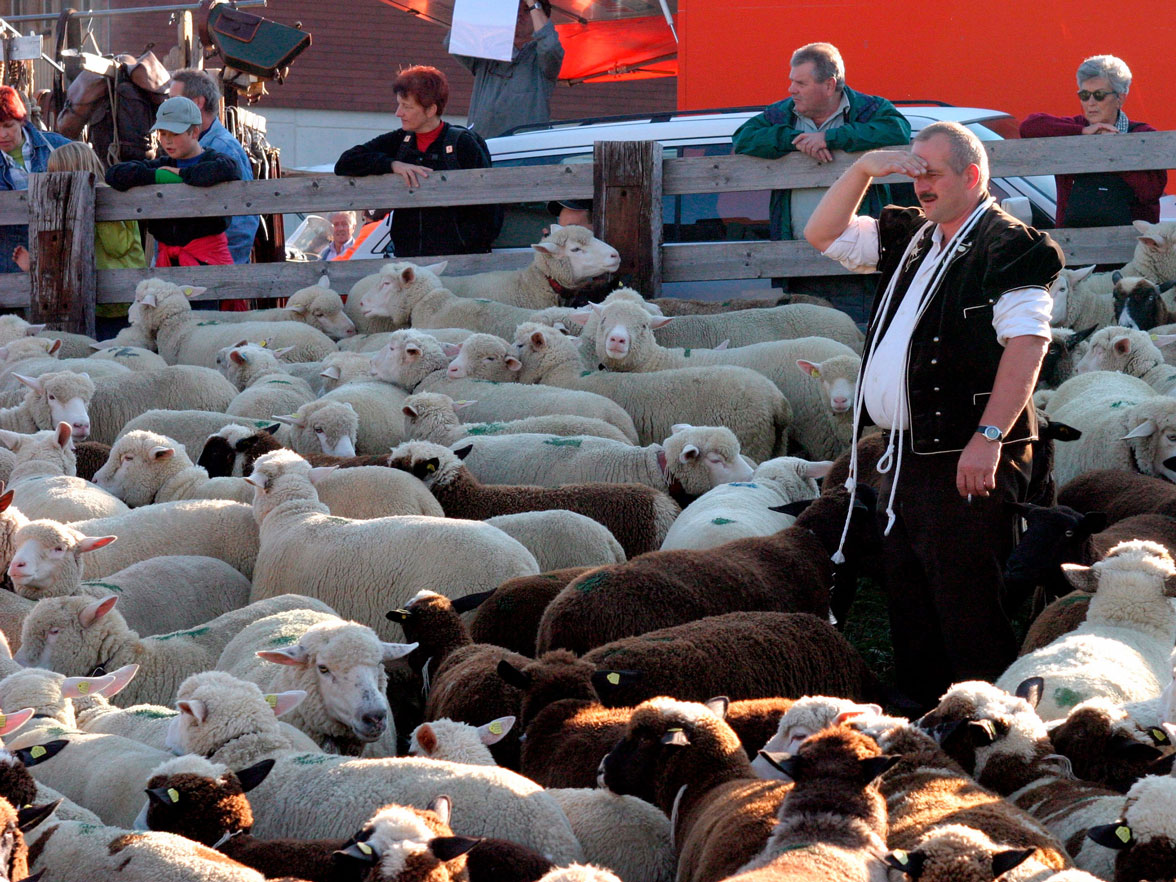 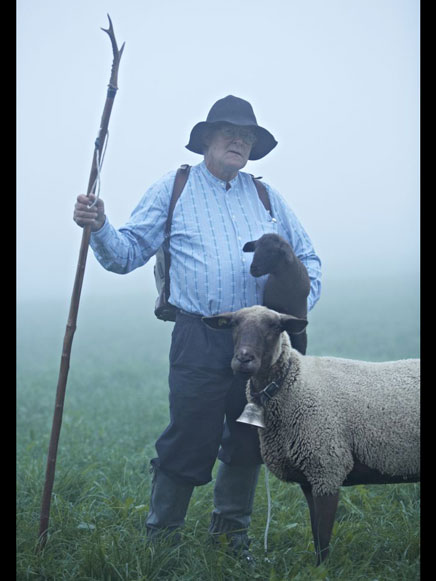 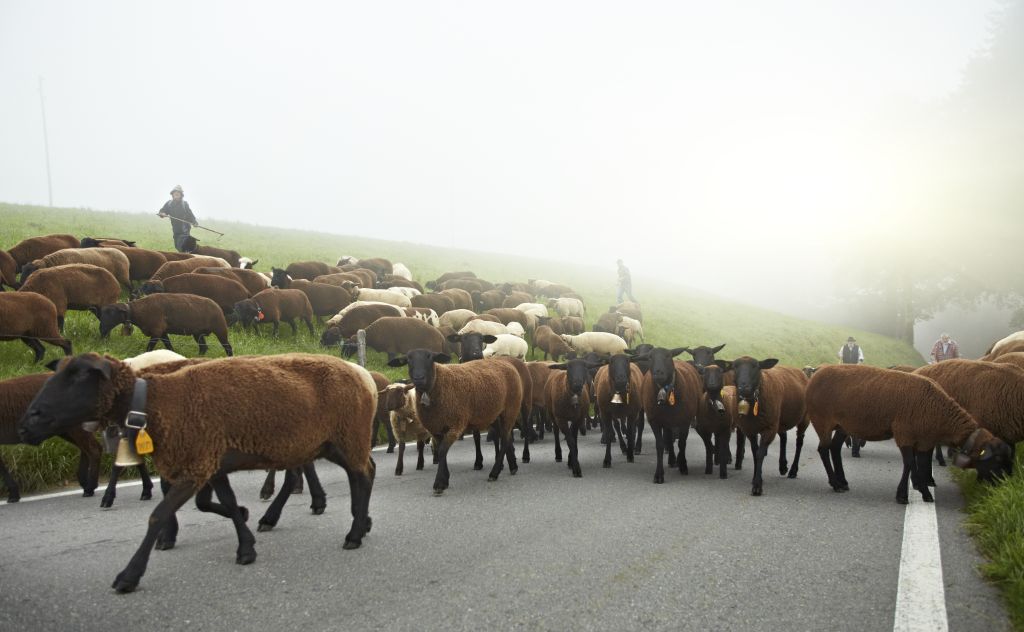 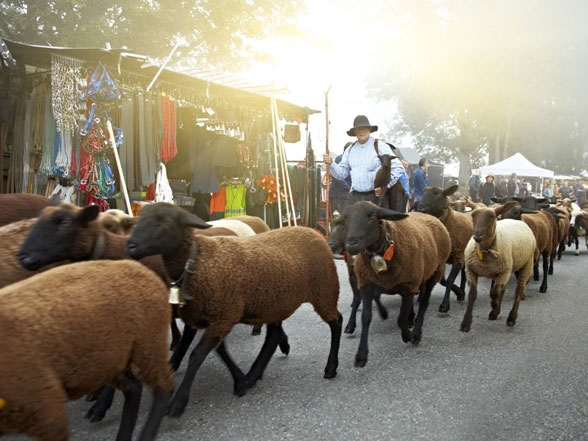 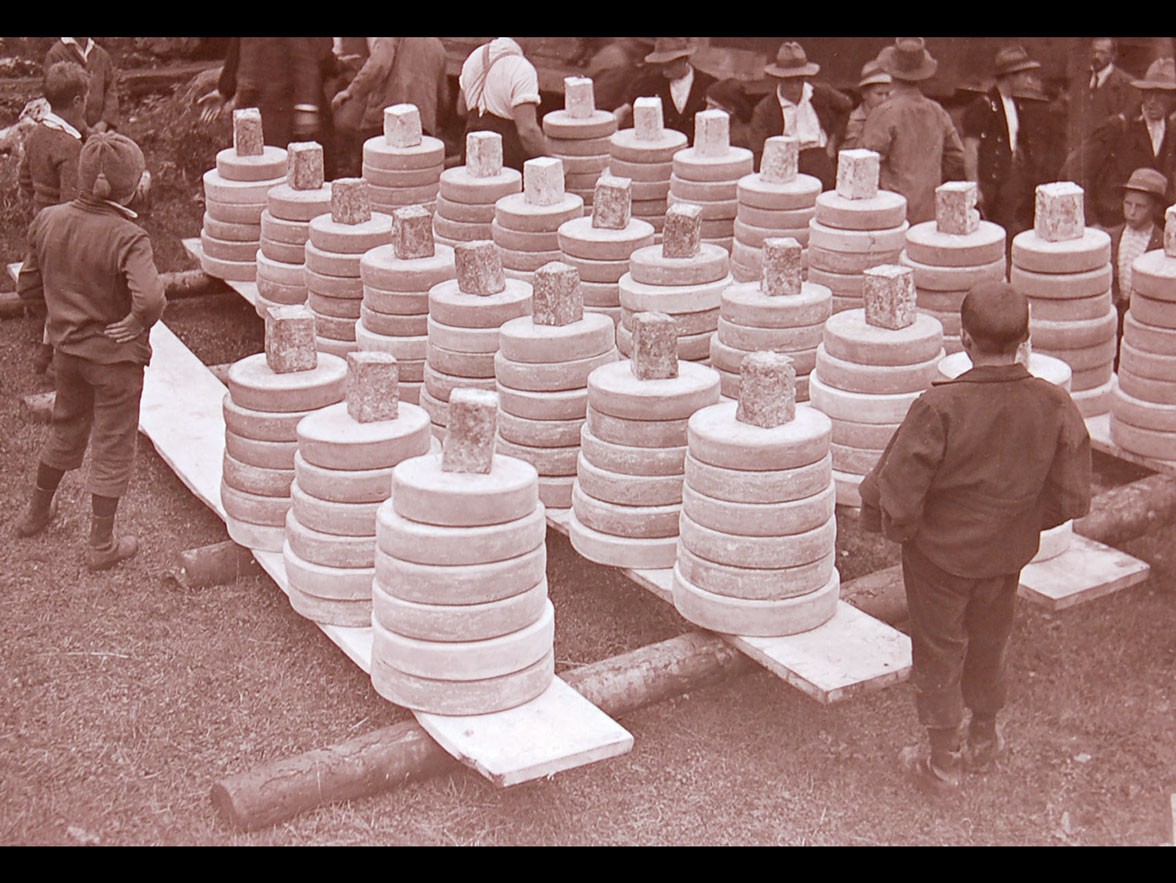 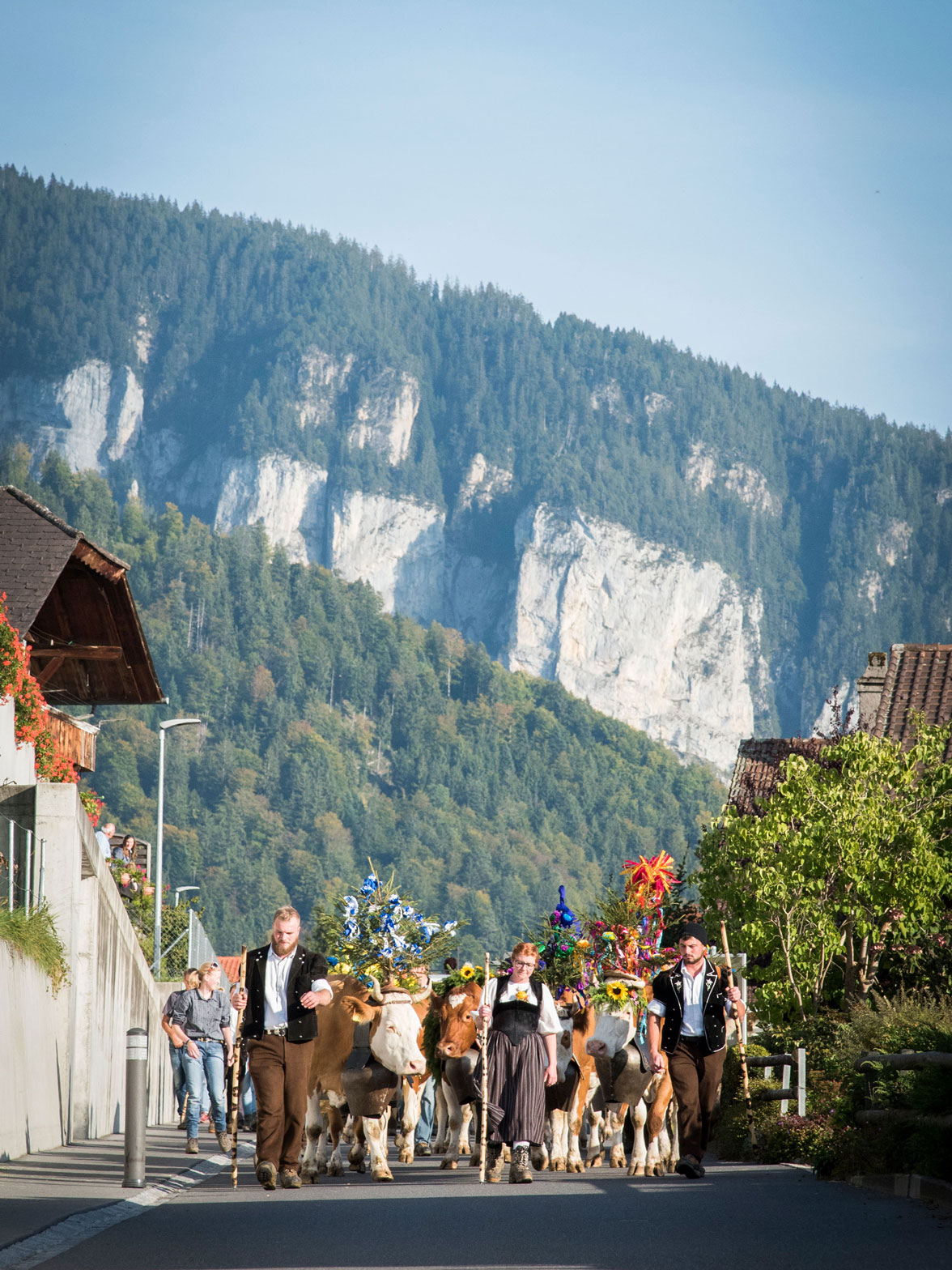 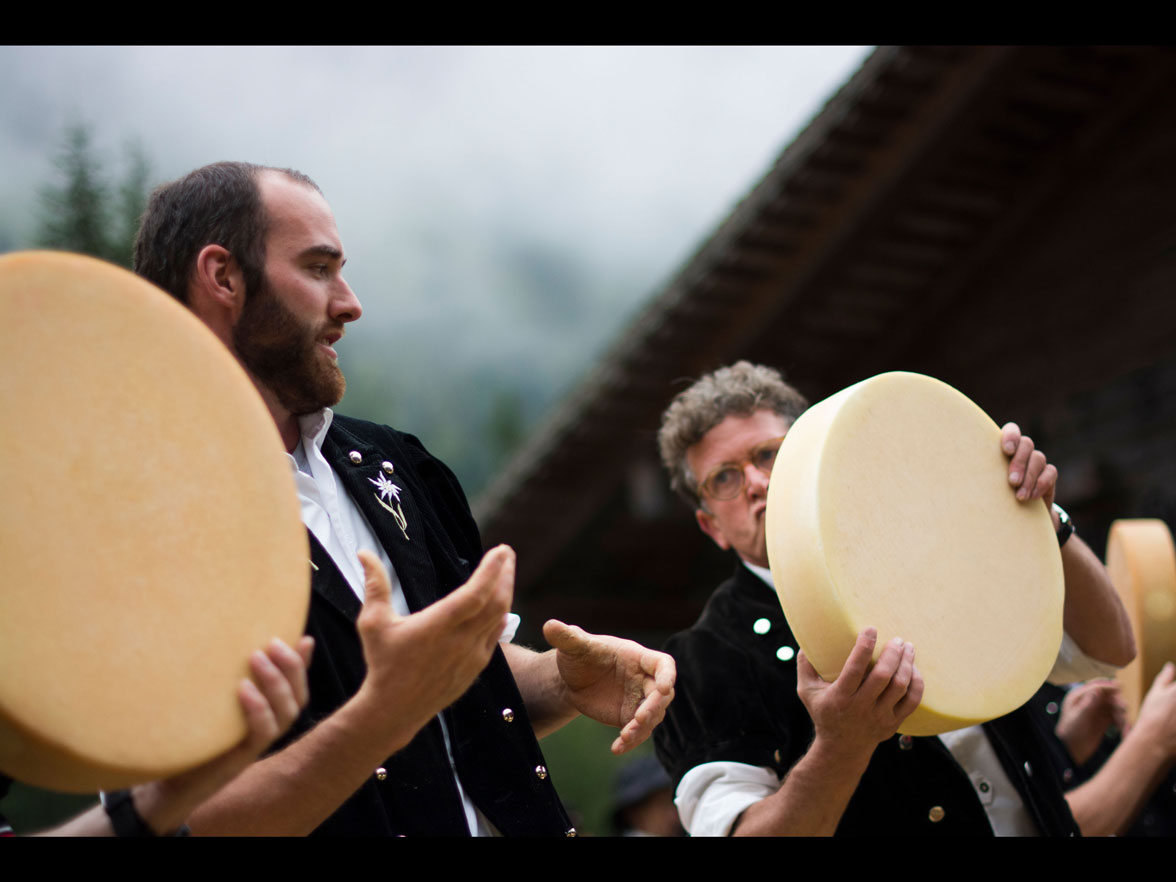 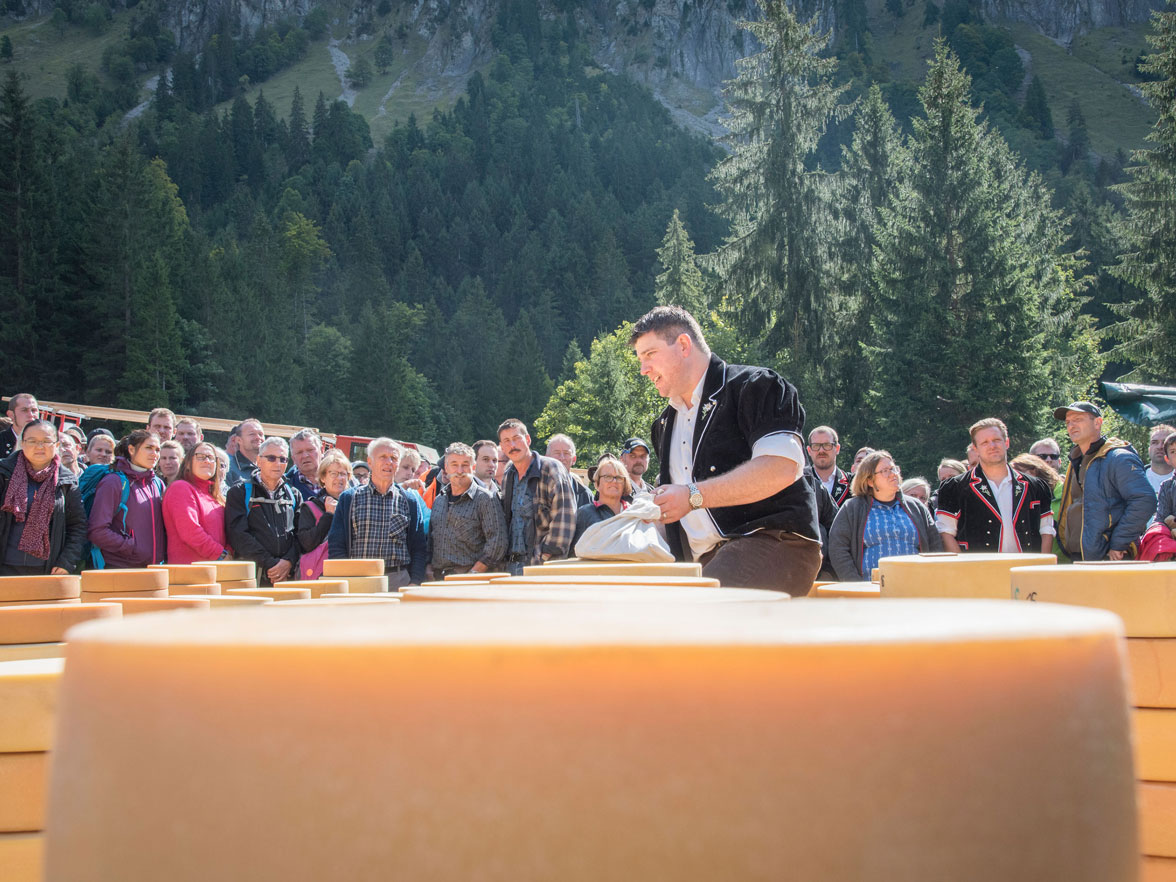 Under the watchful eyes of the cooperative members, Senn Beat Santschi divides up their portions of cheese (2017) © Alpgenossenschaft Justistal/Therese Krähenbühl Alpine farming is collectively organised in many places, whether on the basis of jointly owned property or in the form of farming cooperatives. The summer grazing of livestock belonging to various owners always involves bringing the herds together at the start of the summer and then splitting them up at the end, at the same time as the Alpine produce is shared out. Over the centuries, rituals have developed in connection with both transitions, from private to collective then back again, and these rituals have become traditions in certain places that are still practised to this day. Chästeilet (sharing out the cheese) and Schafscheid (dividing the herds of sheep) are examples of these moments of transition in the Alpine and agricultural calendar. Methods of farming have changed drastically since the first half of the 20th century and in many places there are precious few reminders of the time before these changes. However, in some places the rituals have survived as traditions, partly because they have assumed an importance for the local farming community or for tourists that goes beyond their specific purpose in the Alpine economy. Among the best-known traditions of this type are the ‘Chästeilet Justistal’ in the commune of Sigriswil (Canton Bern) and the ‘Schafscheid Riffenmatt’ in the commune of Guggisberg (Canton Bern).