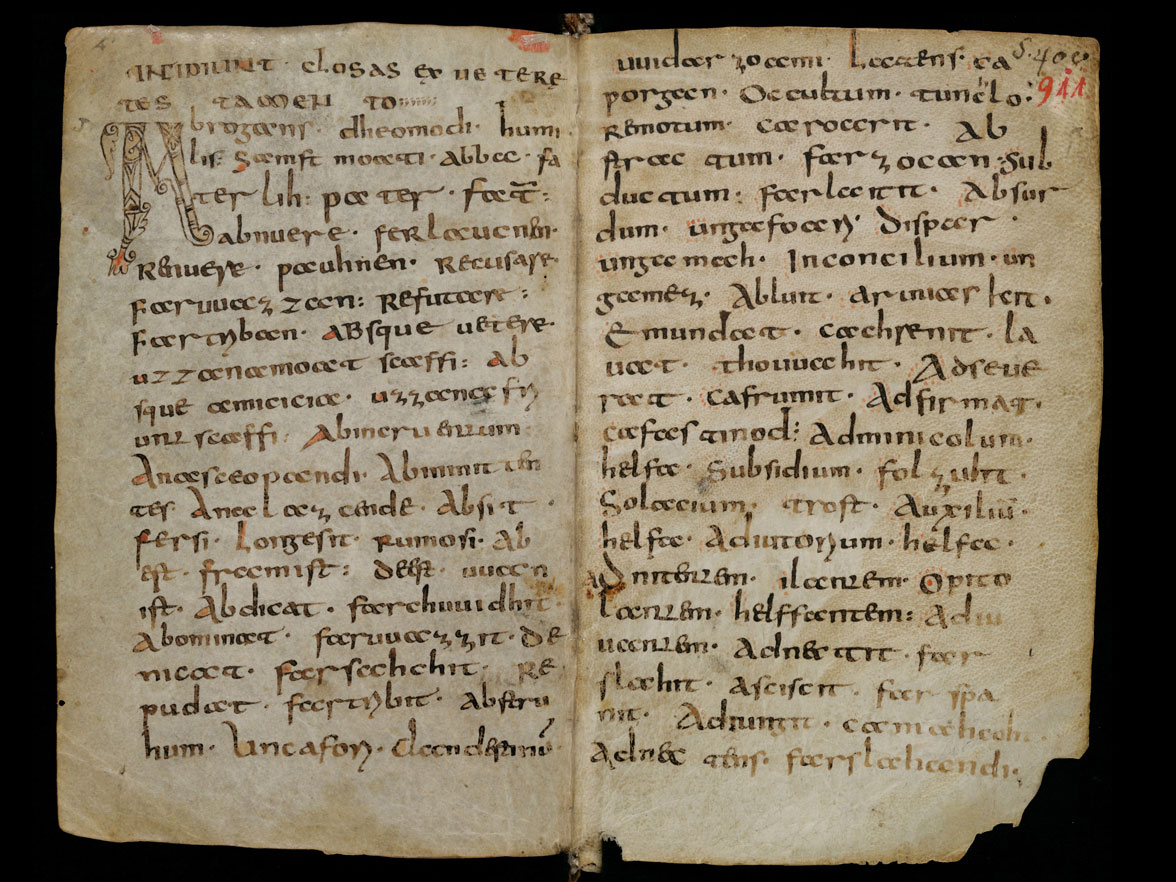 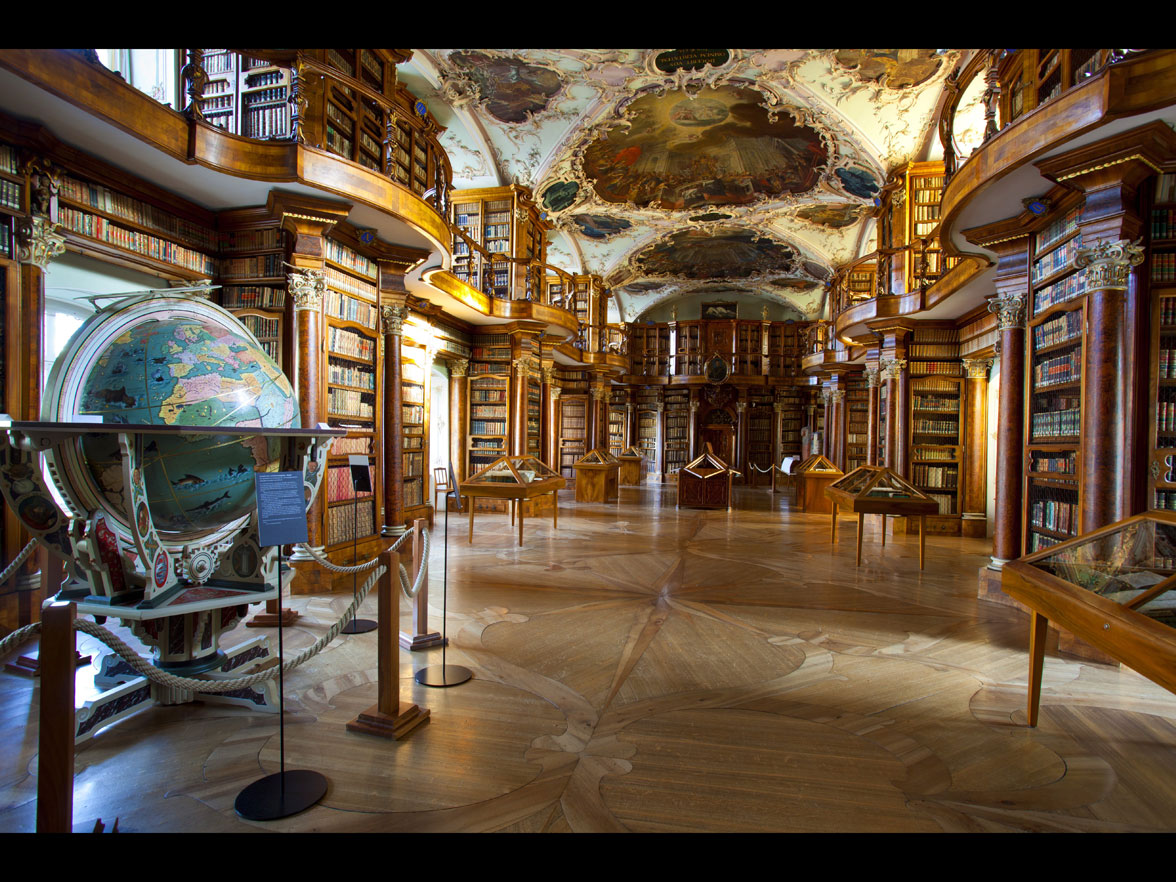 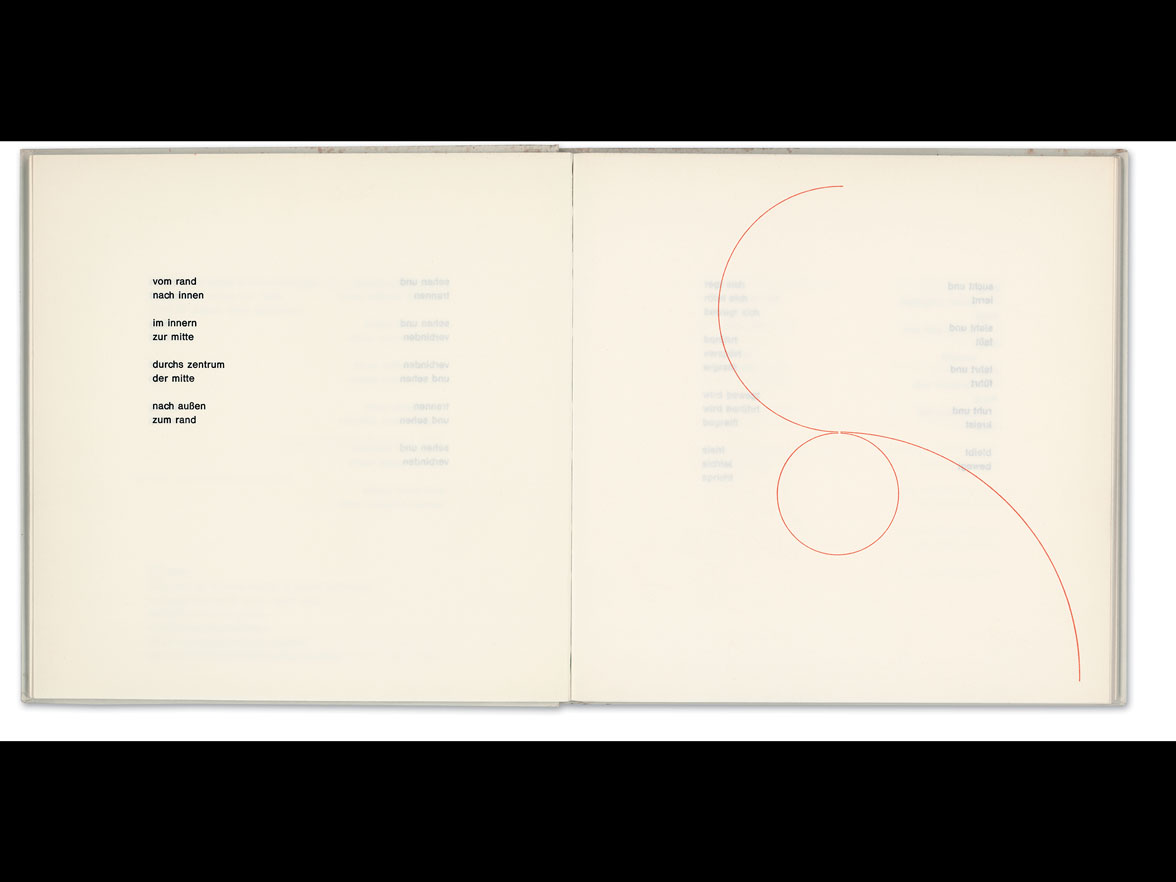 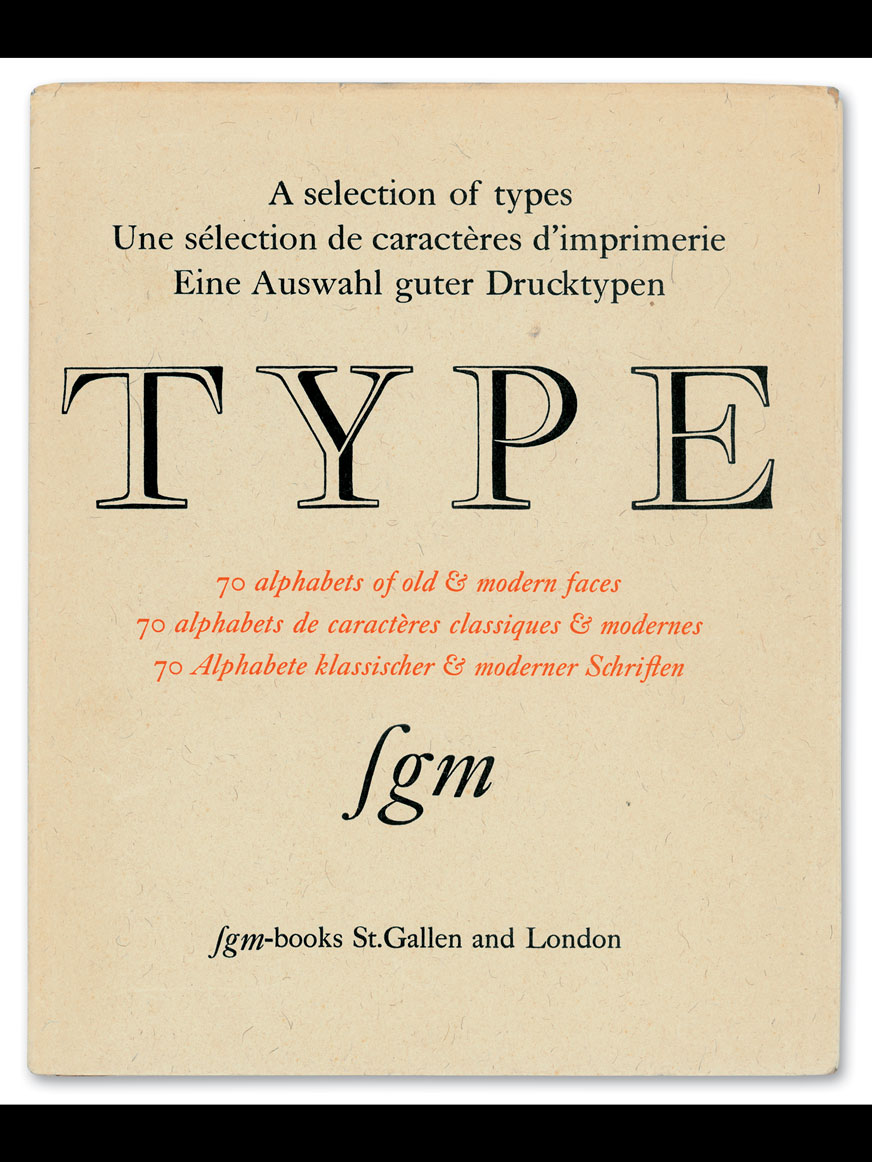 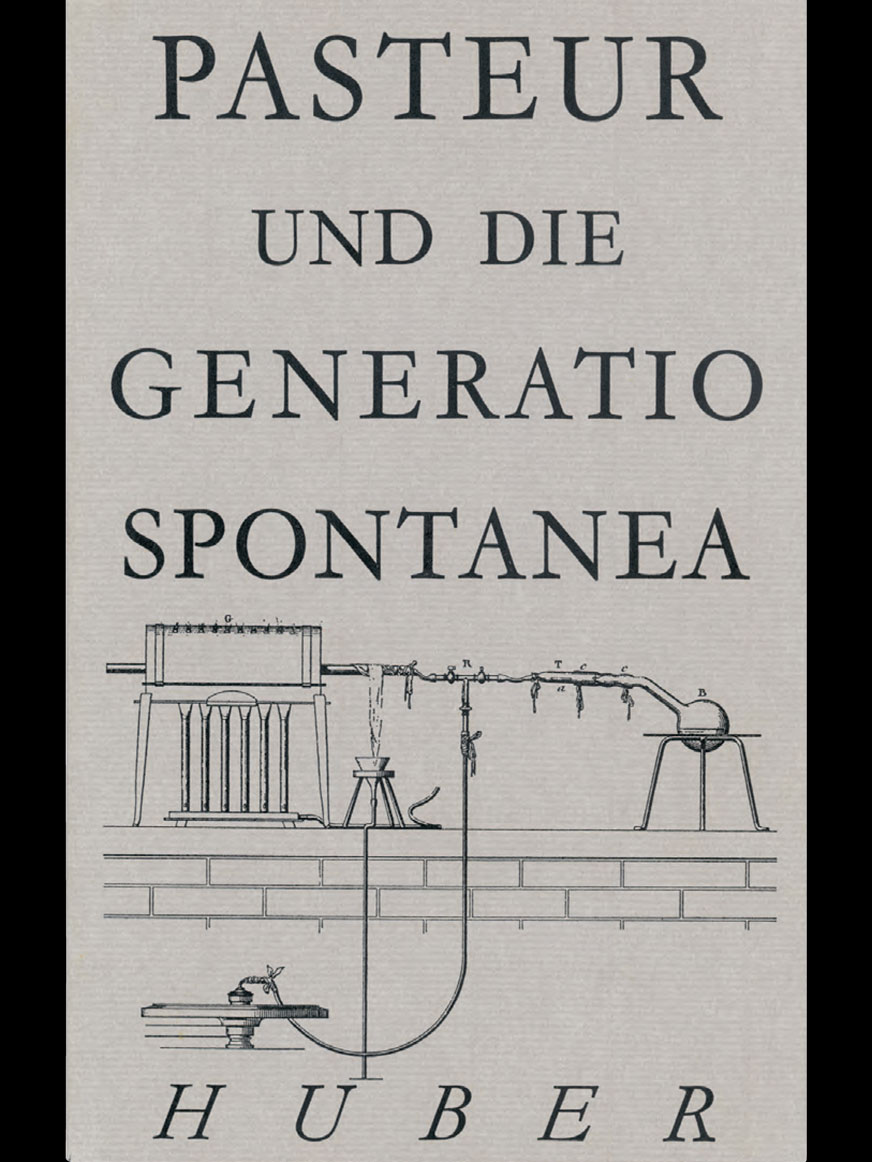 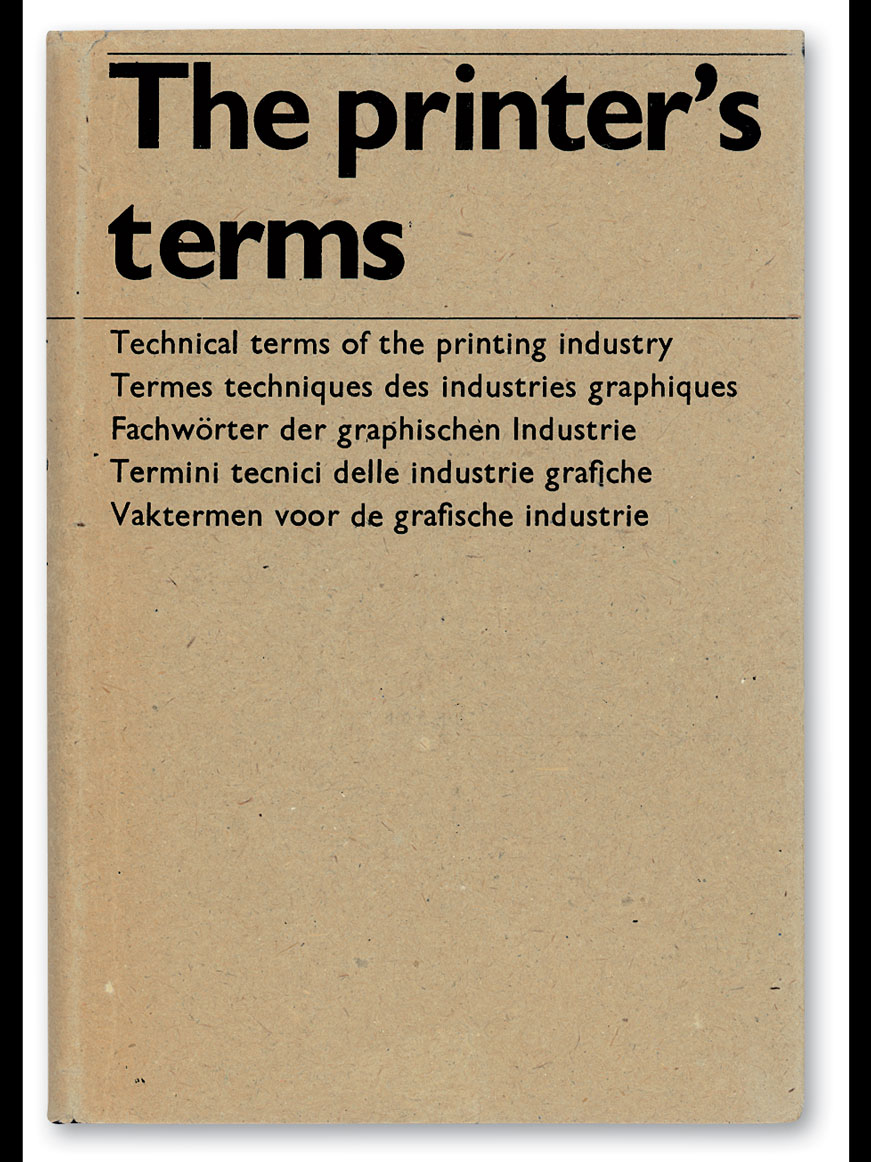 A glossary that attracted international attention when it was published – because of its concept, and its practical clear and at the same time appealing layout. [Rudolf Hostettler: The printer’s terms. St Gallen, 1949] © VGS Verlagsgenossenschaft St.Gallen 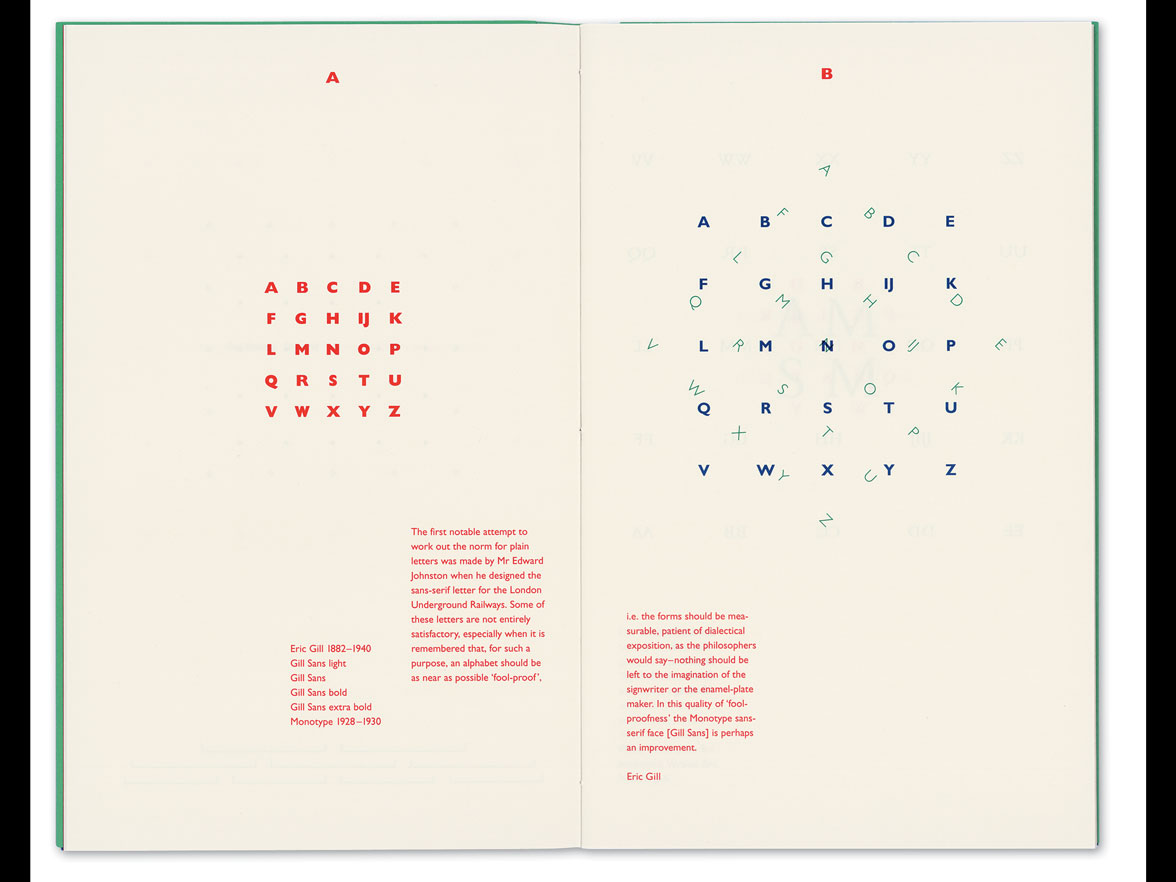 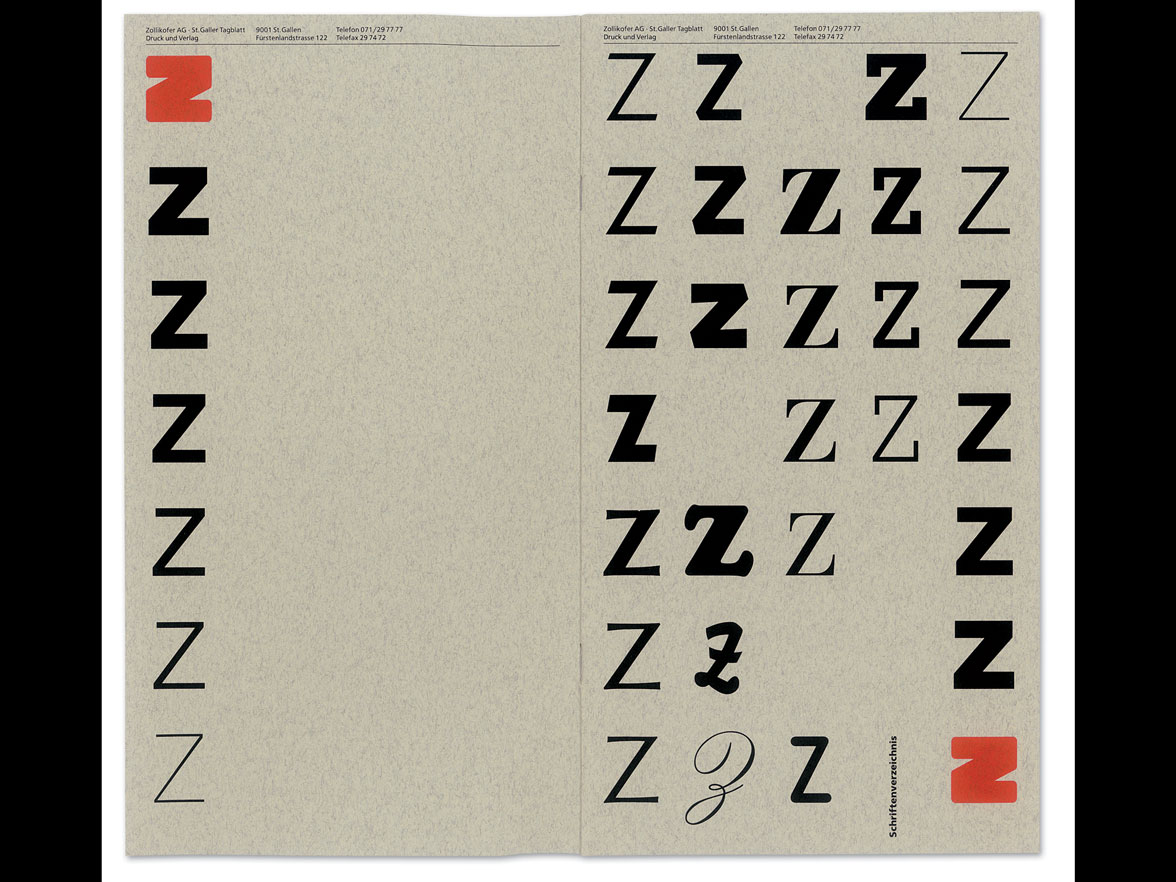 At a time when no printing shop invested in books on font samples, Zollikofer published this directory: 24 pages, stapled together in a grey paper cover; containing the most important information, laid out in a clear and playful way – the work of an expert. [Zollikofer AG, St.Galler Tagblatt: List of publications. St Gallen, 1989] © VGS Verlagsgenossenschaft St.Gallen 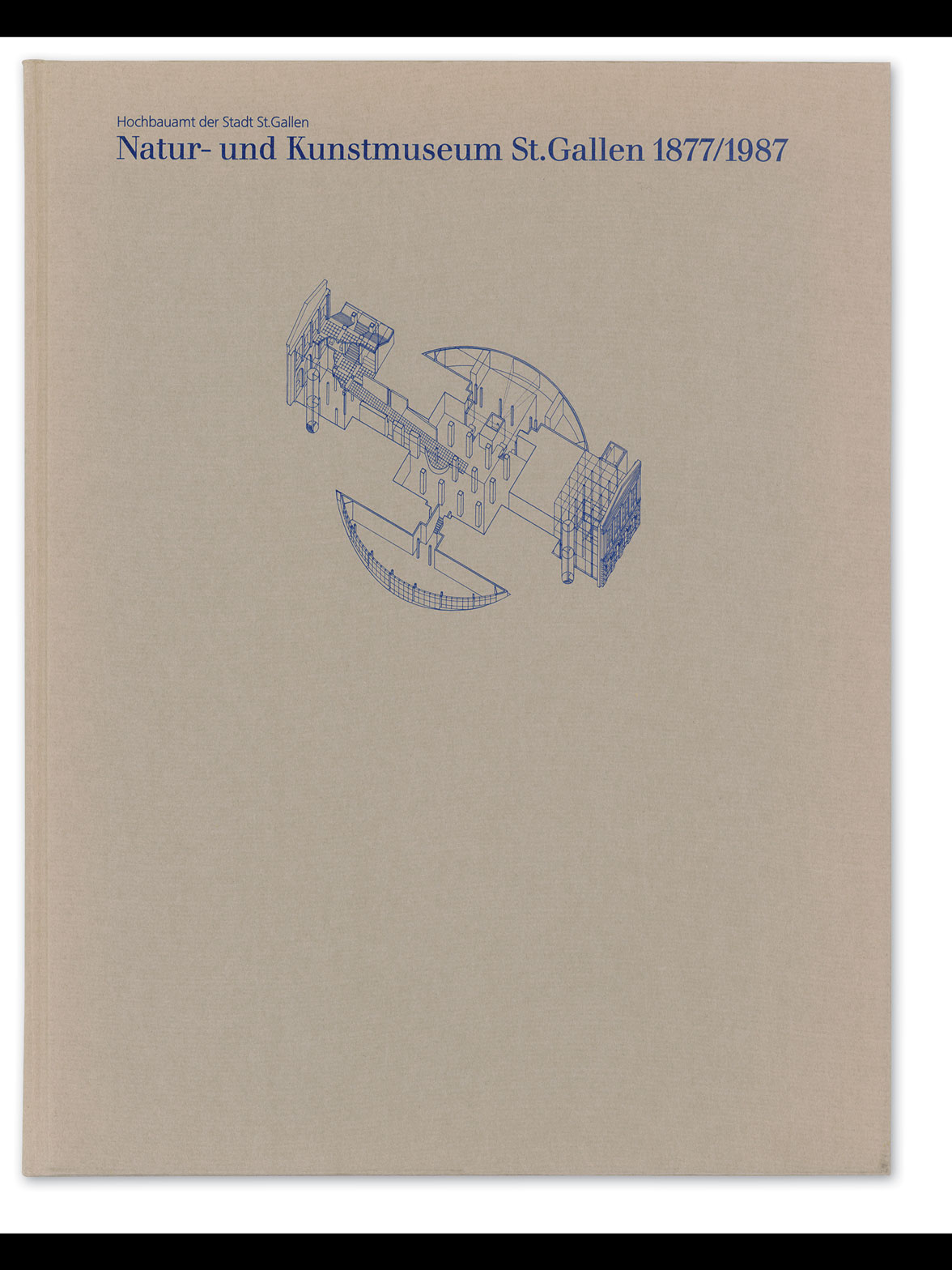 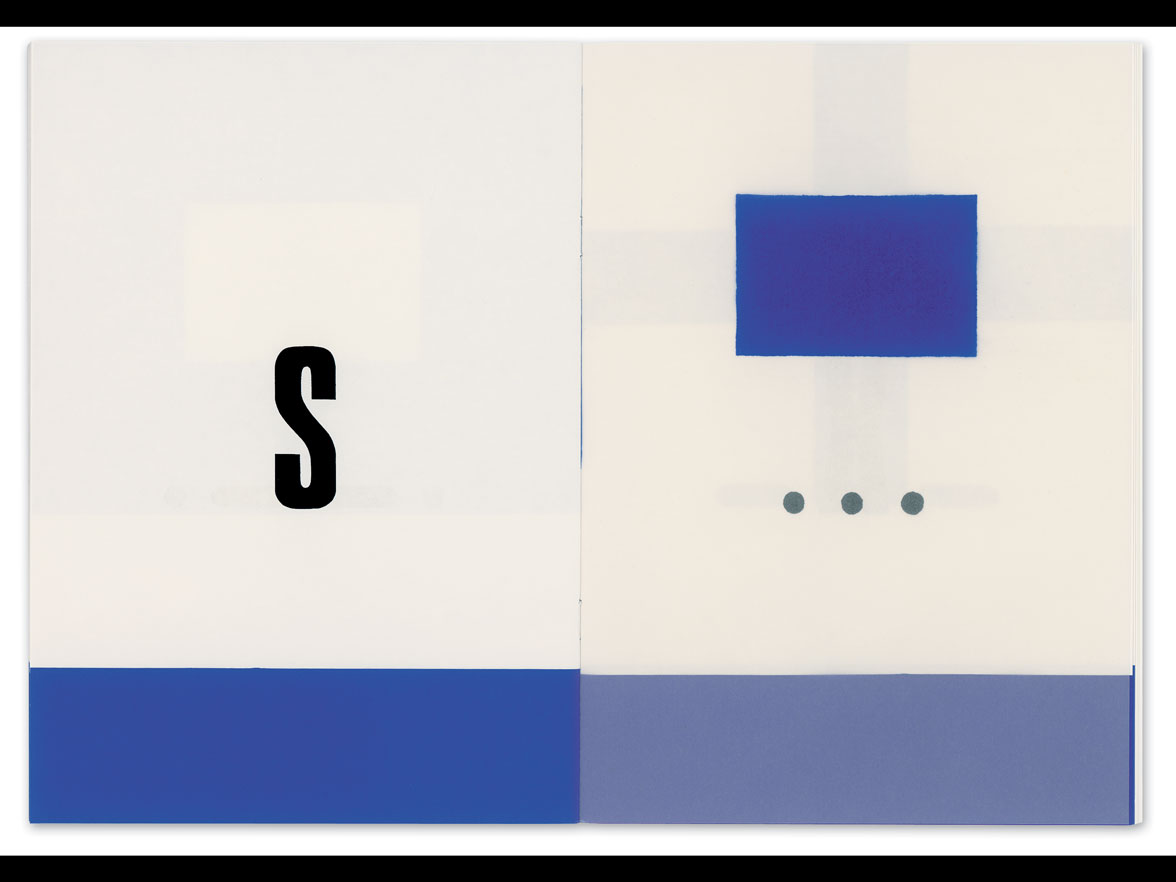 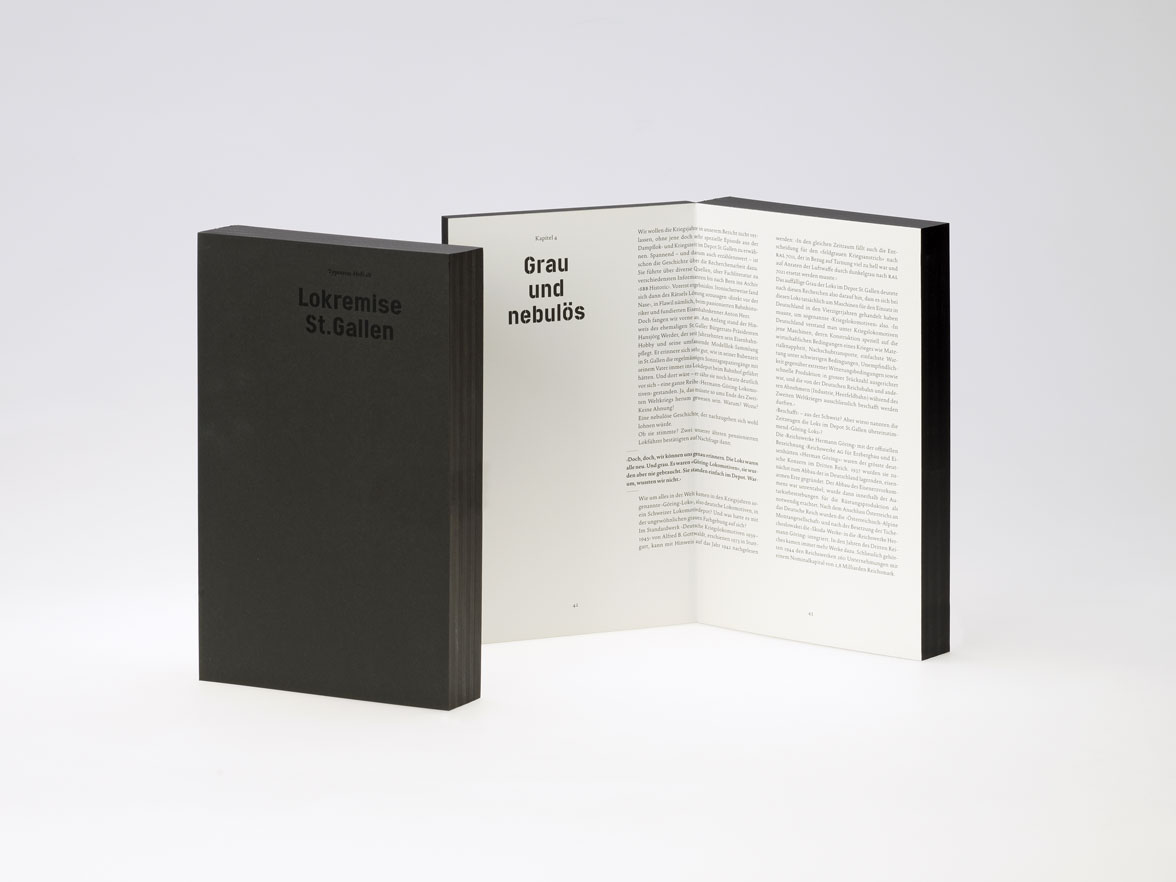 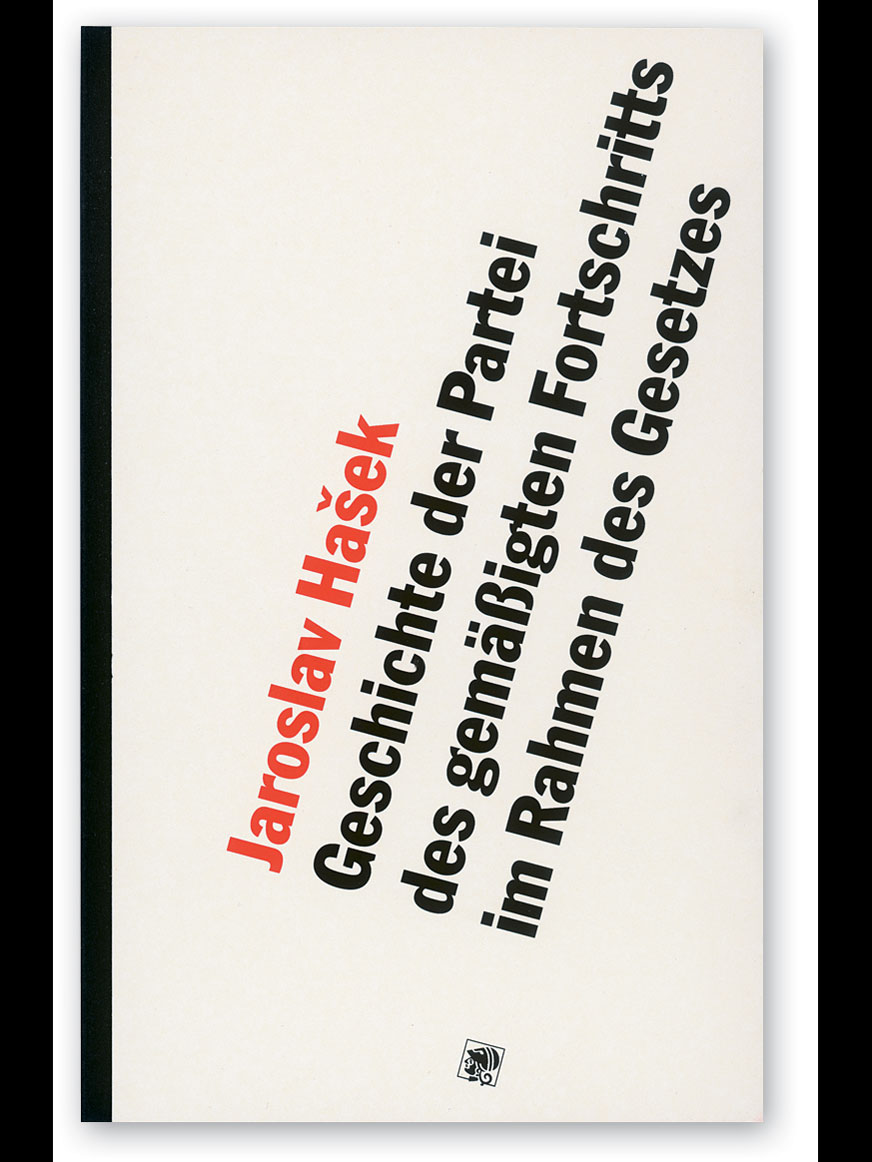 The designer has gone all out in creating a fitting layout for this satirical novel a fitting form with palpable joy. [Jaroslav Hašek: Geschichte der Partei des gemässigten Fortschritts im Rahmen des Gesetzes (The Party of Moderate Progress Within the Bounds of the Law). Berlin, 2005] © VGS Verlagsgenossenschaft St.Gallen

The production of books has a long-standing tradition in St Gallen. Testimony to this are the city’s various libraries, which still hold a historical treasure trove of artistic manuscripts, wonderful examples of the earliest printing techniques and important holdings of contempo-rary book design. Well-known historical personalities shaped this tradition, among them numerous book artists of the early medieval monastery of St Gallen, but also the reformer, mayor and poet Vadian, whose book collection became the foundation of the Vadiana can-tonal library. One of the oldest newspapers in Europe, ‘Annus Christi’, was printed in the Imperial Abbey of St Gallen in Rorschach.

In addition, book design with sophisticated typography has a long tradition in St Gallen. For centuries, world-famous institutions and book designers have worked here, stimulated con-temporary discourse and attracted international attention with their books. Institutions such as the Henry Tschudy publishing house and book designers such as Rudolf Hostettler, Max Koller, Hans-Peter Kaeser and Jost Hochuli have shaped the tradition of books in St Gallen. Their students, including Gaston Isoz, and the agency TGG Hafen Senn Stieger continue this tradition, and young designers keep the book culture in sync with the times.