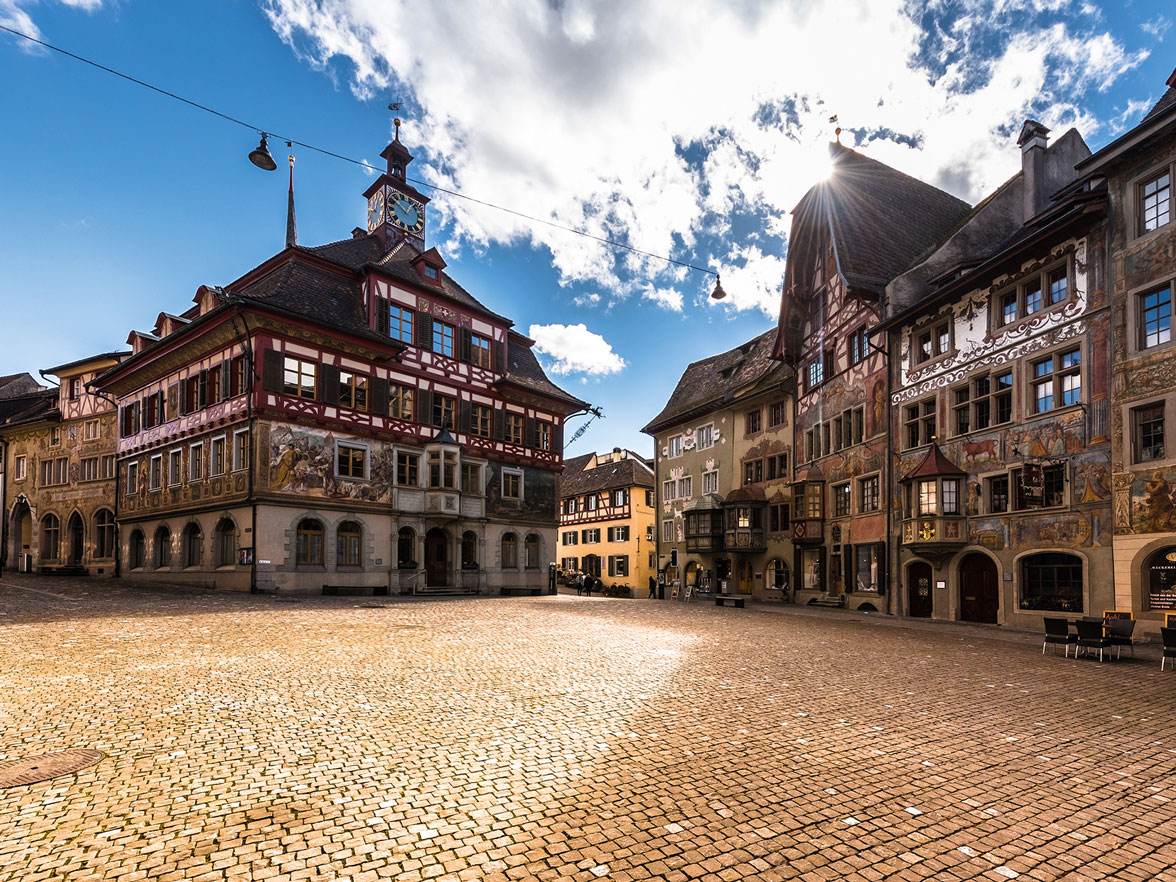 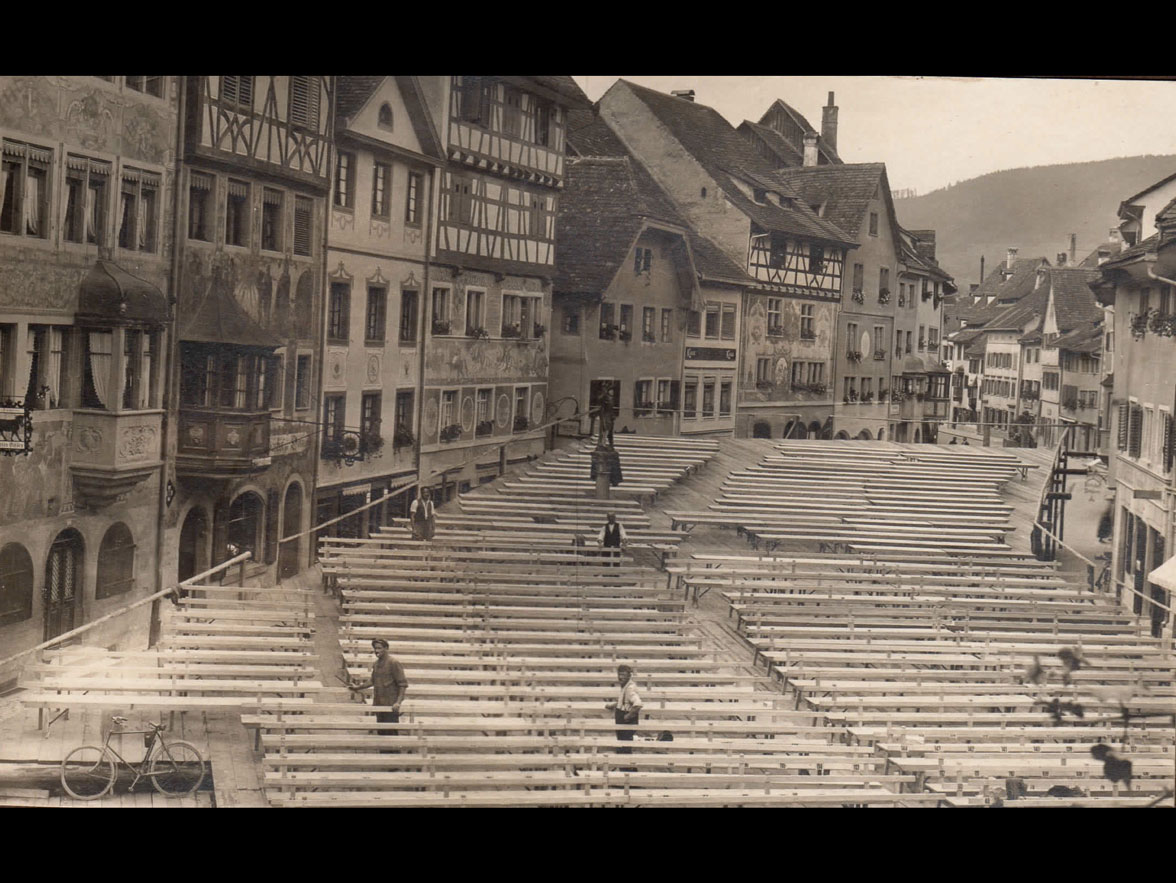 Construction of the wooden grandstand for the performance (Stein am Rhein, 1924) © No e Wili Verein Stein am Rhein 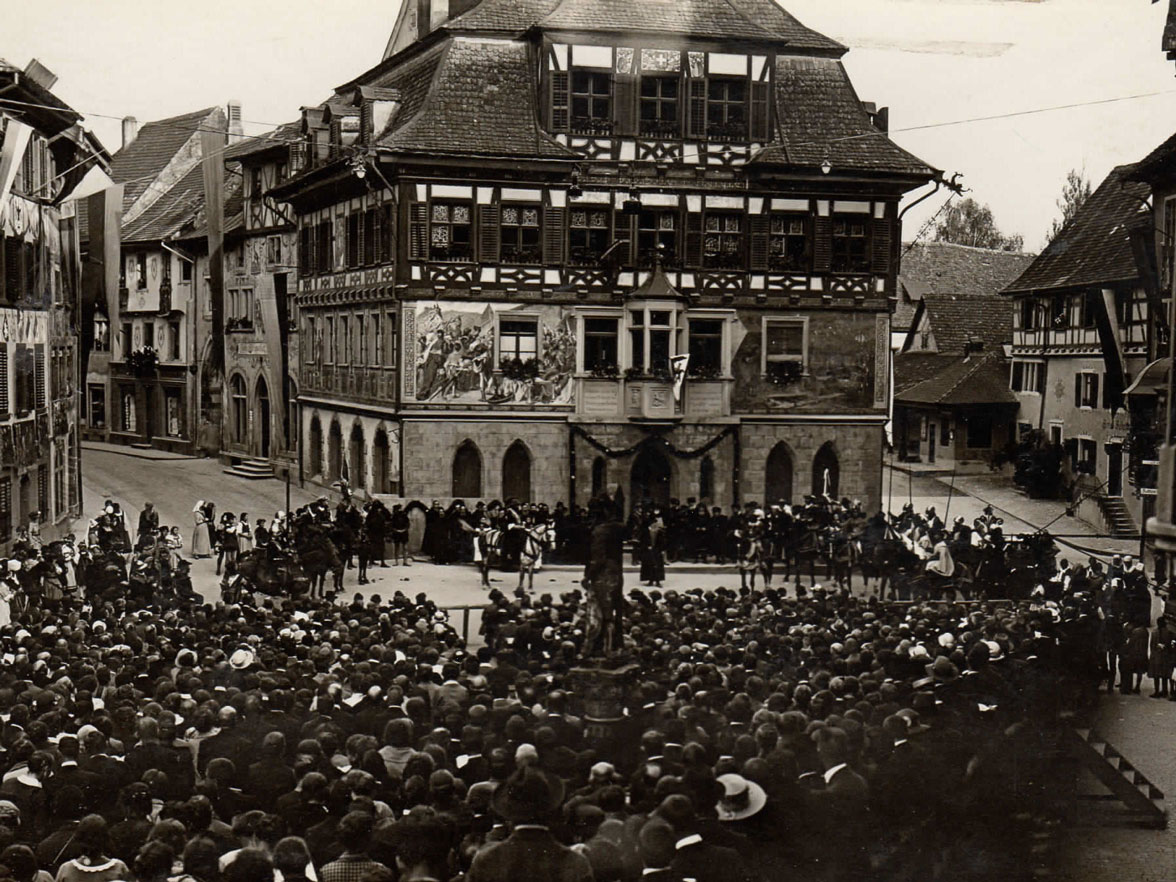 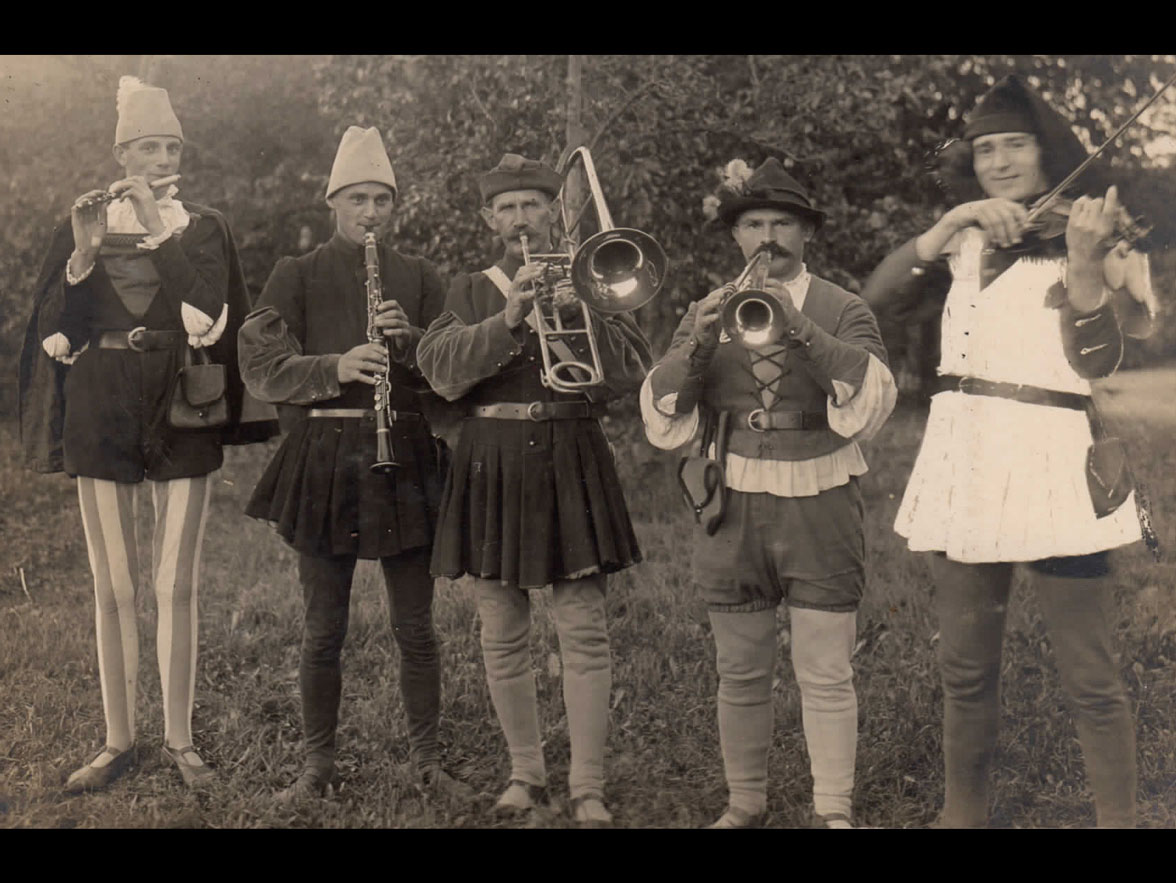 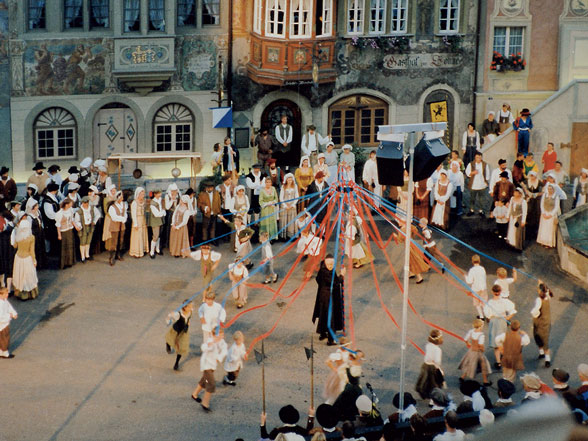 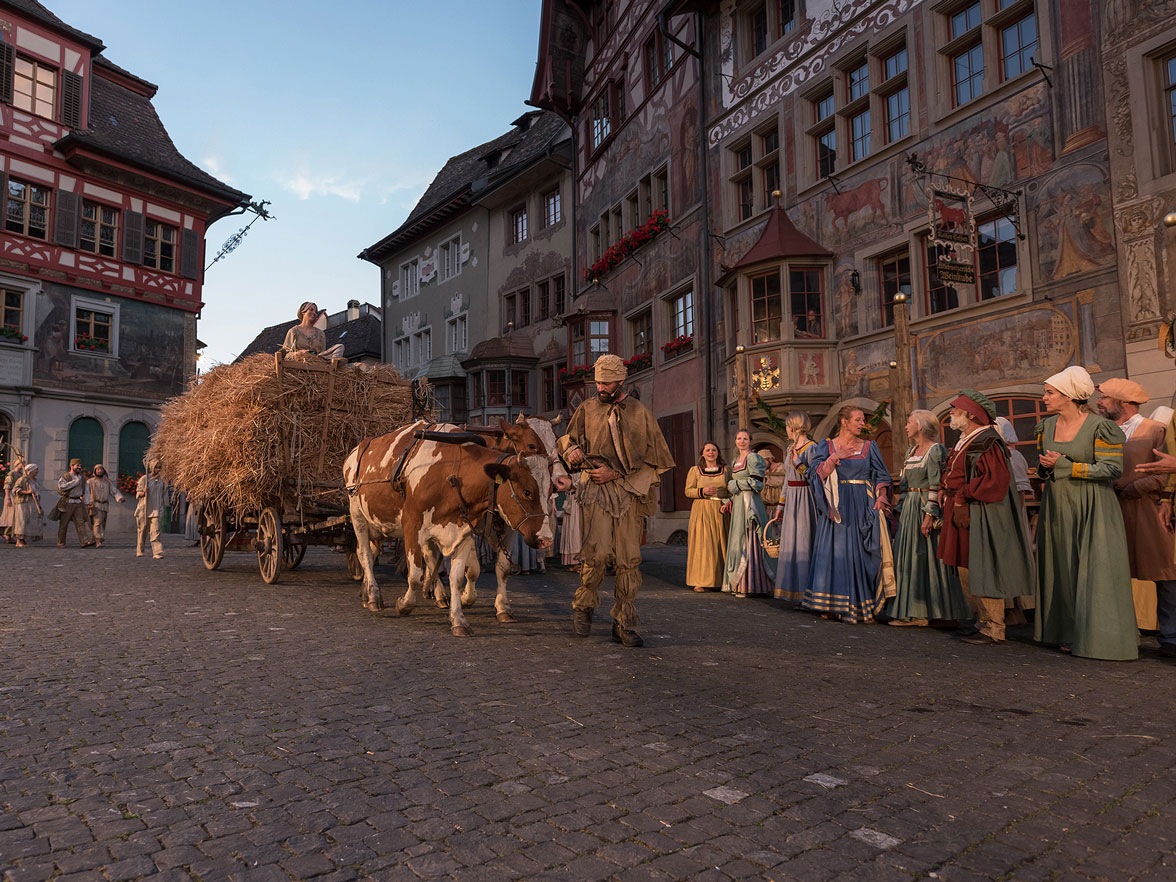 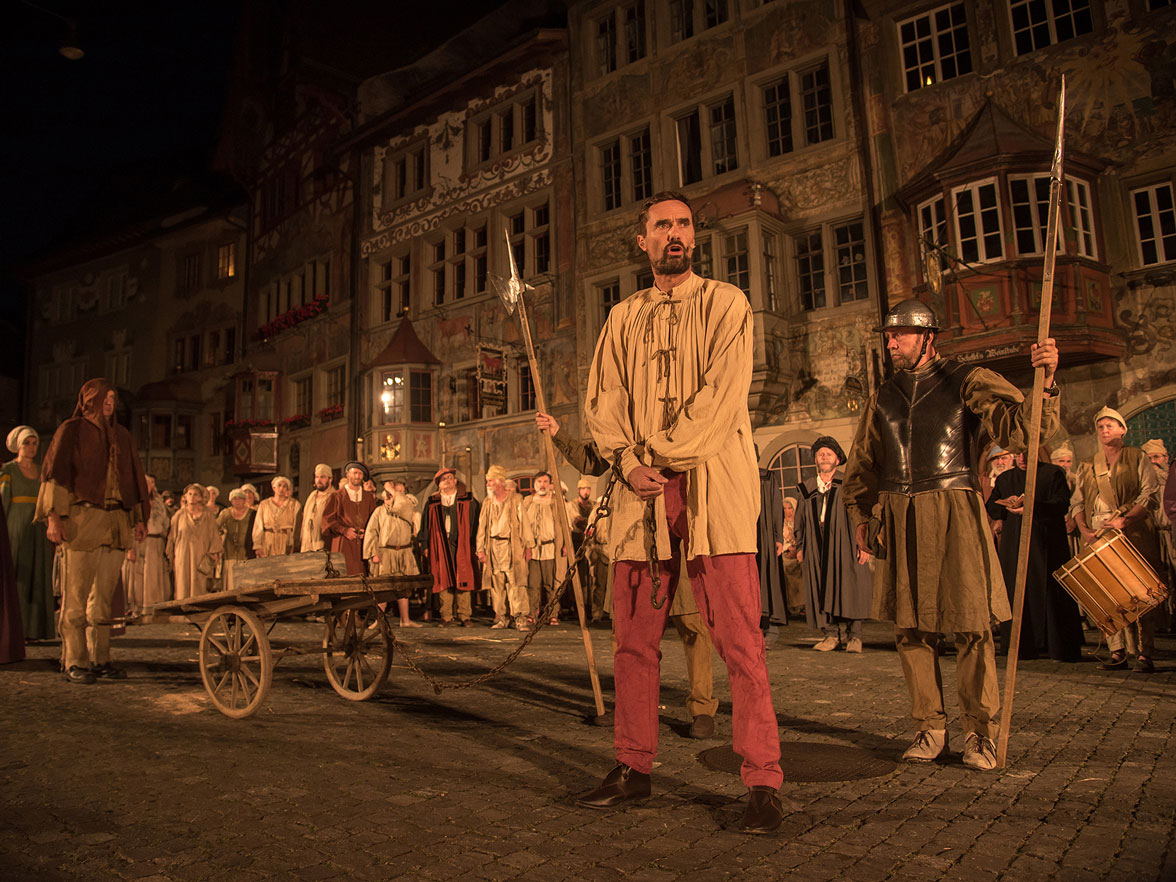 ‘No e Wili’ is one of the most traditional events in the Swiss open-air performance scene. It has been held at irregular intervals since 1924. More than 123,000 people have seen the eight productions so far. After the first performance in 1924, performances were held in 1930, 1957, 1986, 1991, 1998, 2007 and 2016. Up to 300 amateur actors and more than 100 support staff from the region bring the Middle Ages to life against the unique backdrop of Stein am Rhein’s Town Hall square. The performance is a thrilling saga, which is based on the traditional history of Stein am Rhein from the 15th century. The author of the open-air play is Heinrich Waldvogel (1891–1981), who was a town archivist from Stein am Rhein. In 1924, he adapted the ‘No e Wili’ saga into a play with four acts. ‘No e Wili’ means ‘just a bit longer’. In 1478, a baker is said to have shouted this to buy time for the people of Stein am Rhein loyal to the Confederation so that they could successfully defend themselves against a Habsburg invasion instigated by their treacherous mayor Hans Laitzer. Since November 1981, an association has been responsible for periodically organising the open-air performance. The last production in 2016 took place as part of the medieval festivities held to mark the 600th anniversary of the Council of Constance.