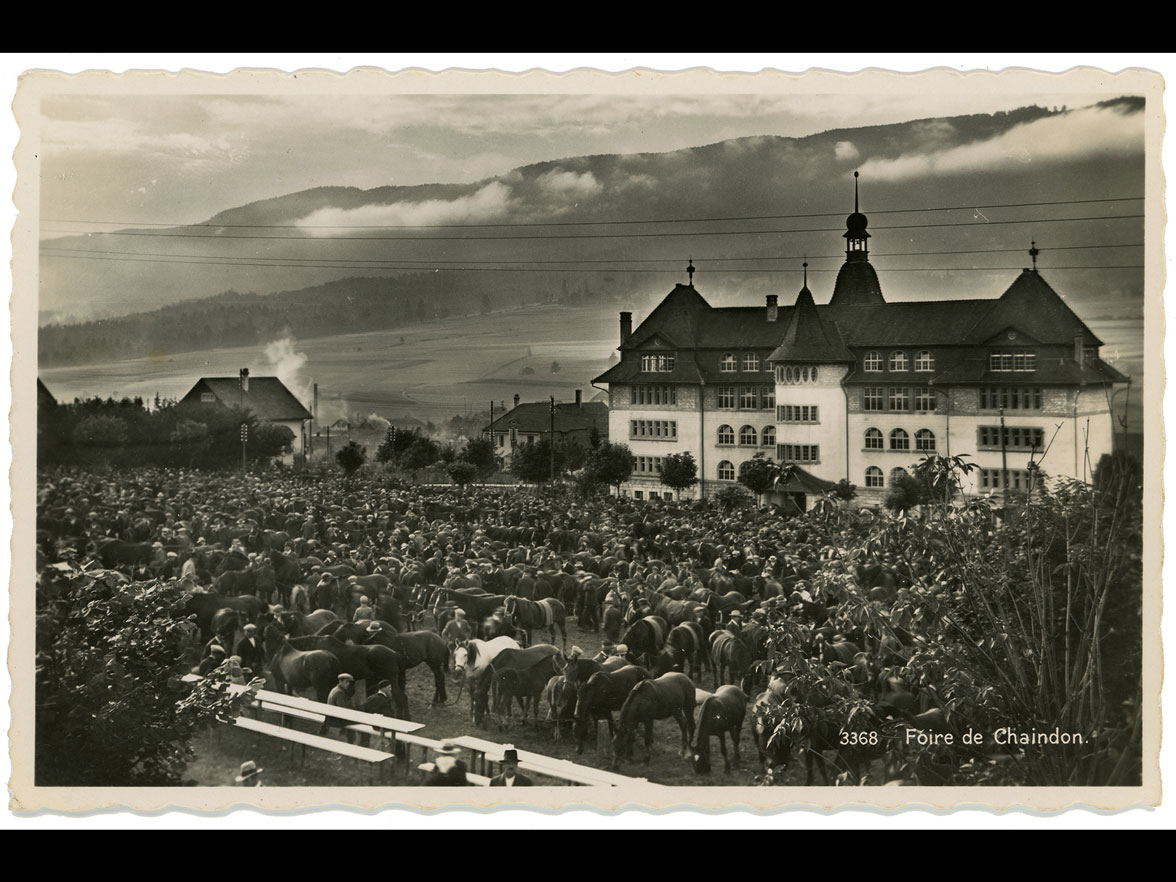 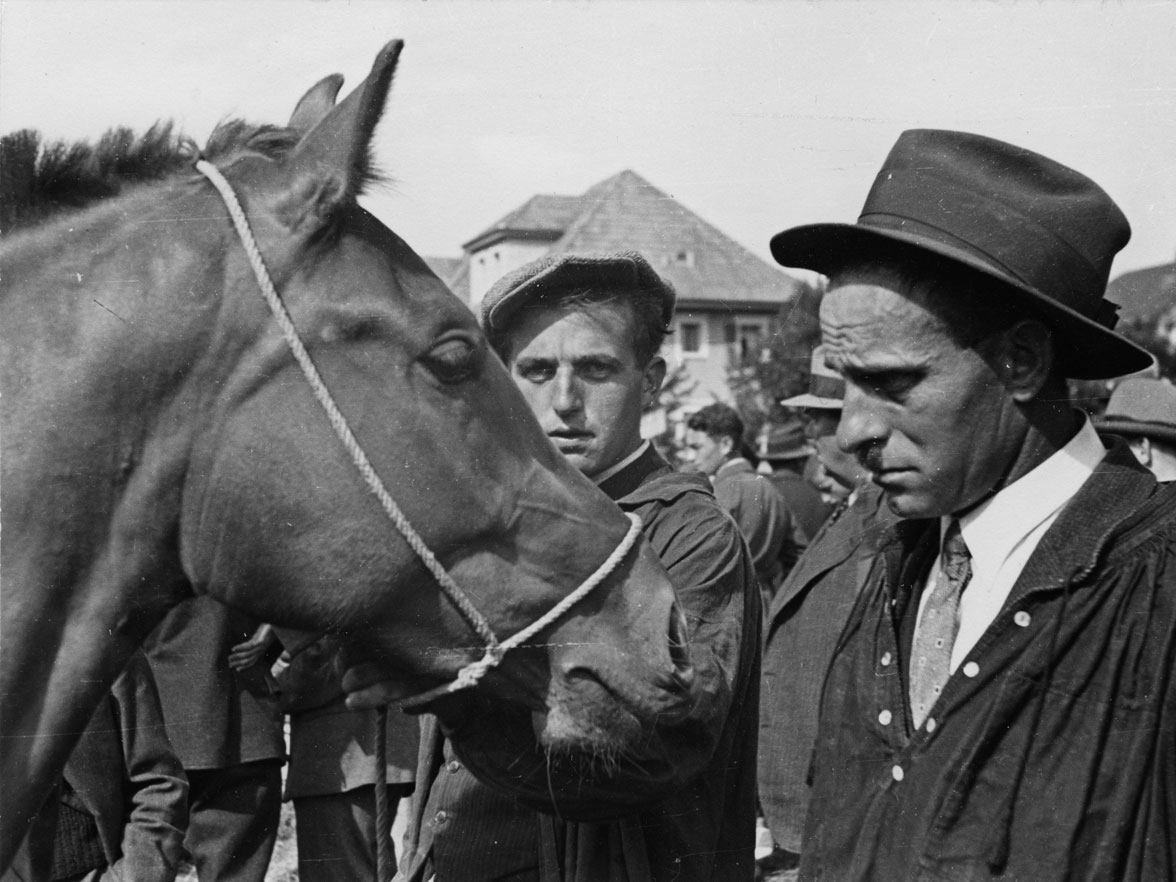 The photographer Jean Chausse published a book with Philippe Monnier; this work, which appeared in 1947 and was printed by Robert printing house in Moutier, is one of the most attractive records of the Chaindon Fair (Reconvilier, 1947) © Mémoires d’Ici, Fonds Jean Chausse 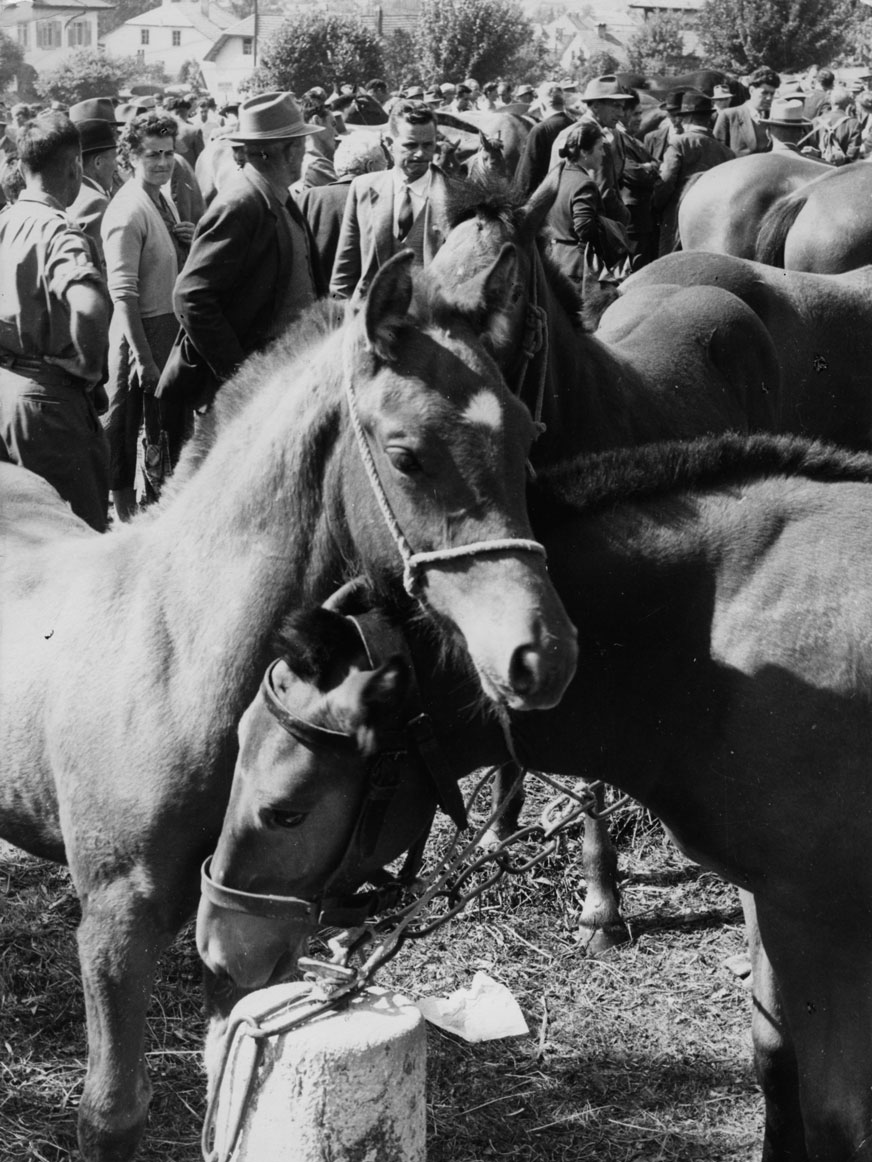 The market for smaller livestock includes not only sheep and goats, but also rabbits, chickens and other small animals (Reconvilier, 1992) © Mémoires d’Ici, Fonds Enrique Cuadros 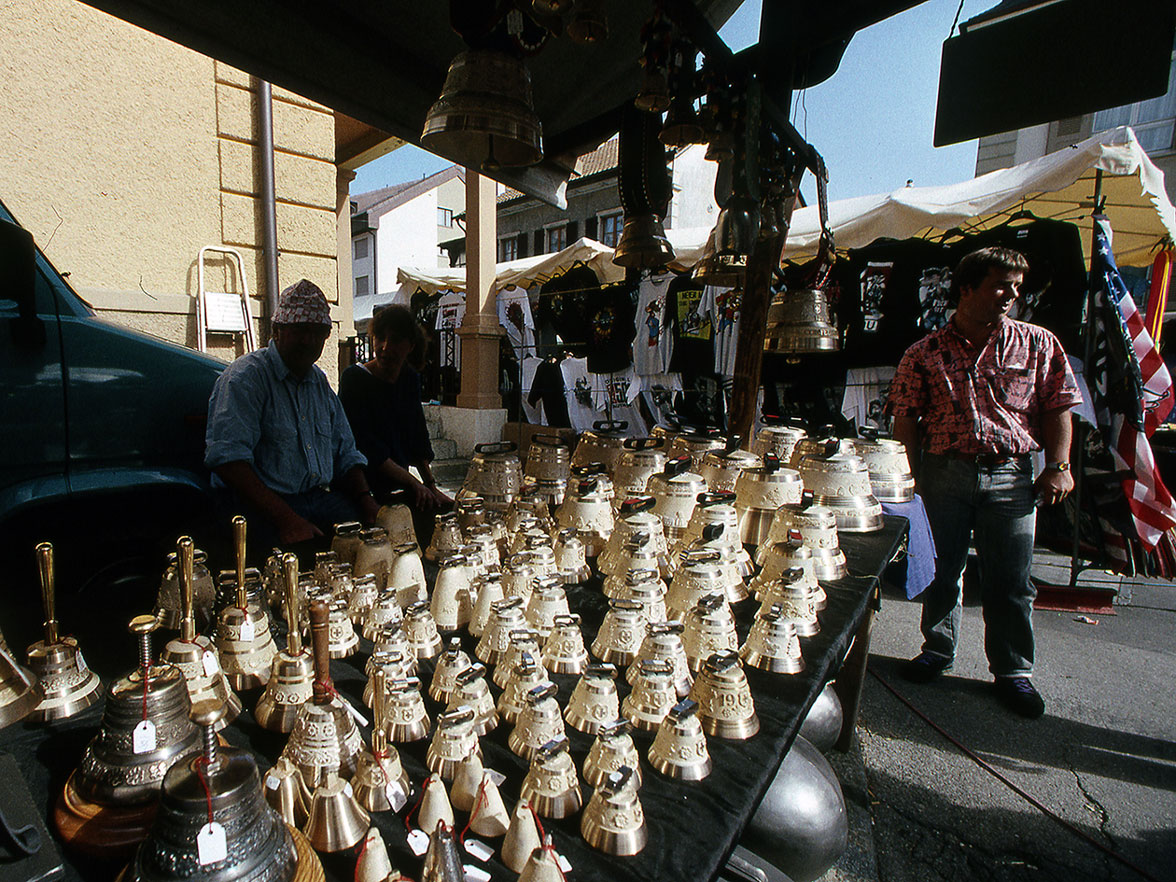 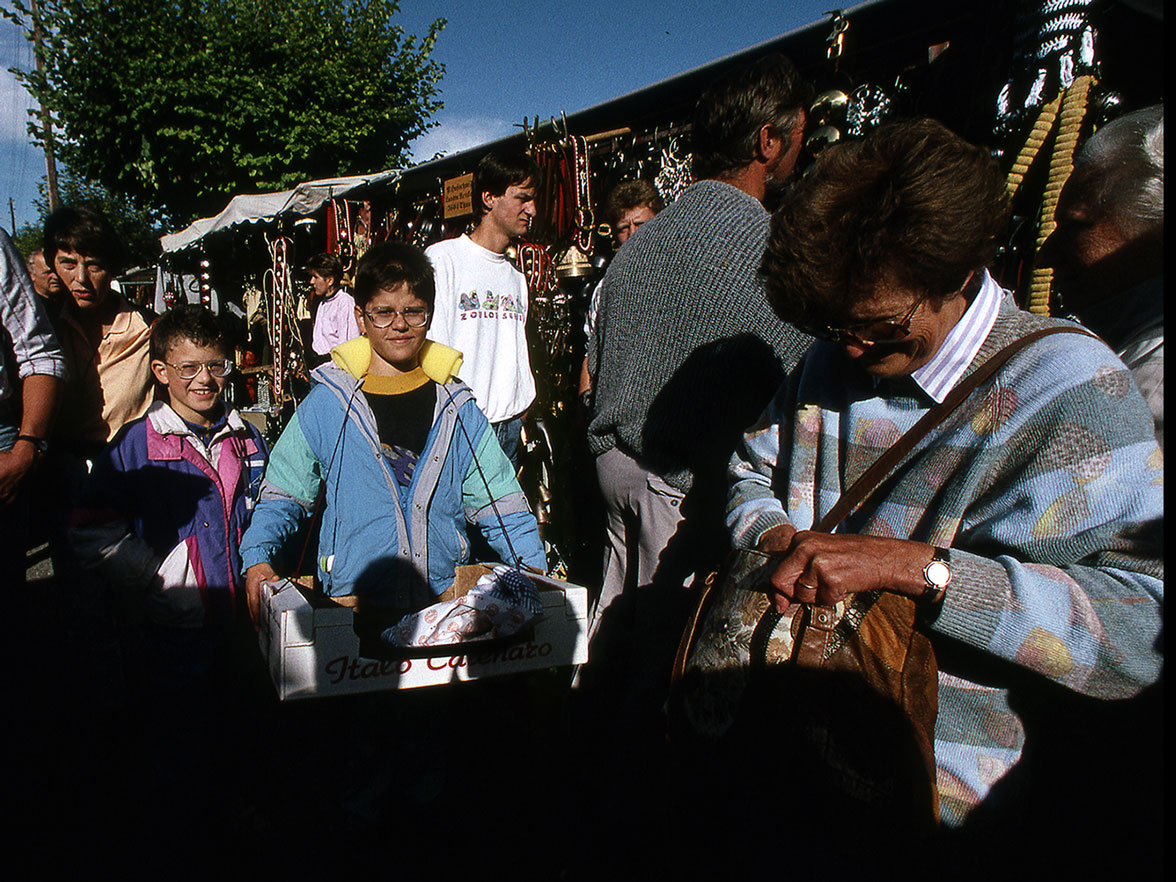 Cheese flans, hawked around by the schoolchildren of the village (Reconvilier, 1992) © Mémoires d’Ici, Fonds Enrique Cuadros 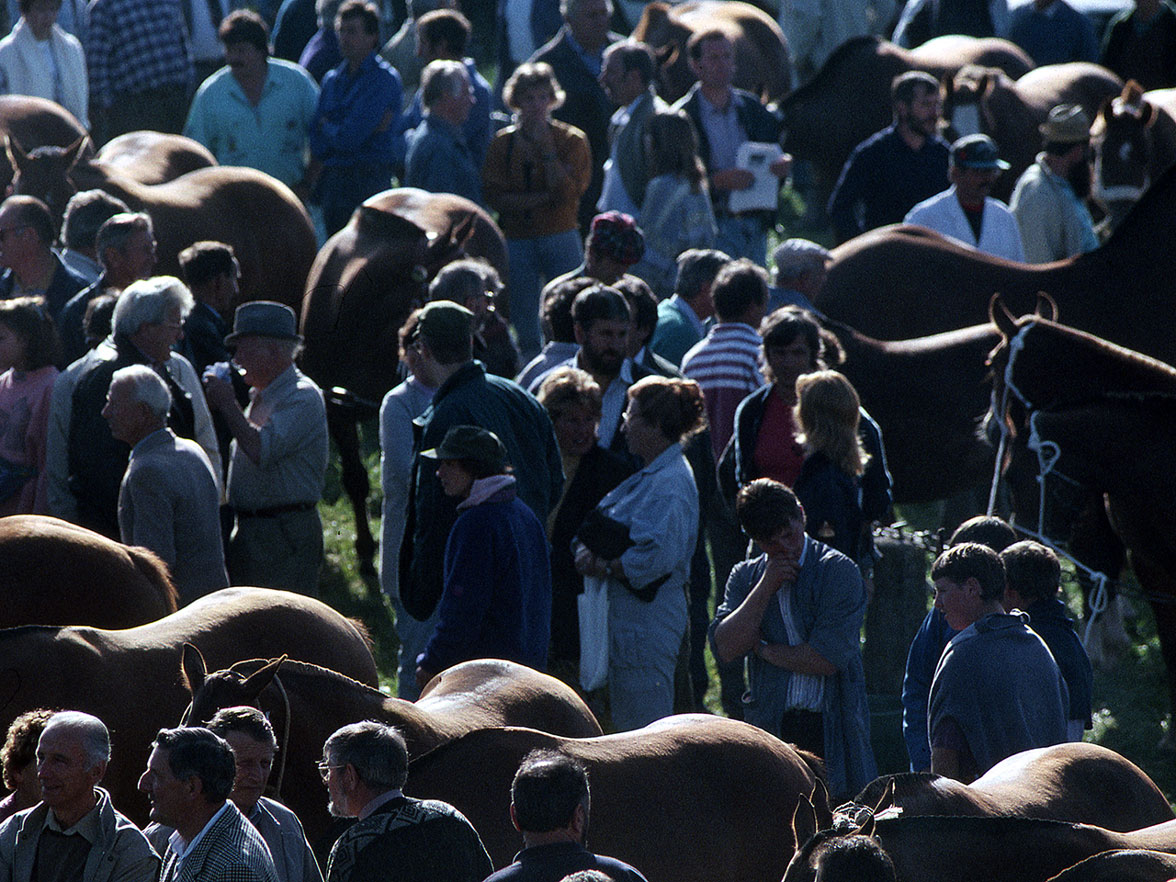 To this day, the horses attract visitors to the Chaindon (Reconvilier, 1992) © Mémoires d’Ici, Fonds Enrique Cuadros 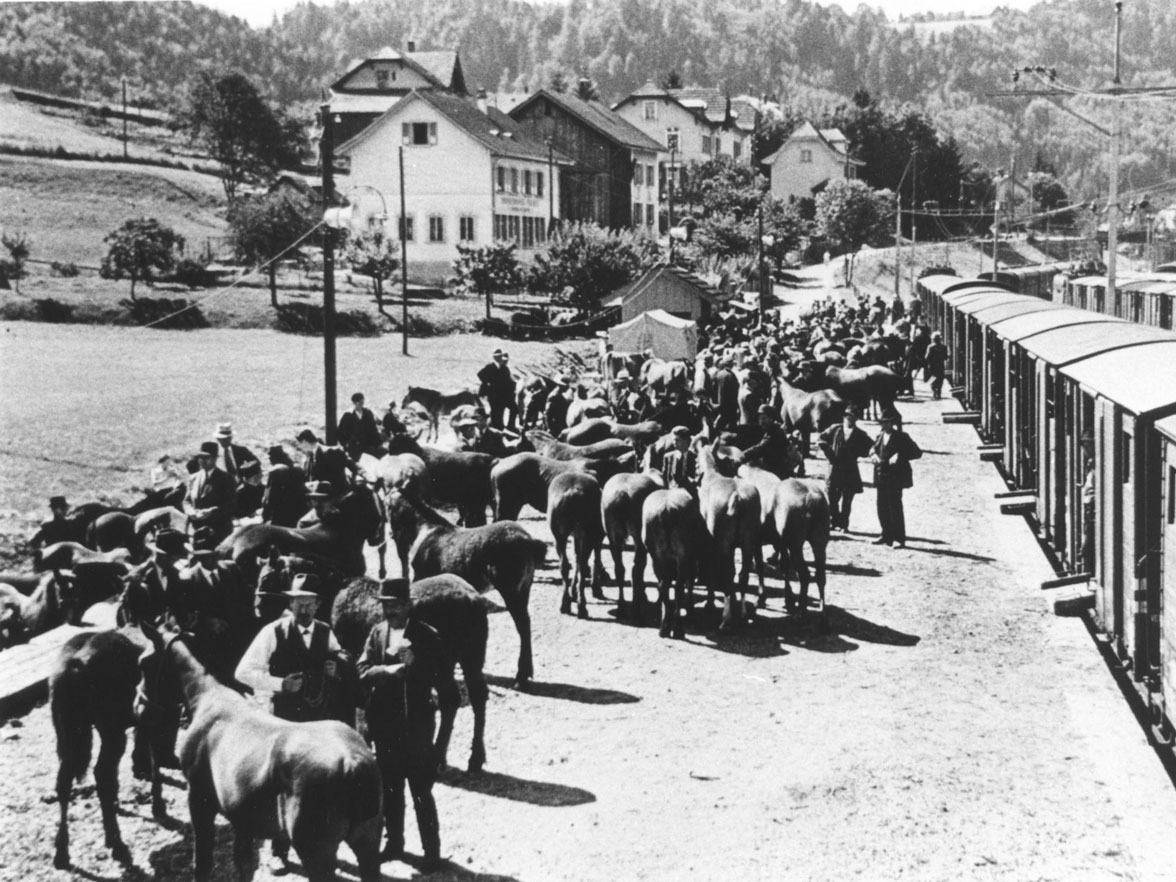 The Chaindon Fair, more commonly called ‘the Chaindon‘, is an agricultural fair with a livestock market that is held in Reconvilier, in the Bernese Jura, every first Monday in September. The fair takes its name from the former hamlet of Chaindon, which was once separate from the village of Reconvilier. Records indicate that the fair was being held back in the first half of the 17th century, but it is certainly of older origin. It owes its reputation to its horse market, which grew to such a size that it became one of the most important in Europe.

Despite the mechanisation of agriculture in the second half of the 20th century and the disappearance of cavalry from the Swiss army, the Chaindon Fair remains an important event that attracts tens of thousands of visitors every year, not only from the region, but also from the rest of Switzerland and abroad. The livestock market always starts at dawn on the first Monday in September, at 5.30 exactly. The animals put on view outside the college, while the rest of the fair begins in all the other streets of the village. The day, long devoted to farming matters, is still an important event for farmers, who look forward to meeting each other there.